From starting a YouTube channel to writing her first single, Sophie Burrell explains how she went from idolising Mark Tremonti to earning her very own PRS endorsement. 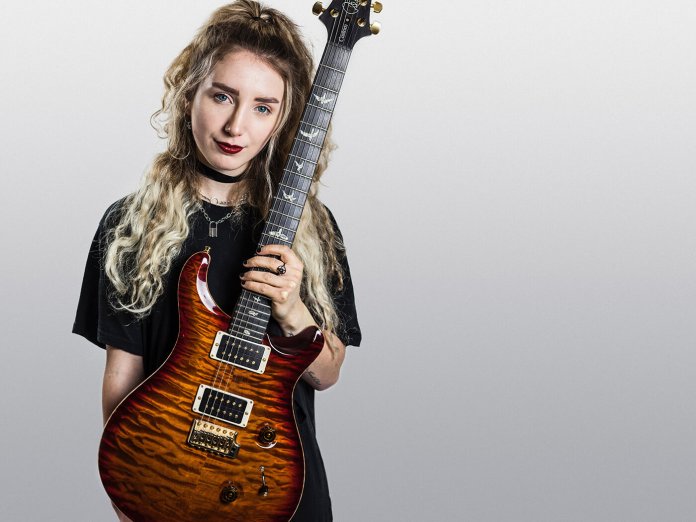 Tell us about growing up a guitar fan.

“Guitar has been a really big part of my life for as long as I can remember. When I was five, I watched the movie School Of Rock, and since that age I knew what I wanted to be. You know when you’re in primary school and they have those ‘Dress up as what you want to be when you grow up’ days?”

“I have a distinct memory of going as ‘Rock Chick’ and Mum putting in colourful hair extensions and stuff like that. So, I knew from a super young age that I wanted to be in the music industry.”

“The social stuff didn’t come into play until later on. I started making videos for fun when I was maybe 14 – I didn’t take it very seriously and I wasn’t on an uploading schedule or anything like that. It only started becoming a serious thing, I’d say, when I was 18 or 19.

You recently released your first single, Tranquility. What was the inspiration behind it?

“I went to see a gig – it’s not even last year now, it would’ve been October 2019. The line-up was Periphery and Plini. I was watching Plini’s set – this was the first time I’d seen him – and I was just absolutely in awe of it. I was like, how can instrumental music just be so captivating like this? I went home the next day and started writing Tranquility, because I was like, ‘I want to do something like that!’”

You’re a PRS artist, how long have you been a fan of the brand?

“My love for PRS goes back quite far. I first saw PRS about when I saw one of my idols playing PRS guitars – Mark Tremonti – and I was absolutely captivated by the birds on the fretboard. I was like, what are those guitars? I want one, that’s crazy! So, I started looking into it when I was 12, I was going to get a Tremonti signature PRS. I saved up all my lunch money for about a year or two and I got one. That’s where the love started.” 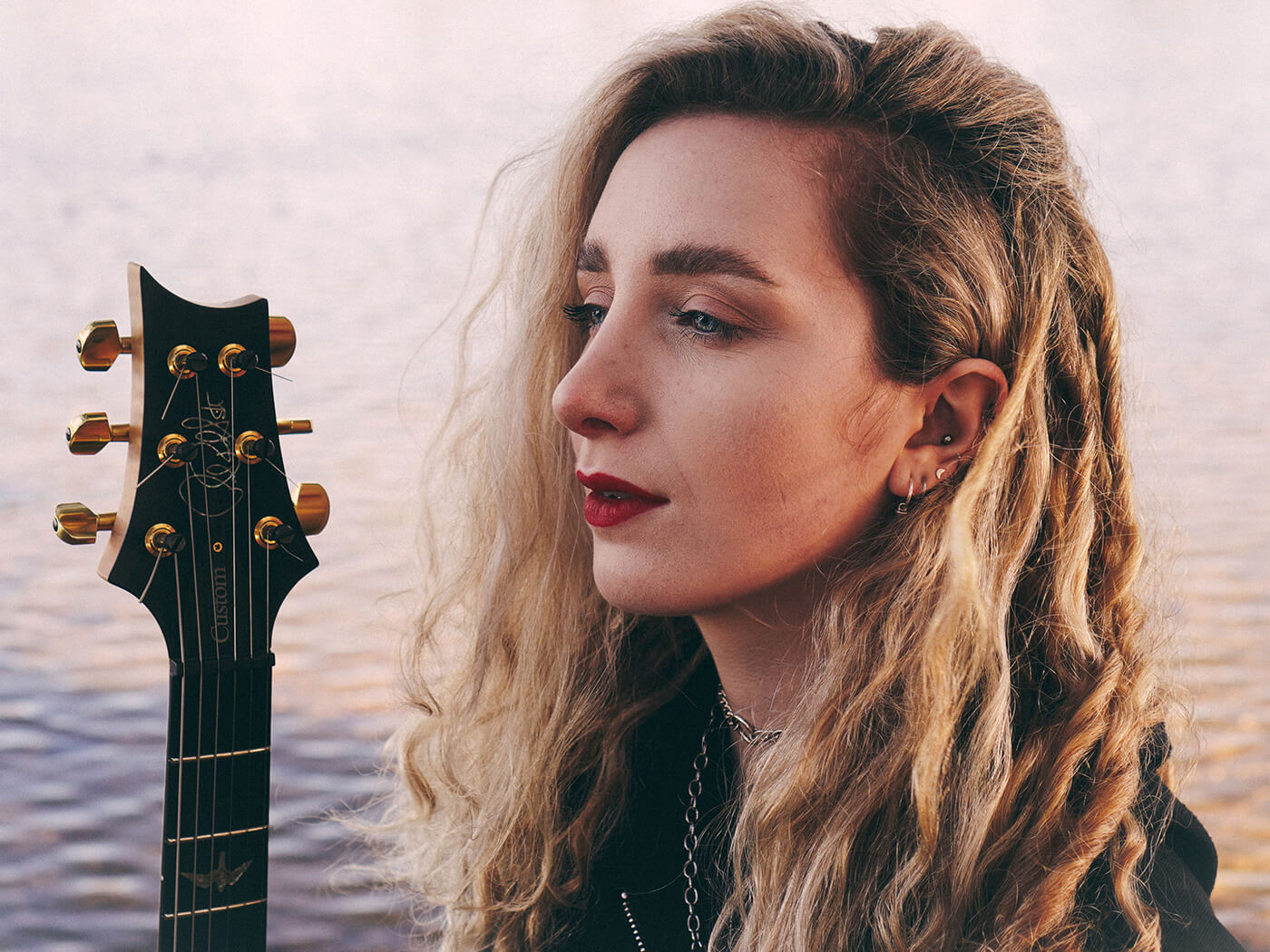 What about amps and pedals?

“I’ve got quite a few different amps I’m using, but my main one for my live rig is an EVH 5150 100-watt head. My pedal setup changes quite a lot, I’m not too sure what’s going to happen when I’m finally able to play live again! At the moment, I’m using a lot of plug-ins to get the tone that I want. I have some relatively functional things – I’ve got my tuner, reverb and delay, which are my favourite effects. A little bit of chorus maybe, a noise gate and a clean boost are the main ones you’d see if you looked at my pedalboard – I use some TC Electronics, some Boss and some MXR.”

Instrumental guitar has traditionally been a very male-dominated space, do you feel that it’s starting to change?

“It’s so great to see new female guitarists popping up around the place because it’s easy to get discouraged by male dominance. The audience that comes with it can be quite discouraging at times – a lot of, ‘She’s good, but for a girl’ sort of stuff. Which is really crap. But I think it’s better to take it in your stride and use it as motivation to be like, ‘Yeah, I’m good but not just for a girl. I’m good because I work hard!’ I want to be competing with the guys, why should I not be? 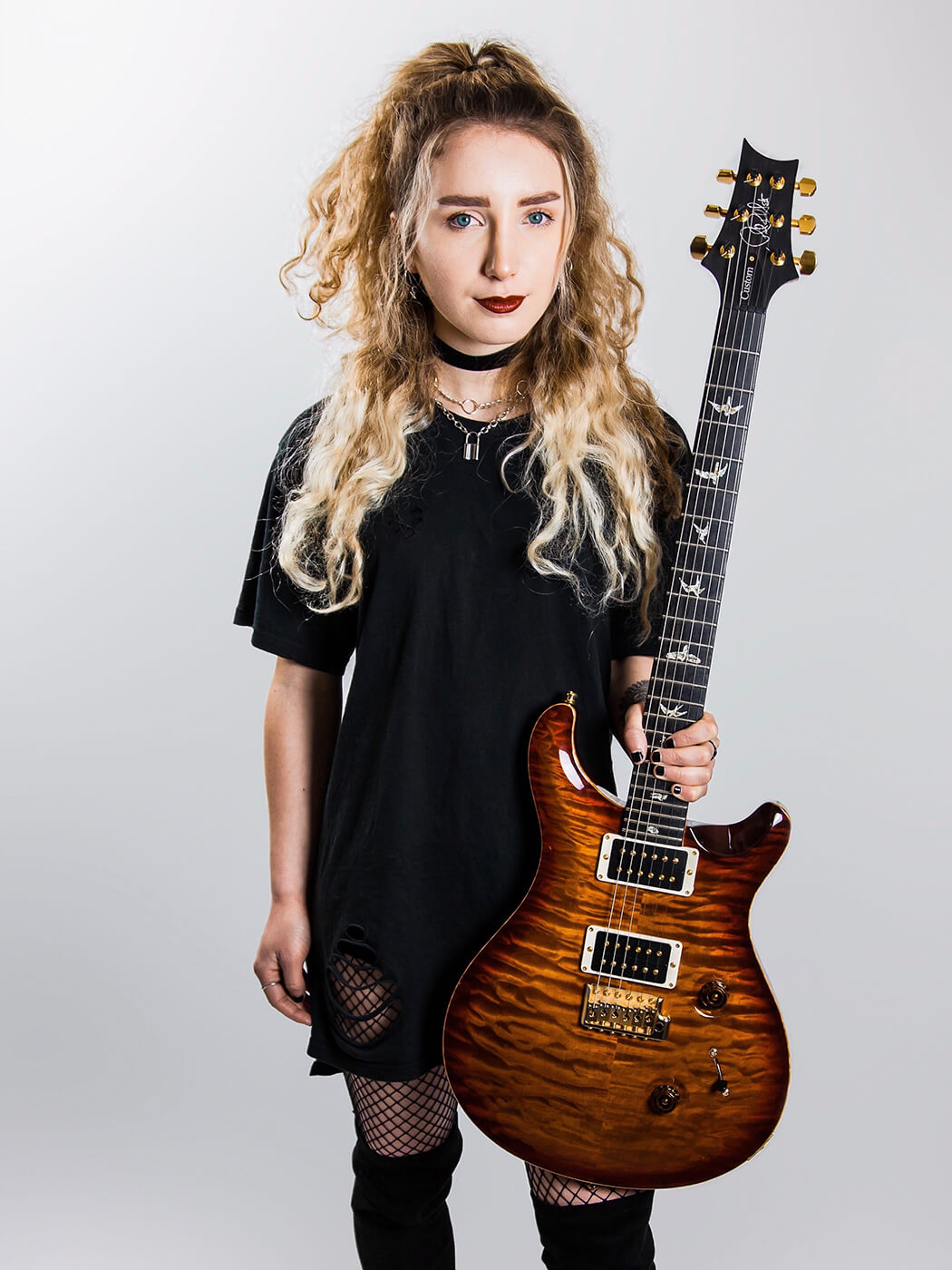 So what’s next for you?

I have two main projects that I’m working on, one of them more so than the other, which might surprise you. I actually don’t have any other songs in the line-up for my “virtuoso-instrumental” project because, for the last year, I’ve been working really hard on song writing and getting demos together for a different project which I want to front. We’ve got an EP’s worth of demos together now – not many people know about this. But the aim is to be a band and take to the live scene, once everything becomes live again.