The Reverb.com demo guitarist extraordinaire has played through almost every pedal in existence and earned a broad online following along the way. 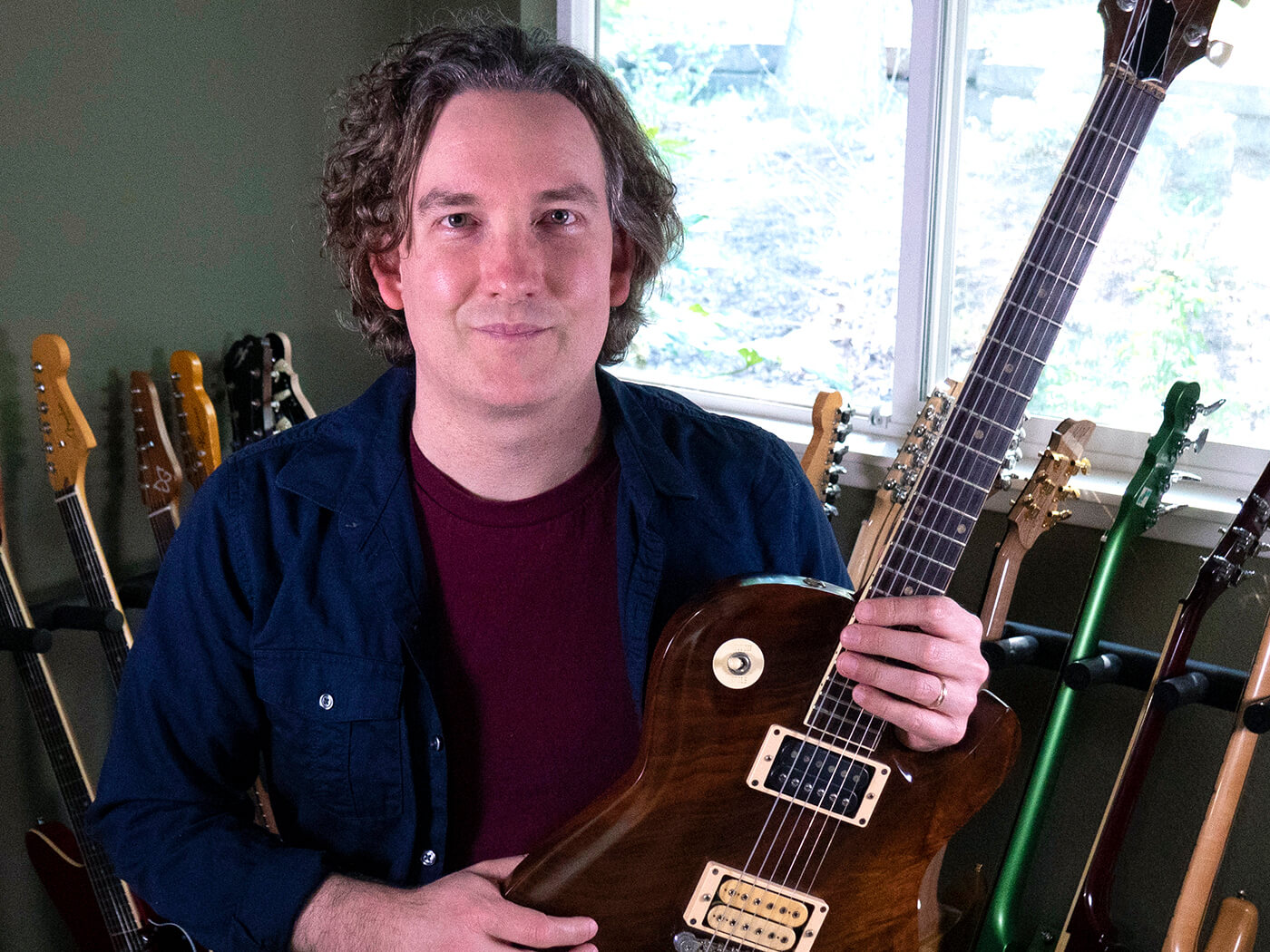 “Watching Zeppelin‘s The Song Remains the Same on VHS when I was about 11 years old. I specifically remember Page‘s violin bow solo in Dazed And Confused melting my fragile young mind. I knew I wanted to play guitar before, but this solidified it and also started my love for the Les Paul.”

“It’s hard to pick one but my father has been building guitars for me since I started playing. I guess the very first one, Brownie, which was made from a 100-year-old piece of burl walnut. It’s what I learned on, not just technique but electronics and how parts swapping can really affect a guitar’s tone and playability.”

“I tend to keep everything, even the very first electric guitar I touched which was a red Ibanez Destroyer II. I thought about selling it, but it holds too many memories!”

“I’ve always loved Gibson-style guitars, from the lighter tension of 24¾-inch scale to the weight and construction of the body. Over the last few years, I’ve really come to appreciate the little details that improve my playing abilities like compound radius fretboards, low friction nuts, locking tuners and low output humbuckers with a treble bleed circuit. My fingers always like a darker fretboard because finished maple always seems to slow them down. It just feels more natural to have no barrier between your fingers and the board.”

“I tune up! Then I tend to play sustaining chords or arpeggios to hear the voice of the guitar (if I’ve never picked it up before) or I try to work out a new melody that reflects the mood I’m in. I rarely pick up a guitar and jump into a solo, that’s something I have to work myself up to.”

“I remember an interview where John Paul Jones said how Bonham’s drumming was a bass player’s dream, or something to that effect. It got me thinking about how important it is to listen to the other musicians in your band. So, I think the advice I absorbed was to step back sometimes and listen to what the music is saying as a whole. Guitar players tend to want the spotlight but my favourite types of bands are those with amazing rhythm sections!” 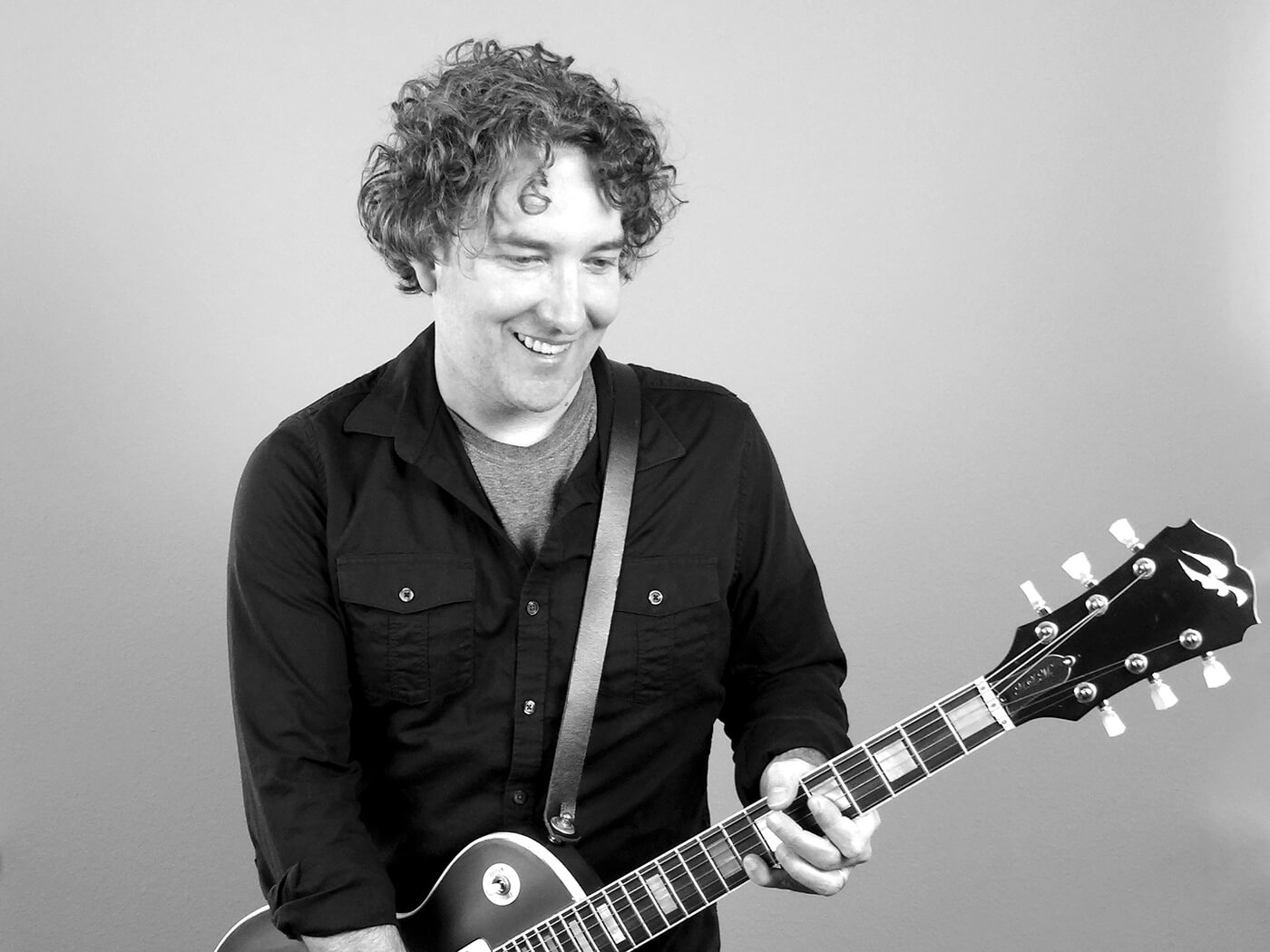 “During a gig with my band, there was a song where I used a capo. This had never been a problem before, but that night I completely forgot what fret I put it on. Was it the 2nd or the 3rd? To make matters worse, my concentration was completely thrown, and I not only forgot how to play the song, but the guitar was out of tune from said capo. It quickly derailed and I had to give the band a big ‘hold up’ wave and crash the song. As you do, I just blamed the problem on the guitar and moved onto the next song!”

“I love Gary Numan because there are no guitars! Sometimes I just need a recharge. Others listen to classical for that, I listen to 80s synth music. Although, there are some great riffs that could easily translate to guitars. I just like riffs, anything with riffs or interesting and unorthodox chord changes.”

“Well, this might be obvious by now but LED ZEPPELIN! I would have been happy just playing rhythm guitar too. I would have loved to feel the energy they put out on stage.”

“This is very difficult because there are two live albums that really shaped me at a young age, The Who’s Live at Leeds and Jimi Hendrix’s Band of Gypsys. Okay, I’ll go with Hendrix just to witness the legendary performance of Machine Gun. The way he translated the screams, gunfire, and bombs of the Vietnam war with his guitar still gives me goosebumps. It’s not only a moving piece but contains all the guitar elements that people are still trying to recreate; fuzz, vibe, wah and Octavia!”

“Jazz, jazz, jazz! I love players like Wes Montgomery, Joe Pass and Django Reinhardt. I’ve listened to it for years but never studied or really grasped the approach. More than classic rock god tone, I’ll be chasing jazz all my life.”