Tom Haywood on his loyalty to the his Line 6 Spider IV, writing songs in 6/8 and finding influence in Twin Peaks.

Returning with their highly anticipated sophomore album, Doncaster’s riotous blues-rockers The Blinders are doing their utmost to reinstate your faith in British blues-based and rock ’n’ roll. The band moved to a new rehearsal space in a renovated Manchester mill for the duration of the writing process, which allowed them to turn their focus inwards, with Tom Haywood stating that the record deals with drug use and a lack of faith in humanity. “It’s everything we wanted to talk about.”

Below, Tom talks us through his favourite six-string parts on the LP, from a beaten-up Line 6 amp to pushing a WEM Copicat tape echo to its limits. 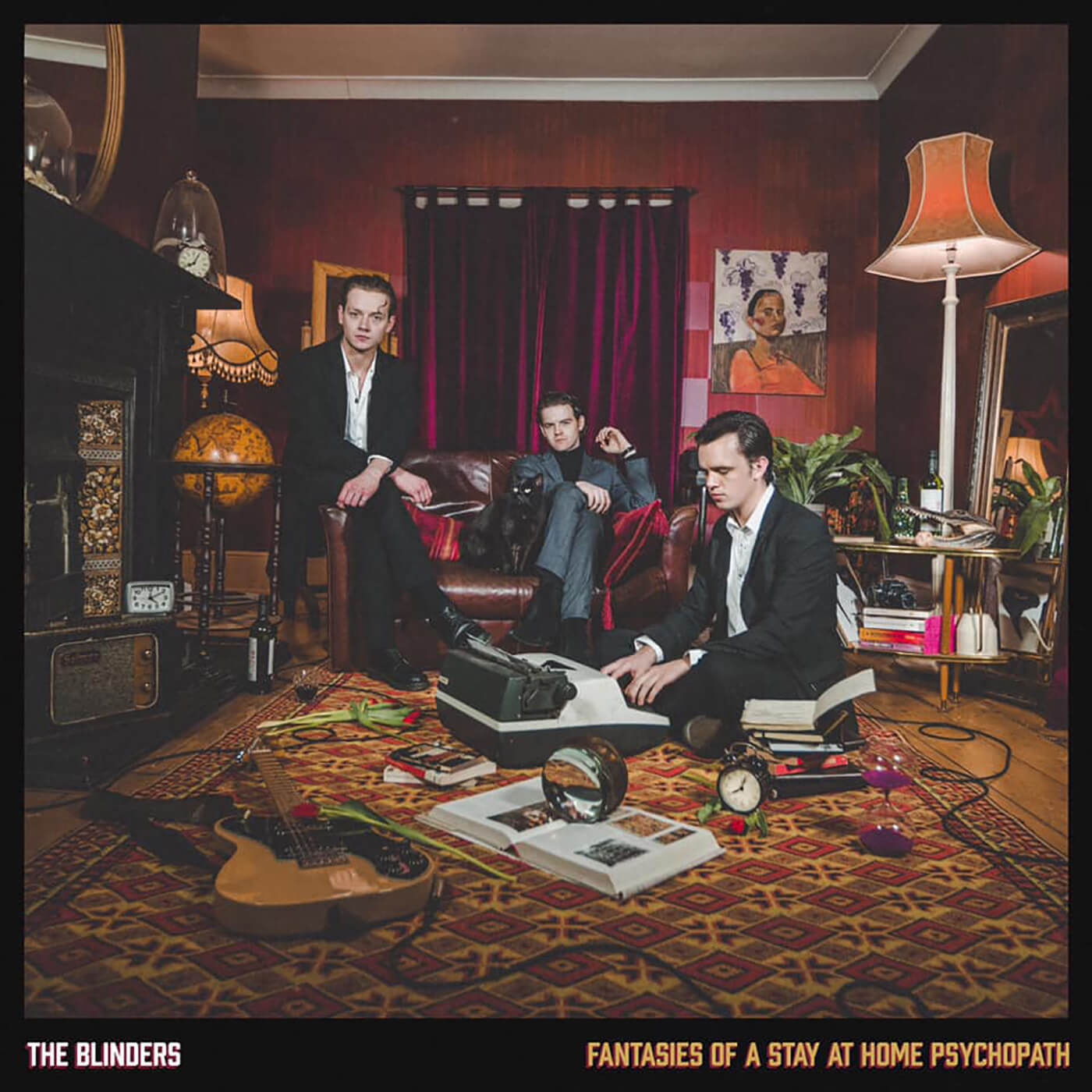 Something Wicked This Way Comes

“I had this guitar part stuffed away in a folder on my computer for quite some time, put to the side along with a few other unused guitar parts from about 2016. There was a track labelled “Seizure”, which I thought sounded interesting. Upon loading it up, I thought it fit well with something I had written: the lyrics to Something Wicked… I decided to follow the guitar part with the vocals in the verses, which gave it an edge that sounded something like The Doors. We made sure the guitar had plenty of bite and harshness to match the vitriol and bitterness in the lyrics. The sound you hear at the start is Matt [Neale, drums] pelting an old bell we found on the floor of the echo chamber. He started giving it a whack and it sounded pretty good.”

“We usually work backwards when it comes to writing our songs, flipping it on its head and writing the words before the music. It tends to give you a bit more room to manoeuvre when it comes to the instrumentation. Anyway, we didn’t have any ideas for it other than that the vocals needed to be delivered like a machine gun. I use really hard plectrums and thick strings, and I was messing around listening to how the open strings bend in pitch slightly when you really give it some bastard. We decided to add the high-end guitar in the studio, which once again shifted our perception of the song, and we liked it. Bookend it with some Farfisa organ and you’re away.”

“For most of the record, I ran my setup through two or three amplifiers at a time. I had the foundations of the tone coming through a battered old Line 6 Spider IV. I’ve been going through the same model since I was about 15. I don’t think you can get them anymore. I’ve spent a long time trying to get a universal guitar tone that I’m happy with on this piece of junk. No pedals, nothing. Just a shortcut board to select pre-made sounds that I probably spend way too much time labouring over. The other amp was an old Fender Princeton that the owner of the studio had lying around and let me use for the record. Circle Song was the first track where we really honed in on the Princeton. What you’re hearing is our producer Rob Ellis pushing the amp pretty high in the mix.”

“Another song in 6/8. It wouldn’t have been the last if we had it our way, as we had a bunch of them written in this time signature. We probably canned three quarters of them because Rob gave us some good advice. Call it a phase. I Want Gold is the song that has probably experienced the most changes. It started at 100mph, like something you’d hear on a Queen Of The Stone Age record. Eventually, after running it for a few shows, we had fallen out of love with it. 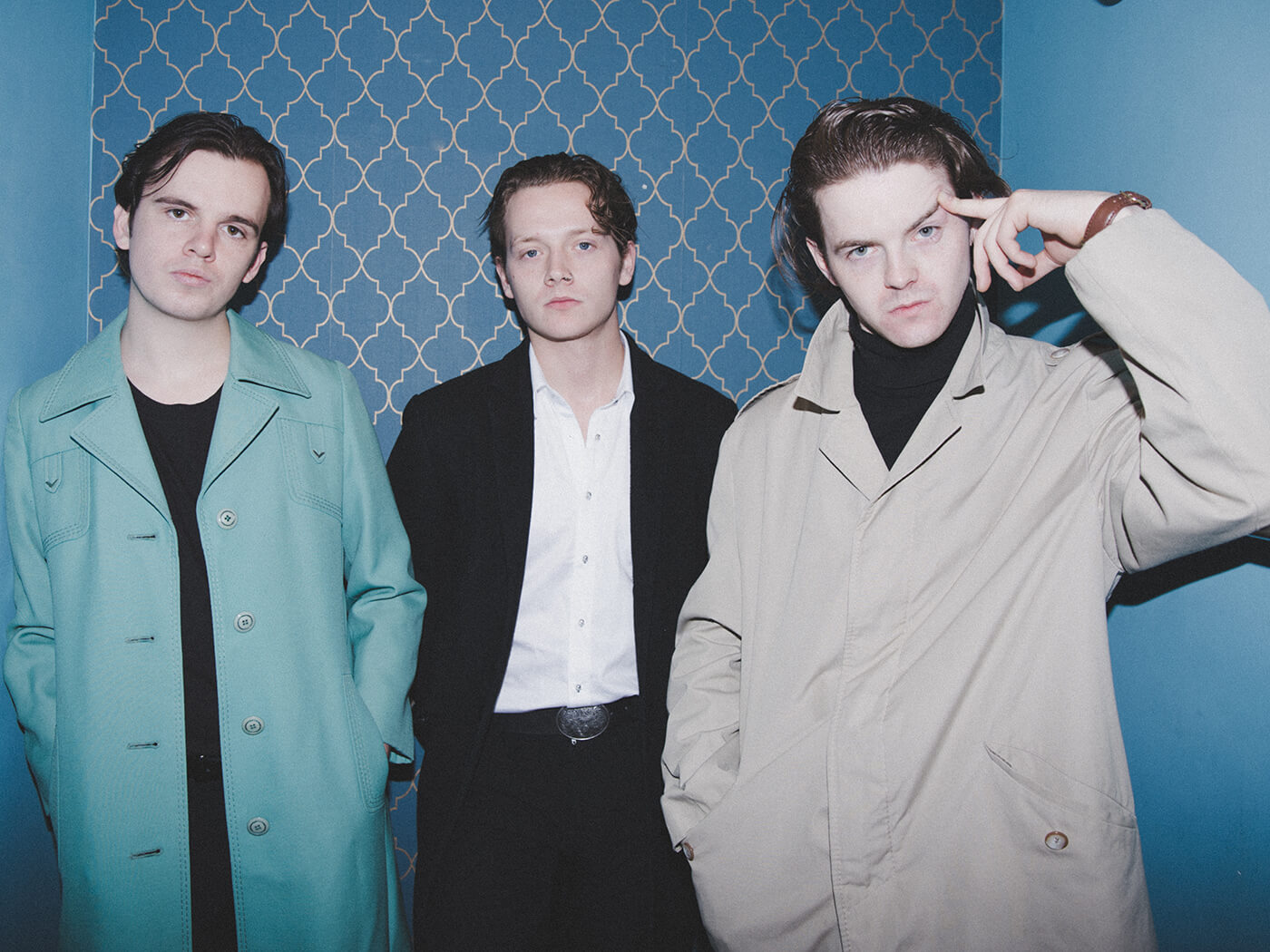 A few months later, we got into pre-production with Rob and he tore it apart and pushed us to work on it. He showed us a song written by David Lynch and used in Twin Peaks: Fire Walk With Me. I couldn’t believe my ears. I’d been looking for this sound for a long time. It had swagger, with cruelty and a sense of seediness to it. It made me want to comb my hair back and smoke a cigarette. I Want Gold fluctuates from this prickly, razor-sharp guitar to a ghostly line that swirls in the background. We got this sound from a vintage Copicat tape echo, which was a lot of fun to play with. The track is basically compiled of multiple improvised guitar lines, laid down while Rob was fucking with the knobs on the tape echo.”

The Blinders’ Fantasies Of A Stay At Home Psychopath is out 17 July on Modern Sky UK.