Guitarist Tom Wing discusses the trials of touring as an indie band and merging the styles of his peers to develop his own approach to guitar playing.

Despite it being early in your career, you’ve already released two albums and numerous EPs. Why have you done this, and how does it impact touring and promoting music as an indie band in 2022?

“Purely out of necessity. It wasn’t a conscious choice. We got to a stage where we realised no-one was going to do it for us, so we had no option but to work things out ourselves. That’s when we started putting records out with small indie labels and bit by bit the band started getting attention.

“Ian Crawford from El Rancho has been helpful. He’s pushed our music on the radio and helped us book tours in the past. All the clout we earned pre-lockdown was through the help of people like him, Bobby Gillespie, Iggy Pop, Vinnie who got us on the YAK tour, etc. But without management, it’s hard to keep up any kind of commercial momentum. Definitely a struggle.”

Recently, you released your entire back catalogue as a bundle via Bandcamp. Was this a conscious effort to thank current fans and make new ones?

“No, not really, we just needed some fast cash. Those come in handy when we need some extra funds to pay for a hotel or a lunch stop while touring.” 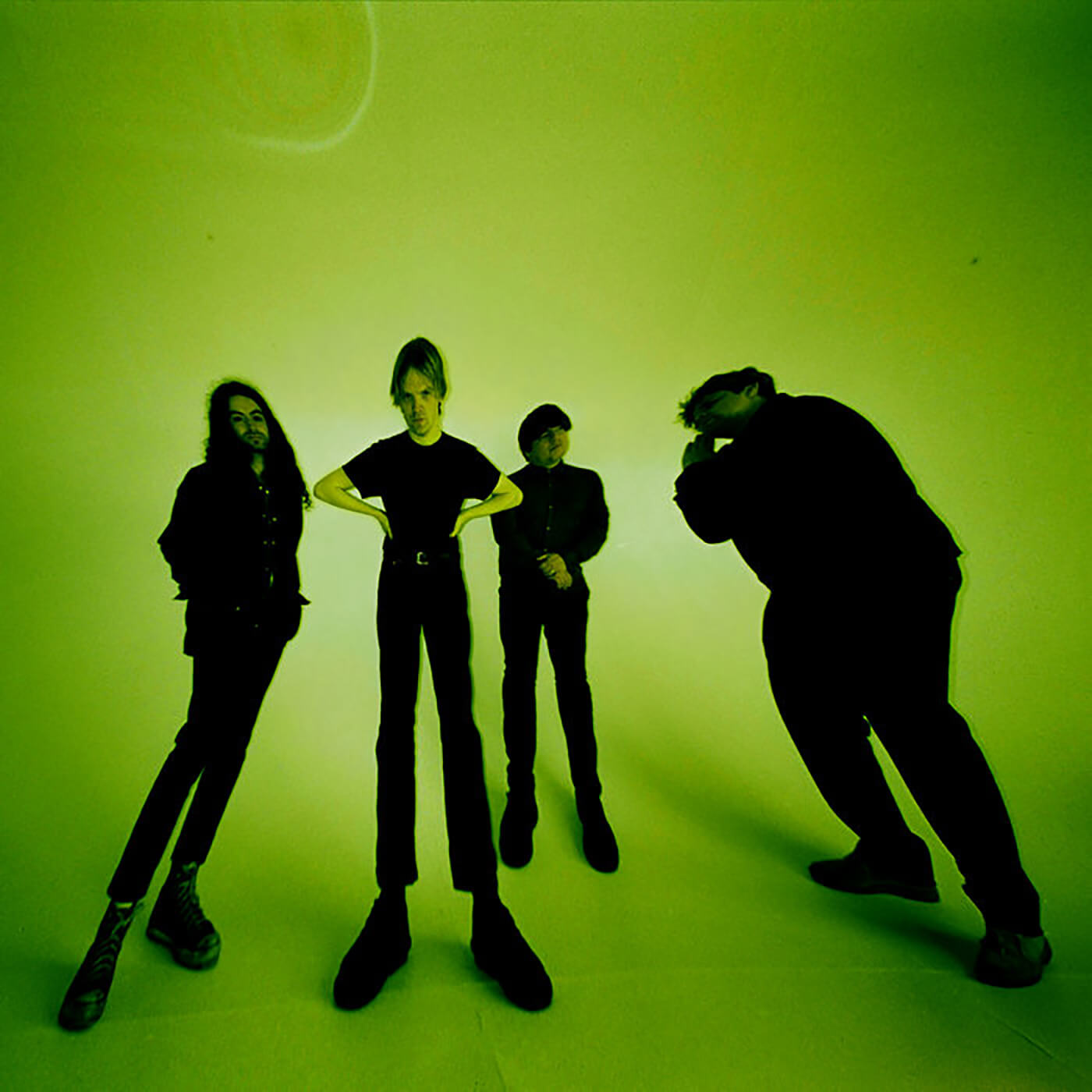 You’ve played multiple European tours and supported Primal Scream and Nick Waterhouse. How have these shows impacted you as a band?

“I suppose it has validated the band quite a bit, like maybe there’s more on the horizon than we first imagined. Primal Scream were playing in big theatres on that tour and the sound of the reception you got in a venue that holds an audience of about 2,000 people was indescribable, especially if you’ve not experienced it before. You get very used to it. So inevitably, it’s a shock when you go back.

“During the last European tour, which was three weeks long, we did a combination of small clubs by ourselves and big halls as the support band to Nick Waterhouse, and that contrast was quite good. If we played three shows back to back with Nick, he would have a day off, and we would go and play a club in the next town by ourselves, preferably en route to the next date. It’s a bit looser in clubs because stage times aren’t as strict and you can play for however long you want, but then you’ve got a bigger show the next night so you’re always changing up the act a bit. It just makes it harder for the rust to settle in.

“It was such a long time ago now, it’s hard to remember what kind of impact it had on us at the time. I think we just thought it was a really cool opportunity.” 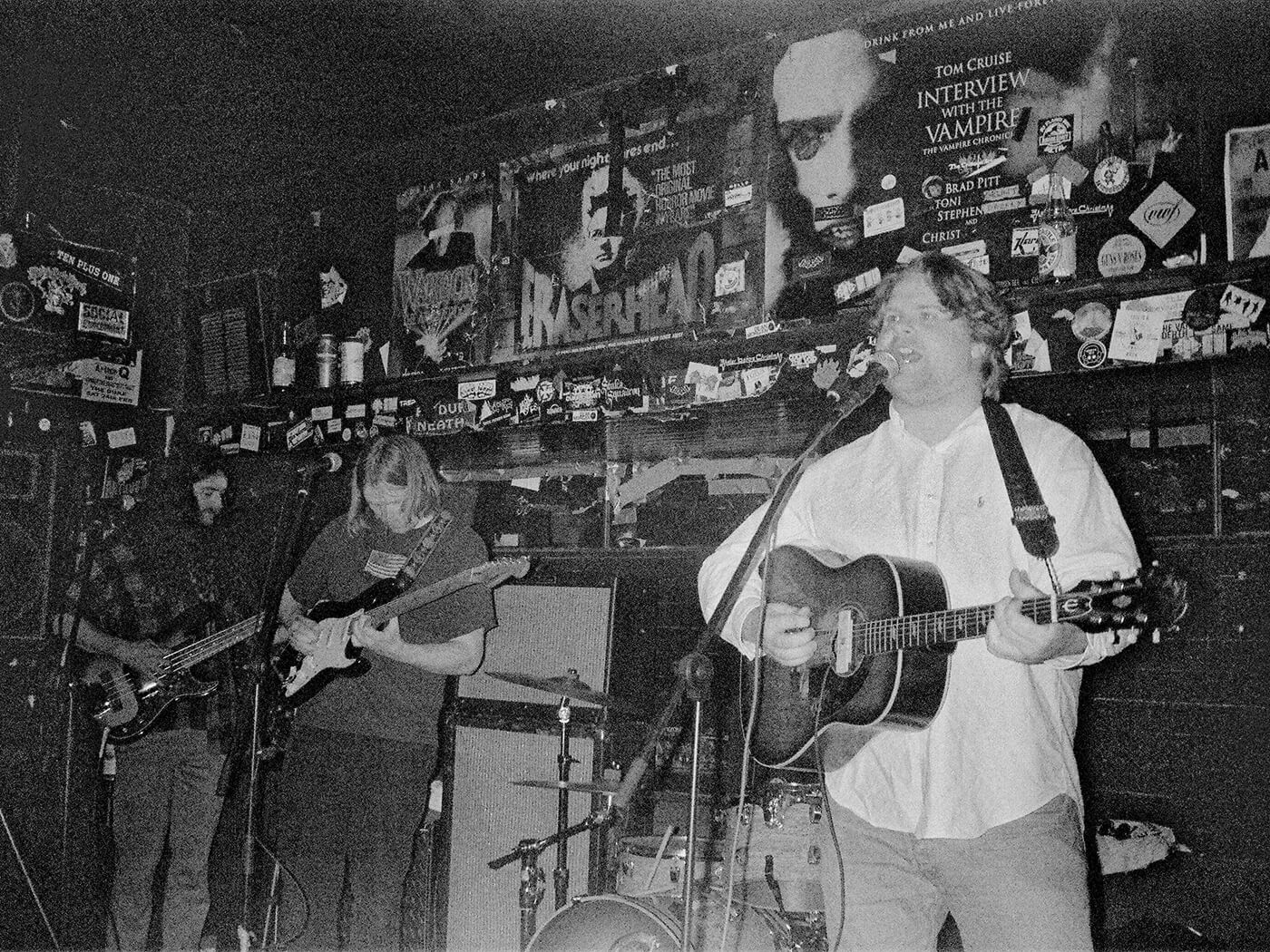 Given your arpeggiated guitar work and vocal harmonies, you’ve been compared to The Las and The Byrds. Who are your main influences as a band and personally as a guitar player?

“Radiohead, Nirvana, Dylan, Randy Newman, The Beach Boys, stuff like that. As a guitar player, I got a lot of that arpeggiated thing from Rhys [Rove in studio and songwriting exclusively]. He plays broken chord shapes, which I picked up. After a while, I started incorporating a kind of wild vibrato into my playing and I got that from another guitar player I know called Andrew Harwood. He worked with us on a few of our records. Andrew is a very unique, gifted, soulful, original guitar player – a virtuoso. I tried to meld Rhys’s and Andrew’s two unique styles together the best I could when playing live.” 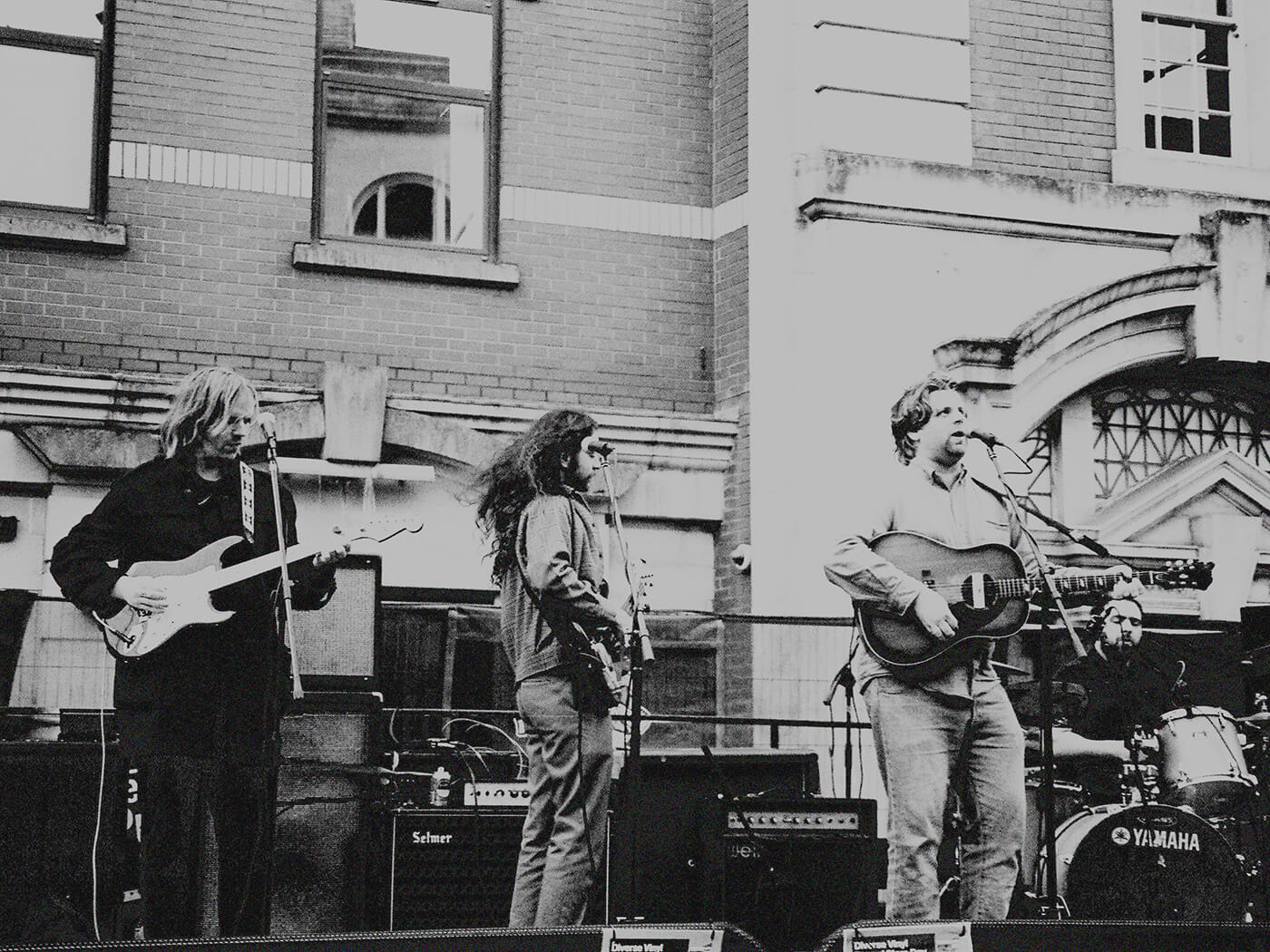 You’ve written songs with detuned guitars strung with just three strings. Do you find limitation inspiring as a songwriter?

“If you’re talking about Who’s Sleeping on the Throne?, I didn’t write that, James and Rhys did, but yes, definitely. You can come up with strange chords and interesting sounds on a guitar with three strings missing.

“And it’s like working in the studio too, those limitations force you to think outside the box. That’s part of the attraction about recording to tape like we do, those limitations actually have the opposite effect on you and make you come up with more inventive ways of achieving what you want on a record.” 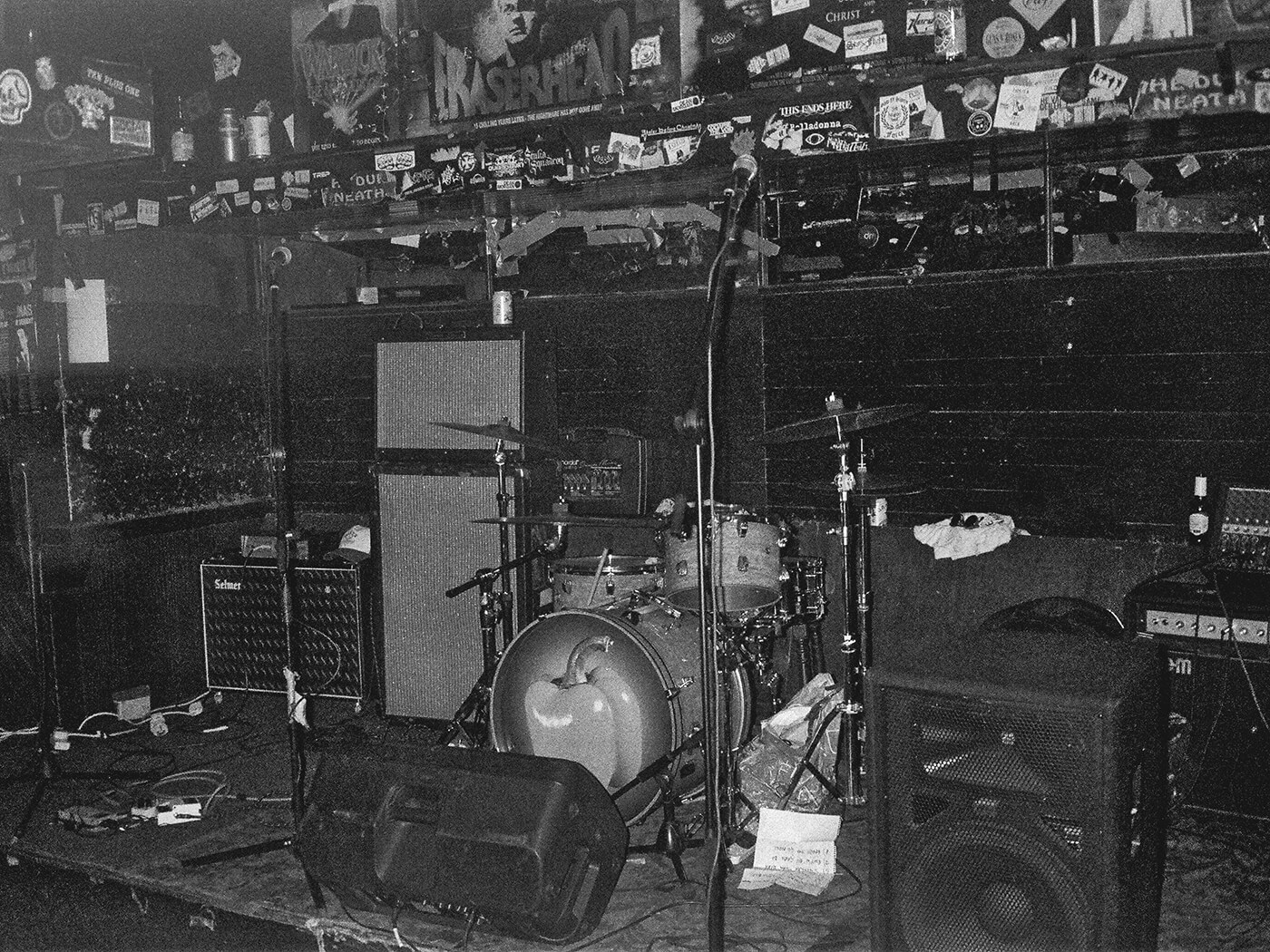 We’ve seen you perform with vintage Strats alongside Fender and Selmer amps. Tell us more about your rig and how it suits your style as a band.

“I play a Strat through a two-speaker Selmer cab attached to a Fender Deluxe, which I use as the head. I like the reverb sound on the Deluxe. Eventually though I would like to trade it in for a silver-face Fender Reverb. For a brief period, I played a Les Paul Standard, but I sold it. Eventually I’ll buy another one because I like Les Pauls but that particular one didn’t work out for me, so I mainly use the Stratocaster because it’s very consistent.

“For pedals I only use the [Crowther Audio] Hot Cake for a bit of drive when I need a lift. Luke [Evans, bass player] turned me on to that one. I’d like to use more pedals but I find that some with too many settings put me off. Sometimes I use an EHX Worm for a bit of tremolo but it’s not ideal. My dream would be to have that Robbie Robertson sound on the Dylan ’66 tour. He used a blonde Tele through a Fender Showman, so something similar to that would be cool.”

The Big Silver was released in 2020, and you’ve since embarked on a UK tour. What’s next for The Roves?

“We’ve just finished mixing our next LP, which we’ve been working on for a while. Hopefully that will come out at the end of the year. We have a few irons in the fire as regards to labels so fingers crossed and let’s see.”

The Big Silver is out now via Bandcamp.