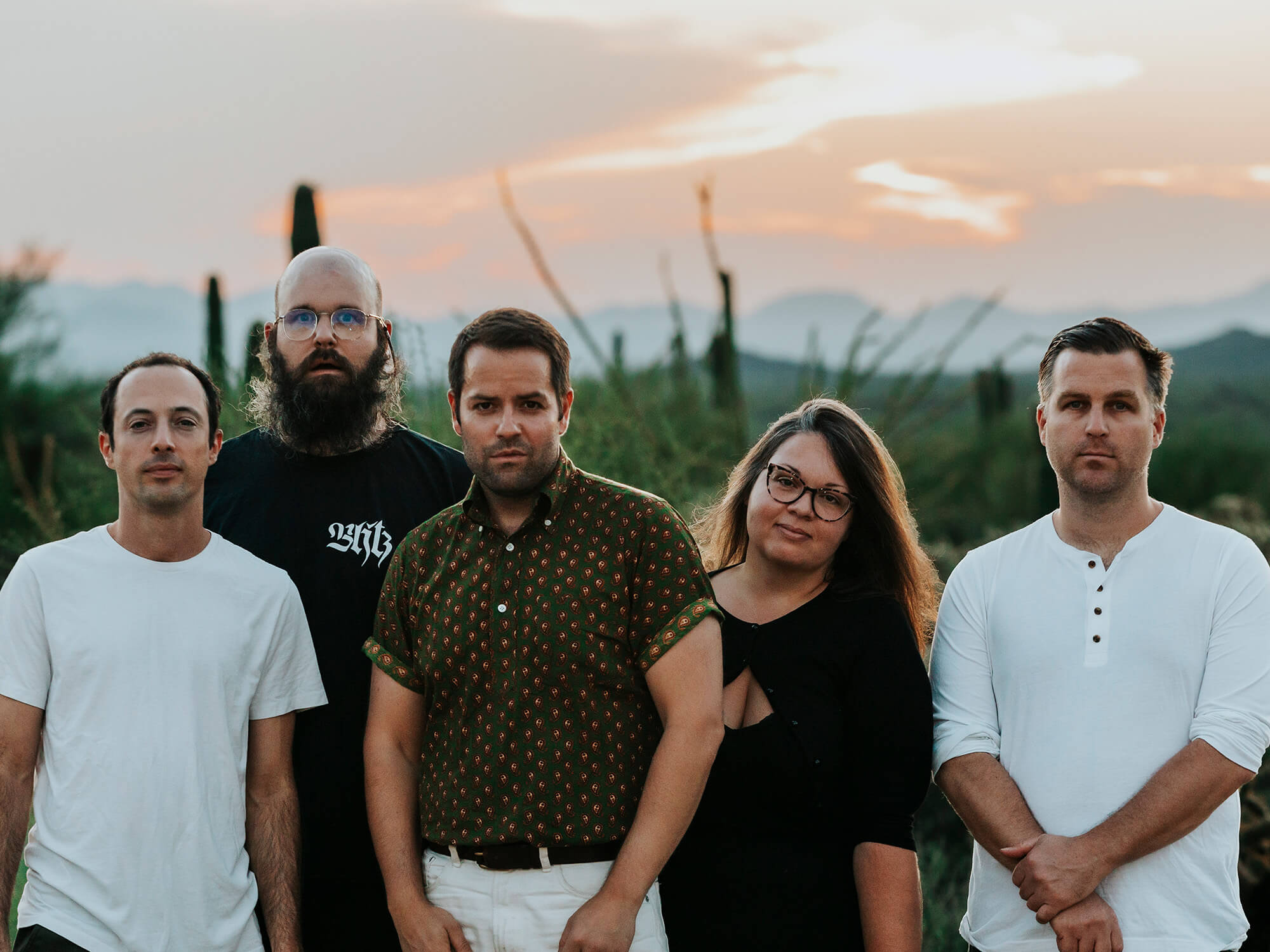 “To people who like pop music, it sounds harsh, but to me our songs are pure melody” how Fucked Up’s hooks set them apart from the hardcore crowd

Guitarist Mike Haliechuk on how one of punk’s most innovative and boundary-pushing acts have learned to hide melodic depth in their outwardly aggressive songs, and the unique challenge of making an entire album in 24 hours.

Here’s a nice way of putting it: a blank page offers a challenge. Another way to put it, though, is that a blank page is a rebuke that never loses its sting. After two decades of concept albums, song cycles and rock operas, guitarist Mike Haliechuk is happy with the idea that writing prompts have served Canadian hardcore greats Fucked Up well.

“We’ve always been looking for a device to write into because we never really considered ourselves to be musicians in a really pure way,” he says over the phone a week or so before Christmas. “You’re always dancing around it with all these little tricks. This is a very overt example of that.”

‘This’ is One Day, Fucked Up’s sixth album, which sits alongside dozens of short-form releases and experiments in one of modern punk’s most boundary-pushing discographies. The idea was simple: Haliechuk decided to make a record in 24 hours of studio time, breaking that allotted period apart into three blocks of writing and tracking.

He booked slots at the recently-shuttered Candle Studios, only a short hop from his home in Toronto, alongside the band’s long-time engineer Alex Gamble and set to work. “We set the gear up, and I was flicking around on the top of the guitar, tuning and getting my hands warmed up, and I settled onto a riff,” he recalls. “We started recording that, and it broke the dam a little bit. I had a style down for the first song, and I followed that for the rest of the day.

“Structurally, there was a curfew at that studio. We couldn’t really make noise past eight or nine. We would record for about eight hours, and then do a little editing on the computer for an hour or two. And that was it. I came home, listened to what I had and sort of strengthened the vibe I wanted to have. I’d recapitulate that the next day, and eventually we had a record finished. I mean, eventually, it was three days.”

One element that Haliechuk had to balance was the desire to return to ideas in order to flesh them out without hurriedly pushing them to completion with one eye on the clock. Given the time constraints involved it made sense to keep moving rather than getting lost in the weeds, but not all of the music was amenable to that sort of approach.

“It wasn’t like I finished a song and then locked it,” he says. “A lot of times I’d write half of a song and then be like, ‘Okay, let’s stop, I don’t want to exhaust this thing. I want to listen to it and come back to it.’ I’d write the bridge the next day or rearrange things. It was 15 songs all broiling at once, and then finishing them one by one when it felt like it was time to go back to them.”

Once they were done, Haliechuk sent his wares to his bandmates – vocalist Damian Abraham, drummer Jonah Falco, and bassist Sandy Miranda, with guitarist Josh Zucker sitting this one out – who’d then observe the same rules with their contributions. At this juncture, any anxiety he might have felt at sending these ideas out without much of an explanation was assuaged by the fact Fucked Up rarely record together in the same room anyway. 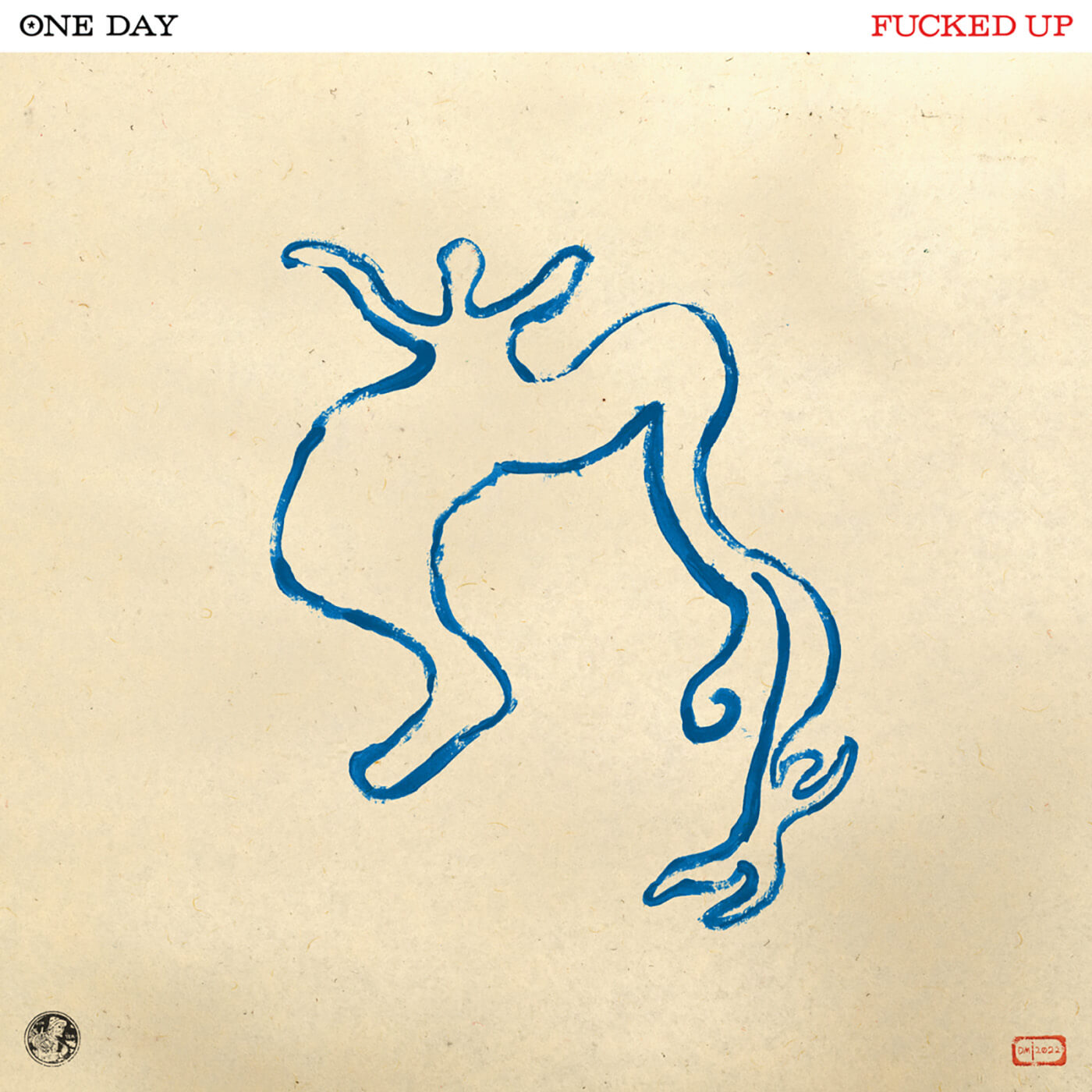 A curveball often only bamboozles someone if they can’t pick it, and One Day was delivered to musicians who are used to finding their own route into the songs. When Falco, Haliechuk’s closest creative confidante, set about recording drums, he was confronted with a tangle of guitar loops that he had to decipher quickly, with the stipulation that he wasn’t allowed to check anything out before he hit the studio.

“I have a lot of trust in all the band members,” Haliechuk says. “I’m not really there for anyone else’s sessions. Obviously, me and Jonah do a lot of stuff collaboratively together, but I don’t go to Damian’s sessions anyways. You don’t want to impose anything on anyone. Jonah does a lot of his drums and his vocals remotely. Sandy has her setup in her place, which is good for her to work in. I think in the past it would have given me a lot of trepidation, but I think we’ve all played on enough records that everybody is dialled in.”

Fucked Up have been a lot of things over the years: raging hardcore group, eccentric indie-pop band, epic prog-punk practitioners. Perhaps as a result of its don’t think, just do construction, One Day drills down into Haliechuk’s version of what the band might be, bringing out a brutish sense of power alongside melodies that bounce from pompous psych-pop on I Think I Might Be Weird to pulse-quickening twin leads on Broken Little Boys.

Huge New Her, which stands as four minutes of sparring guitar hooks, pounding drums and Abraham’s sandpaper yell, is essentially what Haliechuk wants to achieve each time he sets out to write a song for the band. “It’s aggressive and tuneful, with a lot of uplifting guitar harmonies that go up and up and up and up,” he says. “That’s my version of what every Fucked Up song should sound like. And usually I just do that, but it’s like 35 minutes long instead of three minutes long. It’s scales playing off each other and a lot of fifth harmonies – that’s what I like to play.”

Guitar players in hardcore bands shoulder a lot of melodic responsibility, and Fucked Up’s music has over the years been similarly reliant on Haliechuk, Zucker and Ben Cook, who left the group in 2021 to focus on his power-pop project Young Guv. It’s not that they don’t have memorable vocal hooks – they actually have some all-timers, from 2008’s Son the Father to 2011’s Queen of Hearts – it’s just that their bludgeoning weight always lands while wrapped in guitar lines that offer nuance and explosions of colour. It is a dynamic that few of their peers have grasped so completely.

“The aesthetic of hardcore is very much that the tunefulness is in the instruments, and that the vocalist is presenting pure emotion,” Haliechuk says. “As we progressed as a band, we decided we wanted more melody in the songs and we knew it wasn’t gonna come from the vocals, especially from Damian. So when I’m writing songs on the guitar, it’s all top line. We sound aggressive, and to people who actually like pop music, it sounds harsh. But to me our songs are pure melody and counterpoint vocal arrangements that just happen to be played on everything except for the vocals.”

Depending on what he’s working on, Haliechuk will beef up his gear options or scale them back. Here, as opposed to the sweeping sounds of one of their Zodiac releases, for example, he kept things fairly straightforward. The key thing was settling on a backbone tone that sounded huge – it didn’t have to be complicated, as long as it was rich, full-bodied and capable of loosening fillings when required.

“Right now, it’s pretty pared down,” Haliechuk says. “For that session, it was two Fender DeVilles and a Les Paul Studio. For pedals on the record, it was just a Boss Delay and I used a Boss Octave a lot. This is the first record where that pedal has been the key piece of gear. I wasn’t really fucking around with amps. It was the two DeVilles with the same settings interacting with each other and getting really creamy. We always put mics in the back of the amp as well, which gets an extra boost. But it’s simple. I wasn’t doing overdubs on another setup, it was just that sound. That’s the only guitar on the record.”

“I think that’s a pretty huge sound,” he adds. “The way I try to play is like a mixture of something that’s gonna sound really big, but also I’m not gonna have to carry a bunch of stuff. We used to bring 10 amps into the studio and think that was this marvellous thing. Now, I don’t want to schlep a bunch of amps in a taxi over to the studio. Those two amps can really crush together.”

Interestingly, One Day is an album with time on its mind in more ways than one. Its construction is one thing but lyrically, with Abraham writing for a Fucked Up record for the first time since 2014’s Glass Boys, and Haliechuk penning his own words, it ended up being about grief, change and the end of things.

On Cicada, Haliechuk takes lead vocals and conjures his inner Bob Mould while investigating the belief that we have to carry the people we’ve lost with us on the rest of our ride. Discussing this preoccupation, though, he is matter-of-fact. He is getting older, and his bandmates are getting older, he observes. This is the stuff you turn over in your mind. “Time, and where your life has been, is all you think about anyways,” he says.

Fucked Up’s One Day is out on January 27 through Merge Records.