The guitarist on why her new album is about unnerving people by celebrating joy and love, how she’s ditched her 335 for a stable of Teles, and her love of weird, atmospheric boutique effects.

Back when she lived in Nashville, almost a decade ago now, Mackenzie Scott played open mics with an electric guitar set to teacup-shattering volumes. Surrounded by the glitz and protocol of the city’s country tradition, she cut through with outsider indie-rock songs heavy on atmosphere and barbed melodies. “Sue me, I like to fuck people up,” she laughs along a Zoom call today, when asked if the pointed, riff-heavy world of her new record as Torres, Thirstier, grew out of this teeth-bared philosophy.

“I really like unnerving people,” she continues. “Who was it who said, ‘Comfort the disturbed, and disturb the comfortable’? I can’t stand the idea of someone feeling comfortable enough to sit there and talk through my set, or any musician’s set. If someone feels like they can do that, then I’m going to make them feel like they absolutely cannot.”

But there’s another current running through Thirstier – it’s a celebration of joy and love. The last time Scott put her name to an album this guitar-forward the result was 2015’s stunning Sprinter, but there her latticed leads and counterpunches created an almost oppressive, crushing weight. Here, the same building blocks are applied to songs that glide and crash not like roiling waves but like confetti bombs.

Scott recently got engaged to the painter Jenna Gribbon, and their relationship is the bedrock of this shift in perspective. The pair have inspired one another – two of the many portraits Gribbon has painted of Scott adorn her album covers, both here and on 2020’s sinuous Silver Tongue – and reshaped the idea of the muse as a reciprocal goal.

“It’s a symbiotic relationship,” Scott says. “We each get something out of it for the things that we’re making. There’s a lot of equality there. I don’t imagine it would feel the same if I were constantly writing about this woman that I love but she didn’t get anything out of that. That sort of one-sidedness would not work out very well. But because we both feel like we’re being fed, and we’re feeding the other, we’re both on board. We’ve agreed to feed each other in this way, and we’ve both decided that makes our relationship, and our professional lives, more interesting and more fulfilling.” 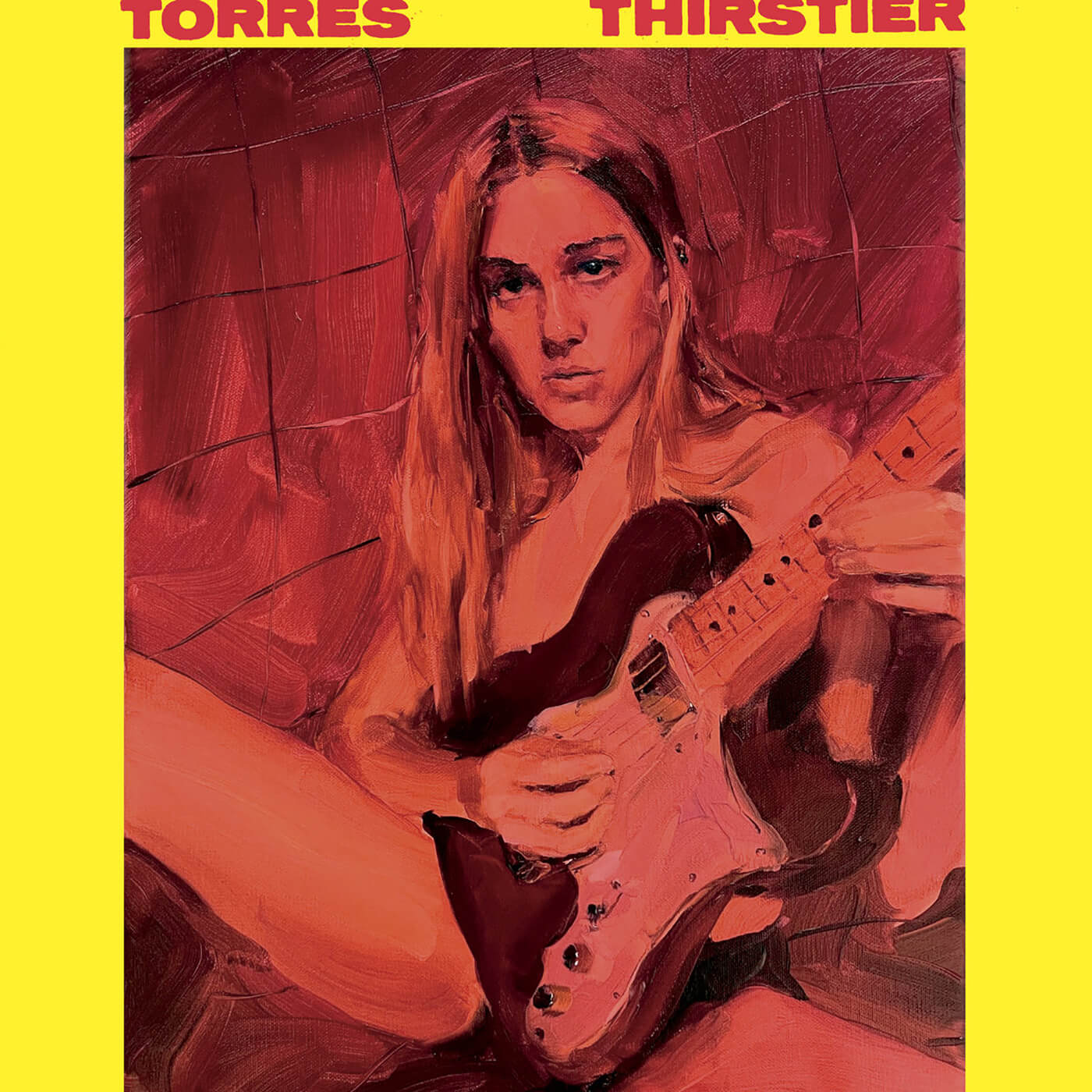 Snapping out of it

Gribbon’s work ethic also had a part to play in snapping Scott out of lockdown malaise. Last spring she was forced to abandon a European tour as the COVID-19 pandemic took hold, finding a circuitous route to New York via Amsterdam and Moscow with tickets that she’d had to crowdfund as prices spiralled wildly. Once she was safely back home in Brooklyn, the whiplash left her in a state of creative inertia. “I pouted for a good two months,” she says. “I was so mad. But then I was like, ‘Oh Mackenzie, shut the fuck up and just do something.’ I was so tired of myself for having that attitude.

“For one, Jenna was working every day. She might have taken a week off, but that was literally because she fainted and busted her head open. She had a concussion – I took two months off because I was mad about my tour. I didn’t want to be the dead weight, so I made a decision that I was going to make this record, and that I was going to lift myself out of that funk I was in. I needed to be for myself what I wanted to be for other people. I made a conscious choice to make this particular record, but it took me a minute.”

Thirstier’s palette came into focus quickly, driven on by Scott’s desire to offer a different perspective to our cloistered circumstances. One way she envisaged its jubilant purpose was by picturing a point in the distance when these songs wouldn’t just be confined to a record, they’d be living, breathing components in her live set.

“I was already thinking in advance about that—what would make it the most blistering, dynamic show possible? It’s the guitars,” she says. “I wanted to make something that people could expect to be massive in the live sphere. As a performer, there’s something so satisfying about being able to rip a guitar on stage, and really not care about beating up the instrument, or throwing yourself around. I wanted to be able to engage with my instrument in a way I knew would connect with a crowd.”

Scott may eventually drag the ES-335 she played in the early days out of flight case retirement once she resumes touring, but for the moment the bulk of her work is completed through the medium of Telecaster: a newish Deluxe Thinline, a 1981 Japanese model and another modded with a humbucker. Her approach is a balancing act between comfort, playing style and the need to loosen fillings. Her ‘spaceship’ pedal board shoulders some of that load and is evocatively rendered: her Empress Superdelay is “glittering”, her staple Earthquaker Afterneath “makes everything sound like deep water”, while an Meris Enzo is all over Thirstier and conjures “swinging bubbles”.

“With the regular Tele I find it more difficult to make it go as much as I want it to,” she admits. “The humbuckers make it a lot easier. They’re more responsive to my kind of playing. I’m not a particularly nimble player. I’m really heavy-handed. I don’t use a pick, I use my flat fingers for everything. I’m not very precise. I’m very driving and pluck really hard. It can feel like I need three more overdrive pedals and a fuzz to get enough force out of the guitar as I want. I’m always fine tuning.”

Recorded at Middle Farm in the UK and co-produced with Peter Miles and the returning Rob Ellis, Thirstier occupies an interesting spot in Scott’s back catalogue – it’s the latest in a series of stylistic left turns, leaving the pulsating Three Futures and hushed indie of Silver Tongue in the bombastic glow of its tail lights. At least that’s how it appears on the surface. Dig a little deeper, into the quasi-ominous electro breaks of Are You Sleepwalking? or the way Don’t Go Puttin’ Wishes In My Head uses a synth base to go full War on Drugs, though, and it’s easy to see a logical development.

“Those two records taught me a lot about production, and being a producer,” Scott observes. “They’re two extremely different records, but I allowed myself to really go deep into my brain and explore sounds that aren’t run of the mill. They’re niche sonic worlds that I made there. Taking that toolbox I’d equipped myself with and using it to make a record like Thirstier, I feel like it allowed me the space for nuance. It showed me that I can experiment within that more straightforward rock structure. Those two are not mutually exclusive. This is not a strummed guitar record. There’s a lot of soloing over the top with some unique sounds. I’ve built on what I’ve learned with every record.”

But more than anything Scott’s approach to melody forces her work to hang together in a vivid tableau. There is no angle of approach that would lead you to describe her songs as anthemic or rousing or soaring, but they are addictive. They jag back against the grain at any opportunity and, almost without fail, skip the easy option in favour of doing something more difficult. She is happy to cram syllables into lines and set them atop guitar leads that duck and weave, and she’s also down to cut everything back to bare earth if it lets a point land with added gravity. Thirstier is fascinating because it trades in big, bold statements. They’re just big, bold statements that mask feet thrashing below the surface, kicking up ideas and splashes of colour in their wake.

“I think what I’ve learned about doing ‘the easy thing’ is that there’s actually nothing wrong with it,” Scott says. “When you do that it’s going to be more accessible to people, which is what you want as an artist. You want to connect. Making something on the more straight and narrow path allows you that more direct connection. But what I really like to do if I take that more standard approach is to really reinforce a melody, whether it be by doubling, tripling, or quadrupling my vocals and adding a bunch of harmonies to fuck it up. With the guitars I love weaving in a countermelody, whether it’s reinforcing the melody that I’m singing or doing completely the opposite thing.”

The lingering impact of all these lessons learned is that Thirstier feels like real first in Scott’s scrapbook of ideas: it’s a genuine blast. Sue her, she likes to fuck people up. It’s just from a different run up this time. “I don’t think I’ve ever set out with any kind of intention when writing a record until this one,” she admits. “Usually, it’s a case of whatever comes out comes out and that’s what it should be. I wanted to shape this one from the start into something that I knew would be energising and uplifting for people.”

Torres’ Thirstier is out on July 30 through Merge Records.