by Huw Baines
Year Of The Knife
#Artist#Rock
Features

With his wife on bass, and twin brothers manning the kit and the second guitar spot, Year Of The Knife’s Brandon Watkins keeps it in the family in the search for brutal slices of straight-edge hardcore. 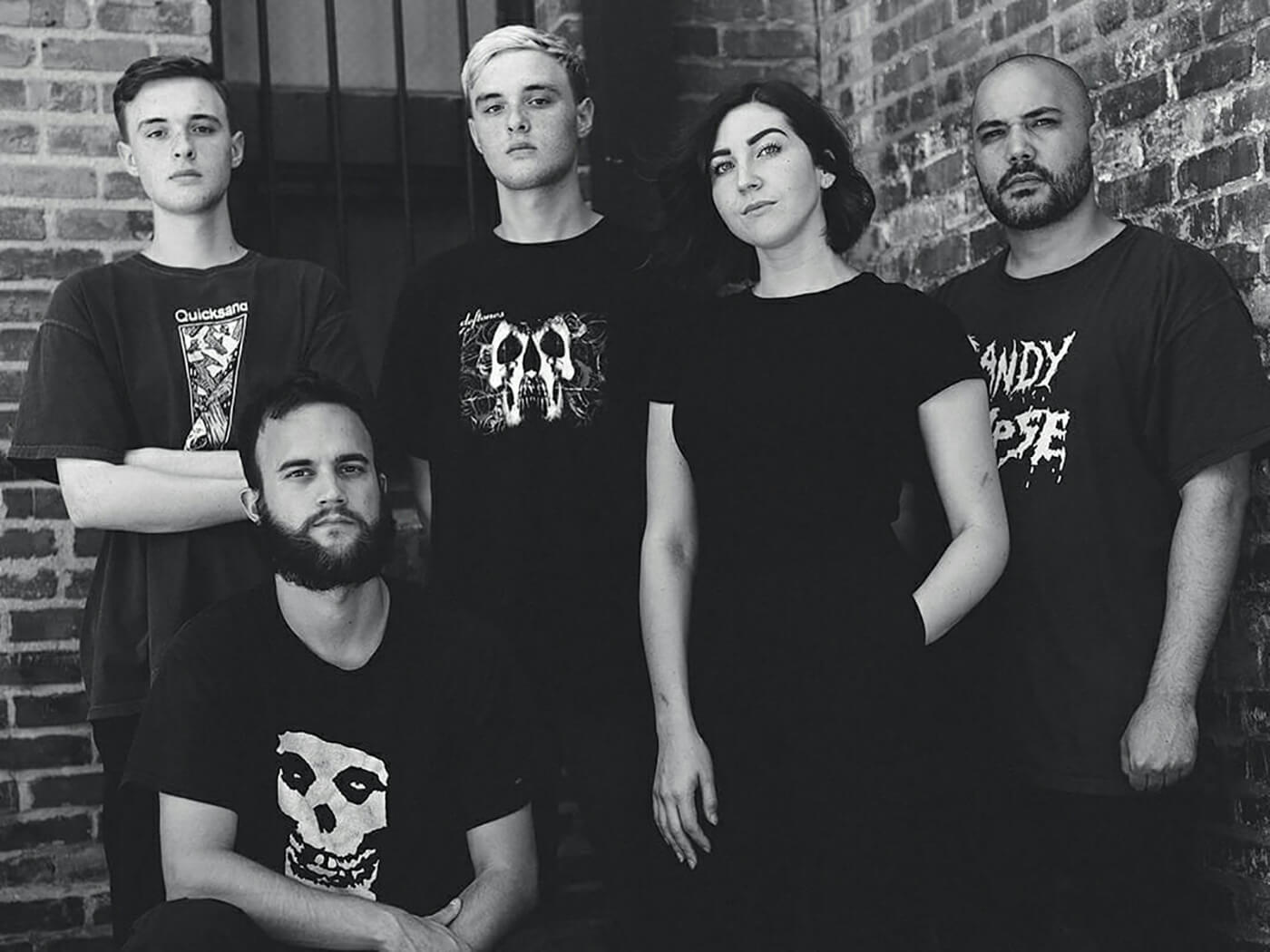 There’s a song on Year Of The Knife’s debut album Internal Incarceration called Nothing To Nobody. It kicks like a mule, thundering towards a mosh part that takes its time before exploding into punishing noise that’s tailor made for inciting mayhem in the pit. “People are used to hearing ridiculous, crushing, unrelenting shit from us, so I think it’s fun to drag it out and make them wait,” guitarist Brandon Watkins laughs.

Flanked by his wife, Madison, on bass, plus vocalist Tyler Mullen and twin brothers Aaron and Andrew Kisielewski (guitar and drums, respectively), Watkins has helped to create a straight edge hardcore document that channels the genre’s catharsis and emotional release into bone-crushing breakdowns.

Recorded with legendary Converge guitarist Kurt Ballou at his GodCity studio in Salem, Massachusetts, it’s a certified rager that will go off once we’re allowed to do things like windmill into one another in sweaty clubs. Here, Watkins delves into his horrifying guitar tone, Ballou’s bag of tricks, and the singular pleasure of getting socked in the head at a show.

How have things moved on creatively from the songs collected on last year’s Ultimate Aggression compilation?

“I definitely think things have moved in a more extreme direction. I feel like Ultimate Aggression was a baseline for us. We’ve taken that and pushed it as much as we could. Kurt definitely helped us do that: make the fast parts faster, make the hard parts harder.”

What did you learn from Kurt?

“I think we learned a lot more about making our sound more dynamic, making the songs flow a little bit better. The emphasis on speed is something Kurt really cultivated. It was there, but not every fuckin’ part was fast. He encouraged us and guided us into making things a lot faster, which in turn makes the heavy parts heavier.” 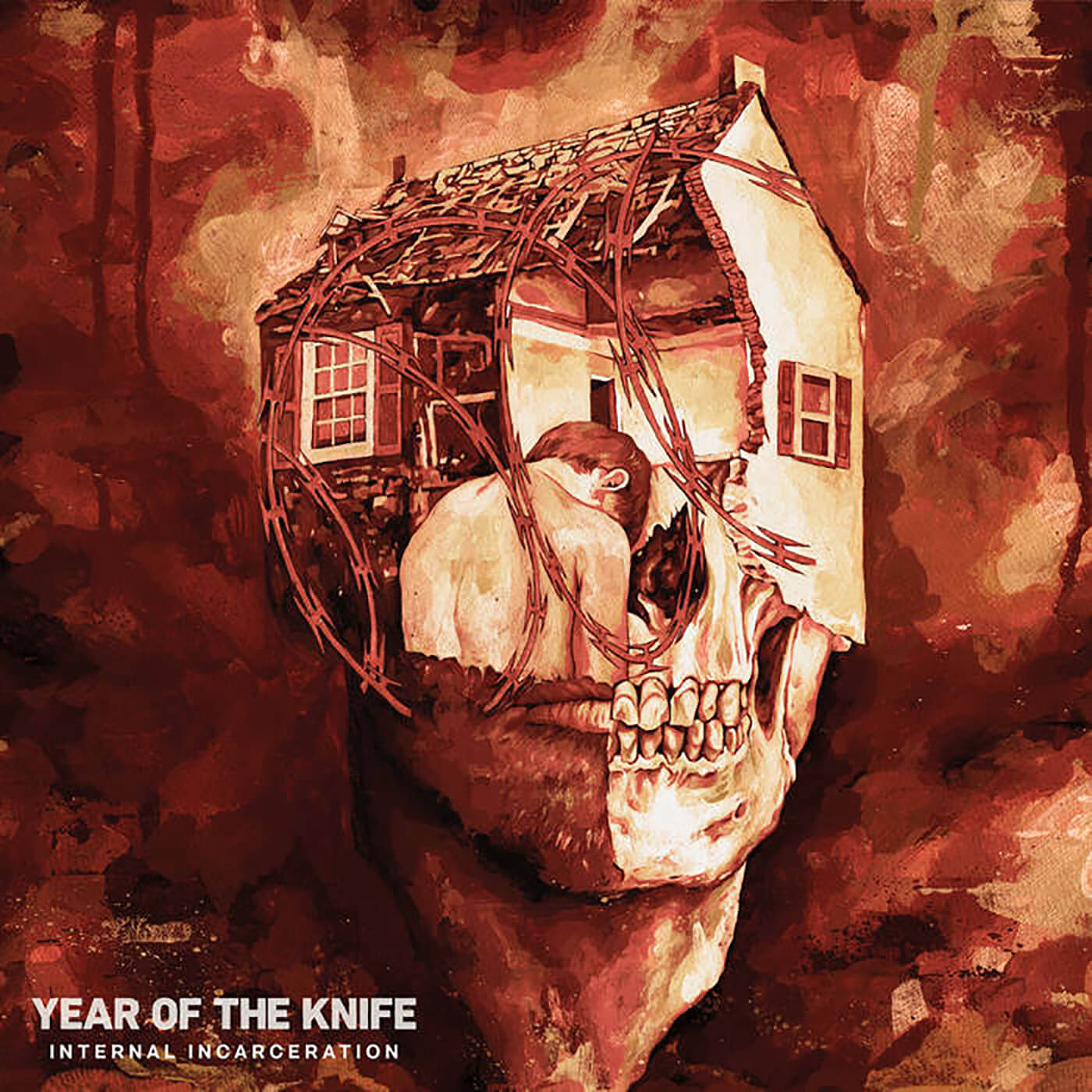 The guitars are absolutely filthy. Kurt delivers the grit.

“I’ve always been into death metal and ugly guitar tones. With this record, Kurt was really talking to me about how I wanted the guitars to sound. I was like, ‘I think I have a really cool live sound right now.’ I’d been running one of those HM-2 clones by Lone Wolf. He was like, ‘Yeah man, that shit’s cool but I think we could make it better.’ And we did. It wasn’t so much that he picked a tone, it was more like I picked it and he helped me shape it.”

What was your setup?

“We used a JCM800 and a Dean Costello boutique head called Heavy Metal Warfare. That is the craziest fucking thing I’ve ever heard. We used some Kurt wizard pedal, like a Crate distortion with the HM-2 EQ, and Aaron used a [Electronic Audio Experiments] Longsword. My go-to guitar is a 2017 Gibson Explorer. I’ve always been obsessed with it because Metallica was a huge thing for me.”

How do you write? It feels like the brutality of the music has to feed off what Tyler is trying to convey in order to work.

“The two sides are very complementary. Any time I feel mad, sad, anxious or whatever I pick up a guitar. I write most of the songs like that – I’ll write a whole song out and then take it to the band. For me it’s a huge sense of catharsis. Any negative energy I have stored up I put into my playing, and Tyler does the same thing with his lyrics and his voice.”

“My stepdad is a career musician. He plays bars and casinos in Delaware. I wanted to play bass, and he had this ancient one from like 1980. That’s where it started. I’m 28 now, and my wife got me my first electric guitar when I was 23 or 24. I was like, ‘I want to write my own shit.’ I couldn’t even fuckin’ palm mute when I first picked it up. It was a Jackson Dinky, a really nice one.” 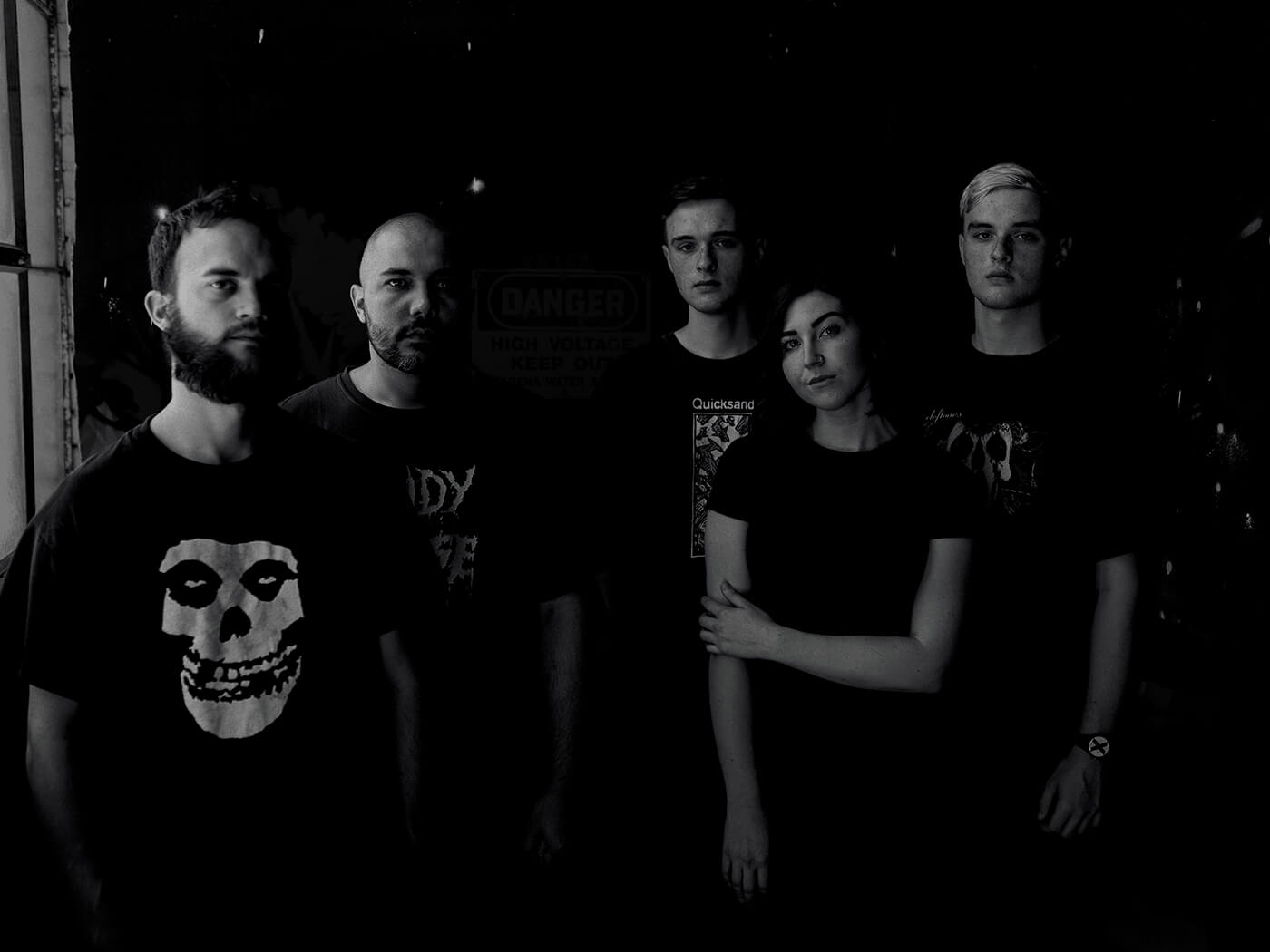 What sort of hardcore scene was there in Delaware when you were growing up?

“Where I live is very rural and suburban. Luckily I found a few friends who started bringing me to shows at this venue about an hour north [in Wilmington] called The Grange. That’s where I really got into seeing bands play and cultivated my taste in music. I was seeing hardcore shows all the time. The thing that clicked for me wasn’t the stage-diving or people singing along, it was people beating the shit out of each other. I liked watching people dance, watching people mosh. I liked how the music really influenced what they were doing. Growing up in the northeast, it’s crazy. The most violent shows are here. I was always getting punched in the face. I loved it.”

Year Of The Knife’s Internal Incarceration is out now on Pure Noise Records.

Year Of The Knife
#Artist#Rock