Electricity Meets Guitar: How we turned a lightning bolt into rock ’n’ roll

In his exclusive new column for Guitar.com, JHS Pedals main man and stompbox historian Josh Scott begins his journey through the history of effects by going back. Way back.

If you really want to explore the history of the guitar, it begs a question: how far back do you want to go? Now, I lean towards going too far. Always.

Should we go as far back as 500AD, when the first guitars (portable, hollow, wooden stringed instruments with fretted necks and hollow bodies) appeared in artwork produced by the Hittites? Or should we travel back to 1311, when the coronation of Alfonso XI (the king of Castile, León, and Galicia) was celebrated by blasts of every instrument available at the time, including guitar? Should we make a stop in 1660, when the guitar was catapulted to the very summit of English society when the exiled King Charles II returned to England to take the throne, bringing with him a new wife and a love for the guitar imparted by the great Italian guitarist Francisco Corbetta?

We could, but the name of the article is ‘Electricity Meets Guitar’ after all, so it makes more sense to me to start with a man, a key and a kite.

In June 1752, when American Founding Father and genius inventor Benjamin Franklin flew his kite up into a raging Pennsylvania storm cloud and pulled electrical sparks from the sky, he forever proved that lightning was, in fact, electricity. He furthered a new exploration of harnessing nature’s most magical and mysterious force: lightning. He was working towards a rather personal reality for us here on Guitar.com, blazing a trail that almost 200 years later would transform an ancient wooden box with strings into a culture-shaking instrument of change. He was unknowingly helping to electrify our guitars. I like to think he would be proud of what he helped accomplish, and I like to think that he would have enjoyed the 80s.

I know this talk of transforming an ancient box into an instrument of change sounds a bit dramatic, even a bit over the top. It should. The harnessing of electricity gave us the light bulb, radio, television, the electric motor, refrigeration, Super Nintendo, air conditioning, electric

Can openers and many other technological marvels, but perhaps most importantly it has given us the electric guitar.

In 1931, when George Beachamp completed the first-ever electrified guitar by winding thousands of wires around a magnetic pole to create a coil that turned the strings’ vibrations into electrical energy, it was an awkward and misunderstood thing to behold. For starters, traditional guitar makers and musicians were too busy laughing at how it looked and ridiculing this new instrument to actually play it. At first glance, it was a failure.

One year later, on Halloween night 1932, a guitarist named Gage Brewer played two different models of George’s electrified guitars at the Shadowland Pavilion in Wichita, Kansas. This was the first-ever live performance of the newly electrified guitar. Many people were afraid of what they might witness and some even feared that the electricity in the guitar could kill or injure Brewer if things went wrong. After all, it had only been 50 years since inventors Thomas Edison and Nikola Tesla’s rivalry led to electric light first appearing in homes. At this point, many of the surrounding Kansas towns still did not have electricity, and this was reflected across the nation – while Brewer was demonstrating the power of electric guitar, 30 per cent of America was still in the dark.

The advertisement for the event embraced the electric guitar’s notoriety: “We are at this time introducing the world’s newest and most sensational instrument. A new invention which is startling to the music world…” Halloween was a perfect night to debut the electric guitar’s first live performance, as it was equal parts exciting and frightening to the audience who had no idea what was happening in front of them or what it really meant to electrify a guitar. 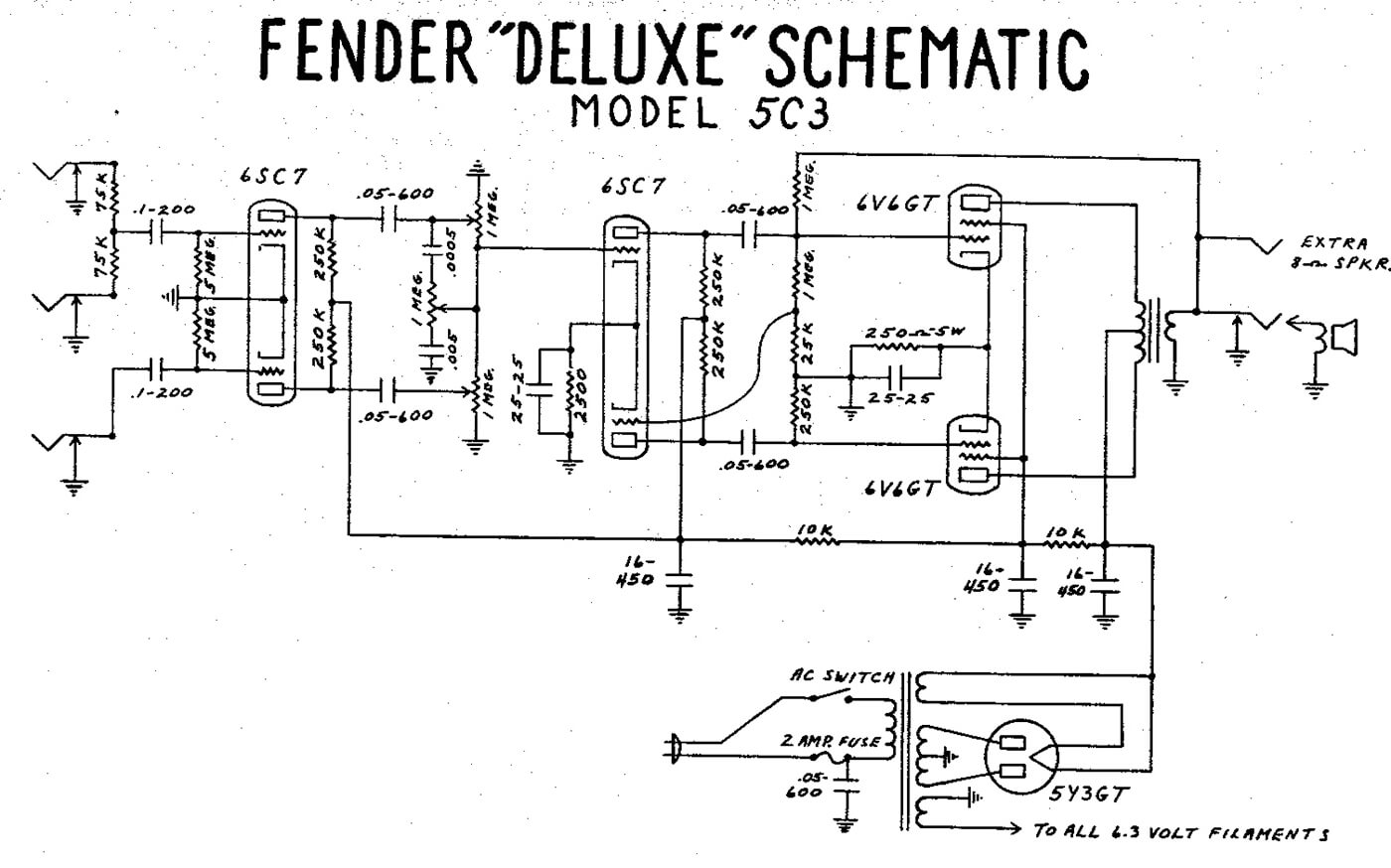 Power to the people

With this same sentiment, let’s ask the questions they were most likely asking: why would anyone want to electrify the guitar? What good was it to capture the strings’ vibrations and send them as electrical current into an amplified speaker? Was the natural sound of a Gibson acoustic not enough? Was the Martin dreadnought or the Epiphone archtop not satisfactory? The short answer? No.

Music moves at the pace of culture, or maybe it is better to say that culture moves at the pace of music. The roaring twenties revealed a problem: the acoustically amplified guitar needed an update and it needed it now. Jazz and swing band guitarists rehearsed and put in the same hours as their bandmates on trumpet, saxophone and drums, but they were lost in the mix. The acoustic guitar was simply not going to work for the demands of modern music. Imagine driving away from the gig and asking your sweetheart how you sounded only to have the response be, “I really couldn’t hear you.” That’s not rock ’n’ roll. That’s depressing.

By 1936 Gibson released a new electrified archtop jazz guitar (the ‘Electrified Spanish’ ES-150) just in time for a young new prodigy named Charlie Christian to exploit it. Mary Lou Williams discovered Charlie in a small roadside club and told the Justin Beiber of the day, Benny Goodman, who immediately took him on the road, thrusting Charlie into the spotlight. Armed with this new one-pickup electrified guitar, jazz guitar was now properly amplified in the midst of the loud brass and woodwinds that had drowned it out just months before. The world had its first guitar hero and the guitar had its first hope of being more than a wooden box with strings. Electricity was moving fast in the big band world. The kite was finally in the sky.

Around the same time, the California coast began helping to evolve the common swing band into a new genre: western swing. Bands like the Texas Playboys had migrated to the exploding Los Angeles music scene, reaching into an uncharted land by giving the electrified guitar an increasingly visible frontman role. As this happened, guitarist Leon McAuliffe started experimenting with turning his amplifier up more and more to meet the demands of the packed Orange Country dance halls.

By doing so, McAuliffe was pioneering a new sound, the sound of distortion. Players like him helped radio repairman Leo Fender to envision new amplifiers that further expanded what was possible through the sound of the electric guitar. The resulting music – not just loud, but beautifully distorted – changed the course of rock ‘n’ roll history. The term ‘distortion’ had begun to shift; it no longer meant broken equipment or bad musicianship. Now it was becoming an aesthetic choice.

Since the invention of vacuum tube-based and audio electronic design in 1907, engineers had fought hard to create clean, pure and pristine amplified sound. By 1951, Willie Kizart, Ike Turner’s guitarist and producer Sam Phillips (Sun Studios), had joined others like Howlin’ Wolf in discovering that breaking past the clean barrier intended for guitar amplification was pure magic. In transforming the safe and predictable sine waveform of the guitar into a destructive square wave, they created a new genre of music: rock ’n’ roll.

Between 1952 and 1958, the Fender Telecaster, Stratocaster and Jazzmaster as well as the original Gibson Les Paul solidbody electric all hit the market. During this tumultuous decade, inventors such as Paul Bigsby, Leo Fender and Les Paul engaged in the musical equivalent of a ‘Space Race’, each hoping to release new developments in electric guitar before the other. It was a furious and risky business pioneering the new sound of society, but thankfully the electric guitar revolution was more or less restricted to popular culture, not communist regimes.

In 1958, Link Wray released his hit instrumental song Rumble, which featured distortion and one of the first uses of powerchords. Believe it or not, it was banned from radio for fear that it would incite riots. For the record, this song did later inspire famed psychobilly artist Poison Ivy to play the guitar, so this might not be as unbelievable as it sounds.

The same year, Chuck Berry released his iconic hit Johnny B Goode (recorded playing a Gibson ES-350T), and in doing so introduced a new kind of hero: a rock ’n’ roll folk hero. This song was so iconic that in 1977, when NASA sent the Voyager 1 and Voyager 2 (the first two human-made objects to venture into interstellar space) into space with a phonograph record for any inquiring extraterrestrials, it included Johnny B Goode. Try to imagine Marty McFly at the Enchantment Under The Sea Dance playing anything other than this song. You can’t, can you? In the context of Back to the Future, time travel may be the reason that electric guitar took off in the 1950s, but in reality, it was always going to happen. You can’t stop the future.

Sure, the lightbulb is important, but is it more important than the electric guitar? Can we confidently place George Beauchamp on the same pedestal as innovators like Thomas Edison and the Wright brothers? I say yes. Try to imagine the past century of history – World War II, the Great Depression, the Moon landing, the Civil Rights movement, not to mention the evolution of music into the amazing variety of genres available today, everything from death metal to Dad rock – without the electric guitar. Hard to do, isn’t it? Picture Dylan at Newport without his Stratocaster, or Jimi at Woodstock playing a Martin acoustic. It simply doesn’t work. Imagine all the moments when the electric guitar, the sound of wire, magnets and metal strings, was the soundtrack for your life. Now, imagine those moments on an acoustic. Even worse, imagine them with a trombone or accordion instead. I don’t know about you, but I just shuddered.

When I finally build my time machine, the first place I’m going is 1752, so I can bring Benjamin Franklin an electric guitar, some records, a nice stereo system and a generator (because it’s gonna be a few years ’til he’s on the grid). I want to crank that stereo and play Jimi Hendrix’s Are You Experienced, Led Zeppelin’s self-titled album, Pink Floyd’s The Dark Side Of The Moon and U2’s The Joshua Tree.’ I want to watch Ben’s face as he realises that the lightning he harnessed did more than illuminate our homes: it gave the guitar a voice and changed history.