We chat with guitarists Trevor de Brauw and Dallas Thomas about their guitar setups and compositions for their latest album. 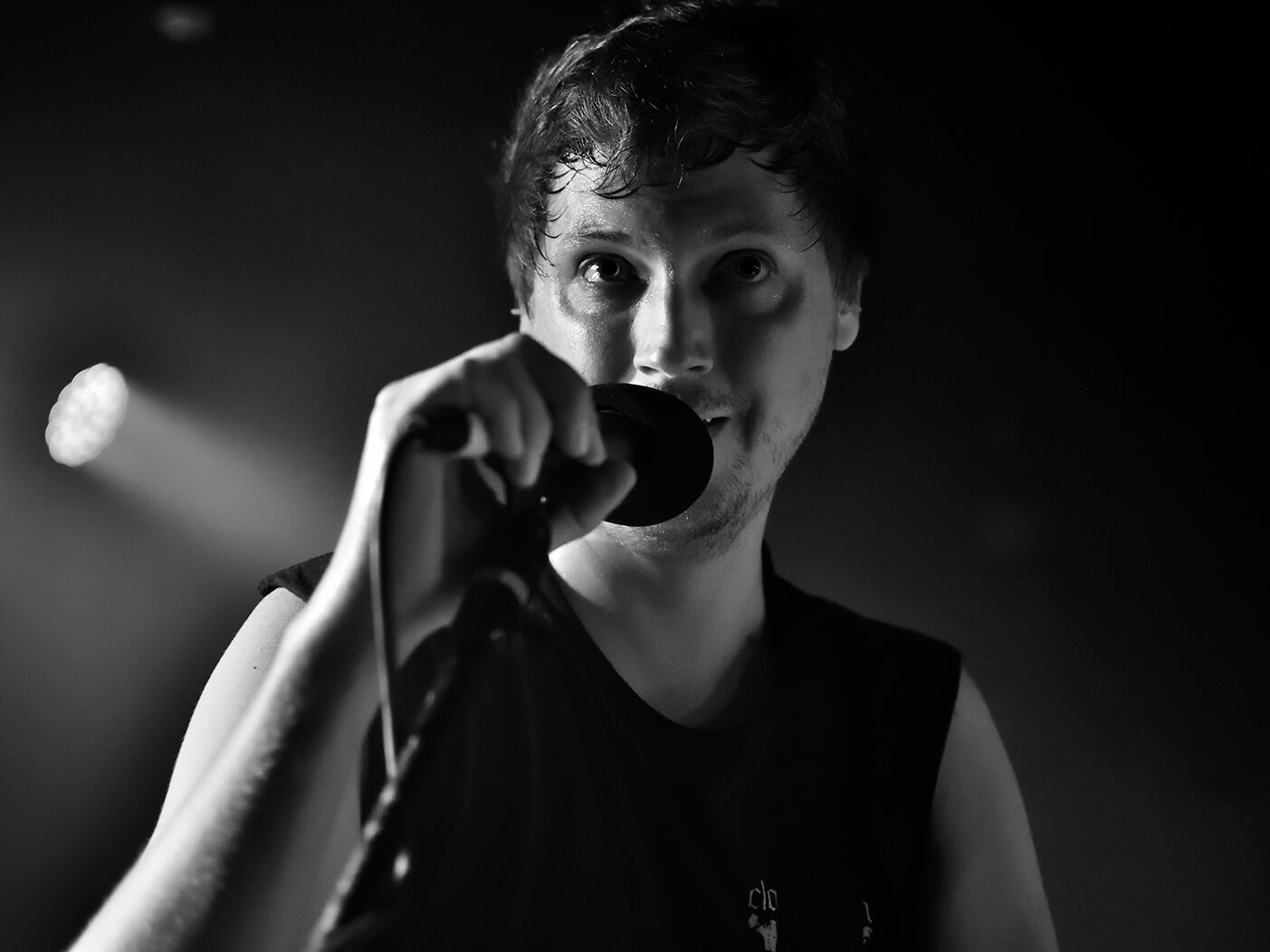 Nighttime Stories, Pelican’s sixth studio album, has been out for almost a week now, and if you’ve yet to listen to it, we suggest doing so after a long day at work – preferably with a beer in hand. As far as cathartic experiences go, this one ranks pretty high, and after speaking to the band, it’s not difficult to see why.

In 2014, guitarist Trevor de Brauw and drummer Larry Herweg lost their friend and former Tusk bandmate, Jody Minnoch, to an undiagnosed heart condition. The loss set both musicians on a retrospective path, where they returned to a long-forgotten discordant and aggressive playing style. That, in part, became the blueprint upon which Nighttime Stories was built.

Just before the album dropped, we caught up with de Brauw and the band’s newest member, Dallas Thomas, to talk about how Nighttime Stories was put together. The pair covered everything from the emotive compositions to detailed gear setups.

You’ve talked in the past about how 2008-2009 was taxing on Pelican, physically and creatively. How have things changed since then?

Trevor de Brauw: We stopped trying to pursue the band as our primary means of income, so the band purely operates as a creative venture now with less pressure overall. The fact that we have to schedule around work obligations makes things difficult in its own way, but now the creation and performance of this music occupies a very sacred and special place in our lives.

Nighttime Stories contains a fair bit of Tusk’s musical DNA. Was Jody Minnoch on your minds often when you were making this record?

TD: The first song we wrote for the album was the title track, and on some subconscious level, Jody was very present for that part of the process. And I think it’s safe to say that the sound and vibe of that song had a lingering effect on the directions we took some of the other material as well, but the writing of this album took place over such a long period of time – and was marked by such huge and significant life changes for all of us – I think it would be reductive to say any one factor was a preeminent influence.

Jody and Tusk were a hugely important part of Larry and my lives, and we do hope that whatever elements of his creativity rubbed off on this album do justice to his memory.

Dallas is the newest official member of Pelican, though he’s been playing live with the band for a long time. How did he fit into the songwriting process?

TD: He was integral and, in many respects, kept us on track and organised as things sprawled out over a multiyear writing period in piecemeal. Dallas proved an expert not only at archiving, but also at providing ideas. It’s been an incredibly gratifying experience cultivating a musical rapport with him.

Trevor said on Twitter that the album is in part influenced by the rise of white nationalism.  Did you come to any new conclusions or understandings about what was going on around you through the making of the album?

TD: The process of writing for Pelican is typically more emotive than cerebral, so I think it’s safe to say that our exploration of these concepts was limited to an intuitive expulsion of our anxieties and frustration. I think having this outlet to process the dark emotions consuming us and turn them into a positive release, was crucial for maintaining sanity – and a very necessary exercise.

We hope that the music will prove as therapeutic for people listening as it was for us making it. We also hope that the album’s inherent themes of compassion and acceptance welcome white nationalists to embrace a less bigoted worldview, or at least pisses them off.

Let’s talk gear. Has your setup changed much over the years?

Dallas Thomas: I have a discontinued Soldano Supercharger pedal that I run through a Marshall Plexi 100W Reissue that is my main sound, but I recently found that a Bogner La Grange overdrive pedal is pretty close to the Soldano, more versatile and still in production – so I started taking that on fly dates.

TD: I’m pretty slow to change my setup, but I have been going through a period of transition as of late, and it’s not totally clear where I’ll end up. For the last couple records and accompanying tours, I was using a JCM 800, but recently, I’ve been running an Ampeg V4. I’m not sure if it’s my final destination, but I’m digging it at the moment.

What are your main guitars right now?

DT: I use two different Custom SGs with Flying V headstocks made by Scale Model Guitars in Nashville, Tennessee. I am a big Gibson-style fan but I can’t justify paying Gibson prices just to have the airline lose or break them. My buddy Dave at Scale Model builds his guitars well and they’re super affordable.

TD: I’ve been playing the same ’72 Gibson SG since day one in this band. I’ll probably play it until it gives out on me.

What would you say is the most important aspect of achieving Pelican’s wall-of-sound tone?

DT: Over the past few years our secret weapons have been using two Radial JDX DI Boxes on the guitars. They go in-between the head and cab, and are super clean and responsive, especially on a nice big PA. Other than that I would say it would just be the sum of the parts.

TD: I think we’ve figured out how to carve out tones that are different enough from one another that they’re complementary and add up to as subsuming of an aural experience as possible.

Do you have any grail gear? Or ones that got away?

DT: Yeah, it would be my Soldano Supercharger OD for sure. No, I don’t think I have had any gear get away, just break! [laughs]

TD: I borrowed one of Greg Anderson’s Sunn Model Ts for a southwestern tour a couple years back, and goddamn did that thing purr. Maybe one day I’ll find one at the same time that the funds line up in my favour.

Is your recording setup different from your live one?

DT: [Live] I have a loop switcher board that I use both a Soldano Supercharger and a Bogner La Grange together with HBE Detox EQ, Boss Delay for loop/noise and an EarthQuaker Dispatch Master for US touring. I also have a stripped down [setup] that just has the Bogner La Grange, Detox EQ and the Dispatch Master that I can just carry on the plane for fly dates.

And for recording Nighttime Stories, for my main tracks, I used one of my Scale Model SGs straight into the Soldano Supercharger through a 2006 Marshall Plexi HW Reissue, into an original 1975 Marshall Cab with Greenbacks. Then for overdubs I used an early 2000s Gibson Flying V with an assortment of stuff – mainly the Bogner La Grange, Dispatch Master then sometimes a Big Muff with a dying battery for different textures.

TD: I used my main live rig on pretty much every song, but certain parts call for different sounds. I’m the type of person that just sort of cycles through a bunch of different options until I find the thing that works without really taking notes, so I couldn’t tell you what some of the stuff is to be honest!

Nighttime Stories is out now via Southern Lord Records.