Looking to pick up a new delay unit? Here are a few of the best in the marketplace right now... 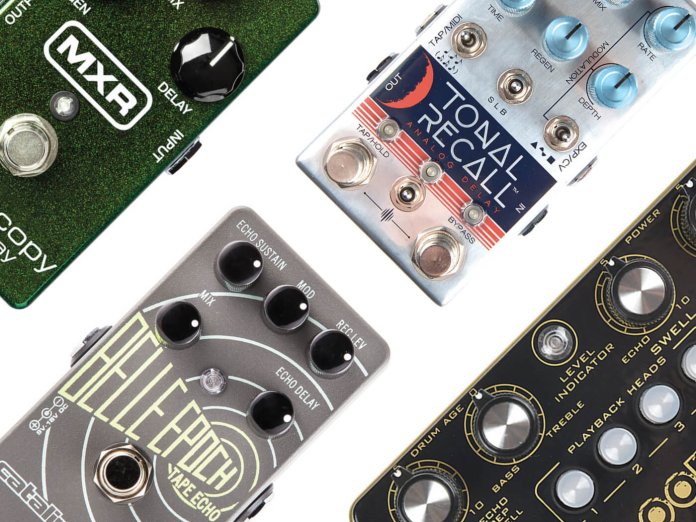 Delay is one of the most common effects you’ll find in a guitarist’s arsenal of stompers. The reason for this is simple: delay is like a ‘special sauce’ that can make everything sound that much better.

So, what is delay? In a nutshell, it’s when an original signal is captured, time-shifted according to a preset or a user-defined period of time, and then played back. Combined with various sets of controls – like repeats or modulation – it can produce anything from ear-splitting walls of sounds to otherworldly sci-fi warbles.

The Edge, Robert Fripp – who notably used a tape looping technique called “Frippertronics” – and David Gilmour are but a few icons whose sounds are steeped in layers of delay.

So if you’re looking for a little ‘je ne sais quoi’, you’ve come to the right place. On this list we’ve got a little bit of everything, from fuss-free analogue units to modern digital/analogue hybrids to experimental monstrosities. 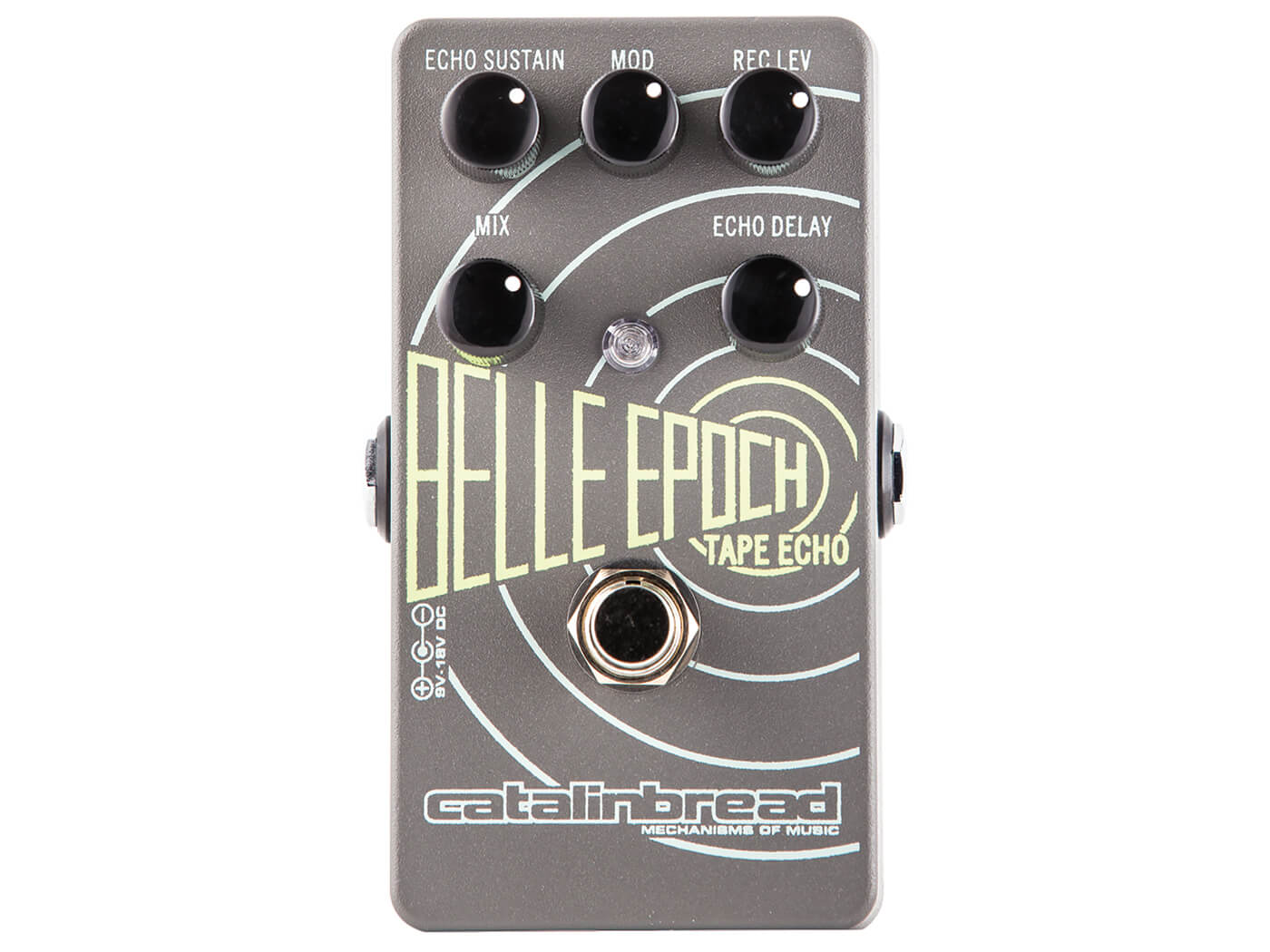 The Belle Epoch is effectively a hybid digital/analogue version of the famous Echoplex EP-3, and emulates it with remarkable fidelity. Catalinbread’s aim was to capture the ‘deficiencies’ of a classic tape delay that so often combine to produce unpredictable but wonderful results, and from the moment you switch it on, the results sound ‘right’. The crowning glory is the way the Mod control emulates the wow and flutter in an authentically random and haphazard way, that leaves you in no doubt why Echoplex obsessive Eric Johnson calls this the best EP-3 recreation around today. 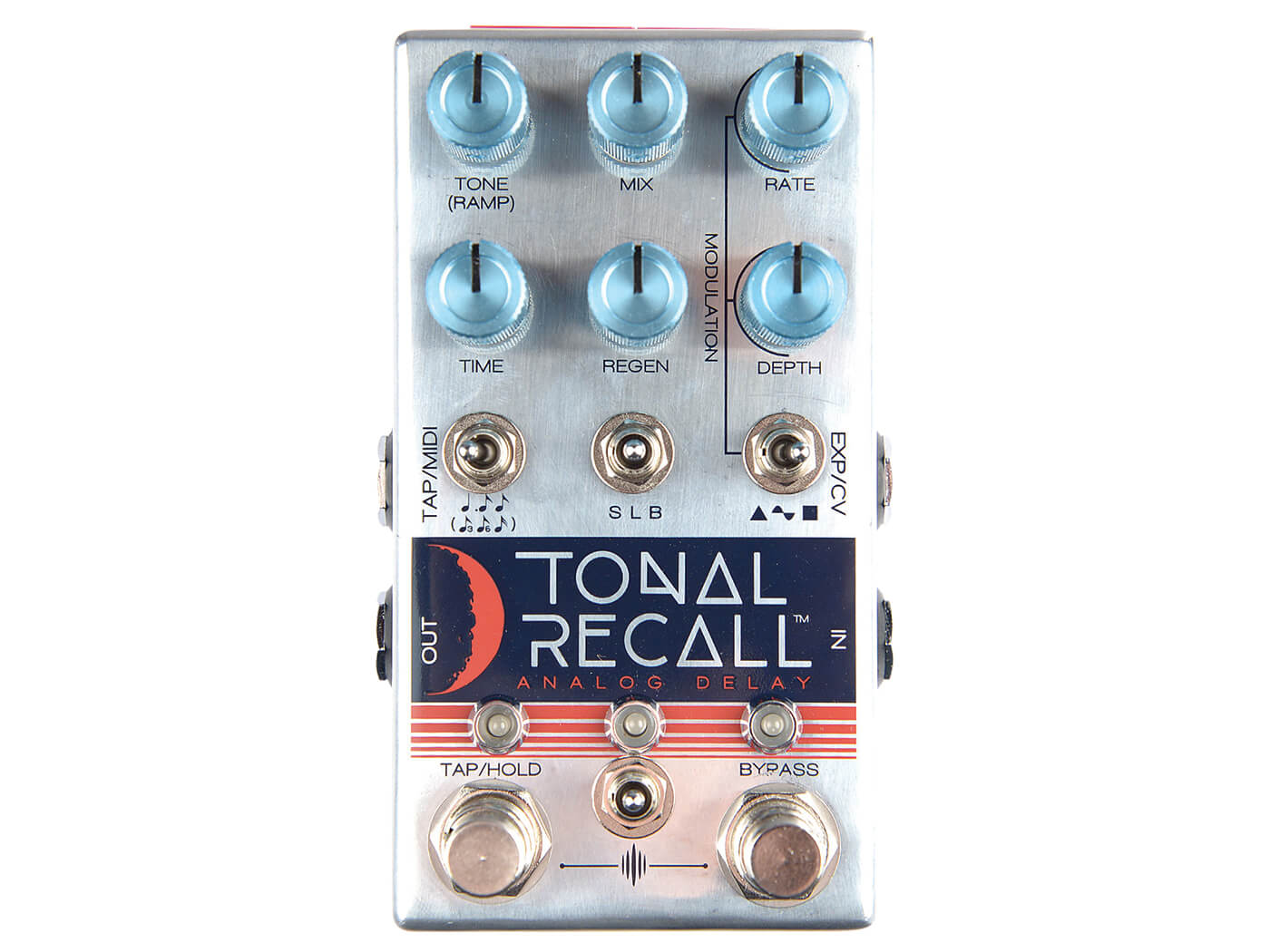 The core of the Tonal Recall is built around a pair of reissued MN3005 bucket-brigade delay chips, resulting in an unmistakable analogue character and velvety tape-like modulation. But the digital functionality of the Tonal Recall really sets it apart – while the guitar signal remains 100 per cent analogue, the digital side means you get modern amenities such as tap tempo, optional bypass, expression control over any parameter and the ability to save presets, all while retaining the fidelity of the pedal’s classic analogue delay tones. Simply put, it offers everything you could ever dream of from an analogue delay pedal, and much more besides. 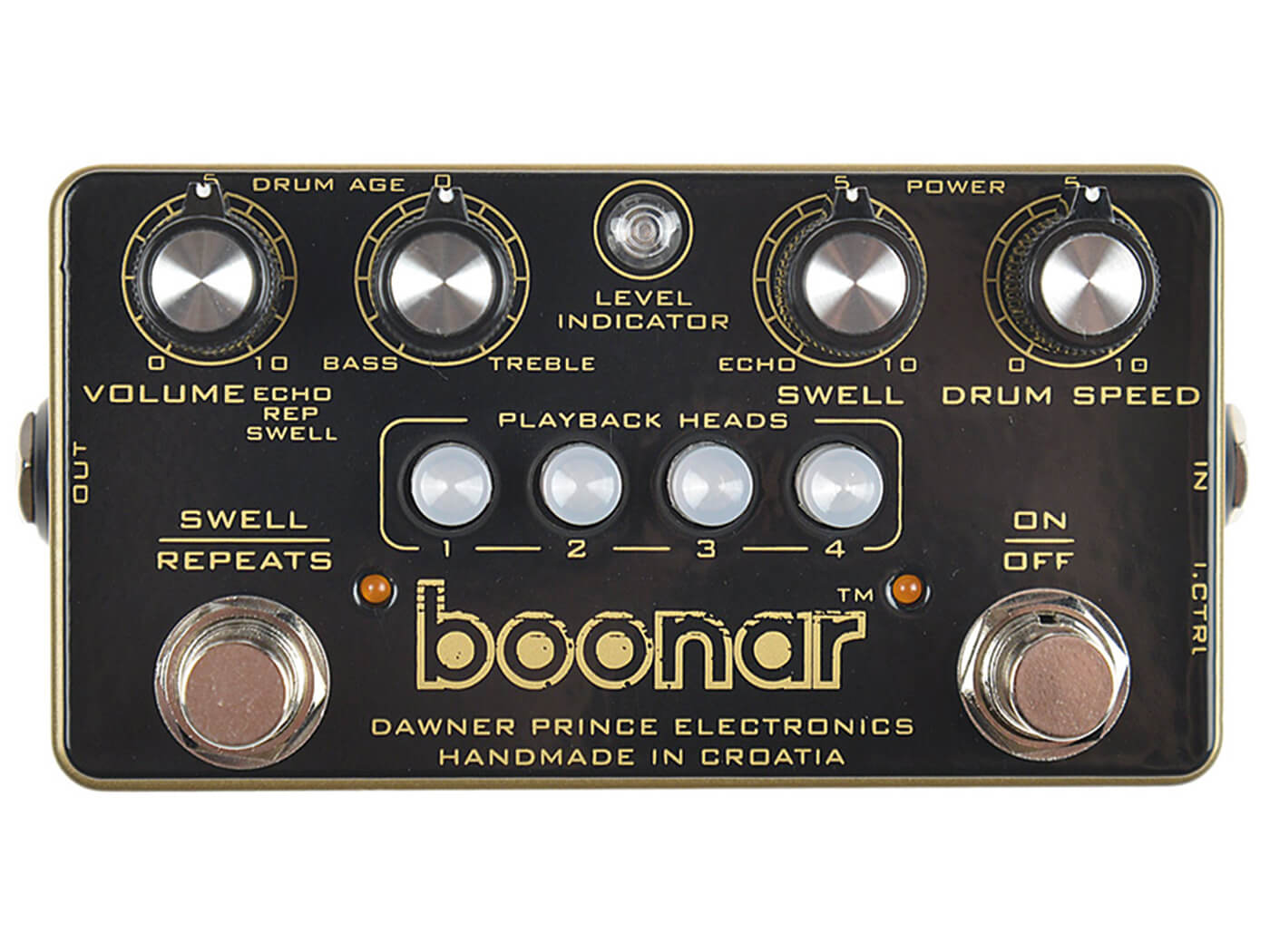 When you’ve got the likes of John Mayer and David Gilmour putting your vintage-style echo on their pedalboards, you must be doing something right. So it is with the Boonar, crown jewel of up-and-coming Croatian boutique builder Dawner Prince. The Boonar is a digital simulation of the classic Binson Echorec multi-head drum echo, with the valves and drum replaced by FETs and DSP. But while digital recreations sometimes lack the organic nature of an analogue device, the Boonar is endlessly fascinating, occasionally unpredictable and never less than beautiful sounding, all in a tiny footprint. 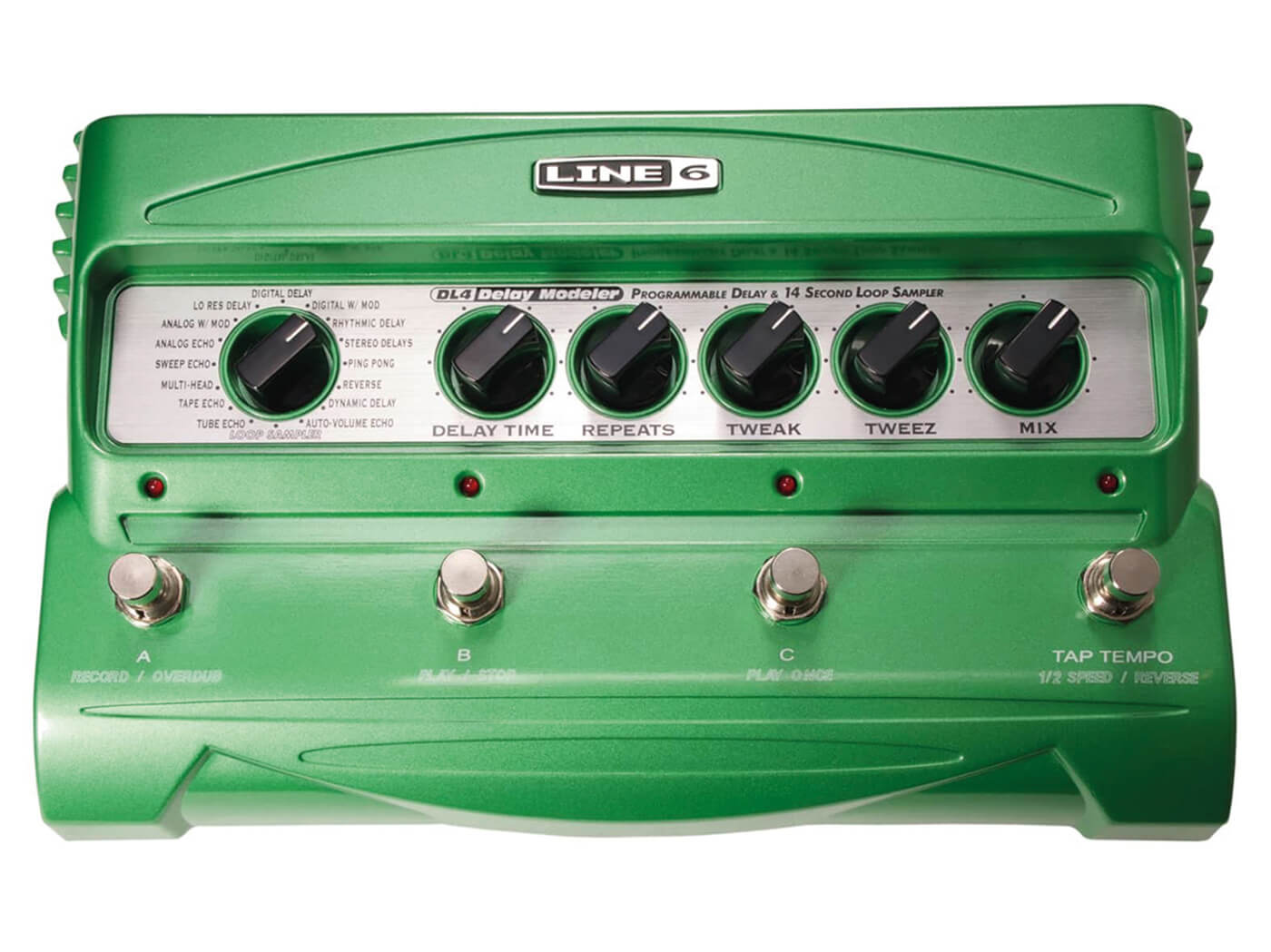 Despite being over 20 years old now, the Line 6 DL4 remains a staple of pro and amateur pedalboards the world over. Okay, so it might not be the best-looking, most reliable or most space-efficient pedal in the world by modern standards, and these days digital delay pedals have much more DSP power under the hood to model authentic-sounding repeats… but yet, there’s something amazing about this green monster. Whether it’s the ease of use, the affordable price, the compelling sounds or the remarkably creative onboard looper, the DL4 continues to capture the imagination long after it might have been rendered obsolete. 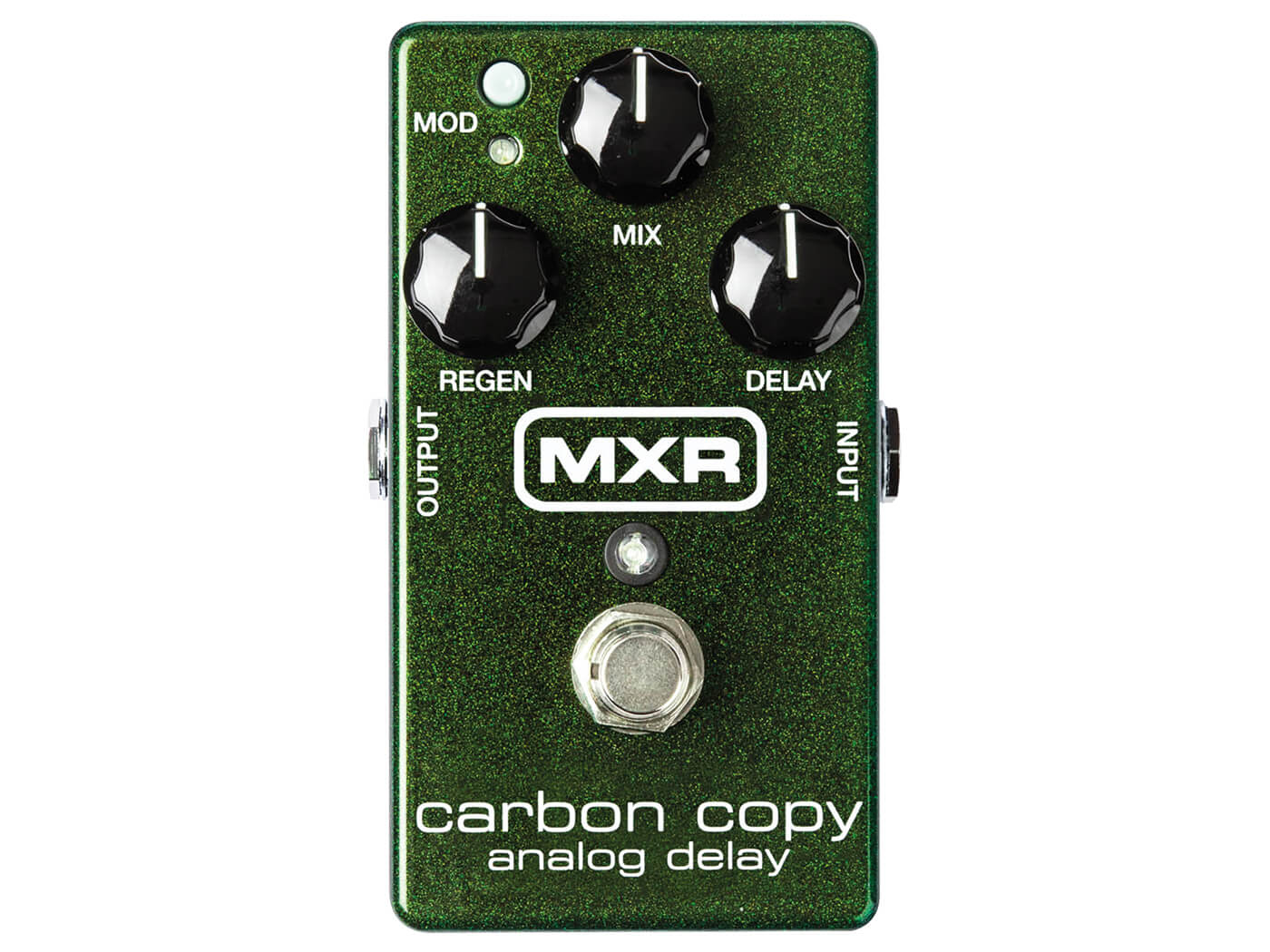 It seems like every year, delay pedals are constantly getting more complicated and more involved, and while for some of us that’s a great thing, many guitar players don’t need a vast array of buttons, knobs, modes and sounds. They just want a simple, great-sounding delay pedal that doesn’t require you to read the manual beforehand. And that’s why the MXR Carbon Copy remains one of the most beloved and popular delay pedals around – with 600ms of delay time, a modulation switch and just three controls, there’s almost nothing to get between you and all the warm, lush analogue-delay sounds you want. 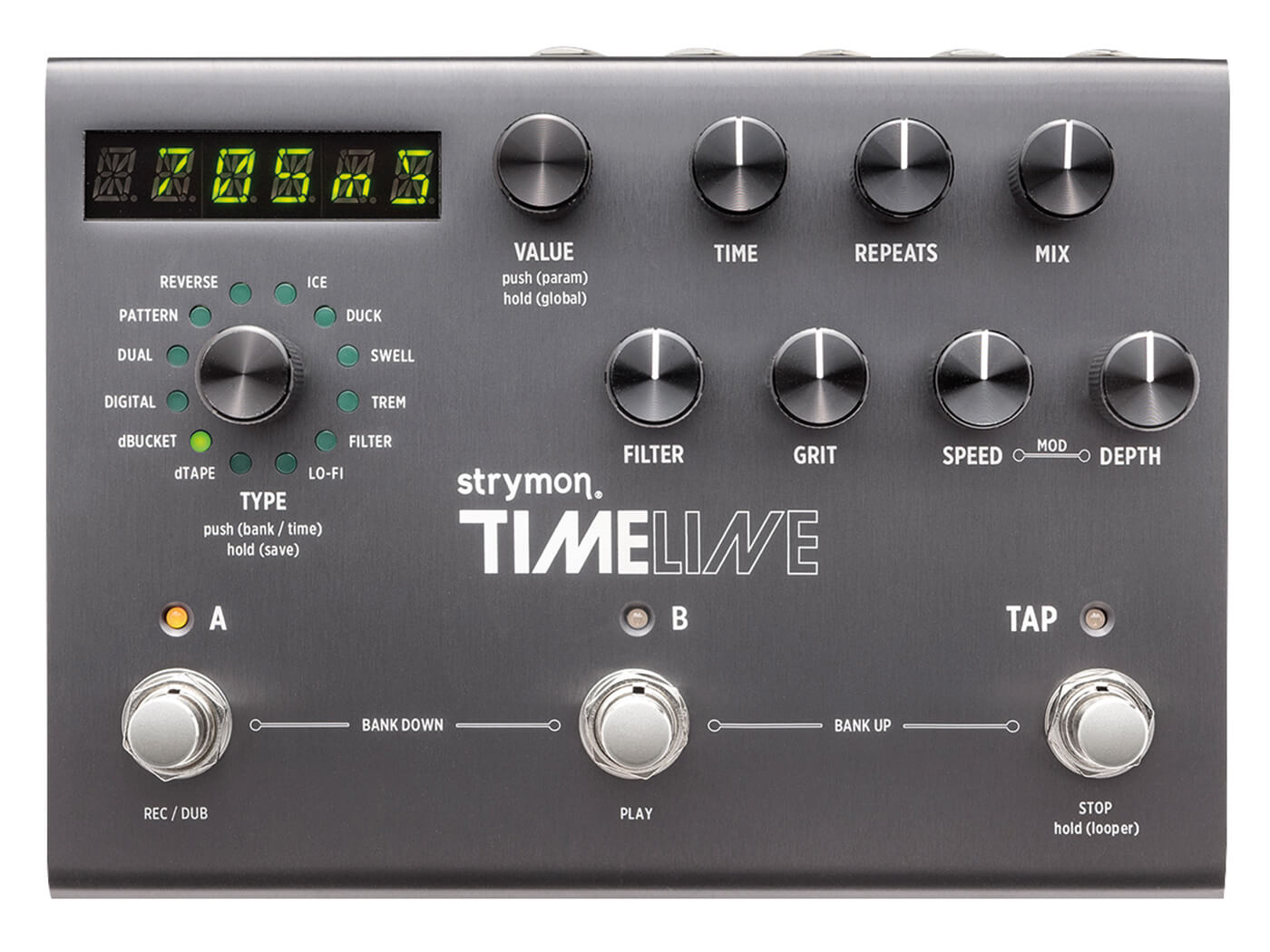 Many Strymon fans argue that the TimeLine is the best delay pedal in the world… maybe even the best of all time. That’s all subjective of course, but there’s no denying that the TimeLine has brought an unprecedented level of versatility, control and straight-up processing power to the world of floor-based effects. Utilising powerful SHARC DSP, the TimeLine delivers studio-quality sounds on your pedalboard via 12 ‘delay machines’, with a granular level of tweakability that means you may well find a use for all 200 of the user presets. A delay pedal for those who really do want everything.

It’s hard to describe exactly what the Dweller does – OBNE describes it as a ‘phase repeater’ modulation and delay, but it’s probably best just to categorise it as one of an increasing number of ‘extreme soundscaping’ pedals out there. Smashing together delay and modulation creates a whole range of curious and compelling sounds, and if you add an expression pedal to the equation, things get crazy very quickly – in a good way. Hugely inspiring. 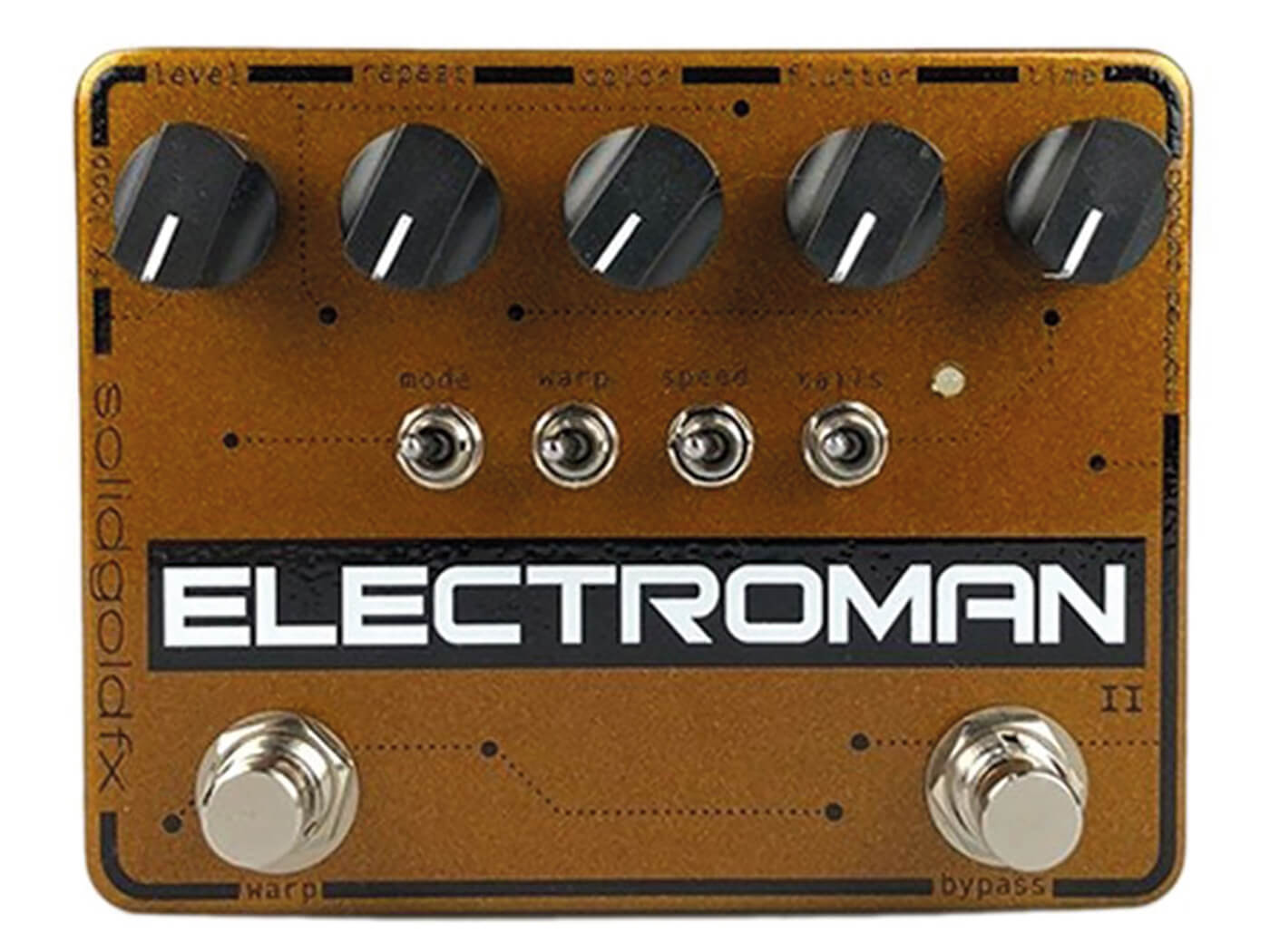 The second generation of SolidGoldFX’s popular oscillating delay monster takes everything people loved about the original unit and adds on even more features and functionality. The core of the Electroman MKII is a pair of cascaded delay lines which, when melded together via the mode switch, blur the lines between analogue warmth and digital spaciness. Crucially, the ‘Warp’ switch has been retained, now switchable to control just how much it sends repeats ramping up to self-oscillation for ambient textures and spatial soundscapes. With all that, plus an effects loop, true bypass and more, it’s a great choice for space cadets.

Learn more about delay and echo here. And check out our lists for best compressor, fuzz and reverb pedals, too.