From Metallica to Sergio Vallín, sometimes when you want to elevate your music, you need to get the orchestra in.

It’s fair to say that the electric guitar and the traditional orchestra are not natural bedfellows, but occasionally the two have crossed paths, and the results have been surprising and enriching for all involved. But delicate phrasing, intricate cadenzas and beautiful combinations of woodwind, strings, brass and percussion that make orchestral music, especially classical music, leaves plenty of room for an instrument as versatile and chameleonic as the guitar.

There are plenty of great examples of how guitar and orchestra can elevate one another throughout the history of guitar music, but below we’ve picked out 10 of our favourites, kicking off with a recent solo album from Sergio Vallín, guitarist of Grammy-winning Mexican rock band, Maná…

As his first all-instrumental album, Vallín enlisted the help of the Prague Symphony Orchestra to back up a seven-track set that includes collaborations with a range of guitarists from Carlos Santana on Desnudo, to Steve Vai on the title track.

The record resembles seven “mini symphonies” – a wall of sound mimicking contemporary classical, Latin, rock, and more. Vallín’s creation encapsulates the wonderful way instruments respond to each other at different points in score. Including the talents of Alejandro Sanz, Marco Antonio Solís and Maná’s lead singer Fher Olvera, Vallín chose not to include them for their vocals. To highlight instruments’ key role in artistic growth, Vallín had collaborators revisit their roots. Sanz lends his flamenco guitar to Cuando Nadie Me Ve, Solís plays percussion and Olvera adds harmonica to Vivir Sin Aire.

Microsinfonías pays homage not just to guitars, but to instruments from all families. From fiddling with structure, dynamics, keys, time signatures, cadences, tempo, articulation and more, instruments have the power to unlock a unique set of emotions. 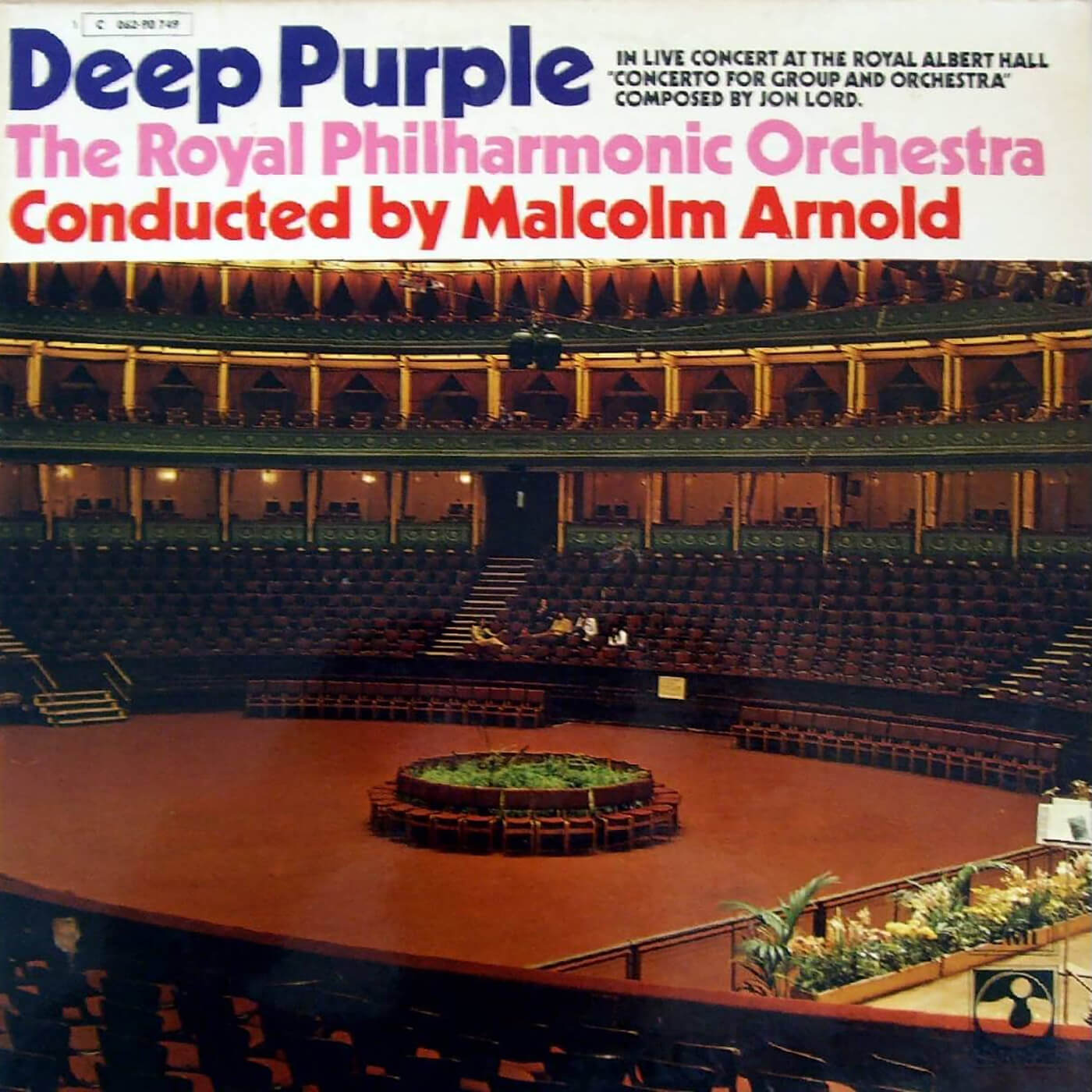 In 1969, Deep Purple performed a concert at the Royal Albert Hall with The Royal Philharmonic Orchestra, conducted by esteemed composer Malcolm Arnold. With original music from Jon Lord, the Deep Purple keyboardist took inspiration from the way instruments converse with each other in orchestra. Although isolated parts sound like pieces from a puzzle, rests, pizzicato and difficult rhythms weave together to form a unanimous swell of sound.

The concerto movements are ordered like a traditional classical symphony – the opening is a thundering, moderately paced allegro, the second eases into andante, and the third finishes in an exciting, quick presto. As one of the first groups to fuse rock n’ roll with orchestra, Deep Purple allow a push-pull grip on tempo as passages rock between string crescendos, playful clarinet cadenzas and abrupt interruptions from the group. 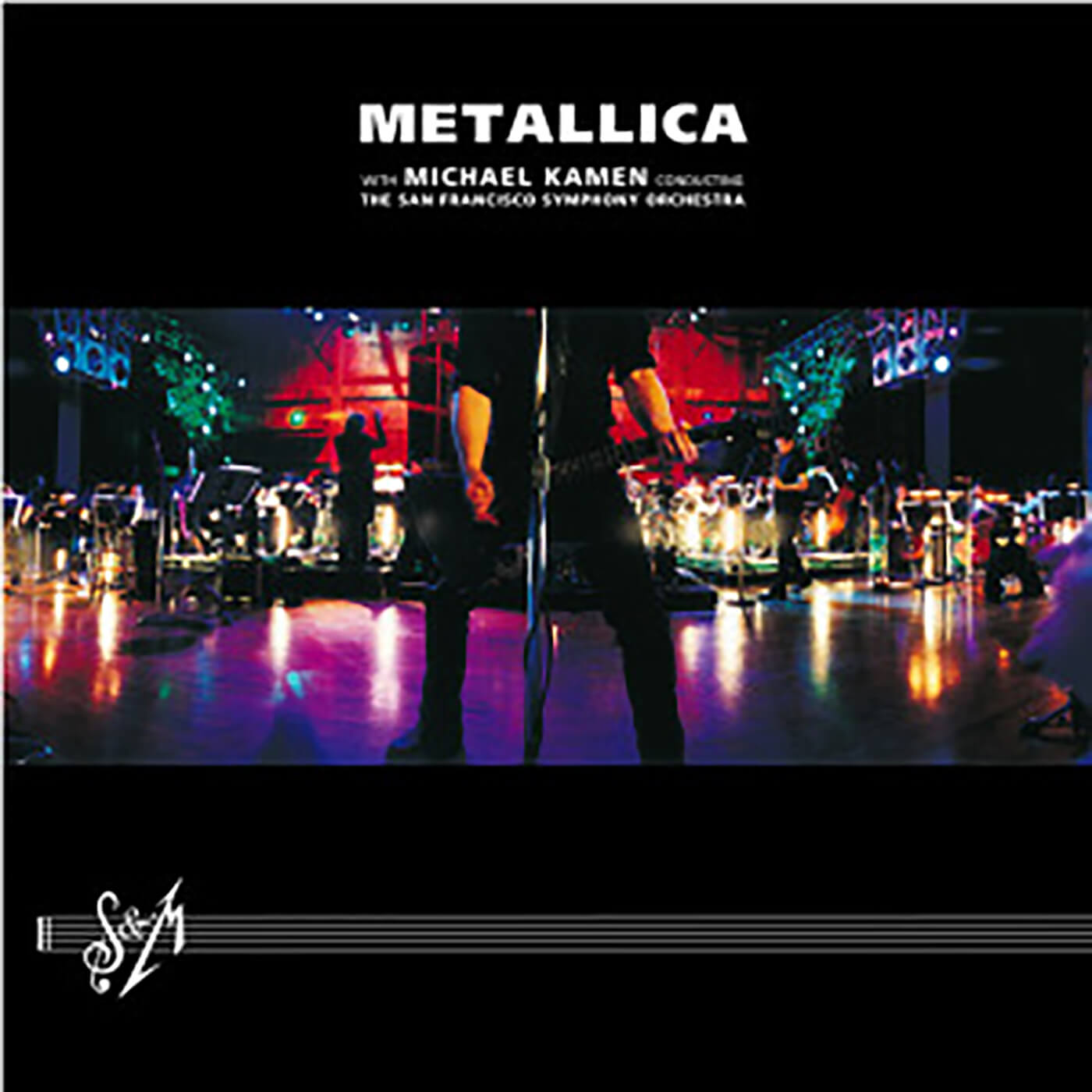 Conducted by Michael Kamen, 1999 brought an unlikely collaboration between heavy metal heroes Metallica and the San Francisco Symphony Orchestra. Recorded at the Berkeley Community Theatre, California, Metallica’s live album boldly set the template that future metal bands – including Bring Me The Horizon and Entombed – would seek to emulate.

1991’s the Black Album had catapulted Metallica to previously unseen heights of commercial and popular success for a metal band, but they spent the following years confounding expectations with the creative left-turn of Load/Reload and cover album Garage, Inc, but S&M was something else entirely.

Together with Kamen – who’d previously worked with Queen, Pink Floyd and Bowie – Metallica took a stab in the dark and created one of the most interesting albums of the band’s long career, reimaging Metallica’s biggest hits to make space for orchestra. Such has been the impact of S&M, the band revisited the concept 20 years later in 2019 for S&M2. 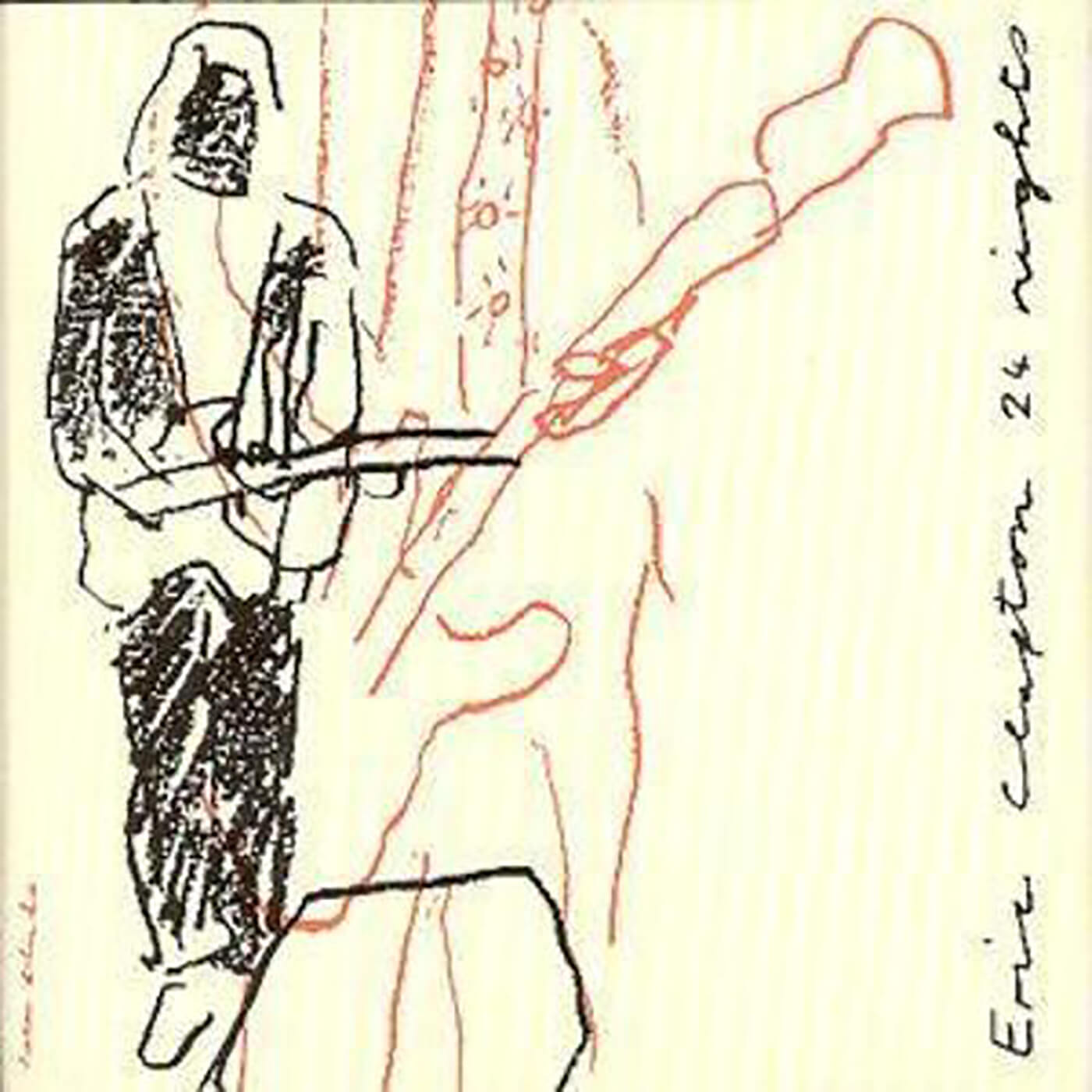 Although not entirely backed by orchestra, the National Philharmonic added colour to an emotional live album from the Cream guitarist, pulled together from twenty-four concerts played at the Royal Albert Hall between 1990 and ’91.

Again, his brand of blues might not seem immediately compatible with the delicacy of a symphony orchestra, but it’s hard not to feel like the chirping, elegant piccolo solo skating over a bed of strings in Bell Bottom Blues adds a newfound depth to proceedings, giving extra elegance and style to the track once Clapton’s guitar kicks in. 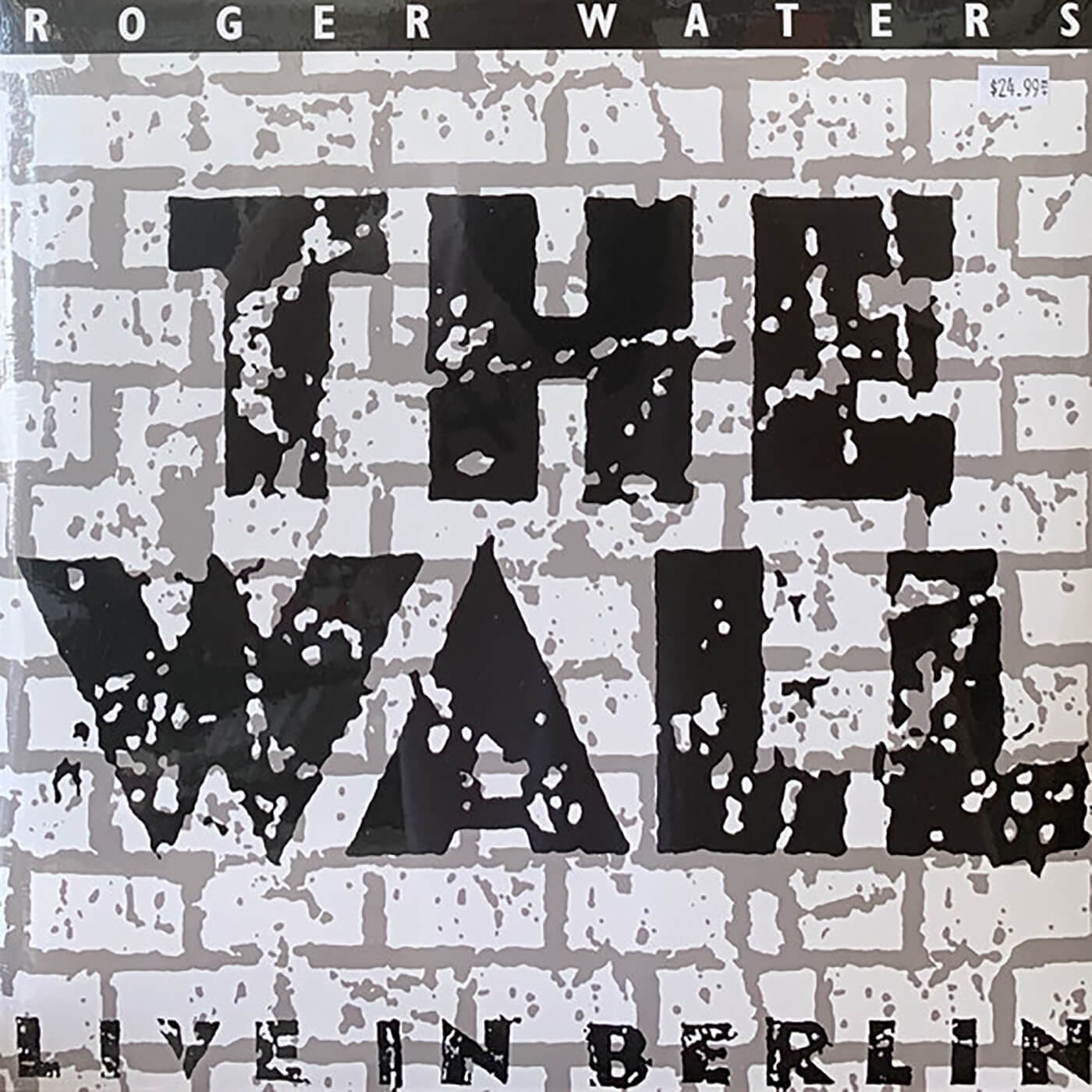 To commemorate the fall of the Berlin Wall eight months prior, Roger Waters performed Pink Floyd’s The Wall live in Berlin with an array of artists, and added instrumental talent,- including legendary flautist James Galway and guitarist Rick DiFonzo.

The Wall was not short of majestic power in its original form of course, but with its many and varied contributors – everyone from Scorpions to Joni Mitchell, Cyndi Lauper and the Rundfunk Orchestra and Choir – the performance in front of 350,000 people in a packed Potsdamer Platz gave new meaning to the album’s original themes.

Live In Berlin is a momentous epic that showcases the ability for guitar-centric music to work in perfect harmony with an orchestra – what was once Waters’ internal meditation turned out to be a musical triumph. 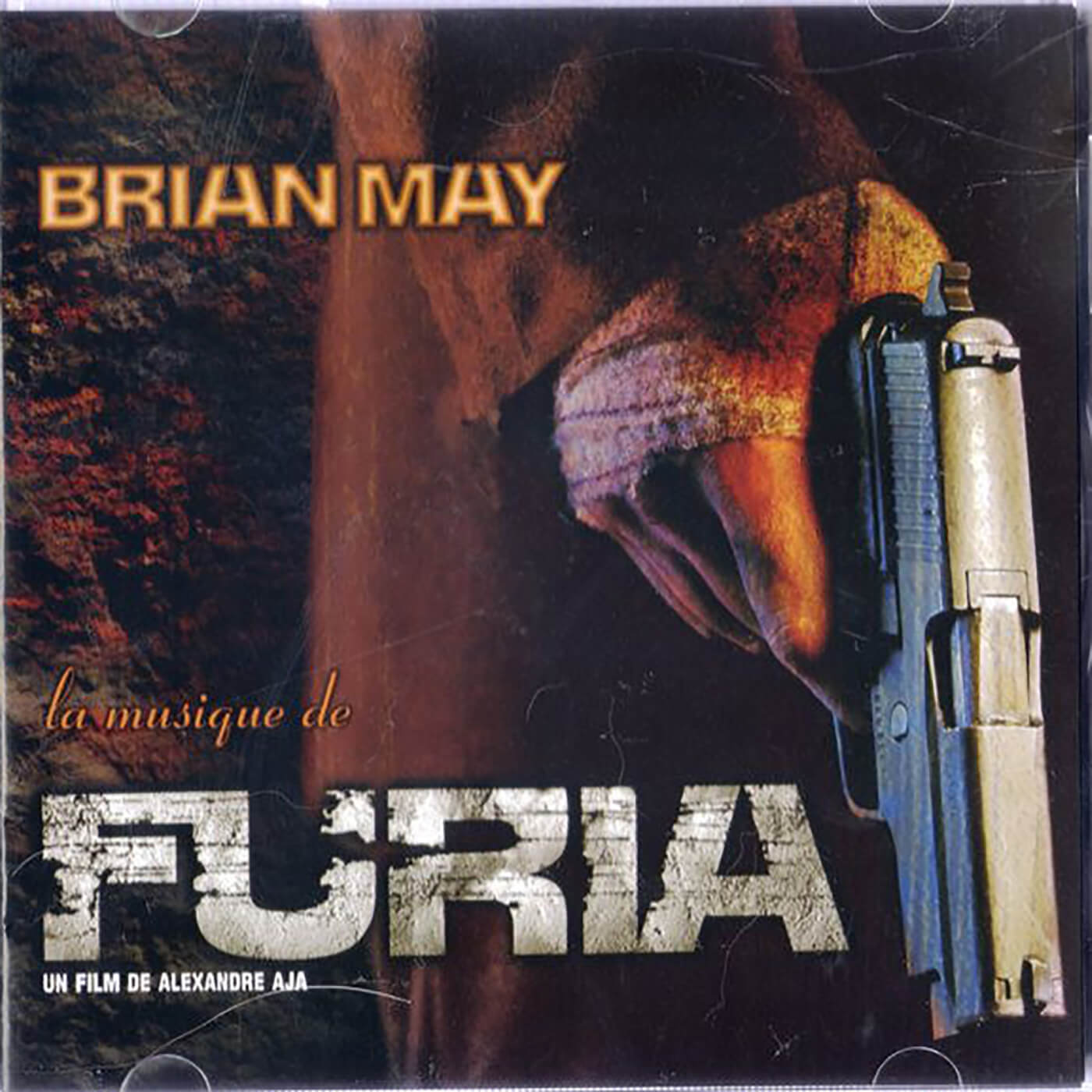 In 1999, Alexandre Aja directed the French film Furia and asked Brian May to compose the soundtrack. After working with Queen on 1980’s Flash Gordon, May knew a little about writing soundtracks for film. As the most classically oriented on the list, the album features flute, guitar, and violin solo tracks between May’s scattered Red Special input to include some of his rock persona:

“I ended up working directly with the film’s creator Alexandre, with none of the usual Film Company intermediaries, to produce, for the first time in my life, a complete film score. The sounds and music and words of this package are a curious mixture of French and English, for which we make no apology. Furia is timeless and belongs to the world,” Brian May told EMI for the CD’s cover sleeve, 2000. 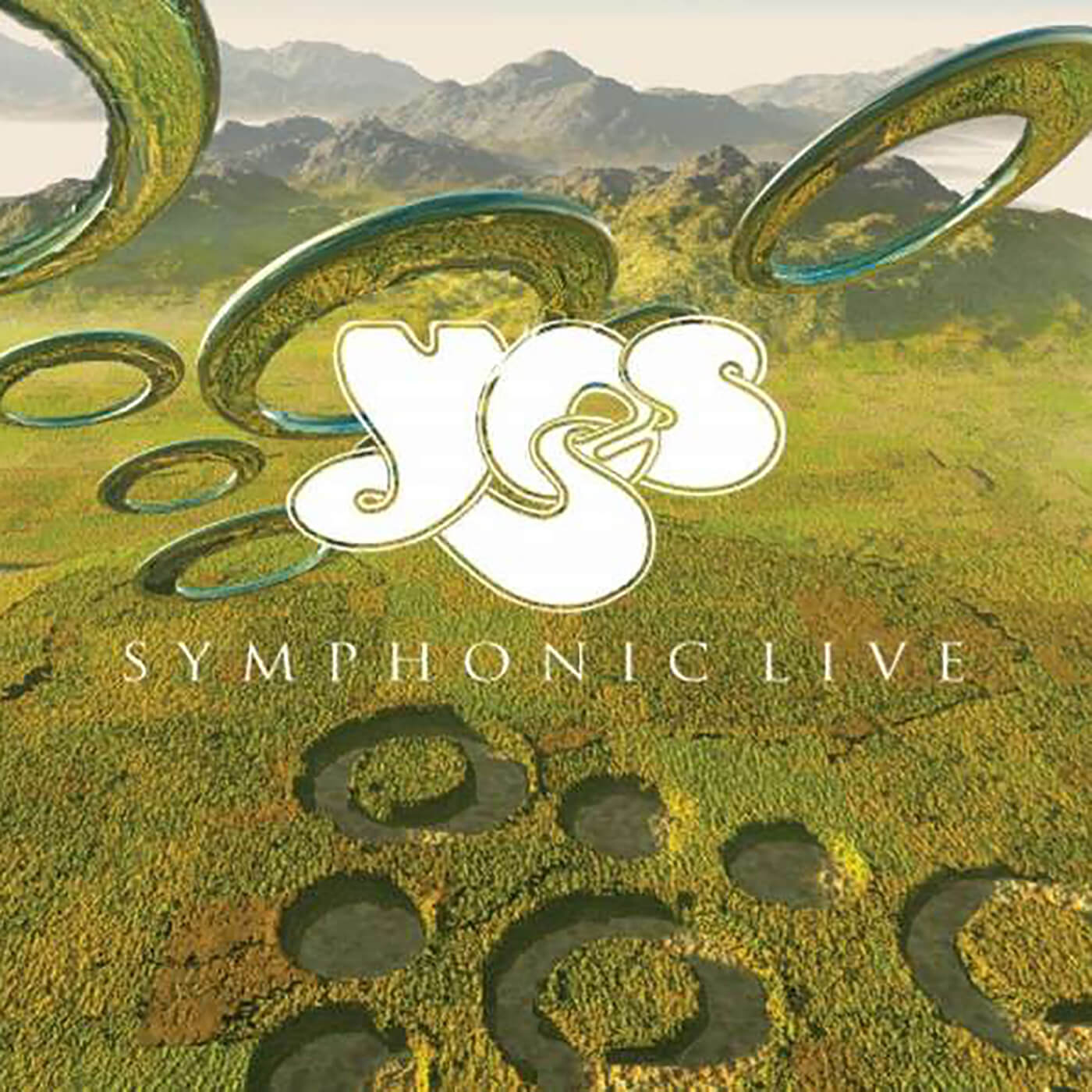 To support 2001’s Magnification album, Yes embarked on a ‘Yessymphonic Tour’ where they performed at the Heineken Music Hall in Amsterdam with the European Festival Orchestra. After 1970’s Time and World, Yes were one of the earliest bands alongside Deep Purple to attempt a band/orchestra collaboration. It was no wonder Jon Anderson, Steve Howe, Chris Squire and Alan White were set on trying again.

In a gig that made it to DVD release, Yes performed classic hits including Roundabout and Long Distance Runaround. The 60-piece orchestra, conducted by Wilhelm Keitel, boosted crowd favourites into new territory, emphasising phrasing and filling gaps in sound with a new kind of power. 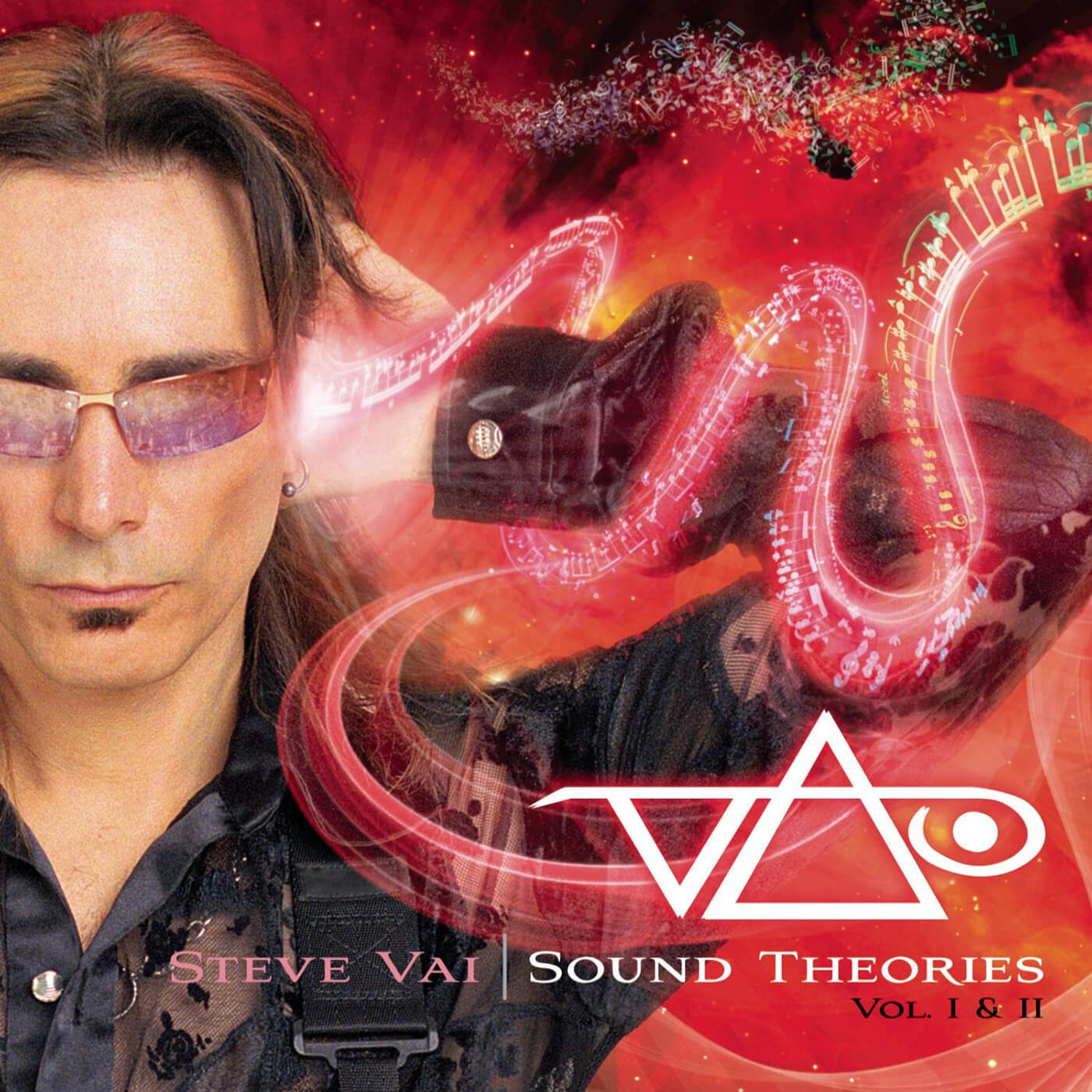 In an album split in two, 2007 brought Vai’s creative live collaboration with the Metropole Orchestra in the Netherlands. With the first half featuring Vai with orchestra, the second comprises orchestral arrangements of Vai’s own work, including Bledsoe Bluvd and Shadows and Sparks. Aptly named Sound Theories, the album experiments with question and answer as ‘Kill the Guy With the Ball’ involves bewitching glissandi from the strings in attempt to converse with Vai. As brass starts filtering into madness, Vai creates a chaotic crescendo leading into a dissonant climax.

As far as virtuosic players go, Steve Vai could take the crown. As his record earned praise from Terry Bozzio and even Tony Bennett, his work impressed many from different ends of the industry. 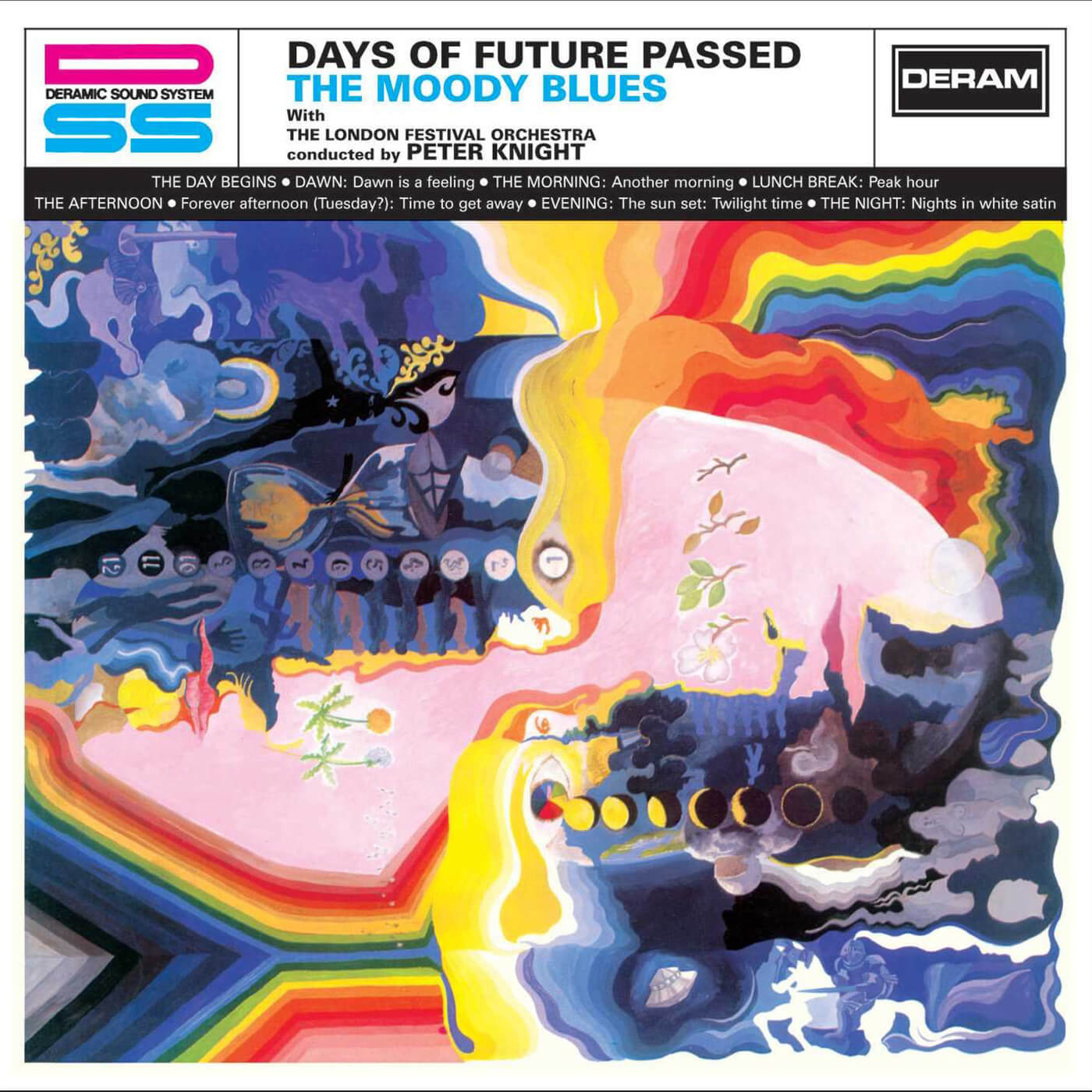 As one of the earliest examples of progressive rock, 1967’s Days of Future Passed included orchestral interludes from the London Festival Orchestra. As a key songwriter on the album, newcomer vocalist and guitarist Justin Hayward didn’t know the band’s direction.

Although enjoying mild success upon it release, it wouldn’t be until 1972 that the album would be discovered by fans in the US, who lapped up its mixture of orchestral and rock moments, making it a top 10 hit over the pond, and seeing The Moody Blues heralded as one of the progenitors of prog.

Nights in White Satin is the album’s signature track, and is the only time on the album that the band and orchestra play together. Combined with Mike Pinder’s creative use of Mellotron, the track has become a truly iconic and hallmark track in the development of progressive rock. 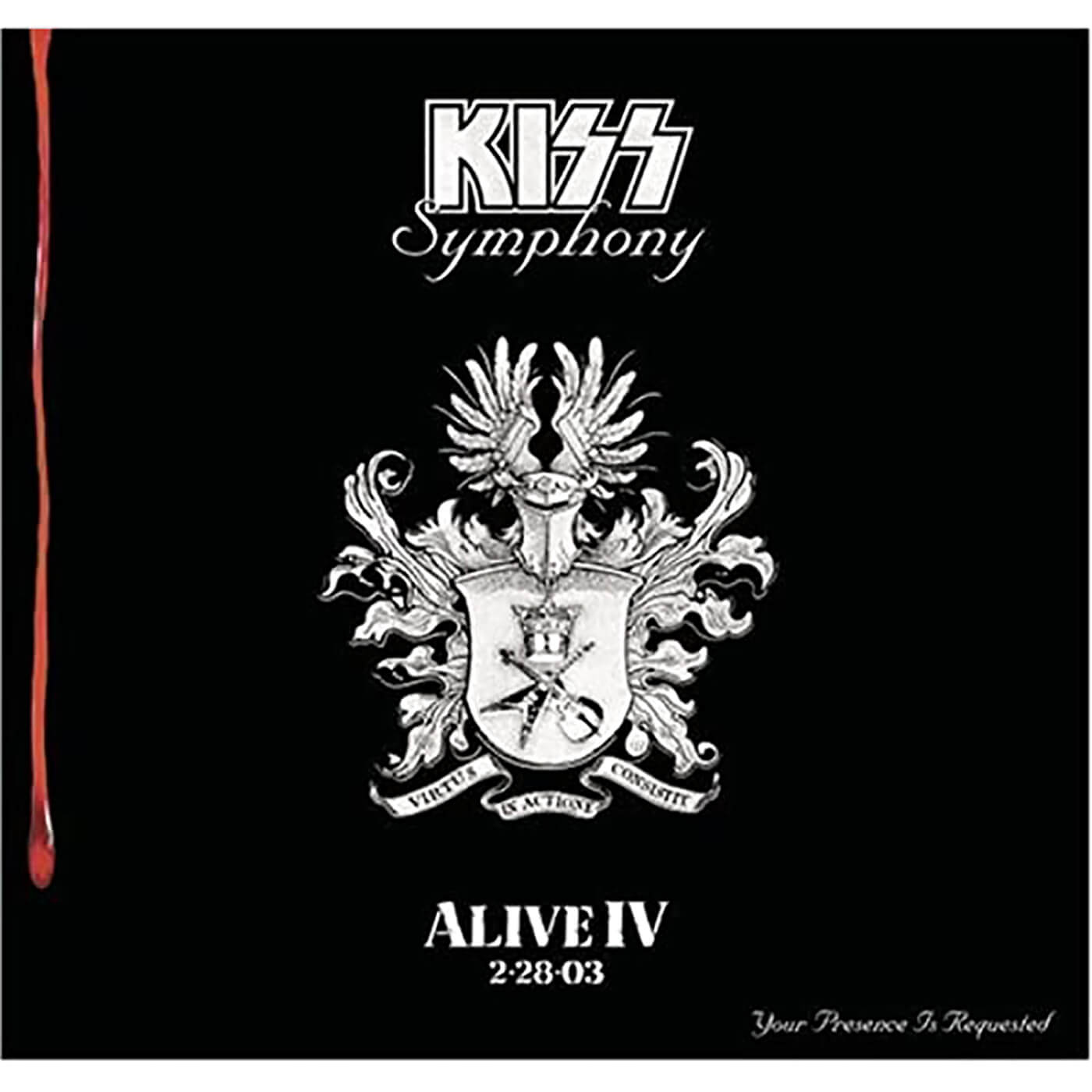 There might not be many easy comparisons to be made between Mozart, Beethoven and Gene Simmons, but that was almost the whole point of Alive IV. Indeed, when KISS played alongside the Melbourne Symphony Orchestra in 2003, the plan was to destroy the existing preconceptions of how rock bands and orchestras could work together.

“The whole idea when doing this was not to wimp out KISS, but it was to take us to a more bombastic level,” Paul Stanley told Australian TV at the time – forget about leaving space, KISS were going to see if they could turn up an orchestra to 11.

For starters, when conductor David Campbell appeared with the orchestra, each member wore the trademark KISS makeup, and by act three, the orchestral arrangements were more lethal than anyone expected.

It was also a strange night for Tommy Thayer who had recently stepped into the shoes of Ace Frehley as KISS’s guitarist – Alive IV would be his first live show with the band, and it was a baptism like no other. With a set comprising uniquely venomous takes on God of Thunder and Rock and Roll All Nite, nobody would ever underestimate the lengths KISS would go to in order to prove a point again.