11 essential stoner rock and metal tracks to hear in 2021 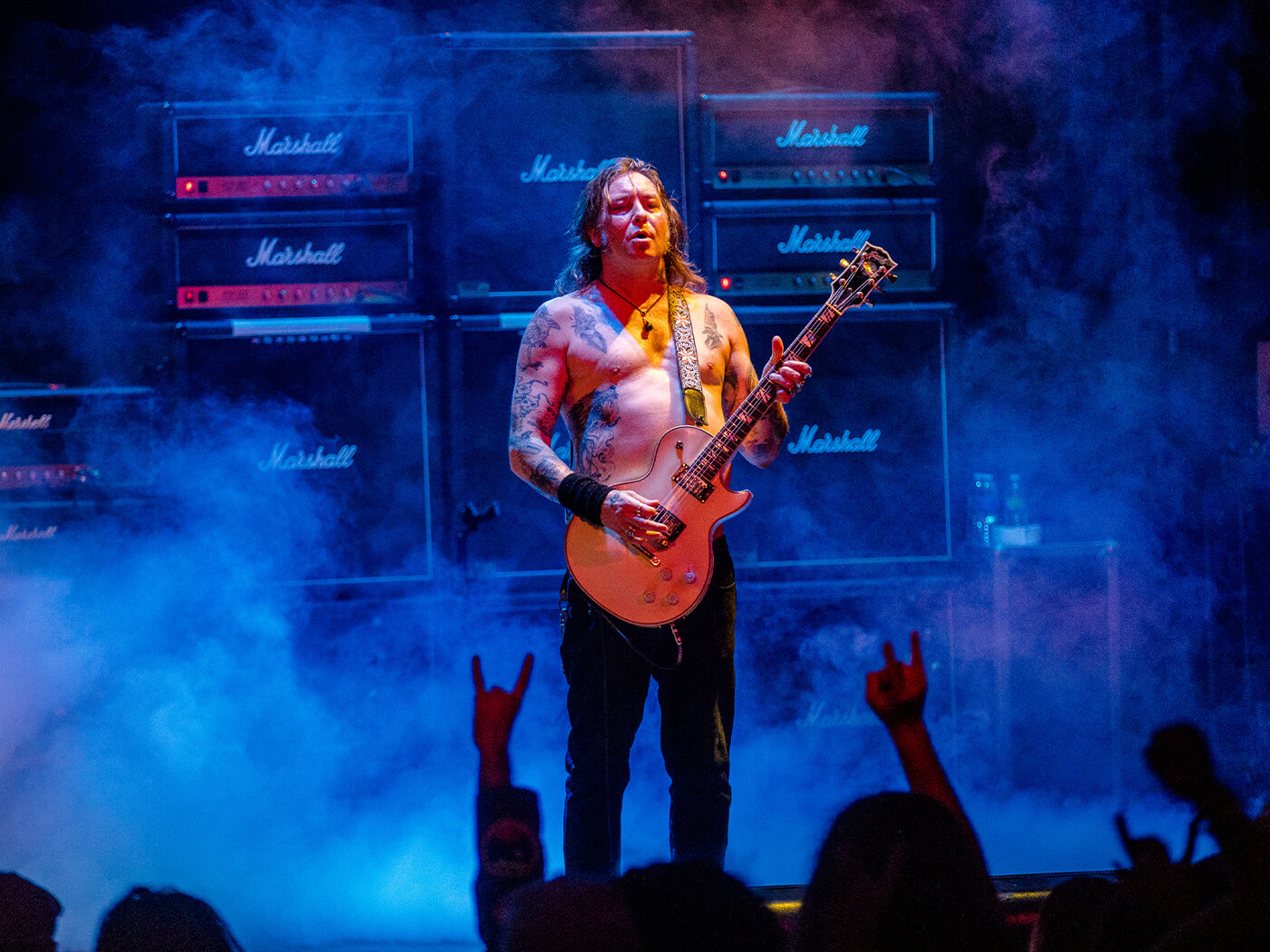 The amorphous genre that is stoner doom/metal/rock is, to be blunt, hard to get into if you haven’t already been indoctrinated into the cult of downtuned guitars and excessive amounts of fuzz.

So we’ve hashed out a list of essential picks, from chilled-out desert rock to pummelling stoner doom, to ease you into genre. Grab a bean bag and sink in.

Ah, the 90s. When jeans were baggy, guitars were loud and Billy Corgan still had a full head of hair. This track from that heady era is now considered a stoner rock staple – if not for the grooviest riff on that side of the Palm Desert Scene, then for laying the groundwork for Josh Hommes’ style in Queens Of The Stone Age.

Windhand’s 2018 record Eternal Return saw them refine their vintage approach to stoner doom, adding even more cavernous reverb on Dorthia Cottrell’s passionate vocals and leaning further into a diverse soundscape – the record owes as much to the melancholy beauty of shoegaze as it does the smoked-out oppression of Black Sabbath-worshipping riffs. Grey Garden is arguably the best example of this, with an ethereal interlude that explodes into a psychedelic solo.

In eight short minutes (eight minutes is short for this list, yes), Witch’s Seer hits all of the stoner rock essentials: the fuzz tone is so velcro-esque you could stick a pig to the ceiling with it. The drum grooves will force even the stubbornest heads to nod. The effects-laden vocals sound as if they’re coming through a broken TV tuned to the 70s psych-rock dimension. Seer is a slice of classic rock clarity, with just enough fuzzy haze laid on top to elevate things into stoner bliss.

Uncle Acid And The Deadbeats’ approach to fuzzed-out riffs forgoes pure heaviness in favour of groove, melodic vocal lines and twin-guitar harmonies – think Iron Maiden being played at half speed. There’s still scope for thick, heavy slowness, as the end of Mt Abraxas proves, with half the track’s runtime dedicated to jamming on a descending, droning blues-scale riff. The band’s signature harmony-laden approach adds some welcome spice to the tonal palette of this cyclical, hypnotic groove.

Speaking of spice: Sleep’s hour-long odyssey across an Arrakis-like desert planet is an incredibly rewarding listen, despite the glacial pace at which ideas develop. The glacial pace is, of course, the point. Like the weed caravan’s journey across endless dunes, the trip is long and repetitive – making the calm oasis at the end all the more worth it. Akin to drone metal artists like Earth and Sunn O))), this would be ambient music if it wasn’t being played at such deafening levels.

Bands in the stoner metal sphere are not shy about the monolithic influence Black Sabbath had on the genre. Clocking in at over 12 minutes (twice the length of the original), Monolord’s reimagining of Fairies Wear Boots ups the fuzz content to absurd levels and drops the tempo to a crawl. The spiralling riffs become all the more psychedelic and all-encompassing, and the final descending dirge evokes a musical journey akin to floating down a Birmingham canal as you awake from a four-day trip.

Cough – Haunter Of The Dark

Aside from Satan, bongs, and Satan smoking a bong, stoner doom’s fourth-favourite topic is HP Lovecraft. It’s a no-brainer, really – if there’s a story stoner doom fans can relate to, it’s accidentally summoning an incomprehensible horror from beyond time and space with a mysterious trapezohedron. Or is that just the pizza guy at the door? Better go check. Cough’s ode to the short story of the same name delights in the circular nature of its riffs which, thanks to the healthy dose of growling fuzz, become a textural background for the wailing vocals.

If your stoner rock guide doesn’t have a band name with “bong” in it, it’s by default got to have a band name with “goat” in it. Slippin’ The Stealth is a groovy, (comparatively) fast-paced track that shows that stoner rock is not above a catchy chorus, mainly thanks to the impassioned vocals of Pete Stahl. On guitar duties here is Greg Anderson, playing more notes than you might have ever heard him play at an entire Sunn O))) gig.

Australian quartet Stonefield make music that bridges the gaps between ethereal psychedelica, laid-back grooves and hefty riffs. While many bands have aped the guitar tones of ‘60s and ‘70s fuzz, Stonefield apply the same approach to the retro, sparkling synthesizers that sit above the driving drums and powerful guitars for some of the most enjoyable stoner rock out there.

You’d be hard-pressed to find a more eclectically-influenced band in the stoner sphere, with healthy threads of Mississippi blues and folk running through All Them Witches’ music. Elk.Blood.Heart is a stoner take on a dive-bar blues ballad – with a refreshing amount of space left in the mix, the song has a lot of room to breathe and doesn’t feel like it’s just trying to pummel you to death with power chords.

Road To Burn exists firmly in the “desert” corner of the desert-stoner-doom-metal square. The track is a stoner metal road trip so scorching hot that you’ll want to lean over and turn the air conditioning on, or at least roll down the windows. For many now long-time fans of the band, this was the track they first heard – the opening number on the Greek quartet’s debut album, Super Van Vacation, and so it’s no surprise they’ve gone from strength to strength in the 10 years since.