The ‘quiet one’ did his talking with his guitar, and while the shadows of Lennon and McCartney loomed large, he more than demonstrated that he had a songwriting genius all of his own. 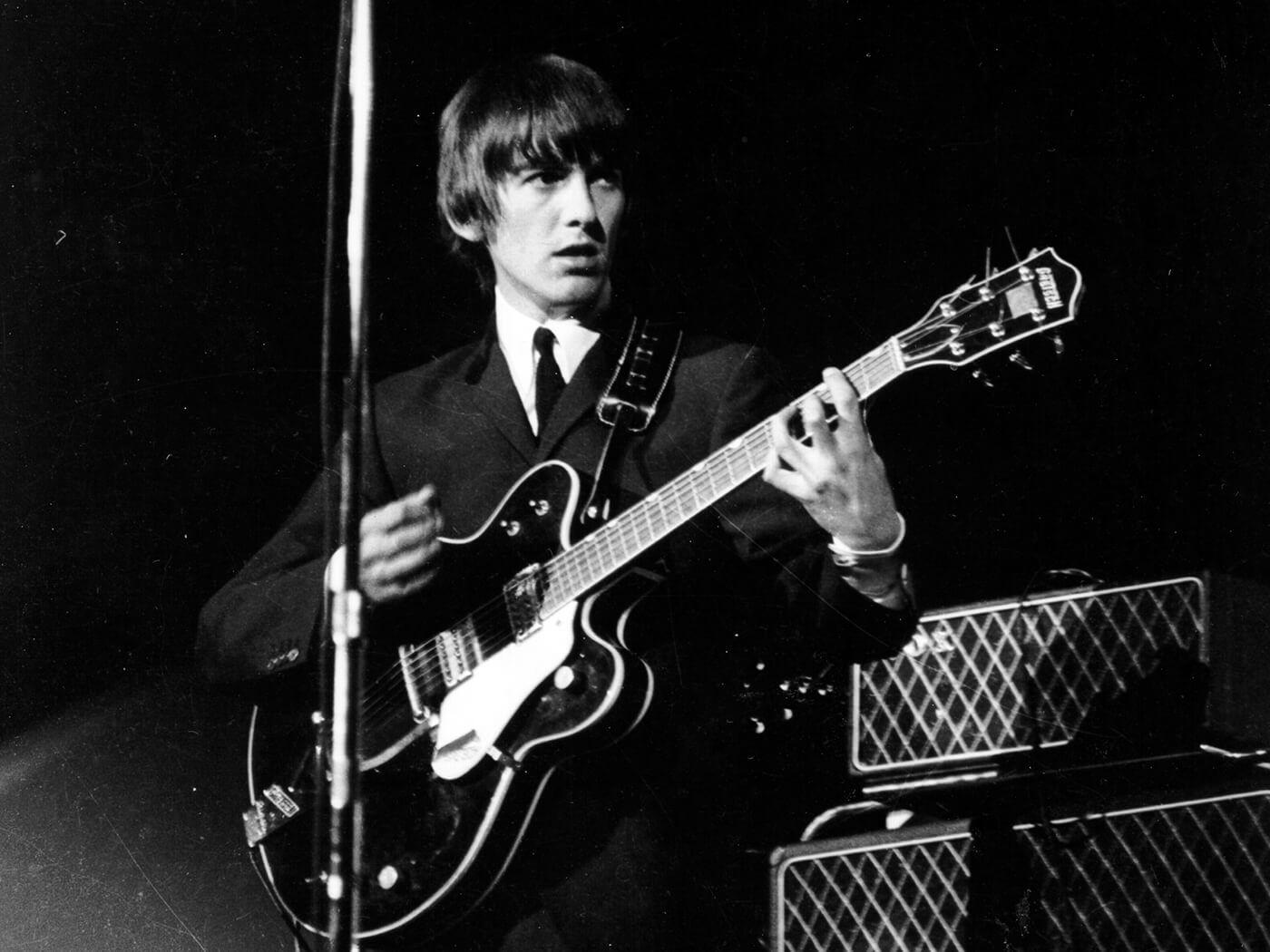 Initially George Harrison found it hard to make his songwriting voice heard, seldom contributing more than one or two songs to each album. But as The Beatles’ albums progressed it became clear that he also had a distinctive and original talent, coming up with classics such as Taxman, Something, Here Comes the Sun and While My Guitar Gently Weeps, to mention just a few.

As The Beatles’ ‘lead guitarist’ his guitar parts tend to focus on high-position chords or riffs supporting the harmony. Many of his own songs were inspired by the classical Indian tradition and tend to eschew chord changes, being based instead on drones. However, he knew how to put a good chord sequence together, and was adept at coming up with cool guitar riffs and parts which fitted the song. Enjoying experimenting with these chord sequences and we’ll be back next month with more Harrison-inspired harmony.

The first four chords here will give you a repeatable four bar sequence, and you could try staying on G for two bars second time around. Harrison might add interest to a sequence like this by adding and removing his fourth finger, creating a riff around the A and D strings on each chord. The last two chords can be used in a B section or chorus and suggest the high position chords that Harrison would often play to add accents to Lennon‘s rhythm guitar.

Here we have a set of chords which are a mixture between a chord sequence and a riff. The open A string in the bass is there to give it a tonal centre, but it’s entirely optional whether you play it or not. It would be played over just an A major chord in the rhythm part. This is the kind of thing Harrison would play in the gaps in the vocal line and is an excellent example of his ability to ‘play for the song’, avoiding any guitar heroics. Just for fun, try adding some deep, pulsing tremolo.

Harrison would often use a capo up around the seventh fret to add sparkle to chords and single note lines. Here, we have a sequence based around different versions of a D major shape (which will give you an A major chord when capoed up) and a few bars of a C shape, giving you a G major chord. Try arpeggios, or picking around the high notes of the chords while adding, in between, the notes on the D string or G string.

Harrison’s role in the Beatles was mainly to add colour and interest, coming up with guitar parts based on the upper notes of a chord or on connecting riffs. Here, however, we’ve included an example of strummed acoustic guitar, as a solemn bassline descends from A minor with a series of slash chords. See if you can find some chords to go with it, broadening it out into an eight-bar phrase. Ending on E, the dominant chord in A minor, would help make it a repeatable sequence.