In the second part of our Paul McCartney lesson we head into a world of moving basslines and slash, seventh and diminished chords as a songwriting genius broadens his horizons.

Born in the 1940s, the Beatles all grew up listening to jazz as it was the popular music of the day, and that counted double for Paul McCartney, as his father was leader of a jazz band. That being said then, it’s not surprising that jazz-associated sounds were were part of McCartney’s musical DNA, and infiltrated his songwriting more and more as he, and the Beatles, developed.

As a bass player, he was also aware of the possibilities of basslines which move by step while the underlying harmony remains static, and of slash chords, where the bass note is a note other than the root note of the chord. Enjoy playing around with these chords and we’ll see you next month for some more Beatles-inspired harmony.

Here we are inspired by a lively acoustic intro. Notice the high position of the first two chords, and the open D pedal note underneath them. Pick out the bass note before you strum the rest of the chord. Then strum back and forth between the G and C chords, keeping your pinky finger on the high G on the top string. A lesser songwriter would have been happy with this and continued in the same vein, but to catch the McCartney vibe make up a verse using A minor, E minor and D.

This colourful and unpredictable sequence of chords includes two positions of B♭ minor seven and a D diminished seventh chord. Fingerstyle would work well here, picking the bass note with your thumb and using your fingers to create an arpeggio. The sequence ends back on C after you play the last B♭m7. Without ever sounding like jazz, there’s no denying the jazz influence. Depending on how you play the last few chords you could make a six-, seven- or eight-bar phrase. Our inspiration was six bars long – see how it works out for you. 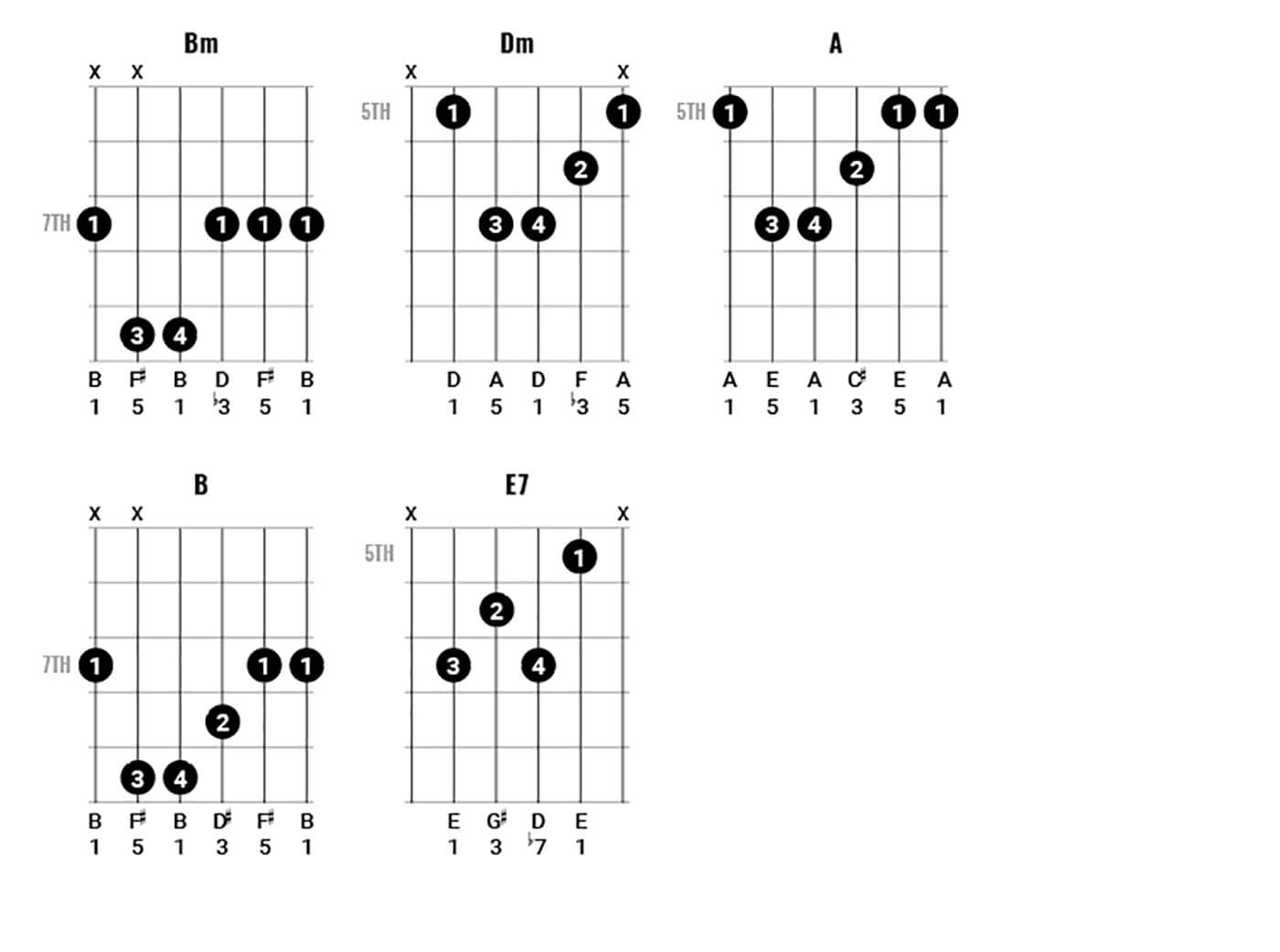 Here, we have four bars of strummed acoustic, built from the first three chords by playing either the D minor or the A major chord for two bars. Then we move on to the B chord and build to a characteristic Beatles climax on E7. It’s also distinctive because it has minor and major versions of chord II in A major (that’s B minor and B major). We were inspired by a middle eight, and as the music heads back to the verse, the next chord would be A. You could try experimenting with A, B and D for the next section. 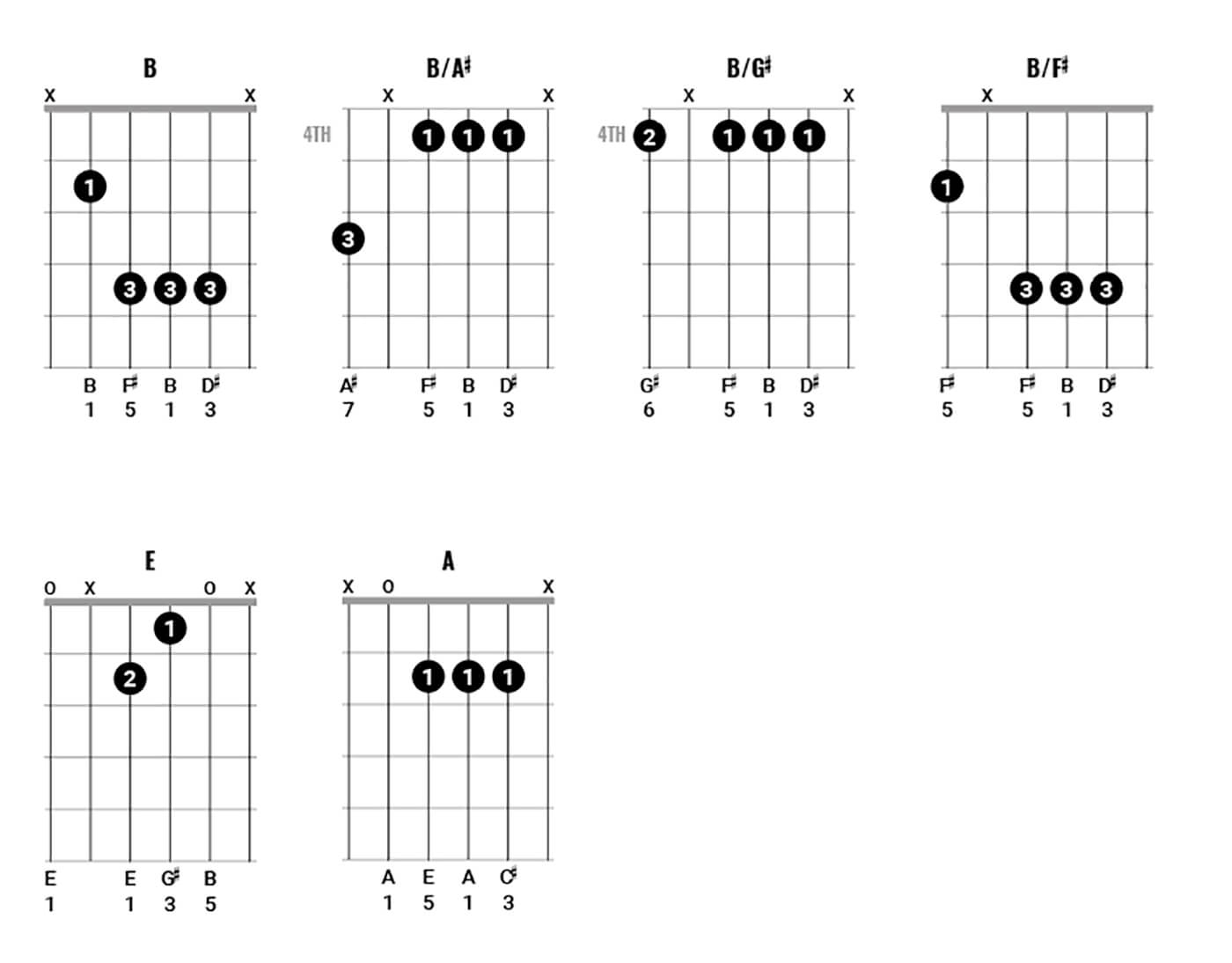 Beginning on a B major chord, we have a bassline which makes its way down the B major scale until we arrive on E and A major chords. End with a couple more bars back on B. McCartney was used to coming up with ideas like this on his main instrument, and it works well as a guitar part. Try it with a pick or fingerstyle and start each bar by picking the bass note separately. With a pick it might be better to finger the full E major chord instead of the four-note version given here. If you struggle making the barre with finger three, try fingers two, three and four instead.