Said to be as colourful as the consummate bassist himself. 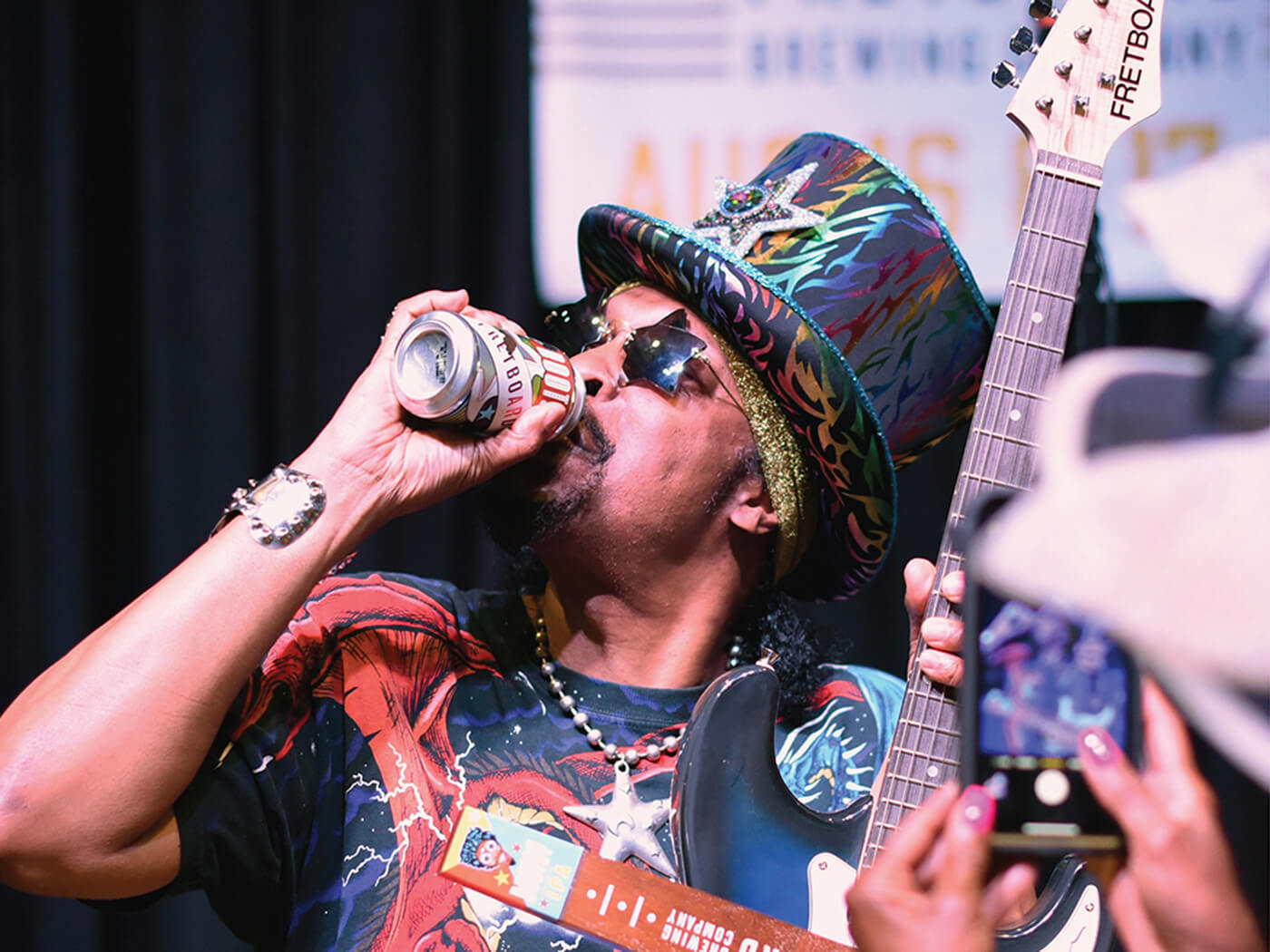 Bootsy Collins has launched an IPA in collaboration with Cincinnati’s Fretboard Brewing Company. Dubbed the Bootsy ‘Brewski’ IPA, the beer will debut on August 16 as part of the brewery’s inaugural Over The Top Festival.

The beer, which is said to be as “bright and colourful” as the idiosyncratic bassist himself, is the brainchild of the brewery’s owner, Joe Sierra. He approached Patti Collins and Bootsy’s daughter Nicole at the Bootsy Collins Foundation in the hopes of creating a product “that not only felt fresh, exciting and indicative of Bootsy’s brand but also helped raise awareness and funds for his community-driven foundation”.

A portion of the sales proceeds from all the Bootsy beer will go to the Bootsy Collins Foundation which aims to “inspire, educate, and enrich the lives of individuals from all backgrounds”.

The beer itself is a citrus-forward IPA that hits as hard as a Bootsy bassline, thanks to its 7% alcohol percentage. And it was named “Brewski” thanks to an incident where a fan mispronounced Bootsy’s name. The nickname, according to the brewery, has stuck and always “brings a smile” to the funk bassist’s face.