Keeley’s new Fuzz Bender – which is a germanium-and-silicon hybrid – aims to sit neatly between both ends of the spectrum. 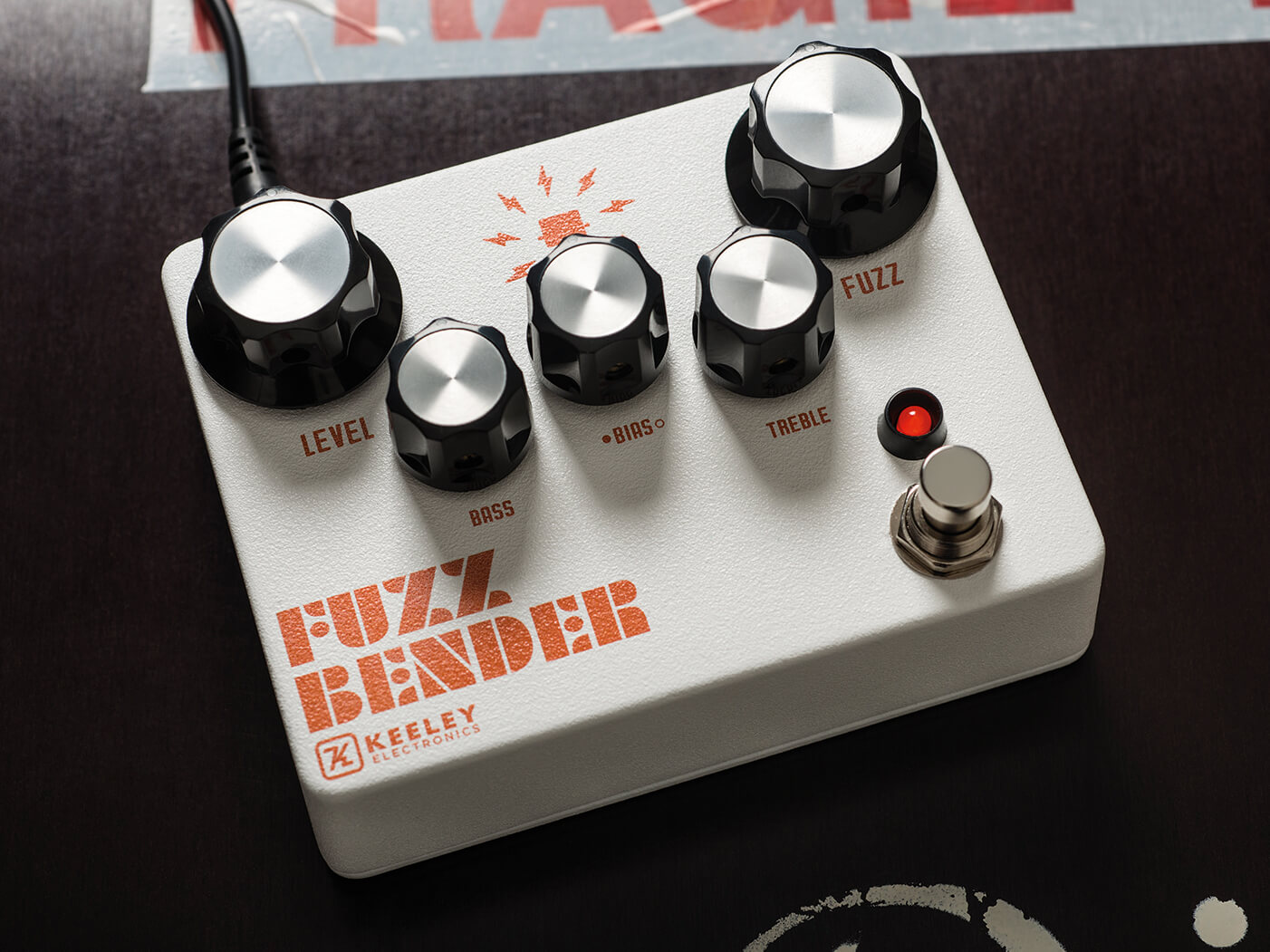 Over the last decade or so, the fuzz pedal has undergone a resurgence in the guitar world, thanks in part to the angular, memorable and often monolithic riffs of stars such as Jack White, Dan Auerbach and St. Vincent.

This upturn in interest has reignited the fuzz-pedal market, with offerings ranging from zippy, velcro-like lo-fi scuzz to boutique stompboxes with wristwatch precision and fully featured fuzz machines pushing the possibilities of the effect.

Keeley’s new Fuzz Bender – which is a germanium-and-silicon hybrid – aims to sit neatly between both ends of the spectrum, offering boutique build quality alongside a vast range of fuzz voices, from vintage-style sounds to spitty, voltage-starved tones and sharp sawtooth disarray. Read our review of the Fuzz Bender here.

Described as a ‘five-knob, three-transistor modern fuzz for the masses’, the Fuzz Bender sports a three-band EQ with an additional bias control. The powerful active EQ circuit showcases just how versatile fuzz pedals can be: full of highly usable, no-compromise tones which retain the character of the pedal throughout.

To enter, answer the question below: