The Made 2 Measure programme takes the Custom Shop experience to another level – and we’re giving you the chance to win the Les Paul of your dreams. 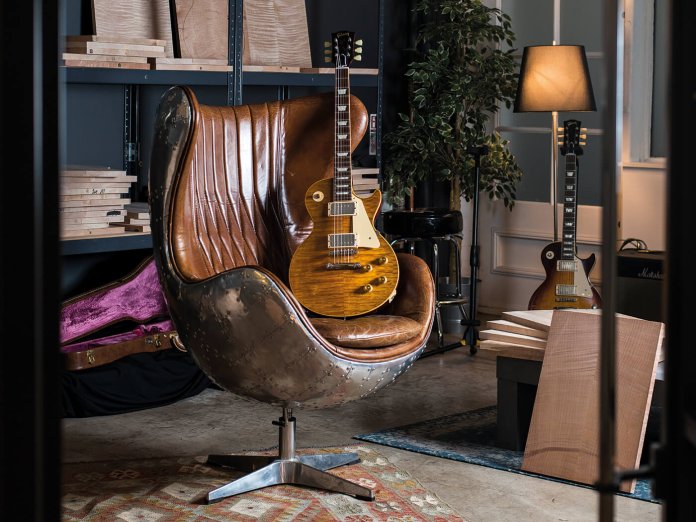 Between the high ceilings and polished concrete floors of Gibson’s loft-style London Showroom hangs a glittering array of desirable guitars. The exclusive space
is located just off Oxford Street and is an invite-only musicians’ hangout fully equipped for intimate live performances, fashion events, album launches and plenty more besides.

Inside, you’ll find dozens of stunning instruments from the Nashville company’s impressive 2019 range, alongside other Gibson Brands products and guitars that have spent time on the road with megastars such as Prince, Slash and Paul McCartney. 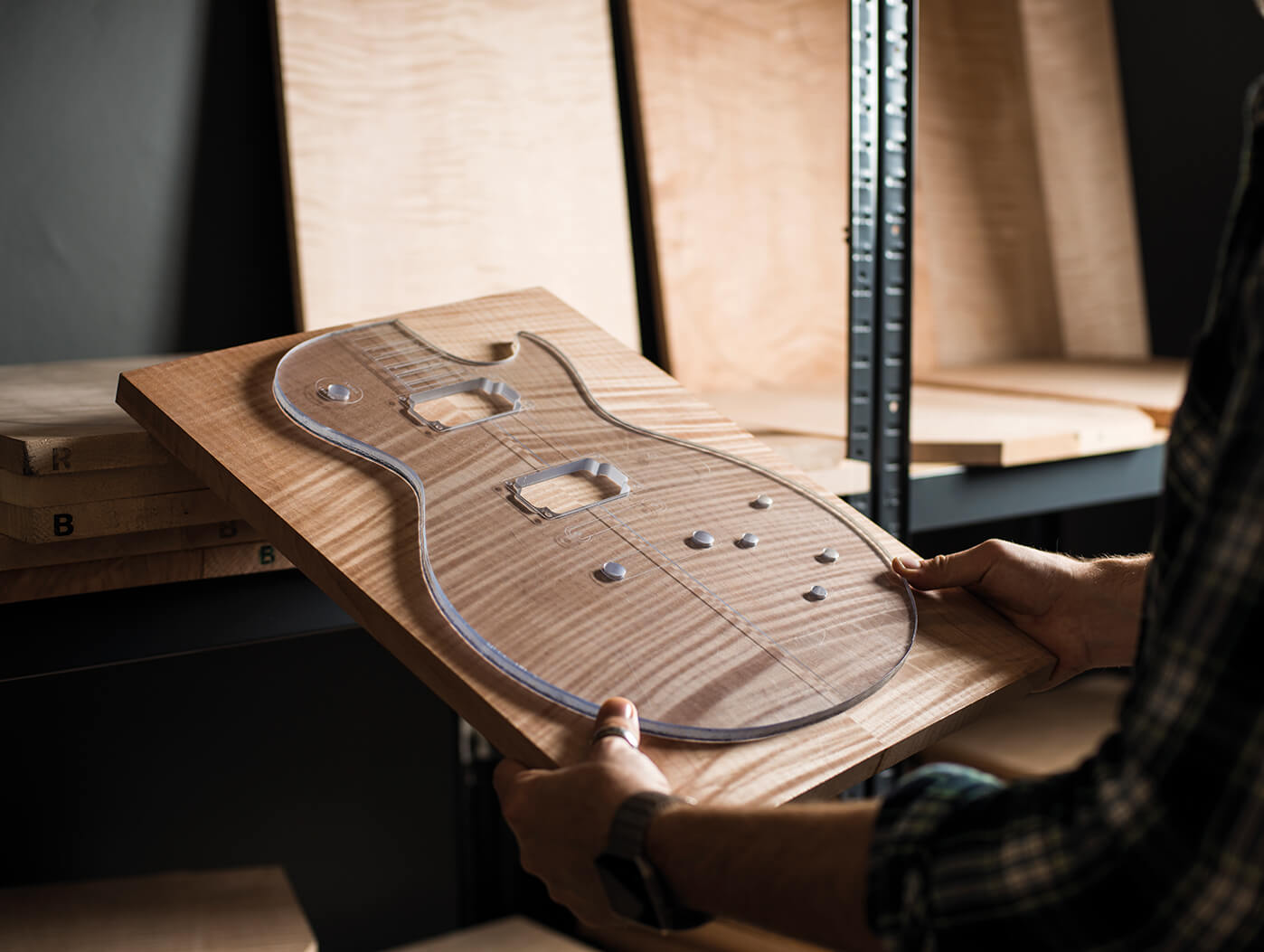 The newest addition to the showroom is the Made 2 Measure lounge, where you can make your dream Les Paul a reality. Although you’ll first need to arrange an appointment through a participating dealer, rather than simply spec’ing out a custom instrument, the M2M lounge keeps dozens of high-grade centre-joined maple top blanks in stock so you can hand-pick the actual top that will end up on your guitar.

Once you’ve picked a top and decided on a basic chassis based on a model year – ’58, ’59, ’60, for example – the lounge is equipped with colour swatches, neck, hardware, pickup and plastics samples, so you can tailor every aspect of the instrument to suit your needs. You can even choose a specific finish based on a vintage Les Paul Standard from the Beauty Of The Burst book. The top then gets sent off to the Gibson Custom Shop in Nashville along with your spec sheet and a few months later, your dream guitar will be delivered.

Made 2 Measure isn’t an option for every budget, but thanks to our friends at Gibson, we’re giving you the opportunity to help spec out an M2M Les Paul and be in with a chance of winning the finished guitar.

With an almost infinite number of permutations available, to help narrow things down, Guitar.com’s Chief Editor Chris Vinnicombe recently visited Gibson’s Made 2 Measure lounge and hand-selected a trio of killer tops, which you can see below. 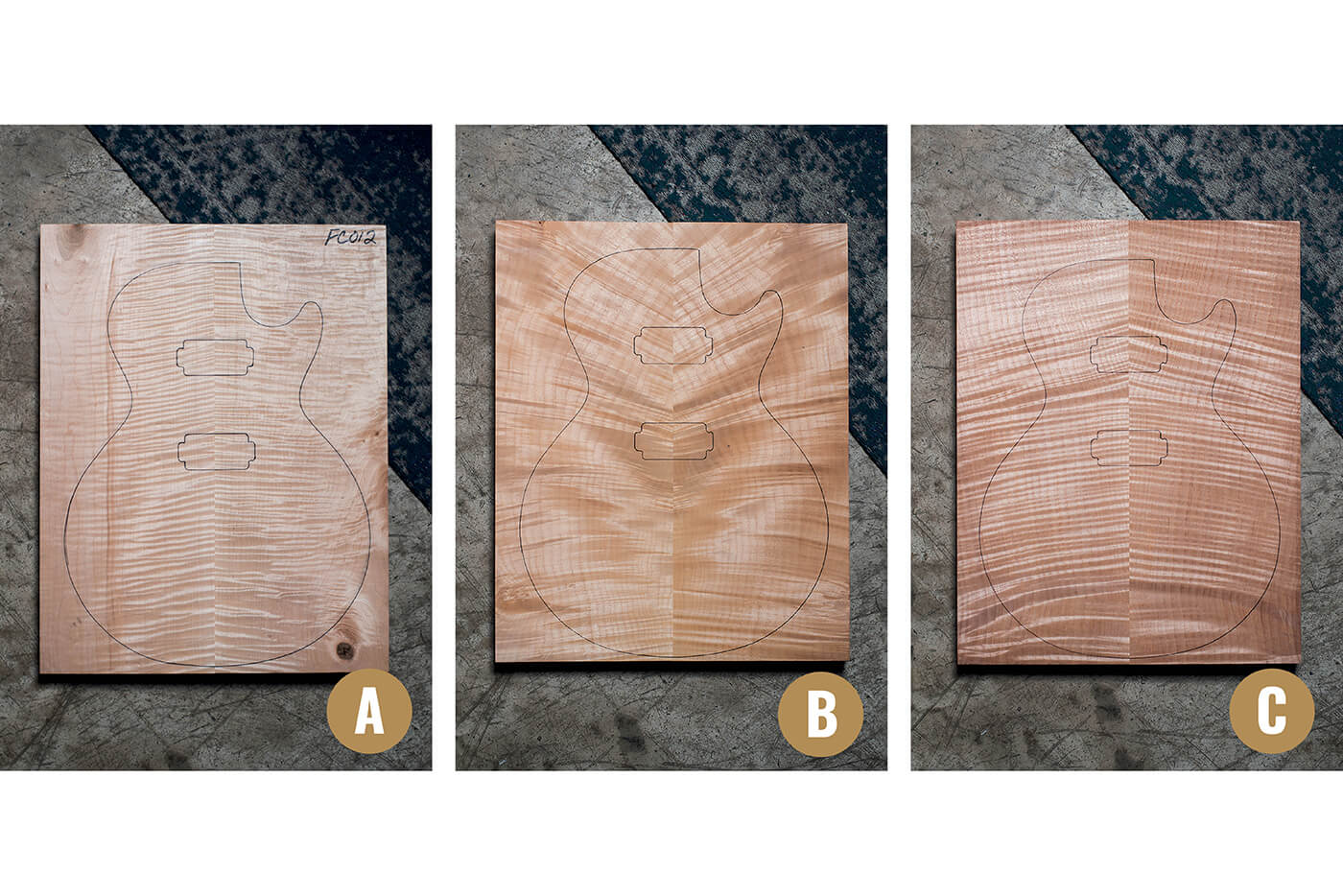 Additionally, pick between a ’58, ’59 or ’60 Les Paul Standard base model (including neck shape). We’ve opted for a VOS finish and the same alnico III unpotted Custombuckers that were so impressive in the 60th Anniversary R9 which won Best Premium Electric Guitar in our 2019 Gear Of The Year awards – but you’ll also be able to vote for whether you want the pickups covered or uncovered.

Everyone who casts a vote will be entered into a competition to win the finished guitar which, in the true spirit of democracy, will be spec’d out based on the results of the poll. We’ll also keep you updated with work-in-progress shots of the build on our social channels. The people’s Les Paul? You bet. But there can be only one lucky winner.