The Pink Floyd man's famous workhorse sells for $3.9 million, becoming the most expensive guitar ever sold at auction. 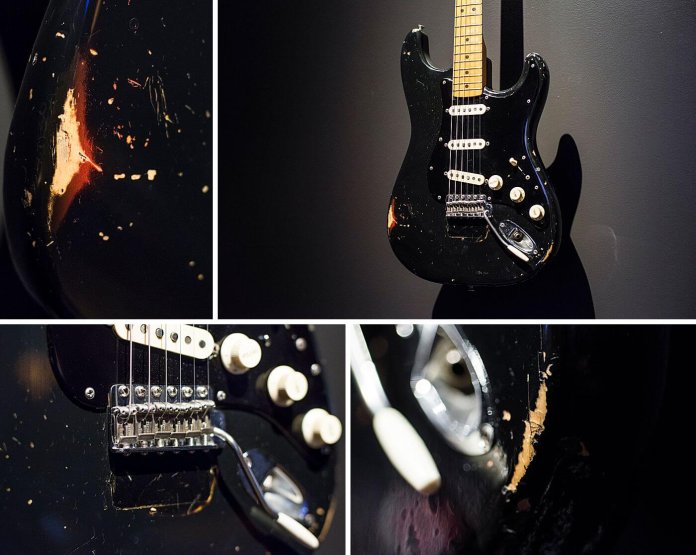 The crown jewel of David Gilmour’s prestigious guitar collection – his 1969 black Fender Stratocaster, affectionately known as ‘The Black Strat’ – has become the most expensive guitar ever sold at auction, going for a jaw-dropping final sale price of $3,975,000.

The iconic Stratocaster, which was only expected to fetch between $100,000-$150,000 at today’s David Gilmour Guitar Collection auction, far outstripped all estimates for the sale at Christies in New York. It surpasses the previous record holder for an auction guitar, Fender’s ‘Reach Out To Asia’ Stratocaster, which sold for $2,700,000 back in 2004 as part of an auction raising funds to provide relief for the Indian Ocean tsunami.

Arguably the guitar most closely associated with the Pink Floyd man, the Black Strat was used on the Comfortably Numb solo, Money and Shine On You Crazy Diamond, among countless other songs. Gilmour purchased the Strat in 1970 in New York City, and it quickly became his go-to six-string – both in the studio and on the stage. Even in Gilmour’s solo career, the guitar would accompany him through his acclaimed albums David Gilmour, About Face, On An Island and Rattle That Lock.

The famed instrument has been heavily modded over the years, going through several changes to its neck, electronics and cosmetics. It even once sported an XLR jack, although that has since been removed.

See the full results from the auction here.