A dual-channel drive box tuned to the blues maestro’s specifications. 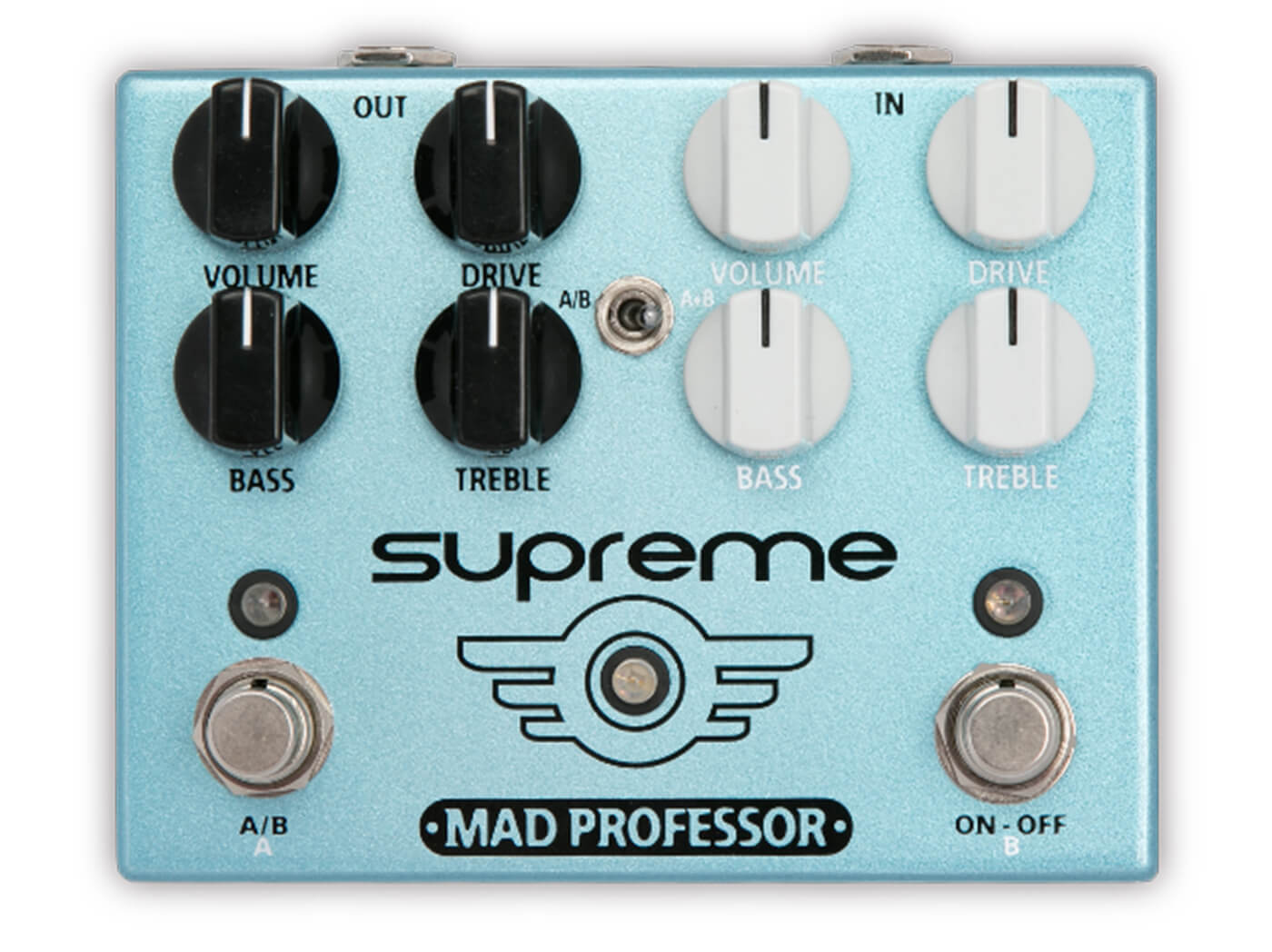 At the heart of the pedal lies two OD channels, A and B, tailored to neck and bridge pickups respectively. The A side, which takes its cues from Mad Professor’s Royal Blue Overdrive unit, is equally capable as a boost or low gain drive. The B channel is an all-new formulation that’s voiced for beefy, dynamic tones and features a power amp-like response, which provides plenty of headroom.

The two channels can be toggled via an A/B footswitch and sculpted via independent three-band EQs. Another interesting feature on the OD pedal is its independent mode, accessible through a toggle switch. This mode lets you stack the two drives, unlocking a new box of drive tones along with “more gain and compression”, according to the brand.

Check out a demo of Supreme below:

Available from late June at €279. More info at mpamp.com.