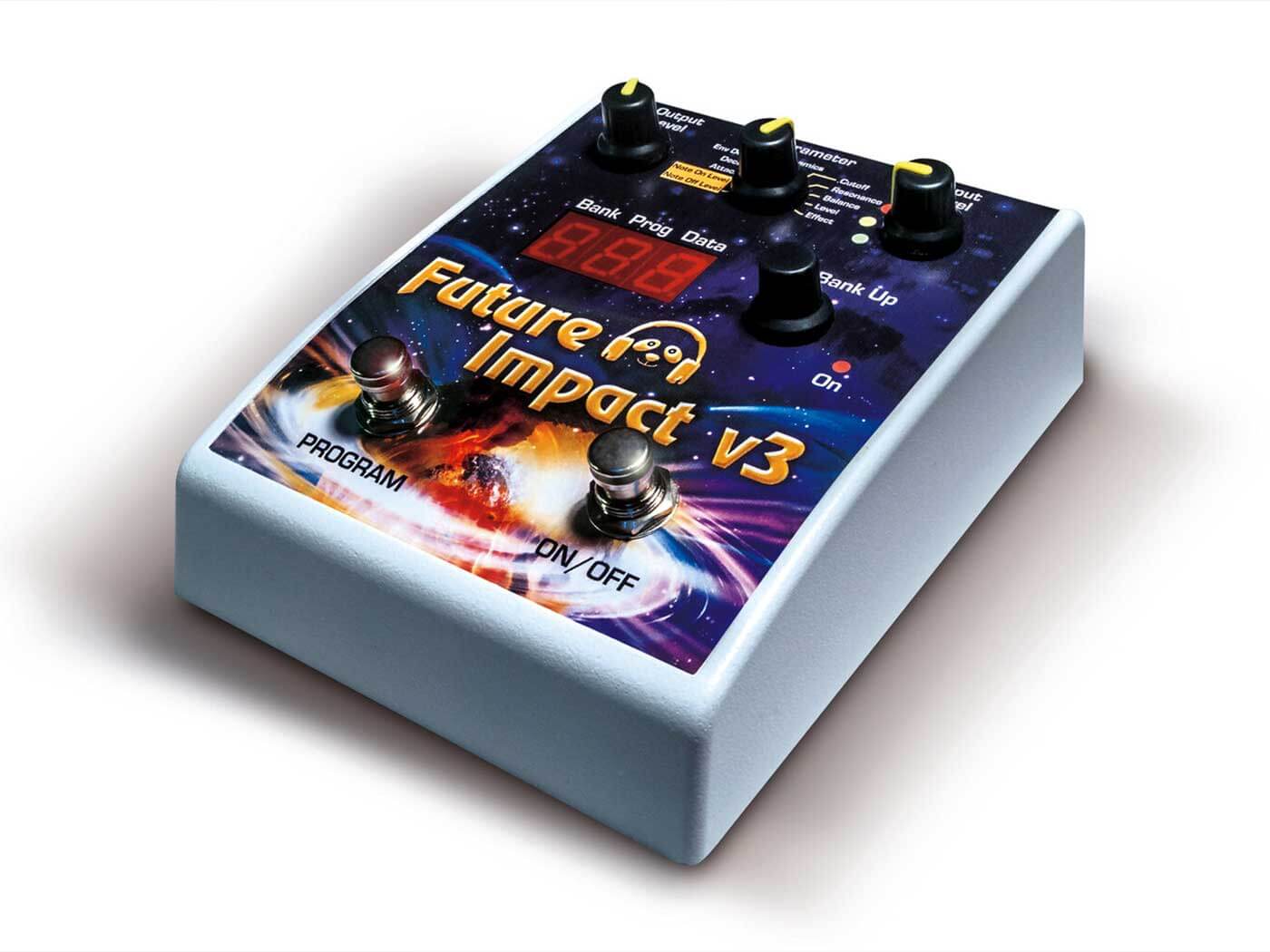 pandaMidi has unveiled the Future Impact V3, a bass guitar synthesiser pedal that packs a powerful processing punch for a range of responsive tones.

Tracking can make or break a synth pedal – the sounds could be world-class, but if they don’t match your playing it’ll be quickly frustrating. That shouldn’t be a concern here, as pandaMidi says that the Future Impact V3’s pitch tracking “performs lightning-fast even in the lowest octaves”.

The Future Impact V3 comes loaded with 99 factory sounds, from flutes to organs to more abstract electronic bass tones and synth leads. All are driven by the pedal’s virtual analogue sound engine, offering four oscillators with extensive waveshaping, as well as two filters. Deeper level sound editing can be performed with the supplied editing software for PC or Mac.

If the factory presets or your own patches aren’t doing it for you, you can download other users’ patches with pandaMidi own online patch sharing service.

The pedal doesn’t just offer synth tones, as it can also function as a multi-effects unit. Octaver, chorus, flanger, phaser, distortion, envelope filter, traditional wah-wah, tremolo and reverb effects are on-board, as well as a tuner – meaning the Future Impact V3 could replace your whole pedalboard.

To see some of what the Future Impact V3 has in store, check out the demo below.

The Future Impact V3 lists for €299 until 15 December, normally listing for €359. Find out more at pandamidi.com.