Vick Audio brings back the single-knob Lucky No. 13 fuzz pedal

Based on the Colorsound fuzz circuit introduced in the 60s 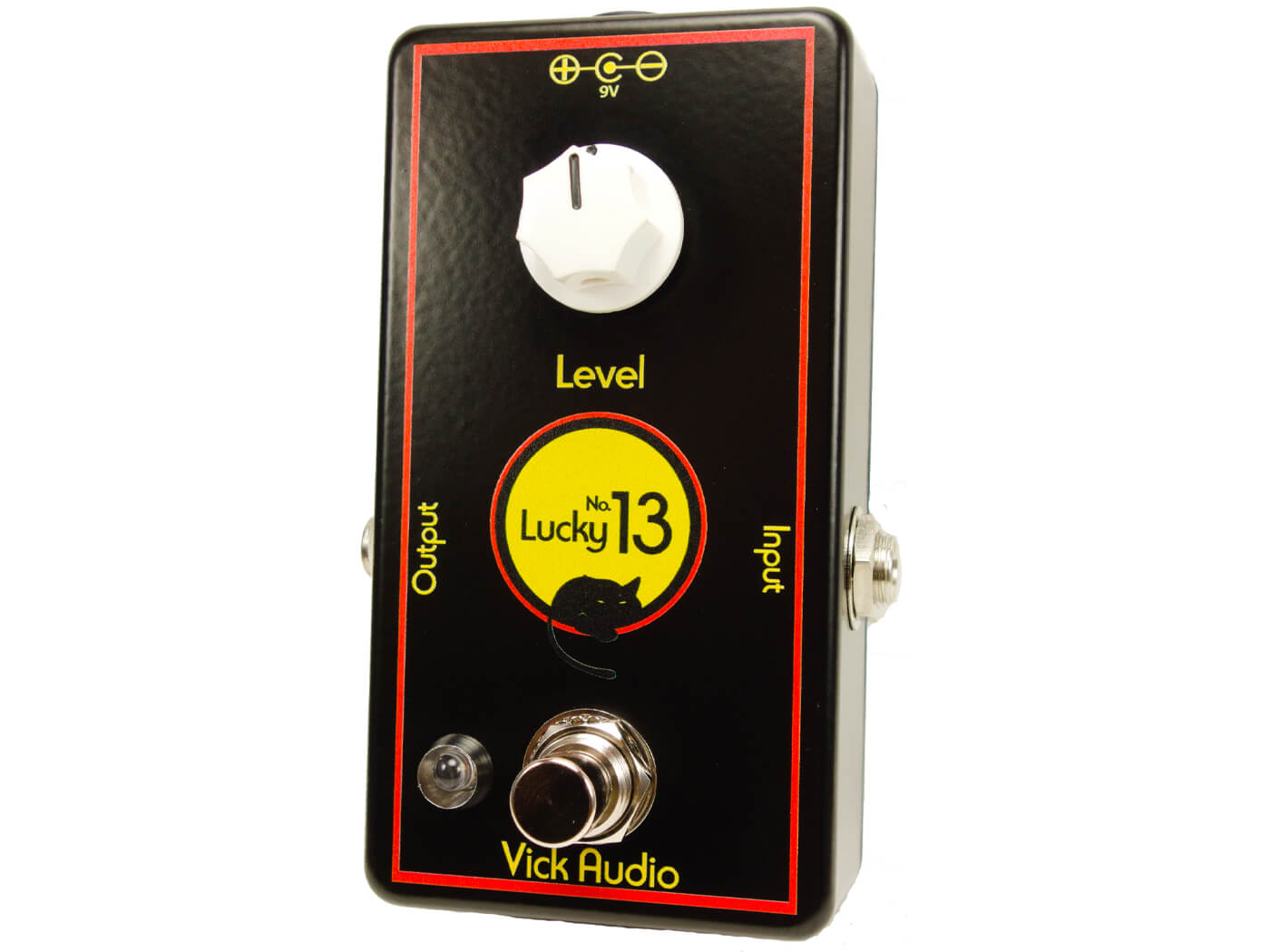 Vick Audio, best known for its reproductions of 60s and 70s guitar effects, has announced the reissue of the Lucky No. 13 fuzz pedal.

The Lucky No. 13 takes inspiration from the Colorsound Fuzz circuit first introduced in the 60s by Vox legend Dick Denney – but with more gain, a smoother tone and a more modern sounding voice.

The fuzz pedal’s operation is straightforward, with only a true bypass footswitch to engage the effect, and a single volume knob to set its overall level. The idea behind this is to allow players to perform most of their tone sculpting through the guitar’s volume control.

Vick Audio calls the pedal as a modern high gain silicon fuzz, and describes its sound as smooth with “thunderous lows and loads of singing sustain”.

The Lucky No. 13 Fuzz was builder Mike Vickery’s first official product released under Vick Audio, and was discontinued around 2014. In preparation for the reissue, Vickery shared a recently unearthed demo of the original pedal over Facebook.

“I had previously discontinued the Lucky No. 13 back in 2014,” he wrote. “I was going through some of my old stuff preparing for the relaunch and found this gem of a demo video.” Take a look at it below.

The craziest demo video anyone ever made me!

I had previously discontinued the Lucky No. 13 back in 2014. I was going through some of my old stuff prepareing for the relaunch and found this gem of a demo video.