A do-it-all fuzzbox with an independent octave function. 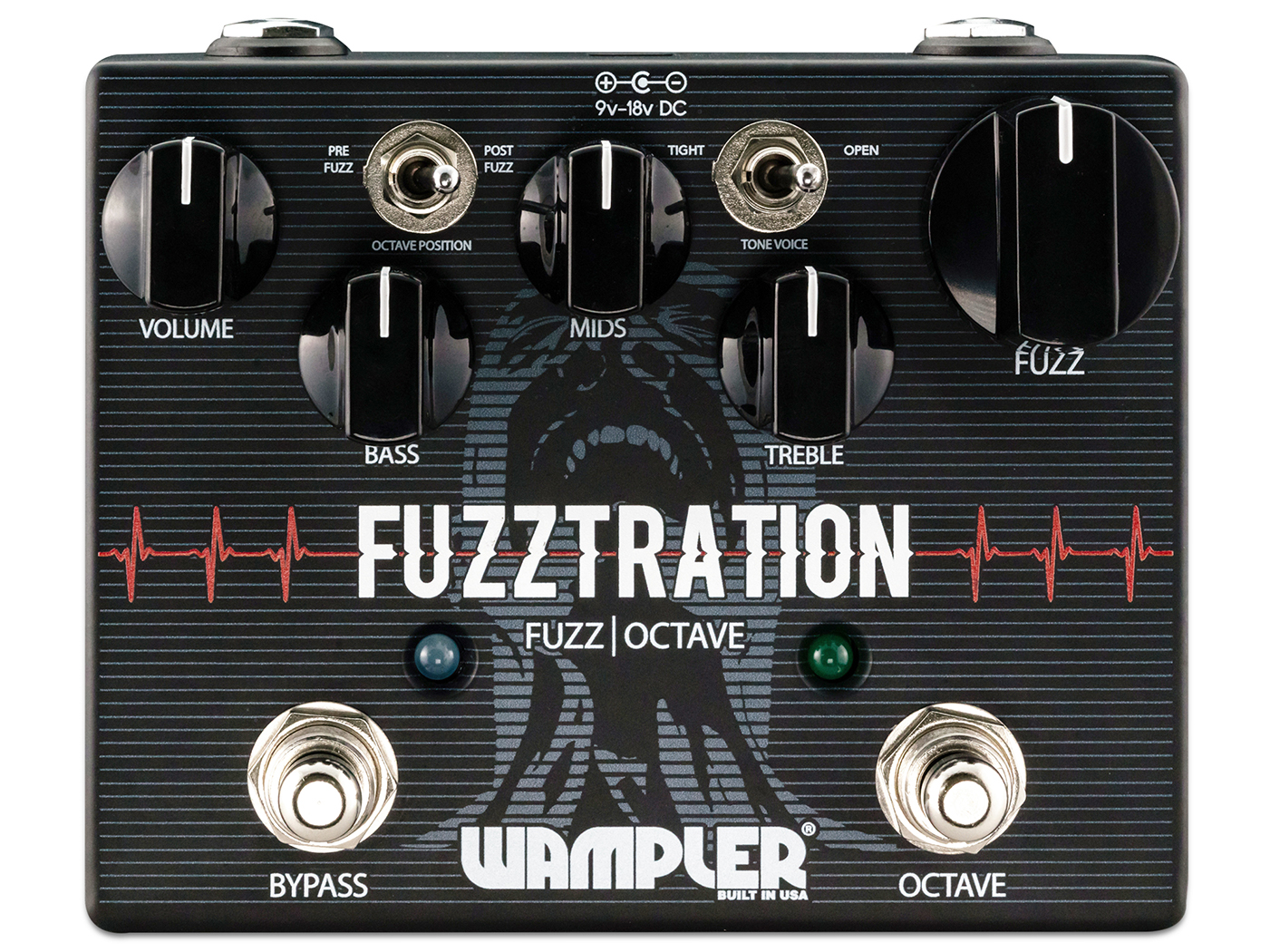 Wampler has launched the Fuzztration, a fuzz pedal loaded with a versatile range of tones and an independent octave effect.

The Fuzztration was built with raspy, doom ‘n’ gloom, fuzz in mind. “This isn’t your grandmother’s slice of pie,” says Wampler. But it still touts a wide range of tones, from classic Pink Floyd-esque sounds to heavy-hitting metal riffs.

Control-wise, the Fuzztration sports a “Volume” knob and a three-band EQ that offers full tone-sculpting capabilities. Its “Fuzz” takes the effect from thick, sputtering sounds to a full-on torrent of fuzz with massive sustain. To further shape the fuzz character, toggle the voicing switch for a classic “Tight” response or an “Open” (dark) response.

Wampler’s latest offering also boasts an independent octave effect that stacks perfectly with its fuzz effect as well as other pedals. By toggling the “Octave Position” switch, you can select between “Pre Fuzz” and “Post Fuzz” options. The former produces a classic octave tone, while the latter unleashes a much trippier, harmonic assault.

Available from 19 November at $199.97. More information at wamplerpedals.com.