Revival Electric founder Travis Harris accused Origin Effects of trying to “strip” his company of its name, in a trademark battle prompted by the latter’s RevivalDRIVE pedal. 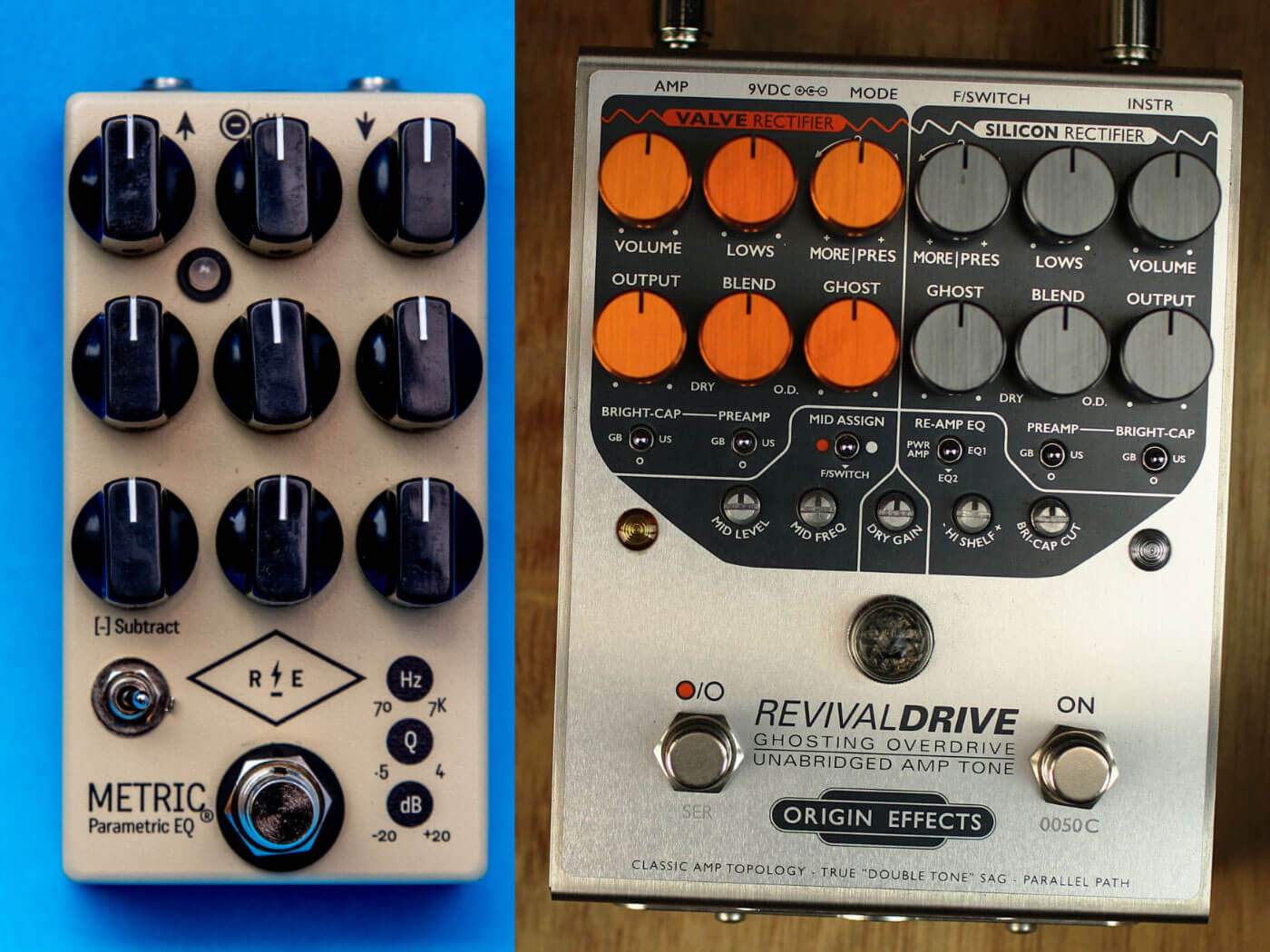 UPDATE (18 June 2021): Origin Effects has now responded publicly to what it alleges are “inaccurate reports.” Its full statement has been added to the below article.

Revival Electric founder Travis Harris has accused Origin Effects of attempting to “strip” his company of its name through legal action after a trademark for the latter’s RevivalDRIVE pedal was allegedly denied by the United States Patent And Trademark Office (USPTO).

The purported legal battle came to light when Revival Electric – based in San Francisco – issued a statement about Origin Effects, based in Oxfordshire, UK, on Instagram yesterday (16 June).

“About 18 months ago, Origin Effects blindsided me with legal action after they found out their RevivalDRIVE pedal was denied for a trademark,” Harris wrote in the post.

“With a team of lawyers, they have filed false allegations to get the trademark office to strip me of this name [Revival Electric],” he further claimed. “Even doubling down during the peak of the pandemic with more malicious and aggressive claims.

“In my opinion this is all an attempt to help shield them from potential lawsuits since they are illegally using Revival, which infringes on my registered [trademark].”

“This week they are forcing me to give a 7-hour deposition (aka interrogation by their attorneys) in their latest attempt to drum up any evidence,” Harris alleged. “They are using the law to inflict as much undue burden as possible in order to exhaust me and escape any consequences for their illegal actions.”

A legal document, filed on 20 November 2019 and obtained by Guitar.com from the USPTO website/database, confirmed that Origin Effects did petition for Revival Electric’s mark to be cancelled.

According to the legal document, Origin initially attempted to register the “REVIVALDRIVE” mark on 10 July 2018, but this was “refused” by the USPTO “based on the alleged likelihood of confusion” with Revival Electric’s mark, which was filed and registered in 2010.

On 24 May 2019, Origin Effects “successfully argued in response that there was no likelihood of confusion between the marks” – but a further “non-final Office Action” issued on 28 June 2019 reinstated the refusal.

In November 2019, Origin Effects applied to have Revival Electric’s mark cancelled, claiming that Revival Electric had “abandoned” the mark which was “discontinued with intent not to resume use”.

To support these allegations, Origin Effects said it had conducted investigations in October 2019 that allegedly “confirmed that no ‘electronic effects pedals’ or ‘guitar amplifiers’ were available for sale” on the Revival Electric’s website and that the brand’s sales between 2009 and 2020 – two months after Origin Effects filed its petition to cancel Revival Electric’s mark – were “sporadic and very limited”.

Harris has denied these claims. Guitar.com has reached out to Revival Electric for comment.

“As the founder of Origin Effects, I have been saddened by the recent events that have led to inaccurate reports on social media about our trademark dispute.

“This situation is not as portrayed, a case of ‘big fish, little fish’. Origin Effects is a small, relatively new company of guitar enthusiasts. We employ 11 people in a small market town in the English midlands. We are not a huge corporation with a team of lawyers.

“Trademarks are part and parcel of running and protecting a growing business. This brings a level of complexity that inevitably creates friction from time to time. In our industry, by and large, people are pragmatic, and conflict can be avoided. One such situation has been framed by Revival Electric to portray us in a poor light. I want to assure you that, as always, there are two sides to every story.

“When our trademark application in the USA was rejected, we followed standard protocol, with the aim of either rebranding or finding a co-existence agreement where both parties happily operate alongside each other. Our repeated efforts to make contact with Revival Electric yielded no response. Given that Revival Electric’s website appeared to be dormant, we felt it was reasonable to continue with efforts to register the name.

“Only by starting a formal process were we able to make contact with Revival Electric, at which point we attempted to negotiate a settlement, including an offer to rebrand our products. Unfortunately, things escalated beyond our control when Revival Electric demanded royalty fees on all sales of Revival products that we were unable to meet. We felt that Revival Electric were attempting to unscrupulously profit from their trademark. With the threat of legal action against us, we had no choice but to continue with the US trademark dispute system for a resolution. There is no lawsuit against Revival Electric.

“These facts have been omitted from Revival Electric’s portrayal of events.

“I want to say a huge thank you to all our fantastic customers and artists around the world; your continued support means a great deal during this difficult time.”

The RevivalDRIVE, released in 2018, was the first overdrive pedal produced by Origin Effects and is currently on sale and priced at £408. A compact version of the pedal was released in 2019 for £315.