Celebutante was inspired by a ‘fan’ who didn’t recognise Mustaine despite wearing a Megadeth shirt. 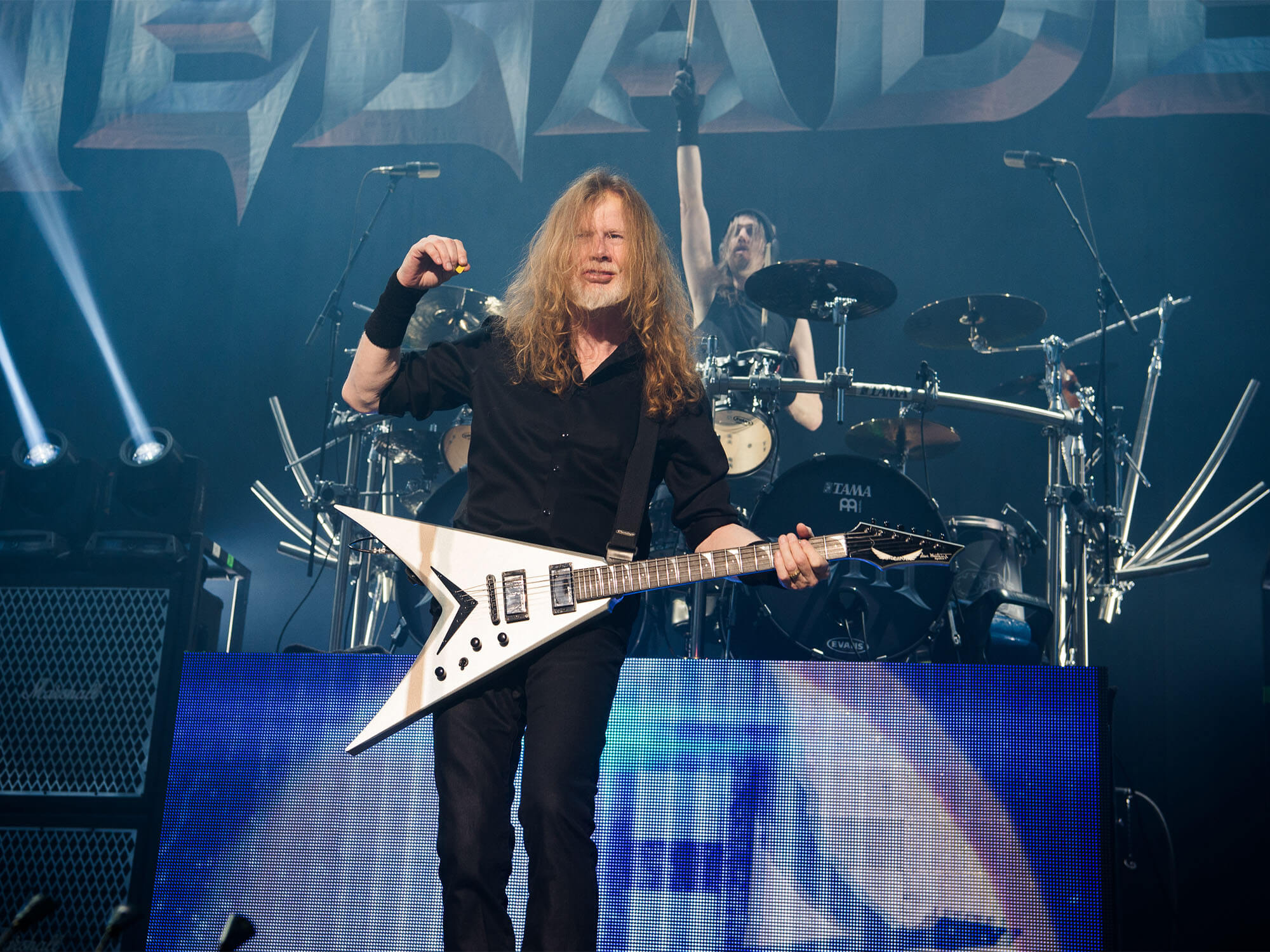 Megadeth’s Dave Mustaine has recently revealed that the band’s new album features a song about girls who wear band t-shirts but aren’t a fan of the band.

The new album, THE SICK, THE DYING… AND THE DEAD!, is due for release September 2 this year and their latest single, Night Stalkers dropped last month (July).

In an interview with Guitar World, the frontman spoke of a new track titled Celebutante which was written about an experience in which Mustaine claims he came across a girl in a Megadeth shirt, who ignored him because she wasn’t familiar with the band.

Speaking of the upcoming song he said, “That’s about some of the overindulged little brats that are blowing around. There’s a huge thing going on with Megadeth right now and a lot of the reality TV people.”

He continued, “I saw a girl who was very attractive and she was wearing this t-shirt material dress and it said Megadeth in big giant logos. I saw her and I went ‘Hey, Hey! That’s me! That’s my band!’ She kept walking and I backpedalled and said ‘No, no, stop! It’s me on your dress and I just want to get a picture.’ She ignored me.”

Mustaine then claimed that the photographer accompanying him at the time went after the girl where she told him she wasn’t familiar with the band and didn’t want a picture. He concluded, “So, I’m kind of making fun of her.”

Mustaine recently released a signature model with Gibson – the brand’s first 24-fret acoustic guitar. You can pre-order the new album now and get tickets to see them on tour here.