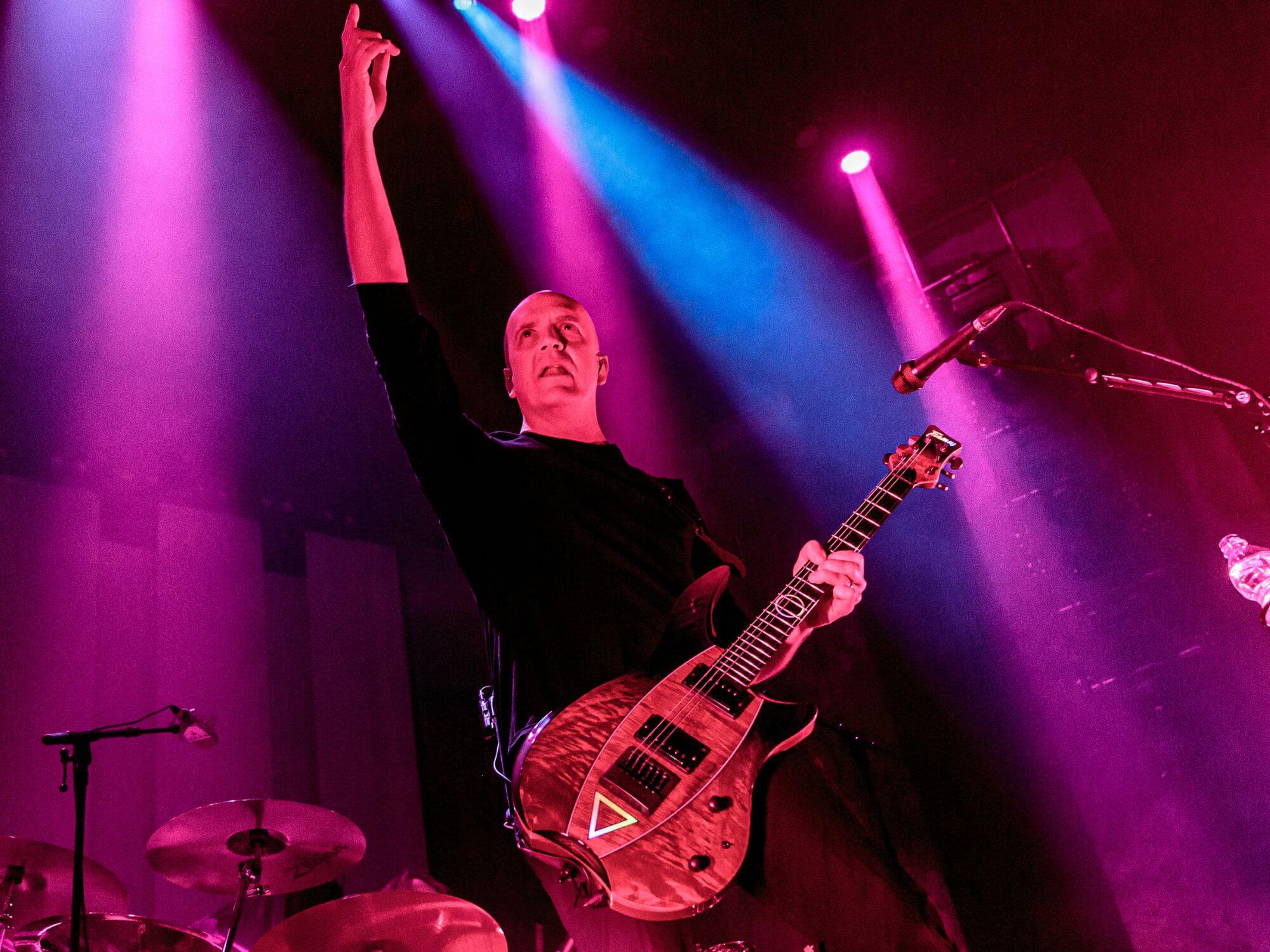 Devin Townsend has explained why he constructed his signature guitar with many of the same features as a Les Paul – adding that he doesn’t use the original design because it “looks shit” on him.

The prog virtuoso was discussing his love of the original Les Paul design when he provided some insight into why he is rarely seen sporting the model on stage.

“I still occasionally bring out my white Les Paul Custom,” he told Total Guitar. “But the problem with Les Pauls is they look shit on me!”

He continued, “On some people, they look fantastic… When you see Joe Perry or Slash holding a Les Paul you think, ‘Damn, that’s a match made in heaven!’ [But] I already look like a dork, so if you add a guitar that’s too small for my stature, it looks awful!”

According to Townsend, he overcame this obstacle by developing a signature guitar that employed many of the same vital elements as the original design.

Discussing his signature Stormbender guitar – which has been the musician’s primary choice in recent years – Townsend explained that many features included were inspired by a Les Paul, but using a design that was more flattering to him.

“[It] was about replicating that sound but with a shape closer to something I could get behind,” he explained.

“One major difference is the scale length. My Framus is 25” because I mainly play in open tuning with 10-52 gauge strings. The Gibson scale length would feel a little shaky tuned down like that. The pickups are my signature set that I designed with Larry Fishman some years ago, which have a bit more chewiness and less compression compared to the regular Fluence Moderns.”

Find the full interview with Devin Townsend in the latest issue of Total Guitar.