“There are still a lot of people in Vegas that are mad at us, so of course I moved there three weeks ago.” 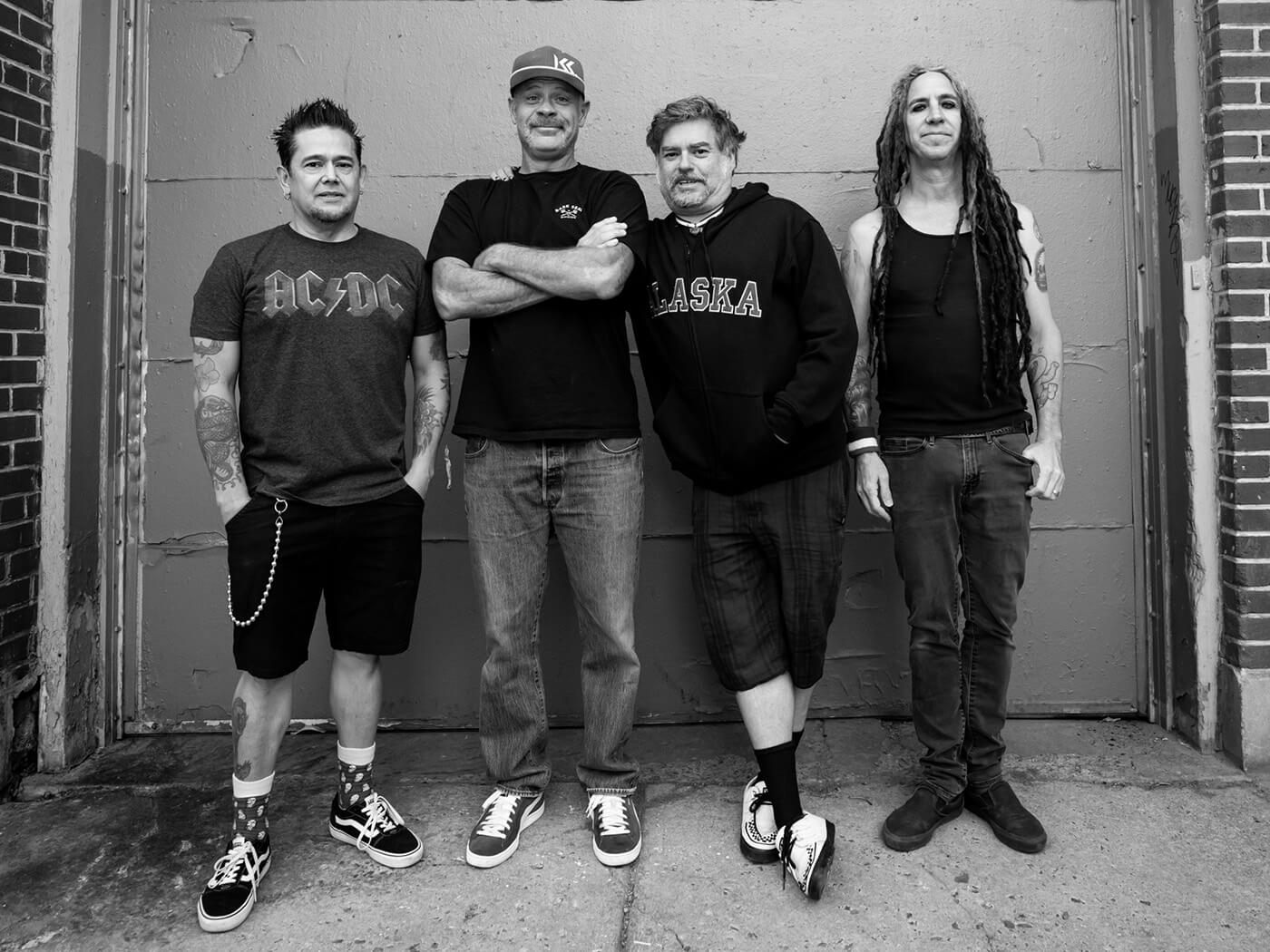 Fat Mike of NOFX has clarified whether his comments regarding a mass shooting in Las Vegas back in 2017 have influenced the band’s decision to quit touring.

NOFX will be releasing their new record, Double Album, on 2 December, and we caught up with the outspoken vocalist and bassist to discuss why he’s tired of touring as the band prepares to step away from life on the road.

Whilst performing at an event in 2018, the band joked about a shooting that occurred at a Route 91 Harvest Festival in Las Vegas the previous year, guitarist Eric Melvin said, “I guess you only get shot in Vegas if you’re in a country band,” to which Fat Mike replied: “At least they were country fans and not punk rock fans.” The comments made meant the band were met with outrage online, and even death threats (according to NME).

When asked if the comments made had influenced the decision to step down, he replied: “No. No one gives a fuck. There are still a lot of people in Vegas that are mad at us, so of course I moved there three weeks ago. [Laughs] I’m opening a punk rock museum here in January: 12,000 square feet of punk artefacts and stories.”

He also clarified of the decision, “It’s been forty years, dude. I’m 55. I don’t need the adulation. It feels like work and I have to get so loaded to have a good time.

“I’m really excited about playing our last shows because it’ll be so awesome and emotional. We’re gonna play every song we’ve written, off of every album,” he said.

Mike is also set to launch a new band, Codefendants, which he confirmed is not a replacement to NOFX stating, “No. I’m the producer and co-songwriter, but it’s a totally different trajectory. It’s like nothing anyone else has ever heard… It’ll be your new favourite band.”

He confirmed to us that there are also three more remaining records “in the can already” from NOFX, with one more side to this new album set for release next year.

Read the full interview on Guitar.com.