Featuring a hand-scrawled “Till Death Do Us Part” sign as set-dressing. 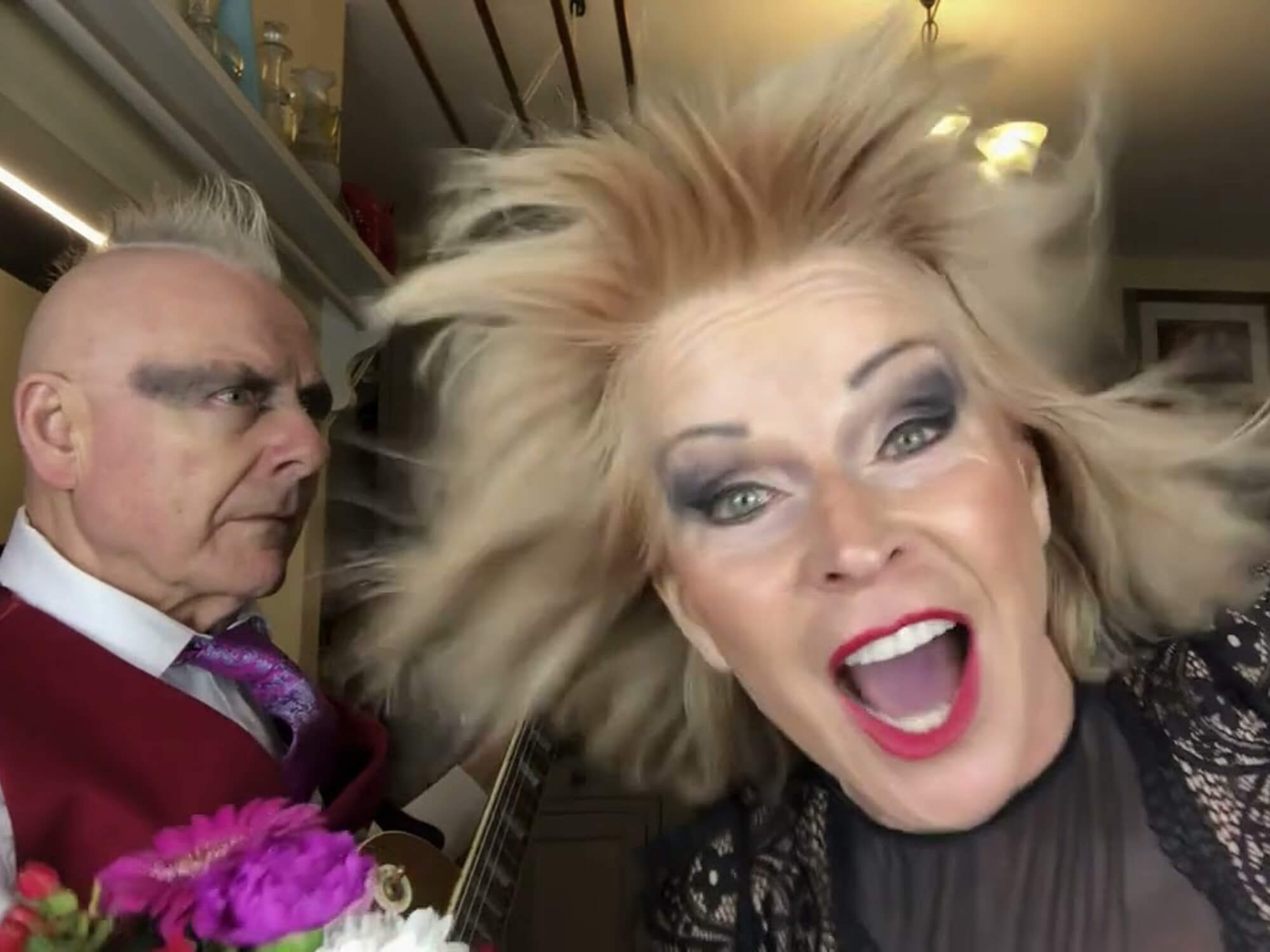 The Sunday Lunch covers are back, but have departed from the punk covers that Toyah Wilcox and King Crimson’s Robert Fripp spent January focused on. Just ahead of valentines day, the pair have gone romantic with a cover of Billy Idol’s White Wedding.

Wilcox wrote in the video’s description: “It’s a nice day to start again… Flowers anyone?”

White Wedding was the second single from Billy Idol’s self-titled debut LP. Despite only moderate chart performance at the time, it’s gone on to become one of his most well-loved tracks.

Check out the Frippcox household’s take on the track below:

Last week, we got our first look at In the Court of the Crimson King, a documentary about Fripp’s other musical project King Crimson. It’s directed by Toby Amies, and will premiere this March at SXSW.

“We have been approached by various broadcasters, but felt that the ‘standard talking head’ format was becoming increasingly cookie cutter and uncreative,” band manager David Singleton said in a statement to Rolling Stone.

“We therefore approached Toby Amies, an independent filmmaker, and asked him to make an original music documentary, to reimagine the format, and gave him complete creative freedom to do so. So the film is really sanctioned by the band only in as much as they set the ball rolling and gave Toby the access and interviews he requested. Thereafter they happily ceded all creative control.”