The guitarist also revealed what motivates him to push himself as a musician decades into his career. 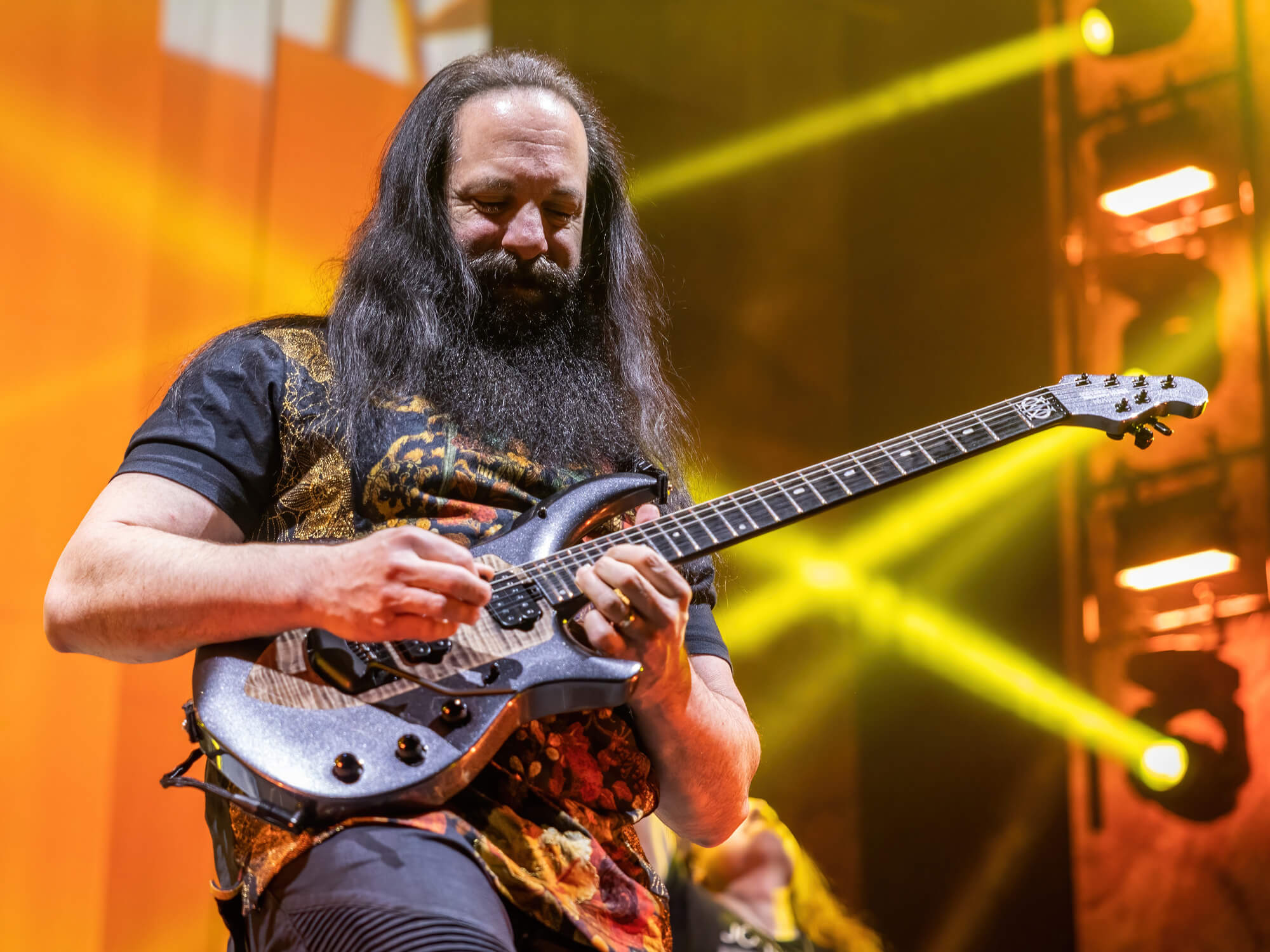 Dream Theater’s John Petrucci has an explanation for why he holds his guitar up “high and nerdy” while performing certain songs.

In a recent conversation with Ultimate Guitar‘s Justin Beckner, Petrucci shared how he deals with playing particularly tricky parts live, given that “those moments happen like every 16 bars or so”.

“Now, when there are the parts like that, I practice those a bit more before I go on stage,” he said. “And a lot of times I still don’t nail them and it’s like, ‘oh shit!’ and then I say, ‘Okay, well, I have tomorrow to try again.’ Which is a fun thing about touring.”

“But yeah, there’s tons of stuff like that, that’s a bit more challenging. That’s why you’ll see me… I’ve been doing this for the longest time. I have these big foot rests and I put the guitar on my left leg, get in a classical position and really try to focus, and I wear the guitar up high and nerdy so I can play some of the stuff. But yeah, that stuff is all over my music.”

“The bar has been raised so high, it’s just incredible. It’s inspiring playing with other people, like on this [solo] tour, playing with Dave [LaRue] and Mike [Portnoy], it’s awesome. I say it every night, I feel like I’m back in those days when we were teenagers jamming but we’re doing it on stage, and people are watching it.”

“That’s inspiring, that makes me want to push myself,” the musician said. “I think it’s also sort of internal with me, I never get bored with playing guitar. I always want to try to get better and I still really love playing guitar. It’s fun for me, so I think that’s part of it, too. I never get to the point where I feel like I don’t need to try. I always feel like I’m not trying hard enough, you know?”