The guitarist showed his appreciation for a young fan while on tour. 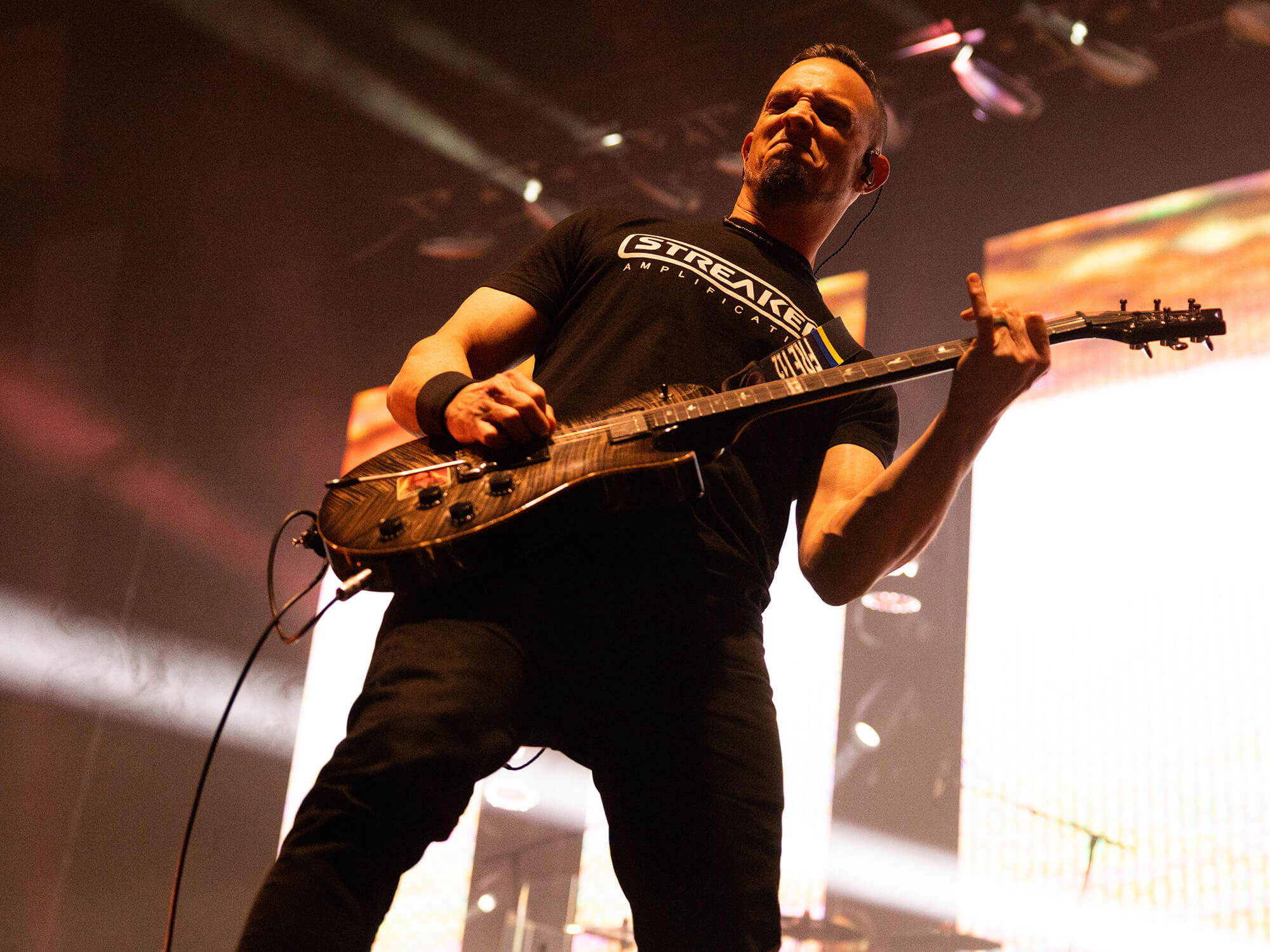 Alter Bridge’s Mark Tremonti gave his guitar over to an ecstatic audience member during the band’s Milan show.

As part of the Pawns & Kings tour, Tremonti spotted an enthusiastic rocker in the audience of the show on 24 November, Italy.

After taking off his guitar and handing it to security to pass to the fan, Tremonti then invited her onstage to properly receive her gift.

The Florida-born guitarist posted the heartfelt moment to his Instagram page, captioning it: “I just have to share one of my happiest moments on stage. I hope she loves the guitar as much as we loved giving it to her.

“Thanks for an awesome night Milan!!”

According to Loudwire, it was confirmed the fan had special needs, which touched Tremonti. His own daughter, Stella, suffers from Down Syndrome – and he dedicated his recent Frank Sinatra cover album to her.

During an interview with MetalTalks in September, Tremonti said: “Once my daughter was diagnosed with Down Syndrome, I decided to record a record for charity.”

Much of the funds he raised from the album went to the National Down Syndrome Society (NDSS).

The album was released last May, featuring 14 of the classic crooner’s greatest hits.