Mateus Asato says there are “no ego fights” playing with Joe Satriani: “Forget about insecurity, we’re here to have fun”

The guitarist was reflecting on his recent experience playing with Satriani, Steve Lukather, Peter Frampton and others at the G4 event. 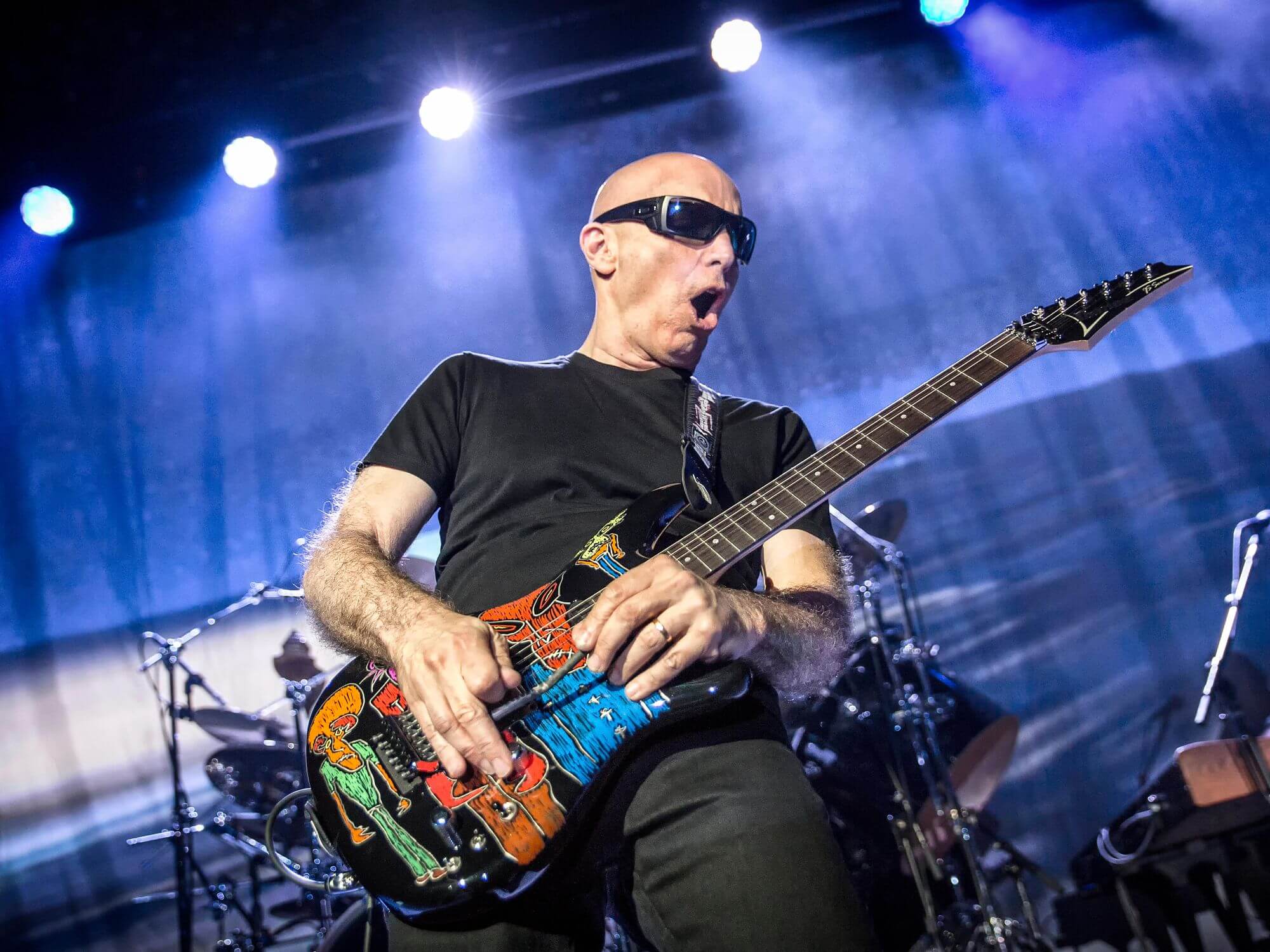 Mateus Asato, who played in Joe Satriani’s line-up at the 2023 G4 V6.0 Experience, has described what it’s like to share a stage with him.

Asato performed at the Hilton Lake Las Vegas Resort and Spa alongside other guitarists like Steve Lukather, Peter Frampton, Alex Skolnick and Eric Gales in the four-day event.

Chatting on Cory Wong’s podcast, Wong Notes, the Brazilian guitarist explained how it felt to share the stage with his idols:

“Being on stage with such legends, I was like, this is actually amazing. Forget about this insecurity that we all have, but just have fun. I mean, that’s the point of music.

“And, of course, it makes a big difference when you see guys above me actually not giving a crap about any ego. There’s no ego fights. We’re here for just one purpose – just have fun and express your voice through your instrument.”

The G4 experience took place between 3-7 January and saw the line-up take on the role of guest tutors.

Each taught their knowledge on songwriting, soloing, gigging, gear and more.

Speaking about the event to Guitar World, Satriani said: “With the G4 Experience, we create an interactive community where I’m joined by these other stars that have been making amazing music and pushing the art form of guitar forward for decades. From all stylistic approaches and musical walks of life.”

He went on: “We bring together this eclectic mix to show all the different sides of playing guitar. They’re all brilliant musicians with styles that are all over the map.

“They all have such different jobs, they’ve made millions of people happy with their playing, and yet they do it so differently.”

You can see who else played in the line-up in Satriani’s YouTube video below: