Watch: Paul McCartney, Dave Grohl and more jam on When The Saints Go Marching In

The tune was the jiving climax to the three-hour ‘Round Midnight Preserves livestream. 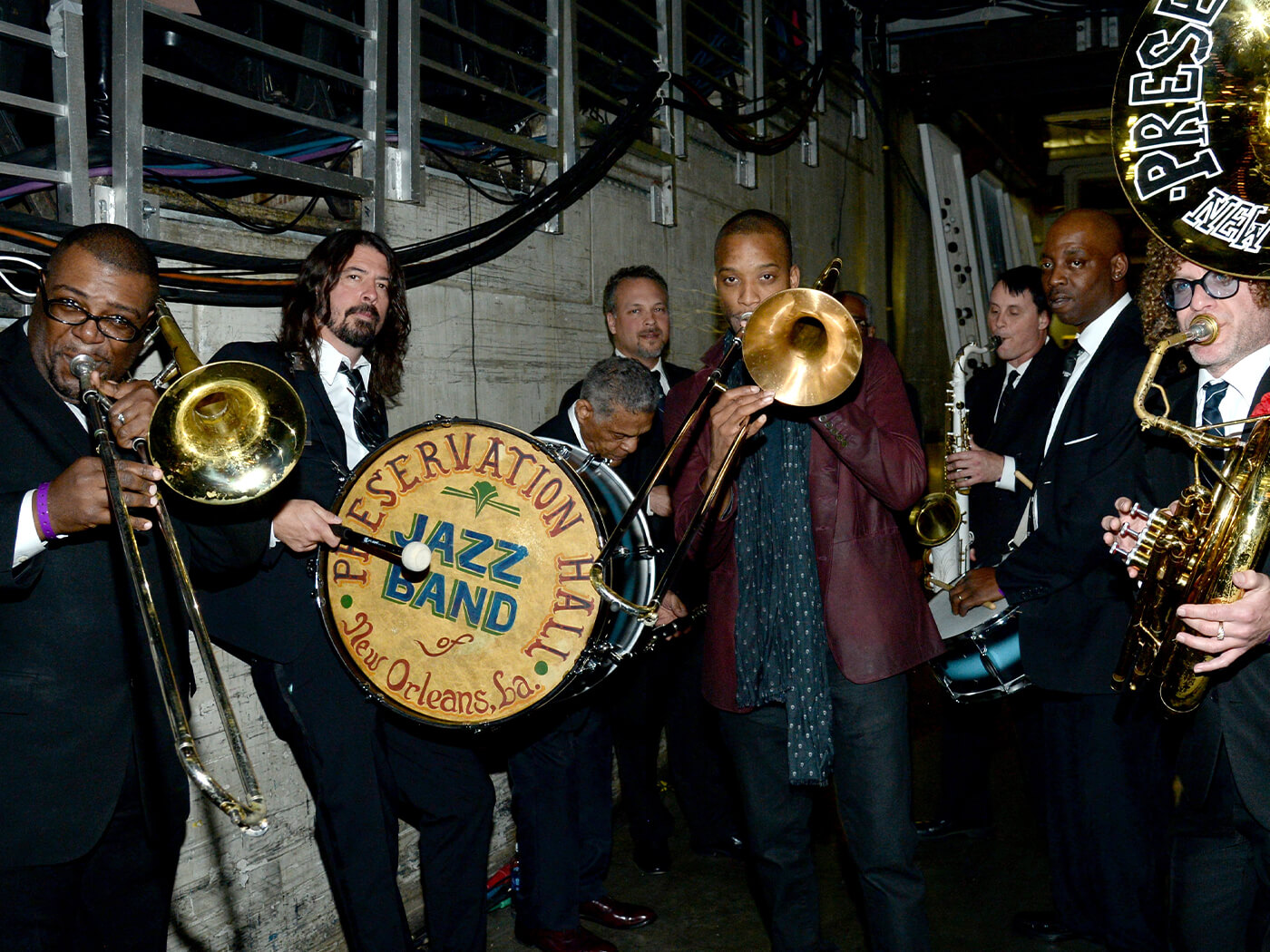 Paul McCartney, the Preservation Hall Jazz Band and a host of musical stars teamed up on a safely distanced performance of When The Saints Go Marching In on Saturday (20 June).

The likes of Dave Grohl, Dave Matthews and Elvis Costello joined in on the performance, which came as part of the ‘Round Midnight Preserves live stream, hosted in support of the New Orleans Preservation Hall Foundation’s Legacy Relief Fund. Take a listen below.

During the roughly three-hour live-streamed event, Grohl also joined the Preservation Hall Jazz Band on a performance of their staple tune Come With Me (To New Orleans), while Costello gave a solo rendition of The River In Reverse and singer Jim James performed Wonderful. The event’s climax was the all-star version of When The Saints Go Marching In, with a trumpet-armed McCartney taking on the head.

The Preservation Hall Foundation Legacy Relief Fund was set up as a means to support musicians in need amid the COVID-19 pandemic.

The event wasn’t Grohl’s first tango with the Preservation Hall, as the Foo Fighters had used the venue in the sessions for their 2014 album, Sonic Highways.

“We loaded in all of our equipment to record this loud rock song,” Grohl said to Preservation Hall Artistic Director Ben Jaffe during the live stream. “I’m looking at all these beautiful paintings on the wall and these lightning fixtures and pews that had been there for decades. I’m thinking, ‘We’re going to bust this place.’ It was exciting in that experiment.”

Watch the jiving ‘Round Midnight Preserves live stream in its entirety here.