Slash hated the iPod because it sounded “so fucking digital”

The guitarist singled out Apple’s iPod as an example of digital music’s sterility. 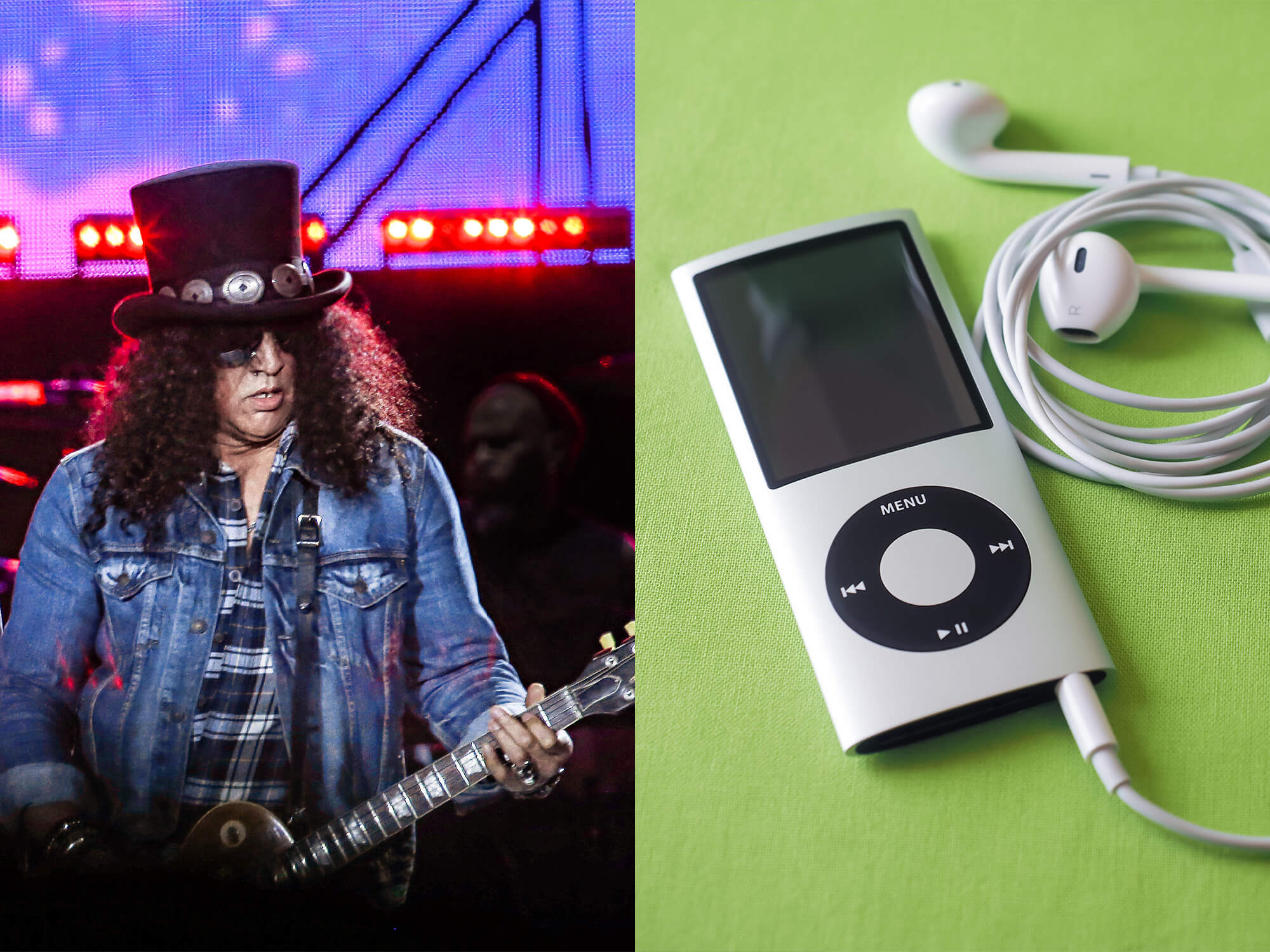 Slash has reminisced about the revolutionary iPod, however, his memories aren’t particularly fond – he’s recalled being turned off by the overtly digital sound of the portable music player.

Speaking to the Metro, Slash was asked about his portable listening habits. He recalled: “Those little flat Sony cassette players that had a tape on one end and the speakers on the other. I used to walk around with that when I was first starting to play guitar.”

More recently, Slash moved over to the world of digital audio players. “Since then, there was a period where I had an iPod, which I would take on the road with me for convenience, but the quality of the sound drove me crazy because it was so fucking digital.”

For younger readers, the iPod was (and technically still is) a digital music player that helped music downloads become the most popular format of the 2000s. Its introduction in 2001 was revolutionary for the music industry: while record labels struggled to respond to the threat of piracy, Apple’s iTunes and iPod offered a legal, affordable and safe (song files shouldn’t end in “.exe”, as some found out the hard way) way for listeners to acquire digital music.

Early iPods supported a number of quality levels for audio files, ranging from lossless WAV files to 320kbps or lower MP3 or AAC files. Provided Slash wasn’t using YouTube to MP3 converters and was instead purchasing his music from the iTunes store, it was likely 256kbps AAC files he was listening to.

While 256 kbps is no means bad – it’s still well above what Spotify lists as “high” quality – it’s not the utmost peak of digital audio. Other factors, such as the quality of the digital-to-analogue converter in the iPod, also contribute to the sound that Slash has lamented was “so fucking digital.” iPod enthusiasts maintain that some versions of the iPod, especially the iPod classic, had noticeably better digital-to-analogue conversion than others. Slash didn’t specify which generation he owned and hated so much.