His aim for ‘We Are Not Your Kind’ was “to think outside of the box”. 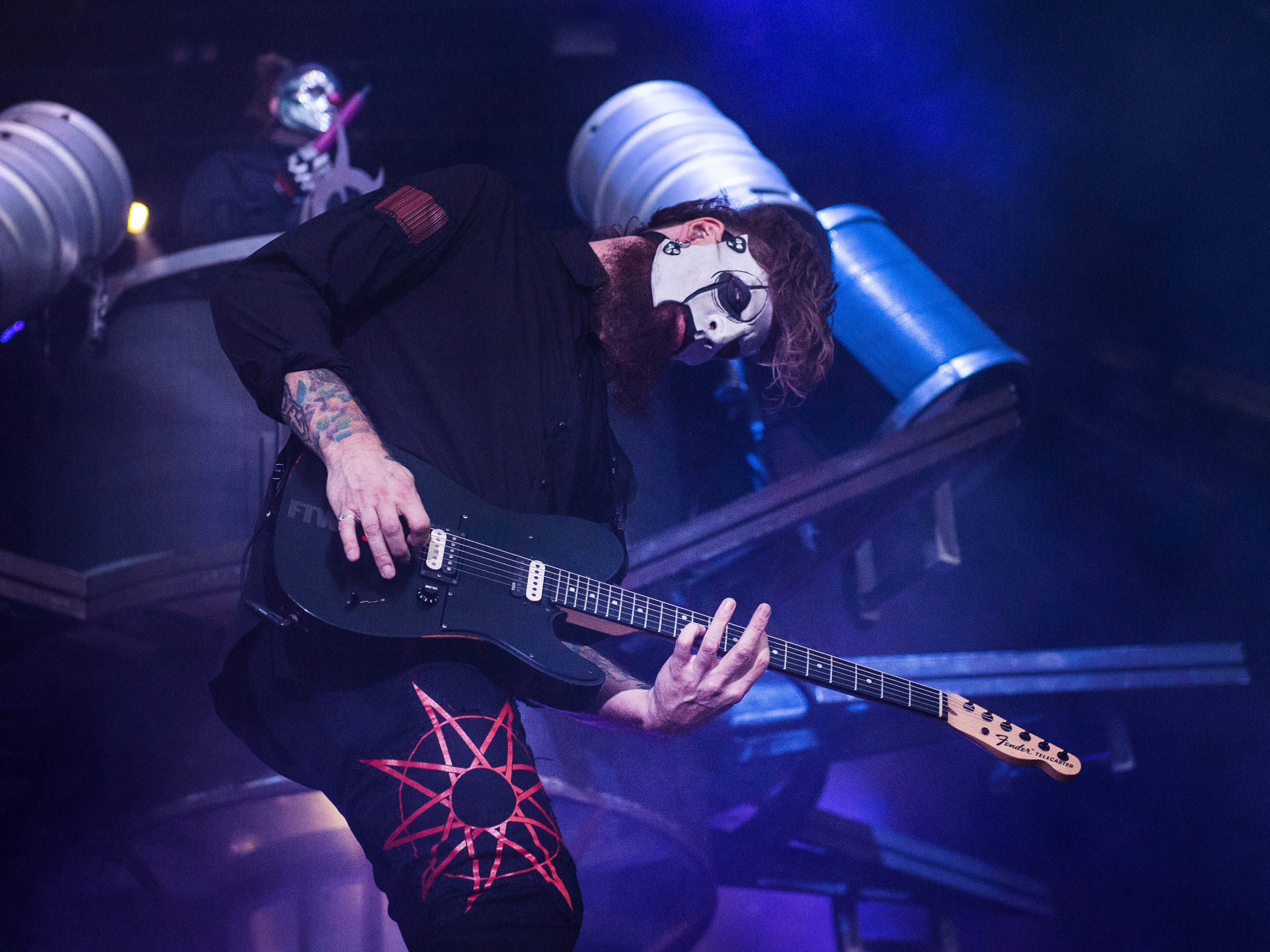 Slipknot guitarist Jim Root has responded to criticism from some fans regarding We Are Not Your Kind‘s lack of guitar solos.

The pioneering metal band released their sixth album at the beginning of August, which landed them at the top of the UK album charts for the first time in 18 years, knocking Ed Sheeran off the top spot.

In an interview with The Art & Span Show, Root goes on to say, “I see a lot of comments like, ‘Where are the guitar solos on this record?’ and stuff like that. Well, obviously, Mick [Thomson, guitar] and I are very into guitar; we love playing guitar, love doing solos over every song, but that didn’t occur to me.”

He reveals that he “was more concerned about the arrangements and making a good song top to bottom.”

“There is a solo on Spiders, albeit a kind of a non-traditional solo, but that’s what I love. The point I’m trying to make is I get to think outside of the box and approach guitar playing in a way that I would never approach it with a song like Spiders because Clown wrote that song and it didn’t come from my mind, so it’s hard for me to process it.”

In other news relating to the masked metallers, original member Shaun “Clown” Crahan revealed the band will be releasing 11 unheard outtakes from the All Hope Is Gone era, with frontman Corey Taylor revealing the material is more akin to Radiohead.