“It’s a proper loud one this week as [we] take on this true anthem!!” 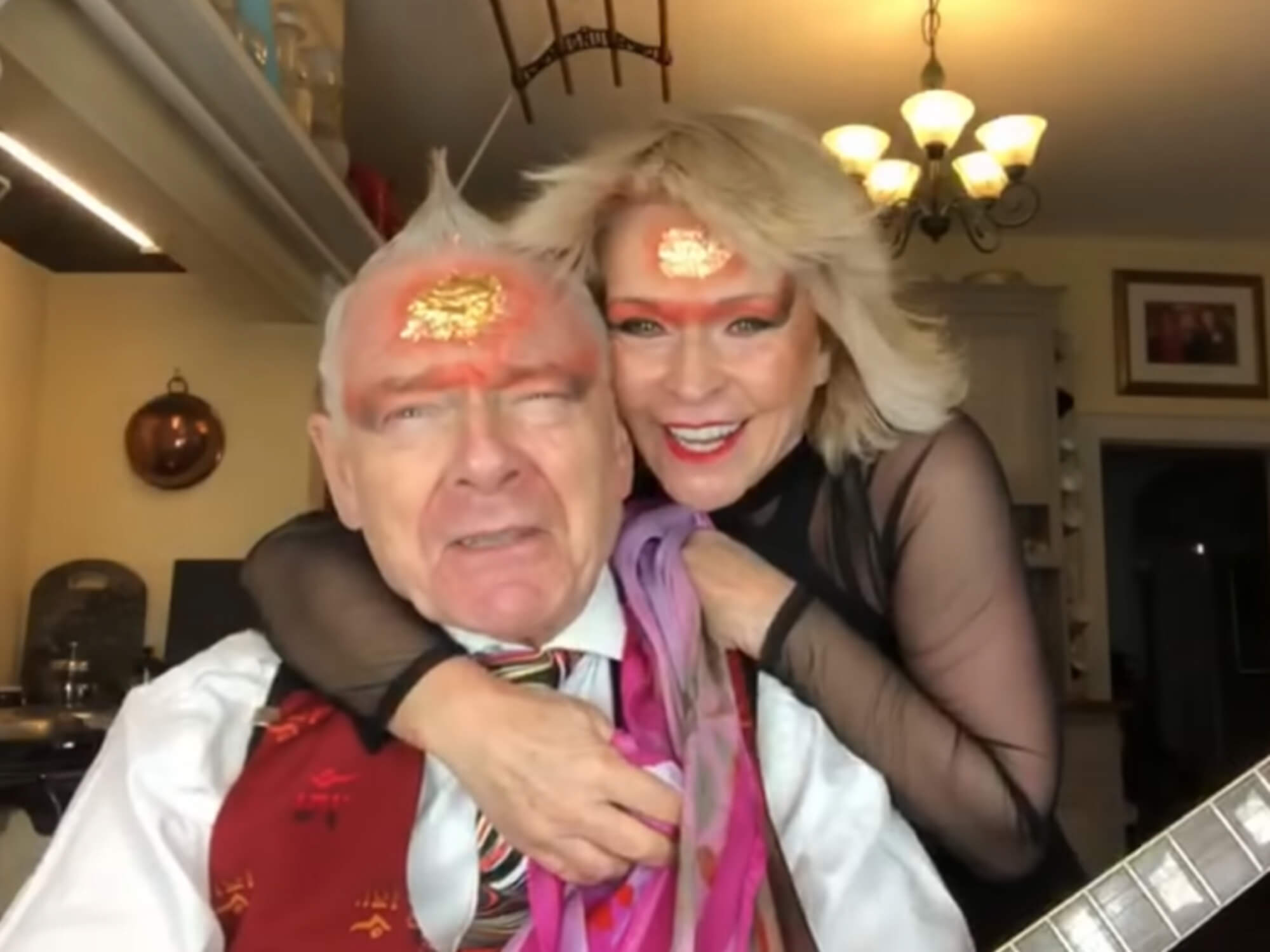 Toyah and Robert Fripp have returned with their second Sunday Lunch of the new year, this time, taking on The Offspring’s 1999 classic, The Kids Aren’t Alright.

The cover features Willcox swirling around with a pink flag in front of a wind machine as Fripp jams to the punk-rock tune on his axe. The couple could also be seen sporting makeup that we’d describe as uh… let’s just say typical Sunday Lunch stuff.

A note in the video’s description reads, “it’s a proper loud one this week as [we] take on this true anthem!!”

Check out the cover and its original sibling below.

Beginning in 2020 at the start of the pandemic, Robert and Toyah’s popular Sunday Lunch series has seen them take on a range of rock classics, including Foo Fighters’ All My Life, Neil Young’s Rockin’ In The Free World, Pantera’s 5 Minutes Alone, and Bullet With Butterfly Wings by Smashing Pumpkins.

In a 2021 interview with NME, Willcox spoke of their interest in taking the Toyah and Robert brand one step further: “The aim is to make our site more like a TV station,” she said. There will be a product line, but also it’s going to start to run like Toyah and Robert TV. It’s going to become educational in a very unique way.”

A Sunday Lunch tour which kicks off next September has also been announced, with tickets now available. Joined by Willcox’s Posh Pop Band, the Sunday Lunch Rock Party 2023 UK tour promises “the legendary artistic twists that both Robert and Toyah are renowned for.”