A wildly uninhibited amalgam of freeform jazz virtuosity, proggy indulgence and white hot musicality, Black Midi’s debut album Schlagenheim was one of the most talked about albums of 2019. The bluster surrounding Black Midi’s debut was stoked further by electrifying live dates and sets at Glastonbury and End Of The Road festivals that veered between cold, studied virtuosity and scriptless white-knuckle abandon. It left many observers certain they’d witnessed something new and important but less sure whether they’d actually enjoyed it.

Having exploded from the fertile scene centred on Brixton’s Windmill venue two years ago, any suggestion that the Brit School graduates might pick one of the many disparate threads from Schlagenheim and follow it into a more centred, digestible sophomore album are dashed with ruthless immediacy on their second full-length, Cavalcade. If anything, Black Midi have strengthened their commitment to the unorthodox, shifting away from improvisation and finely honing their labyrinthine song structures at Dublin’s Hellfire Studio. Captain Beefheart, King Crimson and Alice Coltrane are notable influences.

With many of its songs dating back to 2019, Cavalcade was envisaged by the band as biographies of a collection of fantastical characters – a cult leader fallen on hard times, a decaying corpse in a disused mine, and the legendary German singer and actress Marlene Dietrich among them. “When you’re listening, you can imagine all the characters form a sort of cavalcade,” explains bassist Cameron Picton. “Each tells their story and as each track ends they overtake you, replaced by the next in line.”

Opener John L, careering in at speed with machine gun snare hits and wrathful guitar slashes, will be one of the boldest, most complex and confusing singles released all year. The mood is best described as unsettling, the lyrical theme a black comedy about how it can all go wrong for a self-proclaimed deity. Competing ideas fight for prominence, discordant piano keys strain against a dizzying repeating riff, and Greep mumbles away in an affected tone that falls somewhere between a deranged preacher and the narrator of a vintage US cop show. It’s an uncomfortable listen, and it sounds like a knowing aside when the multi-accented singer growls, “In all the world there’s no escape from this infernal din.”

Don’t be fooled into thinking you’ve got Black Midi pegged as jazz-prog musos hellbent on impenetrable sonic mayhem, however. Cavalcade possesses moments of striking beauty. The album’s second track, Marlene Dietrich, opens with an air of elegance via fingerpicked acoustic chords, gently ringing cymbals and the unhurried sweep of a cello, Greep this time adopting an appealing croon as he serenades “our soft-spoken queen”. It couldn’t be a bigger contrast to the frenetic mania of the opener. 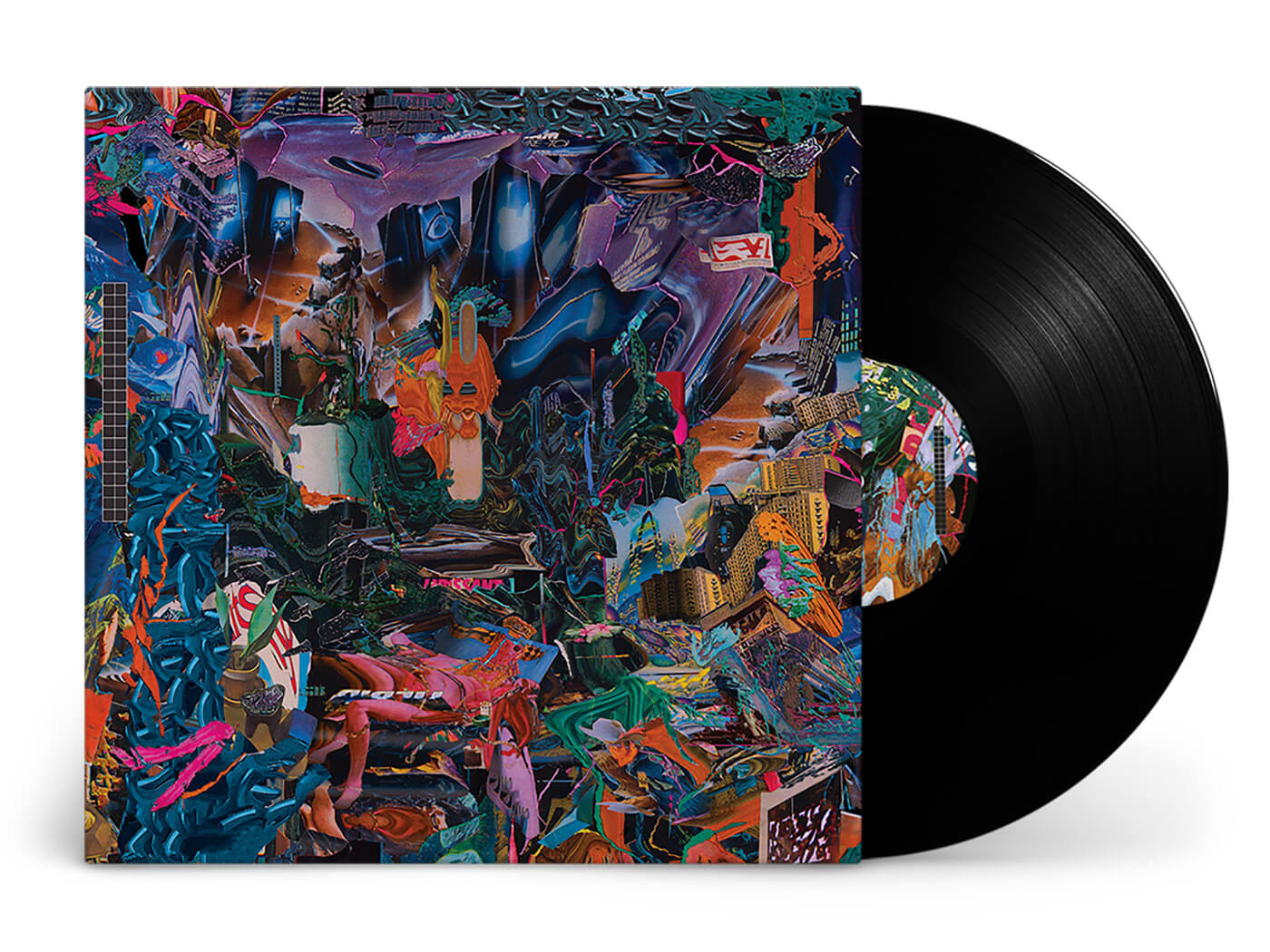 There aren’t too many songs in the musical universe about the athletic condition runner’s knee, but Black Midi now have one in Chondromalacia Patella, a wiry syncopated rhythm guitar part chopping away as scabrous distorted chords and Akinnibi’s wild saxophone howls slice and smash. The clamour falls away to jazzy refinement, cycling fretboard runs and Greep’s Jeff Buckley-isms as he sings enigmatically of “the white rocks of the pink moon”. A sense begins to emerge of Black Midi still indulging their impetuous tendencies while embracing the need to edit.

More math-rock riffing introduces Slow, borne by a sludgy probing bassline and surging to cacophonous summits. Simpson’s performance is as-ever pivotal, his kinetic and frighteningly accomplished drumming an enabling hand throughout so many stylistic twists and turns, with Picton taking the lead vocal. The ending is a pummelling onslaught of chugging chordal slams and sax squeals as the title becomes an uneasy, low mantra.

Again, there’s contrast in the grace of largely instrumental Diamond Stuff. Flutes, bouzouki, lap steel, shimmering guitar ornamentation and Picton’s vague celestial vocal wash are conducted by the soft patter of jazzy snare rolls, with Simpson edging the tempo gradually higher. The heavenly bed floats on into Dethroned, abetted by a slow, smoky sax solo before whip-crack snare patterns provide the foundation for some exceptionally technical riffing, flitting between muted ascending delay-flecked arpeggios and vivid post-rock fireworks. What started out in such soothing ambience concludes in seething turbulence, and Hogwash and Balderdash – a partner to John L – contains as many opposing ideas and brain-melting handbrake turns as the album opener.

It comes as something of a relief when the maelstrom gives way to the beatific fingerpicked acoustic guitar of closer Ascending Forth, Greep’s tremulous and sorrowful vocal proclaiming “everyone loves ascending fourths”. It unfolds over 10 minutes, climbing and falling away over and again, Greep’s voice sliding between towering and tender. It’s graceful, occasionally brutal, and the culmination of an album that sees its creators ticking off a remarkably lengthy list of genres.

“The emphasis when we were making Cavalcade was to make music that was as dramatic and exciting as possible,” says Greep. It’s certainly both of those things. Those who found Schlagenheim an unsteadying expedition to the bottom of the jazz-fusion rabbit hole may find themselves further disorientated by Cavalcade, but it’s a staggeringly elaborate, repeatedly challenging record by a group of young men with outrageous technique at their fingertips. The mind boggles as to what they’ll do next.