The prog magician’s sixth solo album finds him delving deeper into his pop side while critiquing rampant consumerism and delivering his renowned fretboard virtuosity.

Since releasing his first solo album 13 years ago, former Porcupine Tree guitarist Steven Wilson has become an expert in deftly balancing disparate musical directions. His albums have increasingly become melting pots of wholly accessible electronic-infused pop, dystopian lyrical tropes and prog guitar arrangements of mind-melting complexity. It’s no stretch at all to call him a pioneer.

Wilson’s penchant for the dark side was in evidence most potently on 2015’s Hand. Cannot. Erase, a concept album inspired by the disturbing tale of a woman whose body lay undiscovered in her London bedsit for three years surrounded by unopened Christmas presents. The themes here are thankfully not that grim although, as is often the case with Wilson, there is an overarching concept at play; the Future Bites Corporation are a caricature of a nefarious ruling elite enticing the masses into their world of cynical marketing, grotesque consumerism and limitless purchase power.

“I began to understand that in 2021 our lives are no longer ruled by politicians, but by the kind of people who write algorithms that manipulate our online behaviour,” explains Wilson, relaying a conversation with an Amazon employee he met in a hotel bar that provided the inspiration for his sixth solo album.

That unsettling scene is fused to a full realisation of the flirtation with electronic pop previously most audible on his 2017 album To The Bone, a UK chart top three hit. The choice of David Kosten (Everything Everything, Bat For Lashes, Enter Shikari) as producer is telling. And what of Wilson’s stunning guitar playing? Well, it’s best described as sparing, inventive and subtly applied, instances of audacious Gilmour-esque soloing and dazzling Frippisms largely conspicuous by their absence. This is, it’s fair to say, a less overtly guitar-centric album than 2013’s The Raven That Refused To Sing (And Other Stories), a record characterised by its flurries of technical playing and expansive song structures.

At 40 minutes, The Future Bites is one of the more concise solo records Wilson has made. Opener Unself barely passes the minute mark, though it’s a thing of majestic, minimalist beauty, quickly segueing into its hi-fi partner Self, Wilson supplying deft palm-muted rhythmic ballast to a canvas of skittering synth textures.

King Ghost’s echoing beats and reverby atmospherics hover towards trip-hop, while suggesting Wilson may have been listening to Depeche Mode during lockdown. Things I Forgot emerges from that fog and is driven along by Wilson’s strummed acoustic chords, a sprightly piano part and breezy harmonies as he admits wryly, “Now I just sit in the corner complaining, making out things were best in the 80s”. 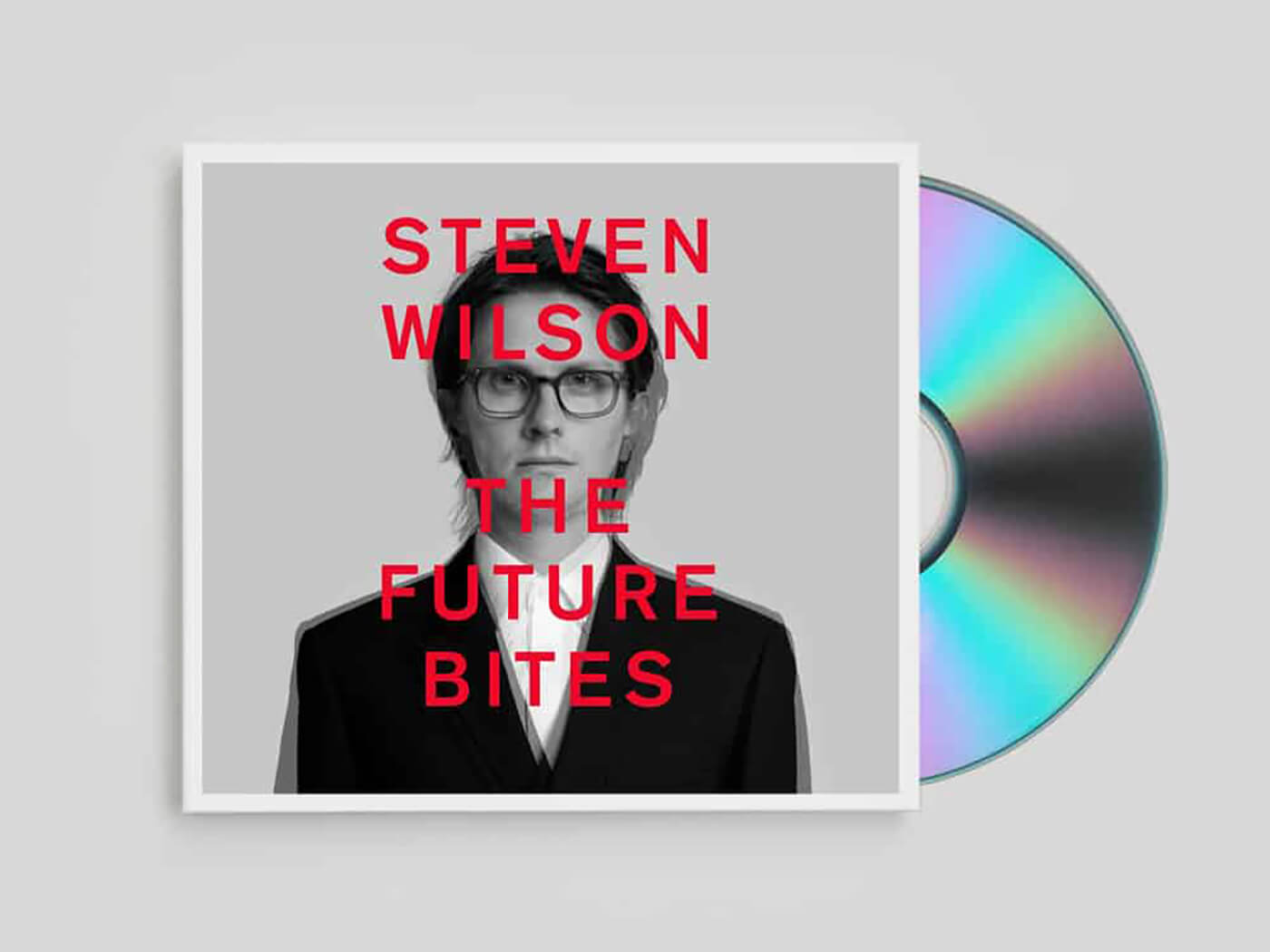 It’s this droll sense of humour that elevates a song such as King Ghost above being merely the sort of pleasant, orthodox pop song your mum might enjoy singing along to in the car, and Wilson keeps a redemptive reverb-flecked solo up his sleeve until the latter moments.

The funk-filled bass riff on Eminent Sleaze is exactly that, and it’s partnered by some fantastically odd, staccato lead playing, the angular notes rich in gain and liberally applied slapback delay, illustrating Wilson’s thirst for innovation with his primary instrument in hand. His guitar is allowed to bare its teeth on the dreamy Man Of The People, too, a sudden rake of grand, growling chords offsetting the hazy arpeggiating synths shimmering around his effects-wet falsetto.

No less an A-list superstar than Elton John pops up in the spoken word breakdown of throbbing 10-minute centrepiece Personal Shopper, a melodramatic synth-prog denunciation of compulsive consumerism. “Sell it on then buy it back, buy the shit you never knew you lacked,” a calmative female voice urges us, before super-consumer Elton reels off a list of unnecessary modern luxuries, ranging from sunglasses to volcanic ash soap over the sparse ring of acoustic chords.

Wilson doesn’t exempt himself from criticism, singling out expensive deluxe vinyl boxsets – the Grammy-nominated producer has been making a nice side business out of 5.1 surround sound remixes for such reissues for some time now.

Follower is of a darker musical hue, a motoric bassline chugging away as Wilson rails against social media polarisation, clickbait news and online radicalisation before breaking into a series of wild string bends lavished with fuzz, yielding abruptly to synthesised string stabs.

Throughout all of these dystopian visions, though, Wilson never sounds as if he’s delivering a tedious holier than thou sermon, rather gazing in disbelief at the spiralling madness that surrounds us all. He makes the whole thing sound eminently listenable, too. His vocal is pleasingly subtle and varied, his production possesses a seasoned lightness of touch and his ability to stitch together elaborate lyrical concepts and original musical ideas originating from diverse genres is the product of an expert ear. It’s all about balance.