After two decades on the indie fringes, Pulp struck gold in 1995 with a No.1 album that’s a vital collection of songs about love, class and leaving an important part of your brain somewhere in a field in Hampshire. Their charismatic misfit frontman wasn’t a bad guitar player either.

Fanfare for the common man

While the largely contrived Britpop battle between Oasis and Blur raged through the summer of 1995, the true kings of the scene were busy making the album that would do more than perhaps any other to chronicle the reality of life in England in the mid 90s. Different Class is to all intents and purposes the ultimate Britpop record.

The Great Escape and (What’s The Story) Morning Glory? may have dominated the headlines at the time, raiding The Beatles and Kinks’ back catalogues for inspiration, but by autumn Pulp were ready to unleash something new and lasting. Different Class is an impassioned, witty, erudite record that’s full of sharp, observational brilliance, a finely etched picture of imperfect, class-divided Britain, chip stains, grease and all. It’s aged better than most of the albums by Pulp’s peers, and sounds more on the money than ever in today’s polarised UK landscape. Writing in Select, Roy Wilkinson summed it up beautifully: “If Britpop is full of knockabout fun and momentous frolics, but lacking much substance beyond its tiny synthesis of pop history, maybe Pulp are the band to anchor the whole thing.”

By the time the Sheffield band, originally named Arabicus Pulp, went into the studio to record Different Class in January 1995, they’d been plugging away for 17 years, with some 30 band members coming and going. It was frontman Jarvis Cocker’s purchase of a Casio MT-500 keyboard from the Music & Video Exchange in Notting Hill that proved pivotal. Within an hour of getting home from the shop, he’d used it to write the three-chord sequence (C/F/G) for Common People, the band’s bristling class anthem. The song was inspired by a girl Cocker met while studying at St Martin’s College of Art and Design, a class tourist who thought “that poor is cool”. The band were initially nonplussed, though, bassist Steve Mackey suggesting Cocker’s demo was a rip-off of Fanfare For The Common Man by ELP. “It sounded like cod-Depeche Mode” was guitarist Russell Senior’s view, but keyboard player Candida Doyle saw the potential: “I just thought it was great, straight away. You could tell it was a really powerful song then.”

Having written the album’s first single, the band needed a producer who “would give us a big sound, but not make us sound like twats,” as Cocker put it. That man was Chris Thomas, who’d overseen the Sex Pistols’ God Save The Queen. It was a perfect partnership. Inspired, Cocker wrote eight of the album’s 12 songs in 48 hours, and before the sessions had wrapped up Common People hit the charts at No.2. The band had a further touch of fortune when they were elevated to Glastonbury headliners in June in place of The Stone Roses after John Squire broke his collarbone. For years, Pulp had been outsiders who couldn’t catch a break, suddenly their success seemed inevitable. 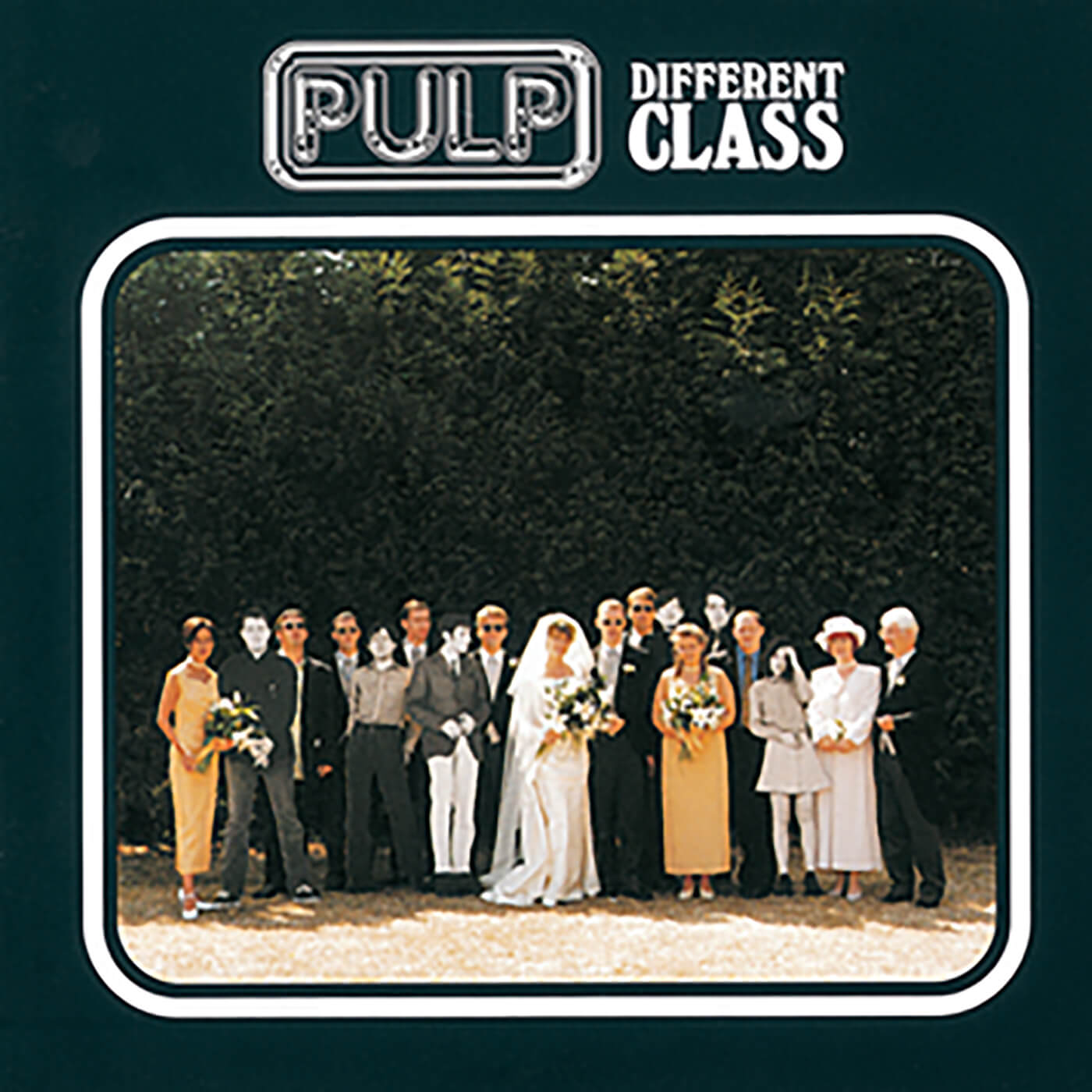 You might think that Different Class is not a guitar-centric album, Doyle’s Farfisa organ responsible for many of its signature hooks, but there are tonnes of guitar tracks on the record. Russell Senior used his Fender Jazzmaster throughout the sessions; Mark Webber, who’d joined the band earlier that year, played a Gibson ES-345, Les Paul and Firebird and Cocker, a seriously underrated player who according to engineer David Nicholas laid down a significant chunk of the guitar work on the record, a Vox Marauder, Ovation-12 string and Sigma acoustic. When it came to Common People, a surging multi-layered opus that gallops breathlessly from 90bpm to somewhere around 160, Cocker’s decision to add one more part to the puzzle proved crucial. Thomas having filled all 48 tracks on the desk, Cocker decided to put down an acoustic guitar part using his Sigma. “It brought the whole track together,” remembered the producer. “It was just a brilliant idea. That acoustic guitar just welded all these disparate elements together.”

“Jarvis is an incredible guitarist and I recorded him with the same mic that I used to record his vocal,” remembered engineer David Nicholas of the one-take contribution that transformed the song into a hit.

Elsewhere, there’s the the glorious strutting (F/B♭) riff that provides the basis for the wistfully nostalgic Disco 2000; and listen out in the sweeping Serge Gainsbourg-esque Live Bed Show for the sizzling EBow part. The utterly gorgeous Something Changed, carried by rich open chords, a strummed acoustic rhythm and an inspired strings section, has a delightful solo and even ode to raving Sorted For E’s & Wizz is underpinned by the crisply strummed Sigma. The dark, cinematic epic F.E.E.L.I.N.G.C.A.L.L.E.D.L.O.V.E. presaged the shadowy post-Britpop comedown of 1998 follow-up This Is Hardcore, while the dubby Monday Morning has a darting riff that frolics joyously around Cocker’s vocal. Pulp’s three guitar players were absolutely essential to Different Class.

With the double A-side of Mis-Shapes and Sorted For E’s & Wizz following Common People into the UK charts at No. 2, the album went one better on its release in October 1995, giving the band their first No.1 and winning the Mercury Music Prize. It turned heads across the pond, too, Rolling Stone’s David Fricke calling it “A brilliant, eccentric, irresistible pop album”.

Different Class went four times Platinum and has sold over a million copies in the UK alone. NME ranked it No.6 in a list of the greatest albums of all time, while Melody Maker’s Simon Reynolds wrote that Different Class was “not so much the jewel in Britpop’s crown, more like the single solitary band who validate the whole sorry enterprise”. In Mojo, Bob Stanley concluded neatly: “Arguments about Blur versus Oasis are irrelevant. Pulp are in a different class.”

The success was richly deserved for a true people’s band who had toiled away for two decades with little recognition. “I remember thinking I wish we could write a song that would be fantastic for ever and ever, and this was after Common People,” Doyle recalled years later. “And then I thought, ‘Oh, we have…’”