by Gary Walker
Explosions In The Sky
#Artist#Rock
Reviews

The Genius Of…. Explosions In The Sky – The Earth Is Not A Cold Dead Place

In 2003, four Texans armed with suitcases full of pedals made one of the genre’s defining albums: the sublime, hopeful The Earth Is Not A Cold Dead Place. 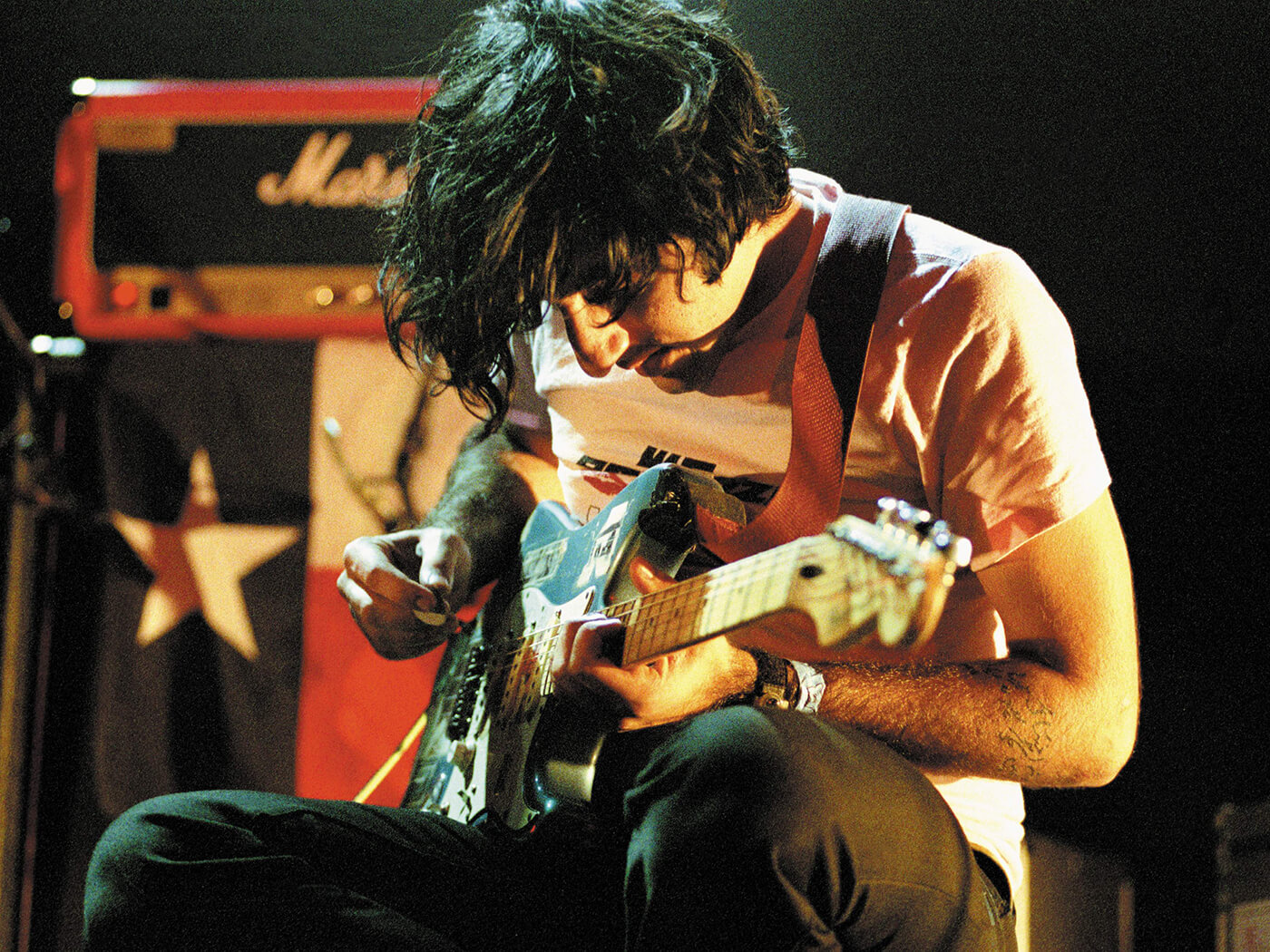 The Earth Is Not A Cold Dead Place is perhaps the definitive post-rock album, its cascading notes and shimmering atmospherics soaring and plummeting over 45 minutes filled with euphoria, hope and heart-pausing drama. No wonder it inspired countless bands to turn up the mix control on their reverb pedals and start tremolo picking.

Released in 2003, the album was the Texas band’s third in four years after How Strange, Innocence and Those Who Tell The Truth Shall Die, Those Who Tell The Truth Shall Live Forever. For many fans, it’s their most complete statement, gentler and more emotive than its predecessors, lighter in shade than albums by other post-rock contenders of the time such as Mogwai, 65daysofstatic and Godspeed You! Black Emperor.

Across its five tracks, here is an album that despite the seemingly bleak title surges with optimism and the elemental joy of being alive. The subtly shifting repetition, dialogue and almost classical dynamics of the band’s three guitarists Munaf Rayani, Mark Smith and Michael James are revelatory.

Nothing they play is hugely difficult to replicate, the brilliance instead lies in the compositional vision. As the trio’s patterns dance and weave around each other, icy melodic phrases are given enough space to cut to the core, tension building and breaking relentlessly like waves crashing on the rocks. All the while the feeling is akin to being safe at the centre of a great storm raging around you.

The Earth Is Not A Cold Dead Place is an album about hope. Listening to the record on vinyl is a luxuriant experience. Its cover, designed by Esteban Rey, bears its titular statement scrawled over and over in stark black handwriting, a defiantly positive mantra in the post-9/11 landscape. “That way we could kind of imagine that it was written by someone who sees all the horror and terror of the world, but who is also trying to look at all the wonderful and beautiful things,” explained drummer Chris Hrasky.

Then there’s the simple life-affirming etching on the D-side of the record, which reads “The Earth is not a cold dead place because you are breathing, because you are listening”. And the title of this sublime album’s majestic opening track, First Breath After A Coma. Just allow yourself to imagine the surge of emotions that restorative inhalation of life itself would stir. That’s what this remarkable piece of music represents. 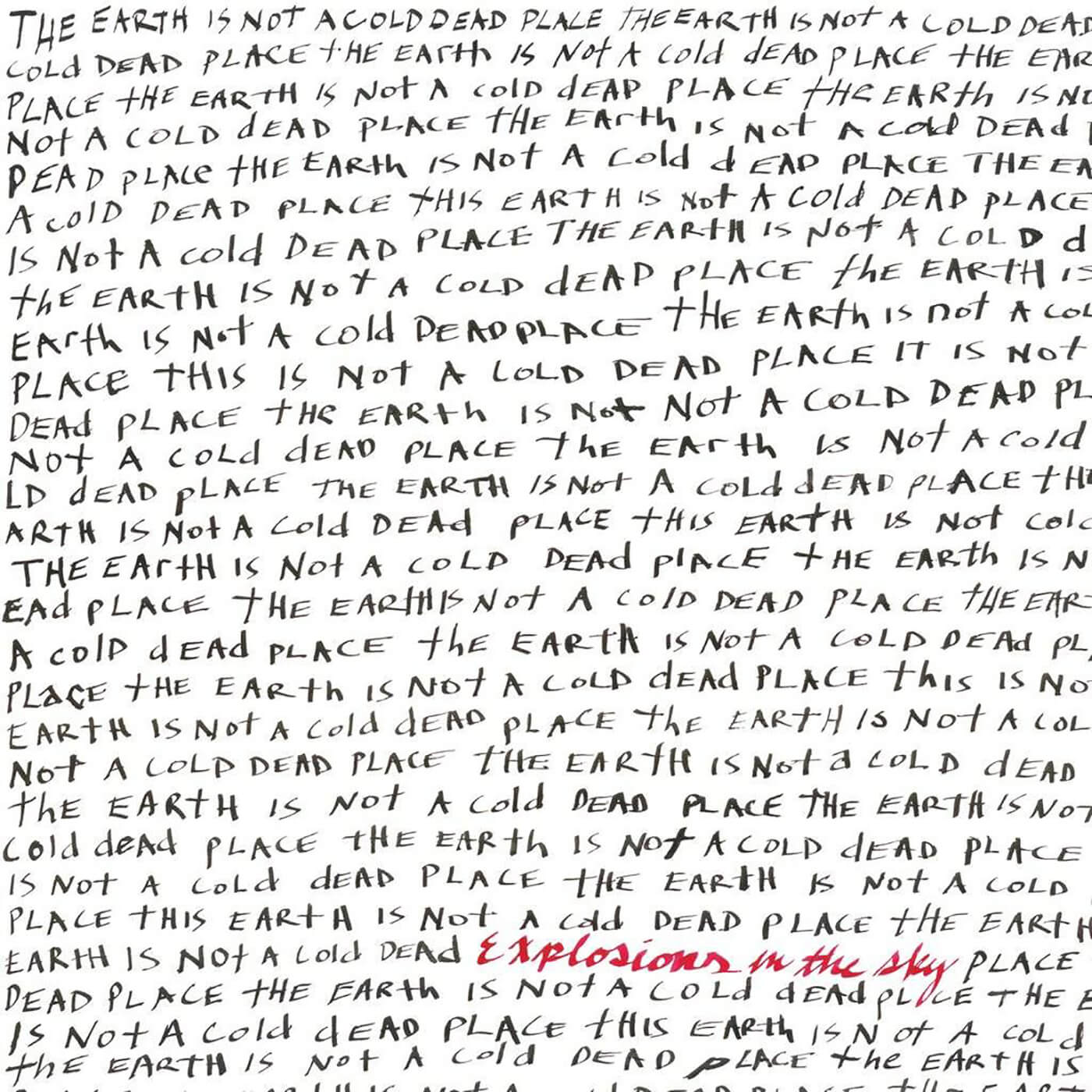 Beginning as a single A note played at the 17th fret of the top E string, its icy delayed repeats hang beatifically above us before a quiet drumbeat mimics a human heartbeat, tremolo picking begins to rise and a second and then third guitar are introduced, countermelodies ebbing and flowing along with crashing cymbals and a military-like snare roll. At five minutes, there’s a brief respite as sparkling sound on sound repeats and sleigh bells dance tantalisingly around a low tremolo-picked line, then the song rises to a huge crescendo, that heavenly riff repeating to the conclusion.

Emerging from an unsettling noisy squall, The Only Moment We Were Alone is 10 minutes of transportive bliss, a symphonic collision of beauty and beast as simplistic chiming phrases give way to moments of crushing distortion, layer after layer of guitar joining the swelling cacophony.

It’s an incredibly emotive piece of instrumental music that segues seamlessly into the following Six Days At The Bottom Of The Ocean. There’s even hope on that third track, viewed by the band as the album’s darkest moment. The song was inspired by a TV news story about the Russian sailors trapped on the sinking Kursk nuclear submarine in 2000. Hrasky has described this piece as “kind of frightening and scary and lonely”.

The final track, Your Hand In Mine, is a towering masterpiece and perhaps the band’s defining musical statement. Again it builds from a single chiming arpeggio to something huge and triumphant in its final minutes before falling away to that single one-note riff that fades gradually to black, Explosions In The Sky in microcosm.

You might assume that the The Earth Is Not A Cold Dead Place‘s ethereal splendour could only have been possible as the result of a serious haul of boutique gear. You’d be wrong. By the time of the band’s third album, Smith was playing a Fender Toronado, Rayani an affordable Strat and James an Ibanez Talman. Their amps of choice the Fender Twin and Fender Dual Showman Reverb, there was nothing fancy on their pedalboards either – in fact until recently, the band didn’t even own pedalboards.

Paul Gregory, of Explosions‘ Bella Union labelmates and one-time touring partners Lanterns On The Lake, recalls: “They’re so humble. They don’t have pedalboards, they just carry their stuff around in suitcases. Every night they’d set their pedals up on the floor. I’d be thinking, ‘you guys are mad!’ All their gear is beat to hell. They’re a band I became obsessed with though, touring with them was incredible.”

Delving inside those suitcases, all three guitarists swear by the now-discontinued Boss RV-3, which they stockpile in case of breakages, preferring it to more recent iterations of the reverb pedal. The venerable Line 6 DL4 and the unheralded Ibanez DE7 are their delay pedals of choice. It’s all the more remarkable – and inspiring – that Explosions In The Sky built this celestial masterpiece using every-day gear.

Quite a way to go

The Guardian‘s original review of The Earth Is Not A Cold Dead Place raved about “tunes that twinkle and thunder like exploding stars”. Uncut called the album “a formidable demonstration of what can still be done with guitars”. While Drowned In Sound‘s 9/10 review noted “Guitars chime, bass rattles, drums combust. If the end really is nigh, then it’s quite a way to go”.

Regardless, 17 years from its release, this astonishing album is treasured by fans and has inspired hundreds of post-rock bands to follow in its wake. The record’s cinematic movements have unsurprisingly provided rich pickings for film and TV soundtracks over the years – indeed the band themselves recorded a shortened, string-accompanied version of Your Hand In Mine (alongside a batch of original music) to provide the crescendo of critically acclaimed 2004 film, Friday Night Lights.

Explosions In The Sky have gone on to create release four further albums of blissful, stratospheric guitar music, along with several film soundtracks, but they’ve never eclipsed the coruscating grandeur and hope of The Earth Is Not A Cold Dead Place.

Explosions In The Sky, The Earth Is Not A Cold Dead Place (Temporary Residence/Bella Union, 2003)

The Only Moment We Were Alone

More information about Explosions In The Sky here. For more features, click here.

Explosions In The Sky
#Artist#Rock