The Genius Of… Slaughter of the Soul by At the Gates

As the band prepare to play this classic live and in full, we examine the enduring impact of one of heavy metal’s most brutal albums.

By the mid-1990s, death metal was in an absolute state. Turn-of-the-decade pioneers like Obituary and Deicide couldn’t freshen up their acid-gargling brutality and were commercially tumbling as a result. The spark that was “technical death metal” quickly extinguished when Cynic and Atheist broke up. And Korn’s debut album had just lit the fuse of the impending nu metal explosion. The genre needed a hero – and it got it in At the Gates.

To call the Swedish quintet’s fourth album a breath of fresh air is to understate its impact. Slaughter of the Soul was a gust of wind that blew away death metal’s old guard and cleared the scene for, essentially, every millennial’s favourite bands. Killswitch Engage, Trivium, Lamb of God, The Black Dahlia Murder, Darkest Hour, Arch Enemy and Gatecreeper have all declared how indebted they are to Slaughter…, hailing the way it stripped extreme metal to its base elements, then rebuilt them into new, exhilarating forms.

However, before At the Gates could be pioneers, they had to be also-rans. The band formed in Gothenburg at the very start of the 1990s. At the time, 300 miles down the road, the Stockholm scene was pioneering death metal with its chainsaw guitars and guttural growls, leaving the rest of Europe’s leather-clad underground scrambling to catch up.

At the Gates were no exception. Although their 1992 debut album The Red in the Sky Is Ours was released on Peaceville Records – home of genre stars like Paradise Lost, My Dying Bride and Autopsy – it struck the same beats that Entombed and Grave already had in the capital. 1993 follow-up With Fear I Kiss the Burning Darkness was better, demonstrating tighter songs and more adept melody-making, but it still didn’t convert anybody not already obsessed with the death metal phenomenon. 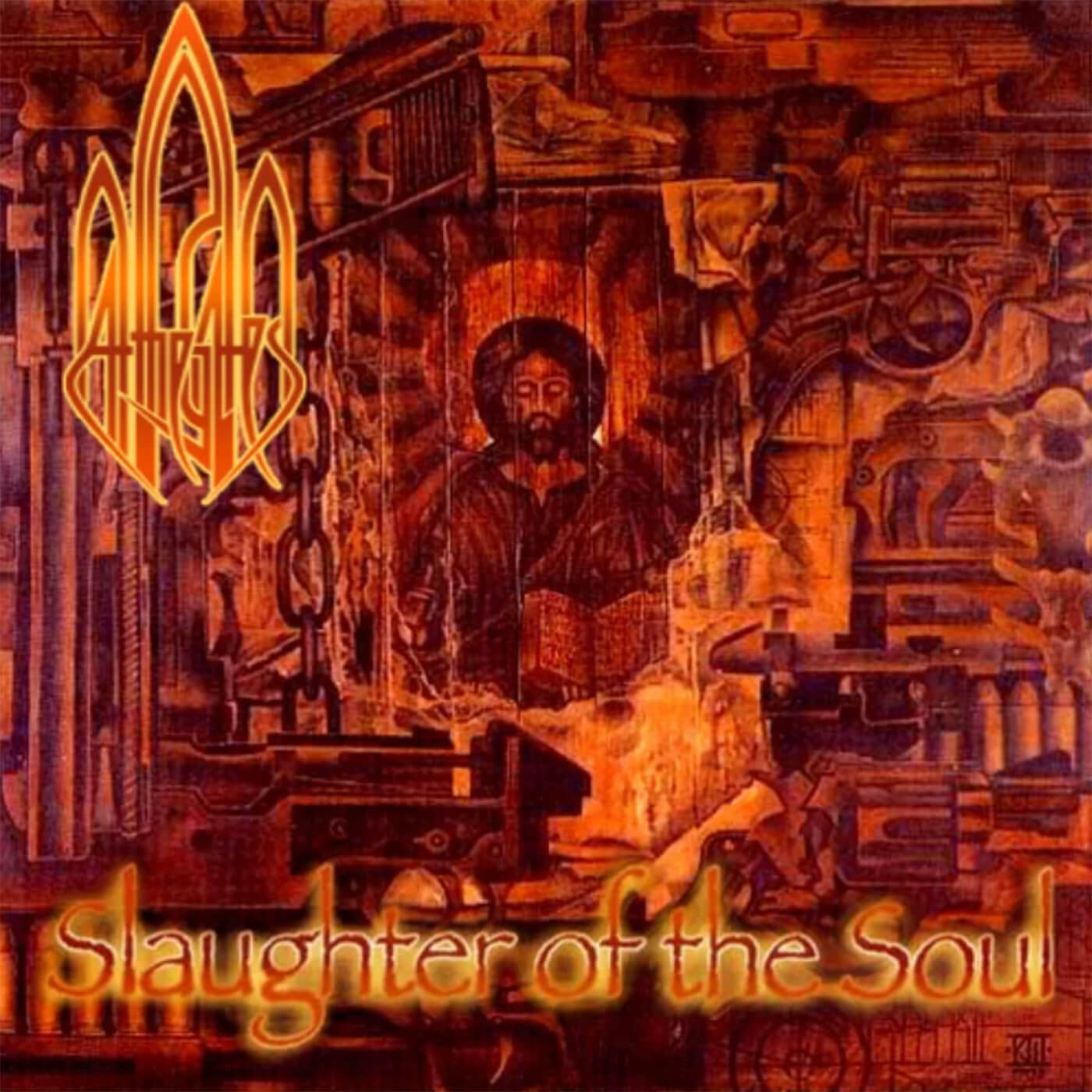 However, almost immediately after With Fear… was recorded, guitar player and songwriter Alf Svensson left At the Gates to focus on tattooing. He was replaced by House of Usher’s Martin Larssen, who, unlike his predecessor, had a penchant for pummelling people with no-nonsense thrash riffs. With him in place and the twin brothers of co-guitarist Anders and bassist Jonas Björler now principal composers, At the Gates made the no-frills mini-album Terminal Spirit Disease in 1994.

Terminal… had much of what would make Slaughter… great: lightspeed songs built on one or two riffs, poetically existential lyricism and a blink-and-you’ll-miss-it runtime. However, the missing ingredient materialised when money problems led to the cancellation of a UK tour after just two shows. At the Gates entered the studio baying for blood and a masterpiece of ferocity resulted.

Opening cut Blinded by Fear is emblematic of what made its parent album a classic. Following a clanging industrial introduction, the core of the song is nothing more than a seven-note guitar melody with the gaps plugged by chugging open strings. It’s a halfway house between thrash and the New Wave of British Heavy Metal theatrics perfected by Iron Maiden and Judas Priest. Then singer Tomas Lindberg barges in with snarls about feeling fear so strong that it paralyses: “Sweet nauseating pain! Is death the only release?” The assault lasts just three minutes before returning to the sound of static that commenced it.

It’s all so simple, yet everything about Blinded… worms its way into the brain. That guitar riff is hideously infectious and Lindberg’s lyrics tread the line between vague and poetic carefully enough that every line resonates. What metalhead can’t fawn over the apocalyptic imagery of “Purgatory unleashed! Now burn the face of the Earth!” or the horror behind “All your fears unleashed! The face of all your fears!”, hammered home by the fact that almost every line gets repeated within the minuscule runtime.

Every song on Slaughter… has the same stripped-back ingenuity. Immediately after Blinded… is the title track, which continues to drive crowds ballistic with its opening howl of “Go!” On Cold, Lindberg declares “Only the dead are smiling!” before a neoclassical solo from King Diamond guitarist Andy LaRocque. And Suicide Nation starts with the sound of a shotgun. In an era where death metal was overcomplicating itself to try (and fail) to retain its relevance, all At the Gates had to do was drag extreme music back to the most primal of badass elements.

Slaughter… was so genius that it proved too successful for At the Gates’ own good. The band broke up just a year after its release, ground down by the increasingly incessant live tours that their album’s brilliance heralded. However, the bands Slaughter… inspired maintained its legacy until At the Gates reunited in 2008: each of them used the same straight-to-the-jugular melodic tactics to counterattack against nu metal and ignite the New Wave of American Heavy Metal in the early 2000s.

As a result, it’s no stretch to say that Slaughter of the Soul is the blueprint off of which 21st century’s heavy metal sound has been built.

At the Gates will play Slaughter of the Soul in full at Damnation Festival, Manchester, on 5th November.