The Genius Of… Spiderland by Slint

A little-known album from a little-known band, Slint’s second and final LP somehow became one of the most influential guitar albums of recent times, spawning multiple genres in less than an hour.

Even if you’ve never heard a Slint record, you’ve heard Slint. You’ve heard Slint in almost every modern genre with post- attached to it: in the crushing quiet-loud post-rock of Mogwai, in the talky post-hardcore of La Dispute or the coruscating post-metal of Deafheaven. Black Country, New Road recently hit No 4 on the UK albums chart with an LP containing a lyric that winkingly described them as “the world’s second-best Slint tribute act.” Top spot is apparently reserved for any one of a thousand bands. You’ve heard Slint.

But 30 years ago basically no-one had heard Slint, and the release of their second and final album Spiderland did little to change that. They didn’t so much as flame out as never really catch fire in the first place. Theirs is a story about songs too good to fade away, of music nerds passing on something special in a way that music nerds don’t have to do so much anymore. Piece by piece, year by year, Slint became one of the most influential guitar bands of all time. Spiderland is the cornerstone of that reality.

Slint’s story began in Louisville, Kentucky in 1986. They were kids, literally, bobbing around in waters rent by hardcore, connected by stints in other bands: drummer Britt Walford and guitarist Brian McMahan in post-hardcore almost-greats Squirrel Bait, Walford and guitarist David Pajo with thrash-punk weirdos Maurice. This was a time when DIY ideals, small labels, and confrontational experimentation were coalescing into something like a national happening.

Arriving in March 1991, a few months before Nirvana’s Nevermind sparked a major label feeding frenzy on out-of-the-way scenes, Spiderland feels like a full stop to some of the stories Michael Azerrad collected in Our Band Could Be Your Life. Slint are an influential group but not an island: they owe something to Sonic Youth’s restless guitar voyages and something else to the gonzo imagery of Minutemen. They owe something more concrete to Steve Albini.

Albini is a minor but key player in this story. He helped get Squirrel Bait signed by Homestead Records, and his band Big Black were a huge influence. In the autumn of 1987 he recorded Tweez, Slint’s debut LP. In an extremely Slint way, Tweez makes no sense. Pajo has a great time of it—showing off his EMG-powered virtuoso shredder credentials—but it wasn’t released until 1989 and its turbulent, sophomoric avant-metal bears almost no relation to Spiderland. By the time anyone noticed it, Slint had changed. 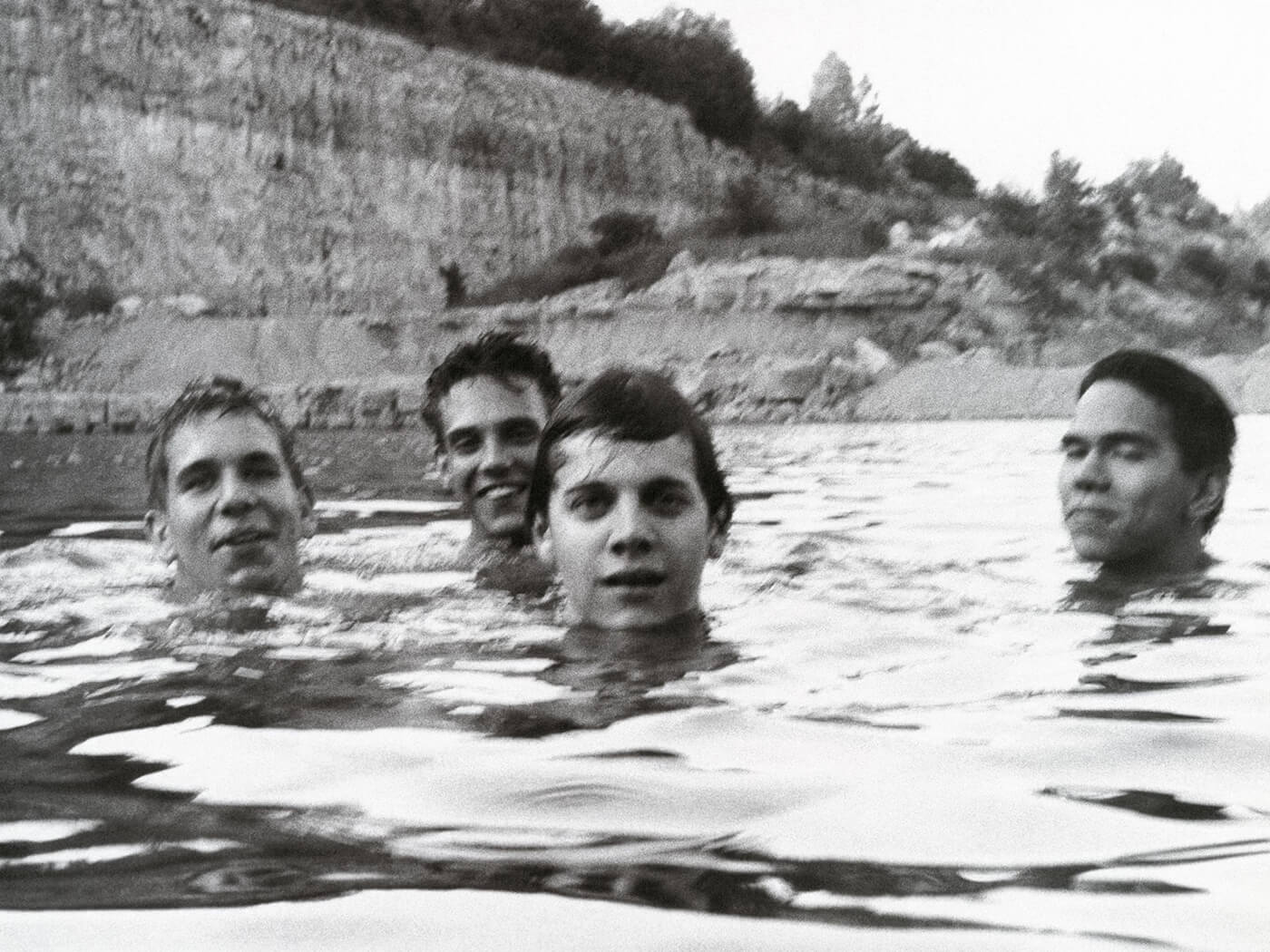 Post-Tweez there were a series of shifts and a sort of rebalancing. Bassist Ethan Buckler, underwhelmed by the whole experience, left and was replaced by Todd Brashear. There were comings and goings to college and over time McMahan carved creative space in the group to match Pajo and Walford’s. Back and forth between Northwestern and home he and Walford wrote music that took on a more intellectual hue – young men at university trade goofs for art.

Around the time of Tweez’s long-delayed release—facilitated by a friend, Jennifer Hartman, putting the cash up for a vinyl pressing of 500 copies—and a planned tour, Slint tracked a new version of album outlier Rhoda and a new song called Glenn with Albini. The latter, as Scott Tennent observes in his fabulous 33 ⅓ book on Spiderland, now looks like a lamplit path towards Slint’s defining statement.

“Like many of the songs on Tweez, Glenn follows a single pattern through an almost linear song structure until it’s worn itself out,” Tennent writes. “The difference here is that the band displays the patience to allow that process to stretch out over six minutes instead of jumping in and out in two.”

Spiderland wouldn’t exist without this newfound patience. It is a monument to the power of repetition and Slint’s songwriting-as-jigsaw-puzzle approach, driven by hours upon hours logged in the rehearsal room. The LP, which was recorded in a matter of days by engineer Brian Paulson, is a towering example of doing your prep and each member’s strengths being correctly utilised in pursuit of a greater whole.

McMahan and Pajo’s deliberate guitar lines – usually delivered on Teles and Strats, respectively – are at the heart of an ominous maelstrom of dynamic catch and release. Slint had an unreal knack for choosing their moment to strike, from the famous rollercoaster of Breadcrumb Trail to the jagged interjections of Nosferatu Man’s screeching leads and the bassy indie-wonkiness of Good Morning, Captain giving way to cathartic chug-release. Spiderland is a forensically constructed record that manages to be hugely emotive – stirring, terrifying, rageful – precisely because of its sense of timing. “I’m a really mechanical player,” Pajo told Tennent. “I like emotionless machinelike playing. But Brian brought more of a human feel to it.”

Spiderland was released by Chicago indie-punk institution Touch and Go, with Slint already on a slab. They checked out with minimal fanfare, ditching a European tour and leaving their new record to fend for itself. It sold a few thousand copies slowly and was particularly well-reviewed in the UK, where Albini’s glowing words were published by Melody Maker. “The dry, unembellished recording is so revealing it sometimes feels like eavesdropping,” he wrote, before concluding: “Ten fucking stars.”

Slint’s members didn’t leave music – they collaborated with old pal Will Oldham, Pajo played in Tortoise, McMahan formed The For Carnation, which at times featured his old bandmates – and reformed the group several times over the years, needling those who saw their flight and crash as indie-rock’s perfect trajectory. “It was pretty common to form bands that only lasted a few years,” Pajo later told Pitchfork. “Slint was my favourite band that I was in at the time, and I didn’t realise that I was bummed out about it until quite a while later. But there was no bitterness. It was just a totally rational, common-sense breakup. It didn’t feel like losing a girlfriend.”

In the shadow of a record like Spiderland these are just details. It is one of those rare beasts that continues to surprise all these years later, luring us in with a somnambulistic pattern before cleaving the space open with something unexpected: a mumbled lyric that we’ve heard before but maybe not yet understood, a blast of distortion or coiled lead line that won’t quit, picking away at a scab. You might think you know Slint. But no-one really knows Slint.