The Genius Of… Super Session by Mike Bloomfield, Al Kooper and Stephen Stills

In 1968, two Dylan collaborators and a future Laurel Canyon superstar were at a loose end, so they booked some studio time in LA and improvised a freewheeling blues-jazz blueprint for the supergroup-on-record concept. 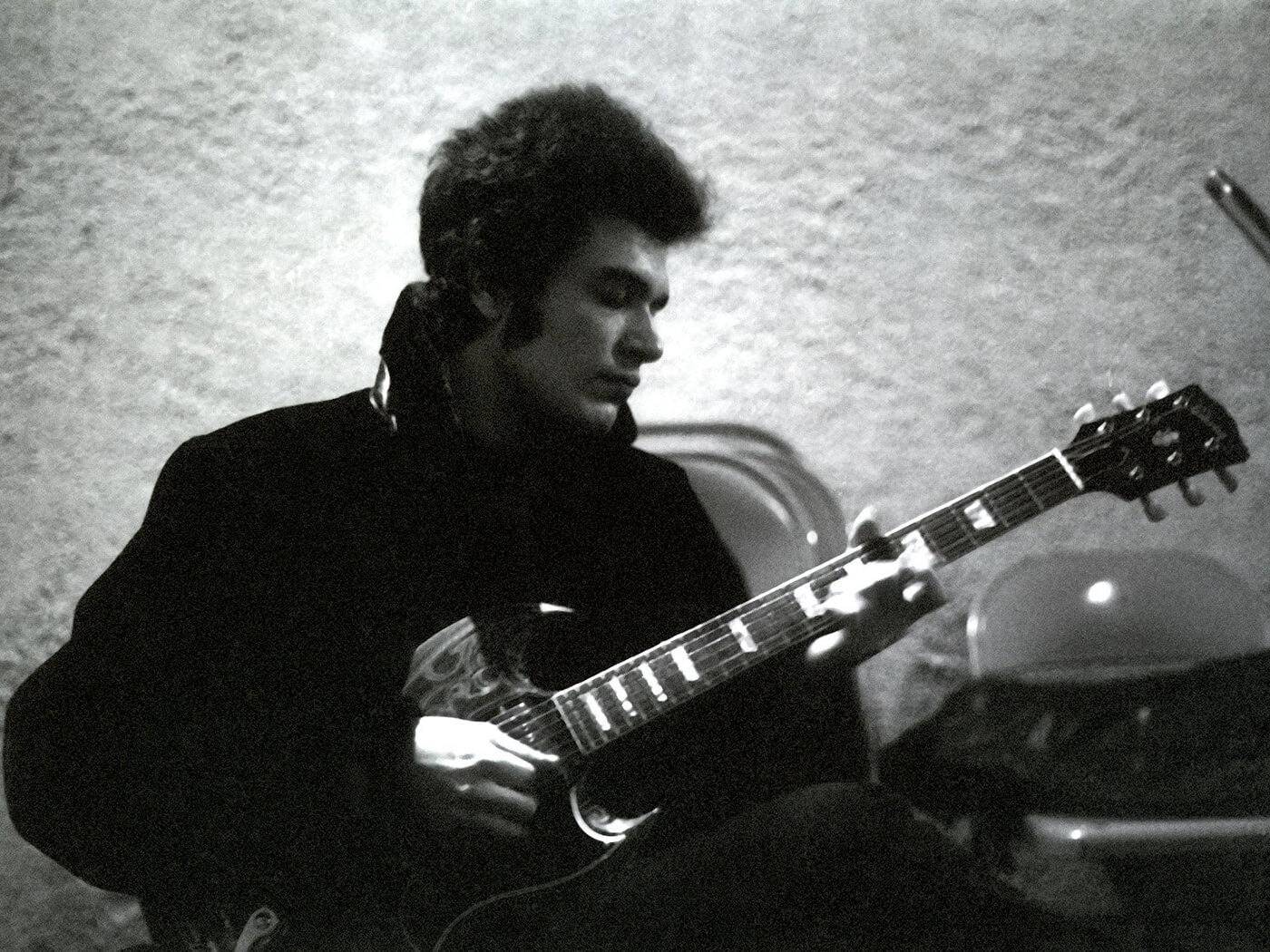 The idea of the ‘supergroup’ has been used and abused so much throughout rock history, it’s now automatically employed as an umbrella PR term for almost any meeting of notable musical minds – today’s singer-songwriters need merely to open Zoom and Pro Tools together and another one is formed. Cream was of course the earliest example of a rock ‘supergroup’ that managed an uneasy longevity. But Super Session – the musically adventurous mid-1968 collaboration between the unlikely triumvirate of multi-instrumentalist Al Kooper, Chicago-blues ace Michael Bloomfield and Buffalo Springfield guitar player Stephen Stills – is cited as a different type of milestone: the capturing of itinerant rock musicians coming together briefly for a one-off jam, in the same way as jazz musicians had previously done. It can lay claim, almost by accident, to being the impetus for a whole branch of rock’s family tree.

The project was masterminded by well-travelled multi-instrumentalist Al Kooper, and Super Session was at least partially borne out of Kooper’s frustration that no producer had been able to properly showcase the formidable talents of his friend, blues guitarist Mike Bloomfield. The pair had met (and already unwittingly guaranteed themselves musical immortality) by helping Dylan go electric on rock’s high water-mark, Like A Rolling Stone. Kooper had been at the session with the intention of playing guitar and was plugged in and ready to go when Bloomfield appeared.

Kooper recalled in his book Backstage Passes And Backstabbing Bastards: “[Bloomfield] commenced to play some of the most incredible guitar I’d ever heard… And he was just warming up! I was in over my head. I embarrassedly unplugged, packed up, went into the control room, and sat there pretending to be a reporter from Sing Out! magazine.” Kooper still seized his chance to be part of the recording, by playing the Hammond – the first time in his life he’d ever sat behind the instrument. The pair were in also in Dylan’s band for his electrified 1965 Newport Folk Festival set.

From there, Kooper and Bloomfield led parallel musical lives, both eventually playing in brass-driven bands; the former in Blood, Sweat & Tears, the latter in The Electric Flag. Both had recently left these acts at the time of Super Session; Stephen Stills, who joins the story later, was in the process of leaving Buffalo Springfield. Kooper, who had taken a job as an A&R man at Columbia, contacted Bloomfield with the idea of a jam record, and Super Session was born.

A game of two halves

The album’s title – thought up after it was recorded – is almost a misnomer, since its two star guitarists didn’t actually play together during it. Instead, Side One is the result of a nine-hour Kooper-Bloomfield session; Side Two features Kooper-Stills, with both sessions backed by Electric Flag members Barry Goldberg on keys and Harvey Brooks on bass, plus consummately talented session drummer ‘Fast’ Eddie Hoh – horns and Kooper’s extra guitar parts were overdubbed later.

Despite the evident musical chemistry of the first session, Bloomfield didn’t, or couldn’t, stick around for day two. Kooper: “He left a note that said, ‘Couldn’t sleep, bye.’ So I called every guitar player I knew in Los Angeles and San Francisco: Jerry Garcia, Randy California, Steve Stills and I don’t even remember who else. Stills was the one who got it together.” 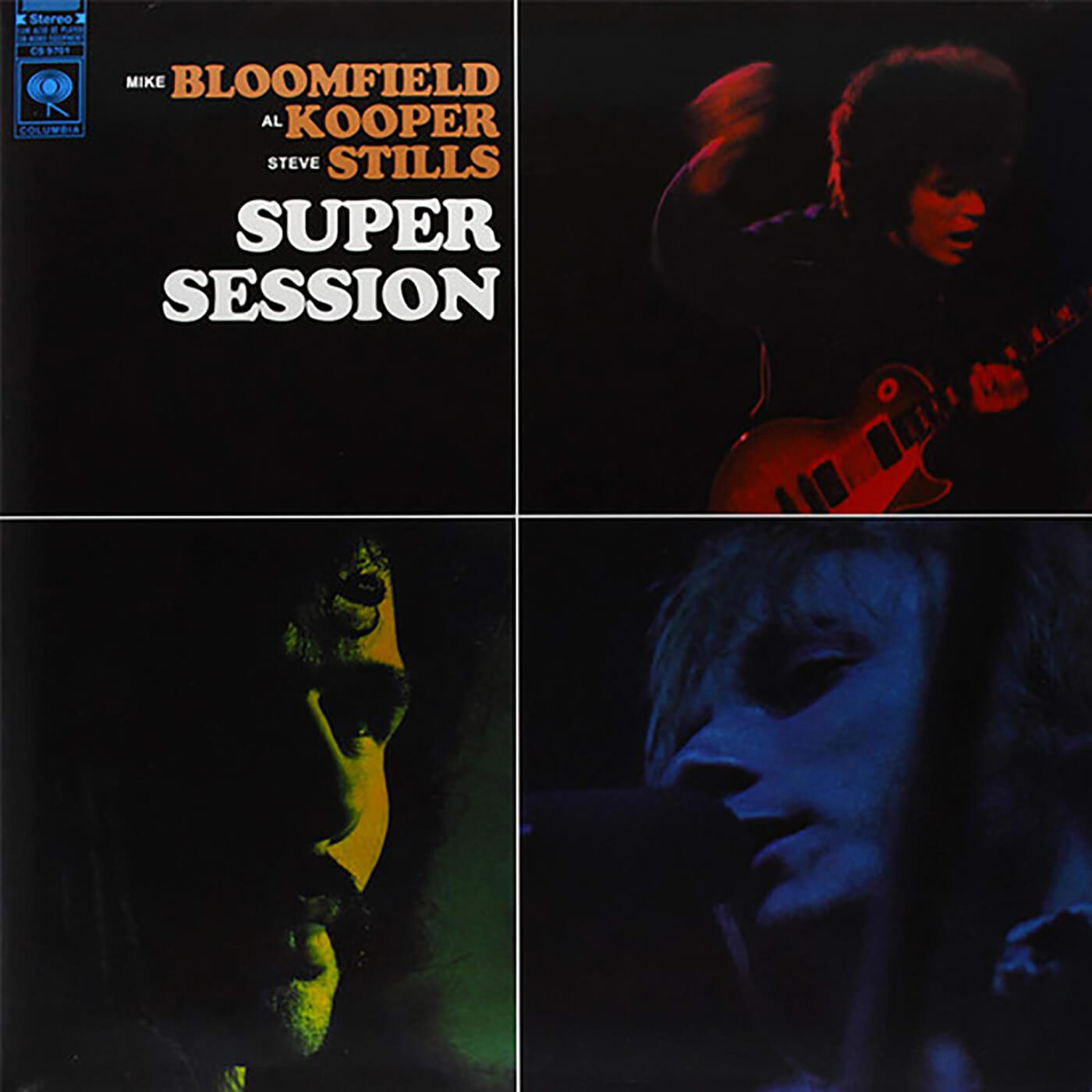 For guitarists, Super Session is a masterclass that’s surprisingly sophisticated when you consider it was made up on the spot. Plus, it’s entertaining even just as a study in contrast between its two six-string protagonists. Bloomfield’s ’59 Les Paul is the vehicle for an out-there reinterpretation of Chicago blues vocabulary on opener Albert’s Shuffle, before he smoothly morphs his blues flourishes to fit Coltrane tribute His Modal Majesty (featuring Kooper on the manic-sounding ondioline) a few tracks later. A consummately classy stylist, Bloomfield demonstrates here is playing was every bit as innovative and fresh as the era’s British blues innovators, while still remaining distinct from them.

Both players show impressive musical range and sensitivity, with Stills morphing his Bigsby-equipped Les Paul Custom’s tone and playing between poppy jangle and pedal-steel embellishments on Dylan cover It Takes A Lot To Laugh, It Takes A Train To Cry as readily as he crunches through a satisfying psychedelic workout of blues standard You Don’t Love Me.

His playing on a wah-soaked interpretation of Donovan’s 1966 song Season Of The Witch is the album’s standout guitar performance, though: Stills’ use of the wah as an instrument in itself (at 8:59, especially) is dripping with feel – it’s on a par with the likes of Hendrix’s own explorations of the effect, and you have to love the shimmer of harmonics and reverb at the very end.

With the psychedelic majesty of 1967’s Sgt. Pepper’s Lonely Hearts Club Band definitively elevating rock to the status of an art form, a hastily concocted freeform jazz-blues record was a step in a different direction. Yet to the surprise of everyone involved, the resulting record was an unexpected commercial success. Super Session reached No. 12 on the Billboard Top 200 and achieved Gold certification – not bad for a couple of nights’ work and a modest outlay of $13,000.

Kooper told Bloomfield Notes: “That was the last thing on our minds, that that was going to be a successful record. I was trying to emulate the Blue Note jazz records of the 50s in concept, put a bunch of guys that can really play in a room and let ’em jam. Make rock ’n’ roll more of an art form, comparing it to those jazz records. And it turned out to be the most successful record of our careers.”

An impressively freeflowing showcase of the talents of its hastily assembled cast, Super Session took the concept of the improvised jam session from jazz and applied it to rock to produce what’s regarded as ‘the first real rock ’n’ roll jam session’.

Season Of The Witch