The Genius of… The Argument by Fugazi

Twenty years on from the hugely influential post-hardcore band’s final (probably) album, we revisit the guitar chemistry of Ian MacKaye and Guy Picciotto that helped make The Argument the band’s most complete and important statement. 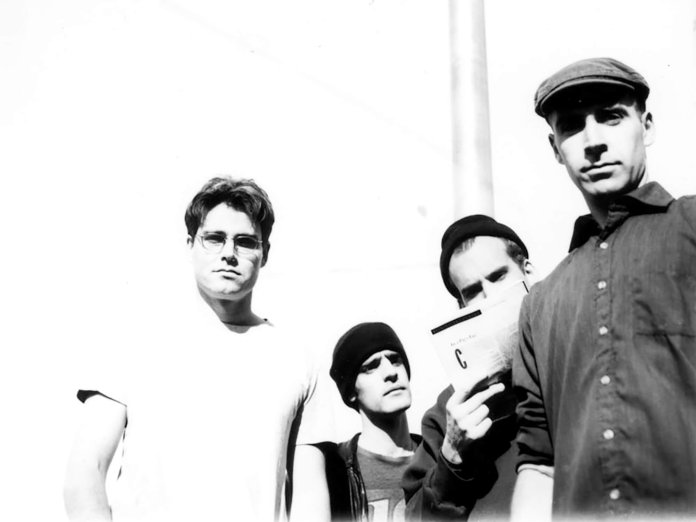 If Fugazi’s beliefs – community, anti-consumerism, dancing not moshing, all ages $5 shows – suggested a band who’d neither bend nor break, their music suggested something altogether more malleable. Where these two lines intersected and caught fire was in the total commitment behind every one of their moves. Fugazi meant it when they said ‘Let’s take the violence out of the scene!’. They also meant every undulating groove, scraped guitar hook and nagging melody.

Twenty years ago this month they released The Argument. It’s not their final record because, technically, they haven’t broken up. They’re on hiatus. They still play together sometimes, but even then it’s one of those hiatuses that feels like it might still be in place when the meteor with Earth’s name on it rounds the corner. “I do feel like we were just getting good, and The Argument was a great record that we should try and top,” bassist Joe Lally told the A.V. Club’s Leor Galil in 2011. Now, that’s a hurdle to clear.

In the annals of great sign off records, The Argument deserves its own chapter. DC punk bands were always good at breaking up – so good, in fact, that it was both a running joke and a driver behind the truly wild number of great groups to emerge from the city – but they almost always upped and died with something left unsaid. The members of Fugazi weren’t strangers to the idea of complex, stunted legacies themselves thanks to their work with Minor Threat, Rites of Spring, Embrace et al, but their story is more nuanced and satisfying even if it doesn’t have a proper ending.

Start as you mean to go on

Fugazi played their first show in the autumn of 1987, post-Revolution Summer, post-hardcore, post-all those hugely influential bands and others, such as Guy Picciotto’s One Last Wish, that could have been hugely influential in another timeline. By the time Picciotto was upgraded from backing vocalist/dancer/chaos merchant to full-time guitarist and co-vocalist in 1989, they’d already released a game-changing EP. Its opener, Waiting Room, with its dub-inflected groove, Ian MacKaye’s relentless SG chug, and barked hooks, was a mission statement that doubled as one of the very best punk songs of all time.

From there, Fugazi changed again and again. They grew more confident and incandescent (see Repeater), more hard-edged (see In on the Kill Taker), even more expansive and uncertain (see Red Medicine or End Hits). But they never appeared to be the finished article. The Argument is the closest they came to achieving that state. 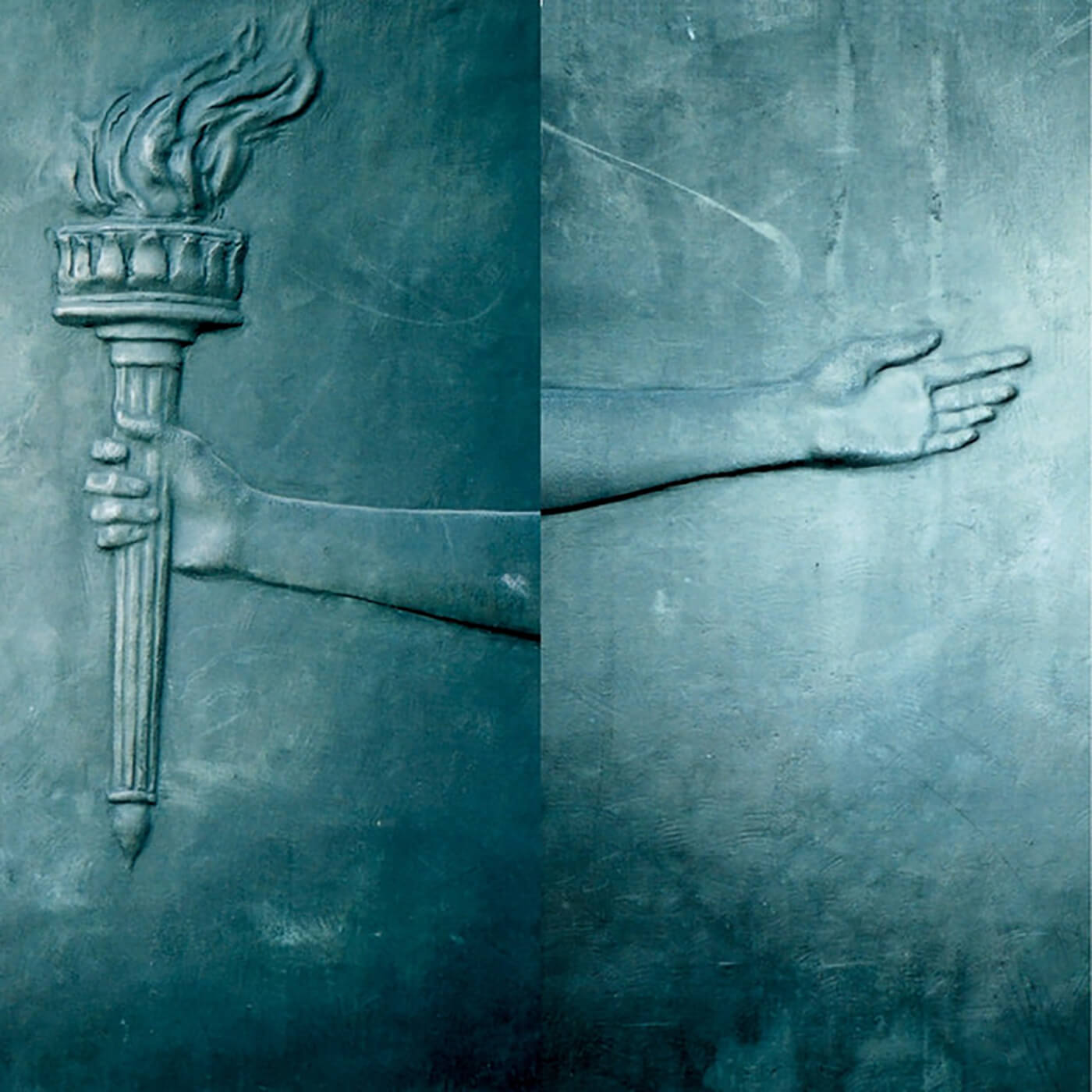 Largely written and demoed with a sense of purpose following the end of touring behind End Hits, there is a history-encompassing undercurrent to the record. Released alongside Furniture, an EP of old songs recorded contemporaneously, The Argument comprises material that was decades in the making, plus in situ studio constructions and improv spin-offs. It is the work of a band in touch with one another, weathered and familiar enough to finish long dormant ideas alongside completely new work.

The song Epic Problem, on the surface a perfect distillation of Fugazi’s drive and insistent melodic focus, took a decade to finish and owes its title to its status as an epic problem. “Assembling that song was an insane pain in the ass,” Picciotto told Pitchfork in 2002. “In fact, for a long time, there was a moratorium on it. We weren’t allowed to introduce the song in practice. If you brought the song back in, everyone would like, you know… we actually just weren’t allowed to. It wasn’t even allowed to be mentioned.”

Recorded at Inner Ear studios and Dischord House, the on and off base for MacKaye’s storied label of the same name, the record was also a collision of old and new in terms of personnel. Producer Don Zientara was part of the furniture, but the LP branched out by calling on notable guest turns from touring percussionist, and second drummer, Jerry Busher, alongside cellist Amy Domingues, Bikini Kill bassist Kathi Wilcox, and vocalist Bridget Cross, of Unrest and Air Miami. They are key voices in the LP’s introverted middle section, which daringly punctures the raucous atmosphere of the opening stanza.

Chemistry plus work divided by four

In Cashout, Full Disclosure and Epic Problem, Fugazi deliver a stellar surge of grit and vein-bursting energy, suggesting a charge to the finish. The slowing of the pace brings out the band’s esoteric side and draws on the interplay between MacKaye (all SGs, all the time, Marshall JCM 800 half-stack, no pedals) and Picciotto (all Rickenbackers, all the time, including his fragile 370, which was banned from touring, plus an MXR Distortion) as guitarists, melding shards of harsh sound with winding lines that coalesce into one snaking whole against the unpredictable movements of Lally and drummer Brendan Canty, who are as good here as they’ve ever been.

“We’ve definitely learned how to play together,” Picciotto told Morphizm in 2002. “I didn’t play guitar when the band started, and it wasn’t until Repeater that I started playing guitar with the group. And it took me a while to figure out – since the sound was so full – how another guitar could work within it, how to hone in on the way I wanted to play. I never really considered myself a guitar whiz, but at a certain point I think I had an idea on how it could work. And Ian and I just fed off each other. But I always like to think of it as a sports team or something. Teams are constantly trading people, but we never had to. We know how to play.”

Anywhere next, just not here

When Oh hits, Lally’s bass popping and whirring against Picciotto’s strangled half-speak, it’s like being dragged out of a dream that otherwise might never have ended. By the time the record winds down with the title track, all muted I’m So Tired-isms until it hits a stellar phase of coiled soloing, they’ve been to five or six further spots to check out what Fugazi look like against that backdrop. The lingering feeling at the close is that they might go anywhere next – full-throated hardcore roar or open-ended ambient jam – and they would find a way to function.

Fugazi toured The Argument a little, but not like they used to. They had jobs, and work, and lives, all these things that didn’t seem so pressing back in the mid-80s. Their final shows (for now, or not) were in London, and then they were gone. They have played in other groups, and almost invariably they are excellent. But they’re not Fugazi. There never will be another Fugazi, and whether Fugazi will ever be Fugazi again remains to be seen. If they decide one DC morning that, actually, they’re done, then they can rest knowing their final statement might also be their best.