An album that spawned entire genres, influenced countless bands and altered the course of rock ’n’ roll history has taken its deserved place in the hall of fame. But its guitar-fuelled soundscape still sounds just as avant-garde and dangerous over 50 years on from its release.

The record that launched a thousand bands

The Velvet Underground’s 1967 debut is righteously garlanded as one of rock’s most important records, for any number of reasons: its vision to fuse the avant garde and rock ’n’ roll, its detached, literary lyrics, its streetwise realism offering a visceral alternative to the utopian ideals and psychedelic excesses of the West Coast flower power movement… and the fact it took so long for the world to catch up (it took a decade to sell into six figures) has only served to cultivate its legend even more.

All of these things are undoubtedly more important than seeing it in blinkered terms and focusing in on it as a mere ‘guitar’ record. But to do so is at least an opportunity to give it a fresh listen and appreciate just how groundbreaking the playing of Lou Reed and Sterling Morrison was, and why its mix of decadent experimentalism and fragile beauty came to influence countless other players.

Pre-Velvets, Reed was a songwriter for Pickwick Records when he teamed up with rock-loving avant-garde viola player and multi-instrumentalist John Cale to promote Reed’s novelty-dance hit, The Ostrich. With its pioneering tuning and lyrics (“You take a step forward, You step on your head”), the song was already sufficiently out of kilter with the prevailing wind in the mid-60s music industry and in the two years between the Velvet Underground’s formation and recording their debut album, Cale, Reed and second guitarist Morrison honed their experimental ambitions at a residency in New York’s Café Bizarre and as part of Andy Warhol’s Exploding Plastic Inevitable happenings. “We had a rule in the Velvet Underground: no blues licks,” Reed told Guitar World in 1998. “There were people who were really good at that. But that’s not what we were about.”

Instead, they rapidly coalesced their sound into a rule-breaking blend of art-music experimentation, visceral rock ’n’ roll and streetwise literary lyricism that could be brutally atonal one minute and fragile and melodic the next: and at its heart was the axis of Reed and Morrison’s guitar pairing, with Cale alternating between viola, bass and other instruments, backed by the simpatico primitivism of Maureen Tucker’s drumming (there also were a few blues licks, but that’s by the by). 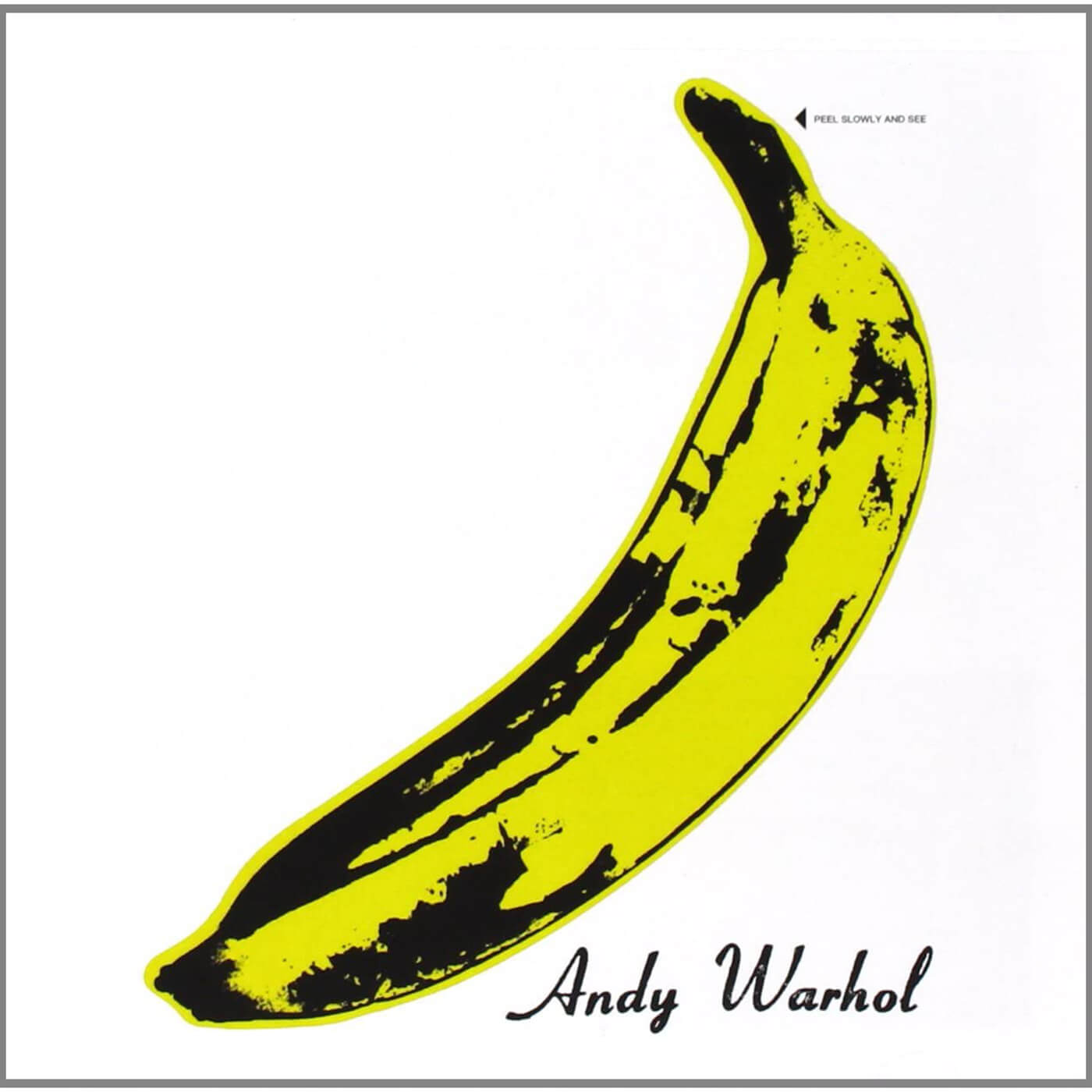 Guitar-wise, every one of the album’s 11 tracks has a burst of invention. On Sunday Morning, Reed’s country-folk guitar break has a luminous, comedown strangeness to it, thanks to its slackened strings (several of the album’s songs were in downtuned standard tuning, perhaps to help accommodate Cale’s viola). I’m Waiting For The Man sees Reed build tension with expressive snarls of open strings driving his train-like, distorted rhythm part behind Morrison’s hypnotic, bluesey cycling lead motif. By way of contrast, Femme Fatale’s intro creates the song’s unresolved feel by using contrasting guitar tones, Reed’s rolled off, claustrophobically bassy Cmaj 7 and F maj 9 chords looming behind Morrison’s trebly, static arpeggio.

While the demonic whiplash of Cale’s electric viola dominates Venus In Furs, alongside it are two guitar parts from Reed, one spelling out the ‘chorus’ section in downstrokes, the other a psychedelic, Middle Eastern-inflected droning chord-melody line resulting from his ‘Ostrich’ tuning – a ‘trivial’ tuning where all of the guitar’s strings are tuned to the same note. This was a trick that Reed had picked up from guitarist Jerry Vance and subsequently “filed away”; it also makes an appearance later on in the album, on All Tomorrow’s Parties.

On Run Run Run – one of rock’s most gloriously out-of-tune songs – Reed introduces us to Margarita Passion, Beardless Harry et al over Morrison’s queasy blues rhythm tuned down to D, before unleashing a feral, freeform solo combining squeals of feedback, John Lee Hooker-esque boogie, buzzy tremolo picking, random string bends and god knows what else. At one point, he even detunes his high E string to B mid-solo, while still frantically picking it, which is surely a first.

Warhol favourite All Tomorrow’s Parties finds Reed scratching out a sitar-like drone melody in his Ostrich D tuning on a Gretsch guitar with the frets removed, while John Cale hammers away at a ‘prepared’ piano with paperclips entwined in its strings to alter the tone – again, all in a day’s work.

Meanwhile, on album centrepiece Heroin, Reed and Morrison show just how much can be done with two chords. Every instrument reflects the subject matter: the rhythm-guitar interplay moves through a cycle of repeated rush and release towards its crescendo, Cale’s electric viola descends to hell and back and Moe Tucker’s heartbeat drum accompaniment temporarily stops and restarts.

Even There She Goes Again – the most conventional of the album’s tracks – finds the time to launch into a raunchy rock ’n’ roll lick at 1:54 that a lesser band would’ve happily used as the basis for a whole song, while the guitar interplay at the foundation of Femme Fatale is revamped for I’ll Be Your Mirror, embroidering Nico’s icy delivery with a regal, shimmering melody part shadowed by a restless bassline from Cale.

The album’s penultimate song is also its most musically sophisticated experiment. The Black Angel’s Death Song is a Dylan-esque folk musing refracted through the Velvet Underground’s arty filters, with each instrument (including Reed’s vocal delivery) marching to its own independent rhythm.

Finally, European Son, a freeform jam around a propulsive bassline, quickly collapses in on itself to hover around an event horizon of feedback and six-string depravity that points the way to the explorations of follow-up album White Light/White Heat. Cale told Uncut “It was a big rave noise, fantastic for ending a show with. For the LP, we dragged a chair across a floor over some aluminium studio plates. We didn’t know what we were doing but it sounded funny. It sounded like a plate glass window being smashed. We wanted to break the rules, so we broke every fucking rule we could.”

The Velvet Underground And Nico opens with the saccharine music-box tinkling of Cale’s celesta and closes with a clatter of abused instruments amidst a rumble of feedback, with its 11 tracks covering every sonic possibility inbetween. Few records before or since could accommodate, say, the hushed and fragile capo’d chords of I’ll Be Your Mirror and the ballistic freakout of guitar violence in European Son without blinking: on an album containing many contrasts, arguably the starkest of all is the discrepancy between the brittle and beautiful and the elemental and chaotic in its guitar parts.

The album’s six-string innovations are understandably overlooked, thanks also to the quality of Reed’s later collaborators – among them Doug Yule, Mick Ronson, Steve Hunter and Dick Wagner. But regardless of its place in rock ’n’ roll’s wider mythology, even from a purely guitar-centric viewpoint, The Velvet Underground & Nico remains a stunning listen.