Award-Session is a British institution in the field of analogue solid-state amps… but can you really replicate the sound of a tweed Fender Deluxe without valves? 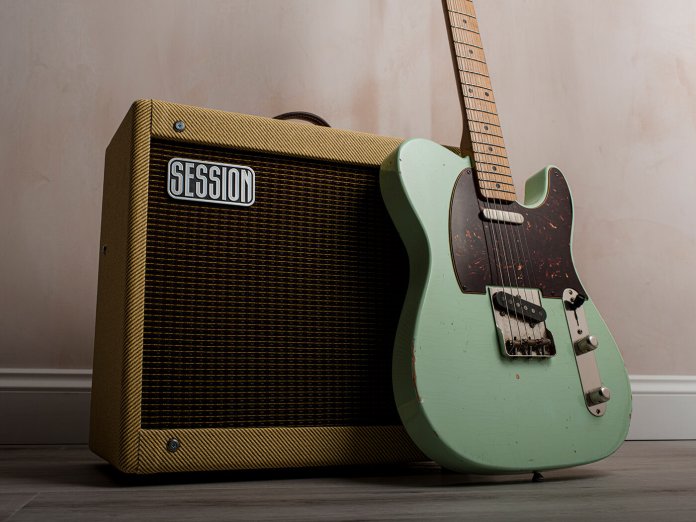 The 5E3 version of the tweed Fender Deluxe is one of the most revered and imitated guitar amplifiers of all time – but that imitation is usually attempted with either handwired valve circuitry or digital modelling. Award-Session’s take on this iconic circuit uses neither.

You might think analogue solid-state amps got left behind by the digital revolution, but on the evidence of the last Session amp we reviewed – the BluesBaby 22, back in 2016 – this technology is evolving in its own, highly musical way. And now the Hampshire-based company claims to have nailed the magic of tweed in the compact and lightweight form of its new 5E3-Extra combo.

Session main man Stewart Ward tells us the creation of this amp was a lockdown project, moving from conception to completion in just eight weeks. It’s a far cry from the long-term marketing strategies that drive the big makers’ product launches, and a reassuring reminder that the UK gear industry is still home to passionate boffins. 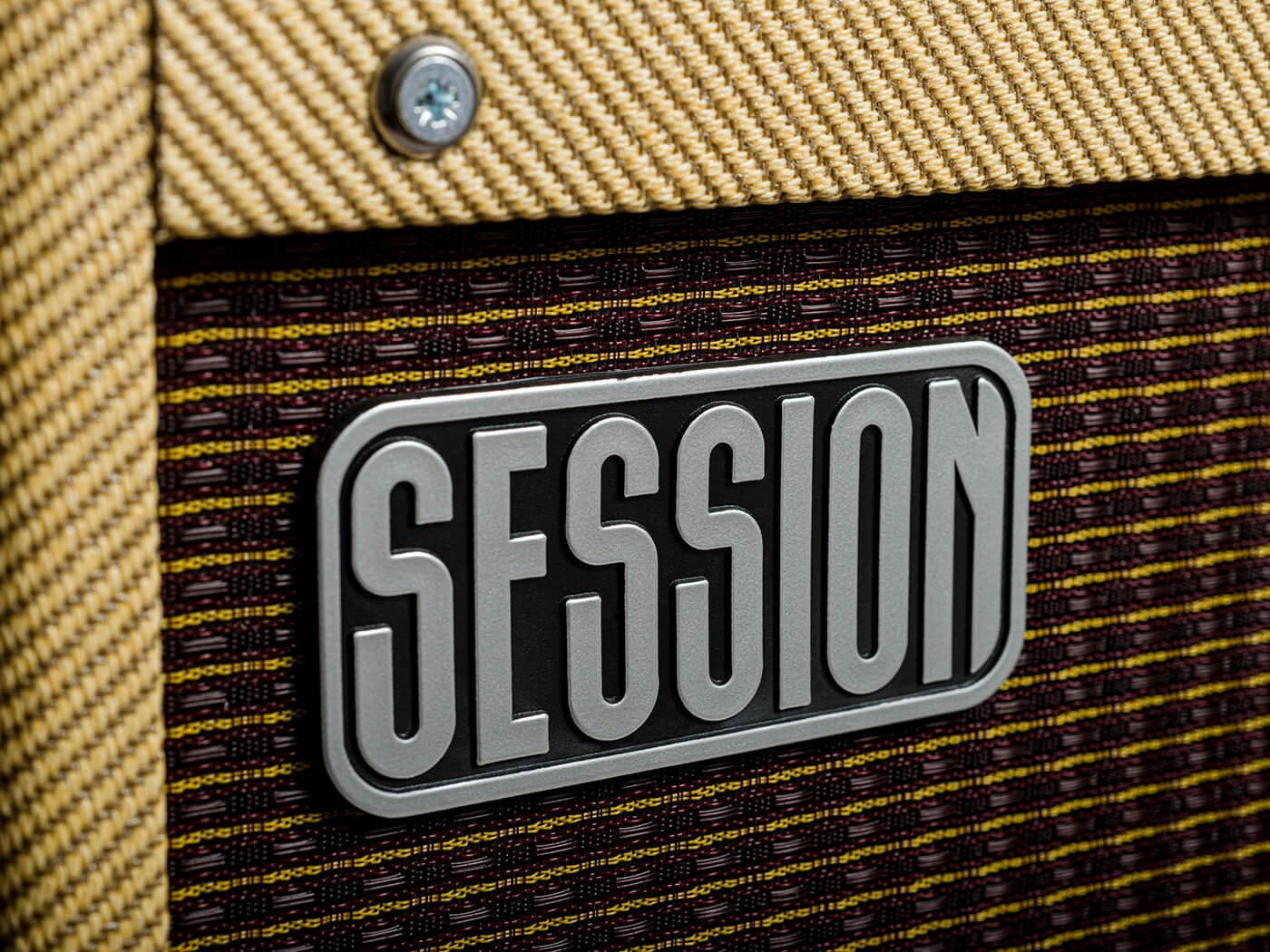 So what has changed to keep this tech relevant? The big innovation of recent years is ‘constant current drive’ – a kind of feedback loop that allows a transistor-driven output stage to compensate for variations in speaker impedance across the frequency range. What this means is that an amp that doesn’t have an output transformer can mimic the behaviour of one that does. In Stewart’s opinion, this is the real game-changer for solid-state amplification… and judging by how convincingly his tube-free BluesBaby apes the clean and crunchy tones of an all-valve Fender Blues Junior, he’s onto something.

The 5E3 Deluxe, though, is a much greater challenge than the Blues Junior. Launched in 1955, this is one of the amps that defined overdriven guitar – a list of its famous users would probably fill up the rest of this review – and what it’s really famous for is what solid-state amps are famous for not being able to do: thick, smooth, creamy, touch-responsive drive.

It’s worth noting that the 5E3-Extra aims to replicate just the core tone of the Fender original, rather than cloning its entire functionality: it’s a one-channel amp with a single input, there are separate preamp and master volume controls, and you get the bonus of a ‘fat’ switch for chubbing up the midrange – a feature found on the Fender Blues Junior and the Session BluesBaby, but certainly not something Leo was thinking about in the 50s. 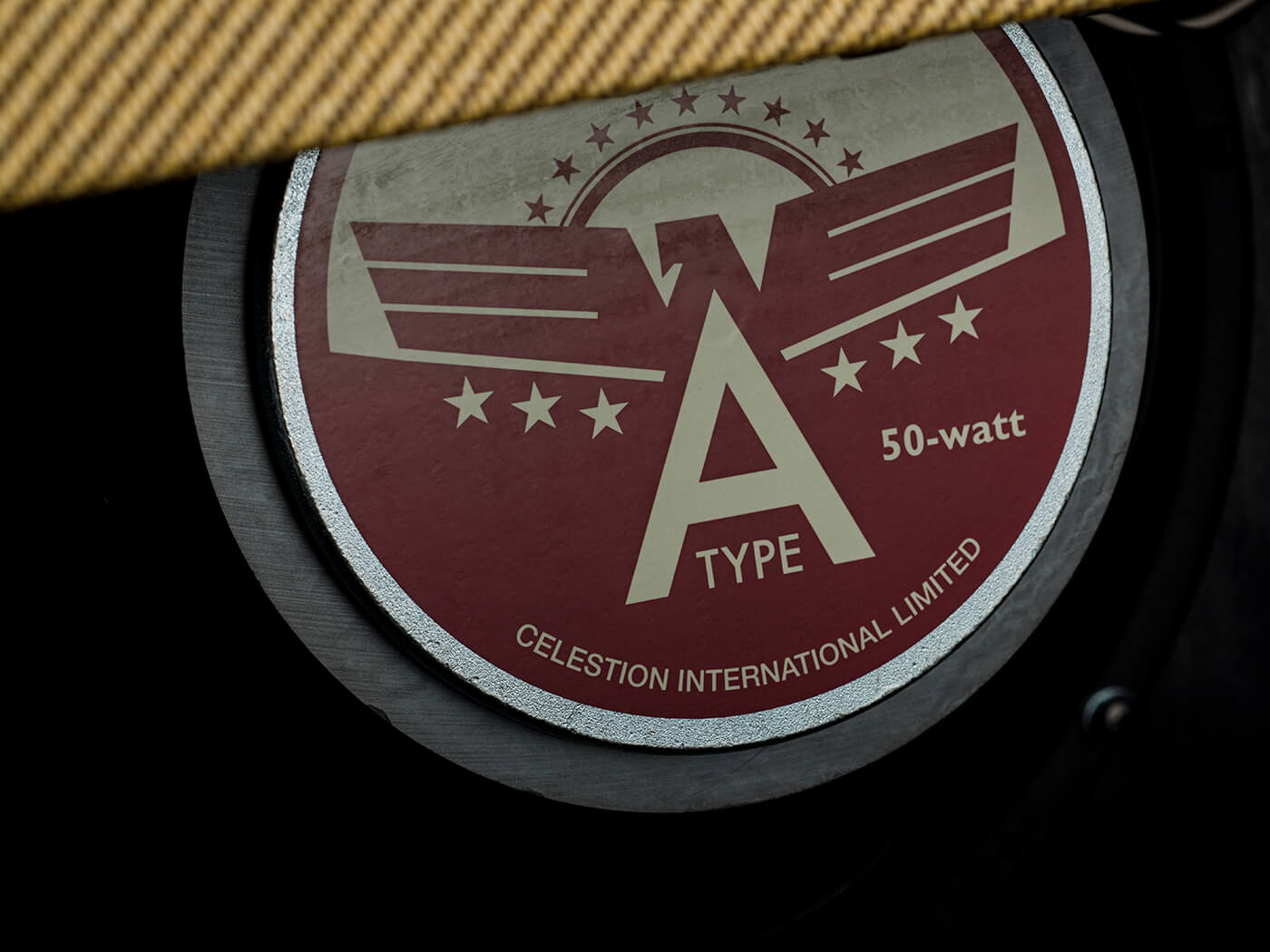 Another modern addition is a toggle switch for limiting the output to seven watts. We’re warned that this won’t make much of a difference at lower volumes – it’s about bringing on the distortion a little earlier, rather than transforming a gig-ready tiger into a bedroom pussycat.

A peek inside the chassis reveals acres of space interrupted by just a couple of small PCBs and a toroidal mains transformer that’s apparently been chosen for its hum-rejecting properties. It’s a tidy build, and the only thing we’d really change would be to space out the control panel a bit – that 7W power switch looks like a squeezed-in afterthought.

The basic 22-watt amp is available without a speaker, starting at £325, but you can add your choice from a range of 10- and 12-inch Celestions and decide whether you want an effects loop and/or a speaker-simulated DI output. Our review amp has a Celestion A Type and the loop but not the DI; the tweed finish is actually a £40 option, but we reckon it probably sounds just as good in black. 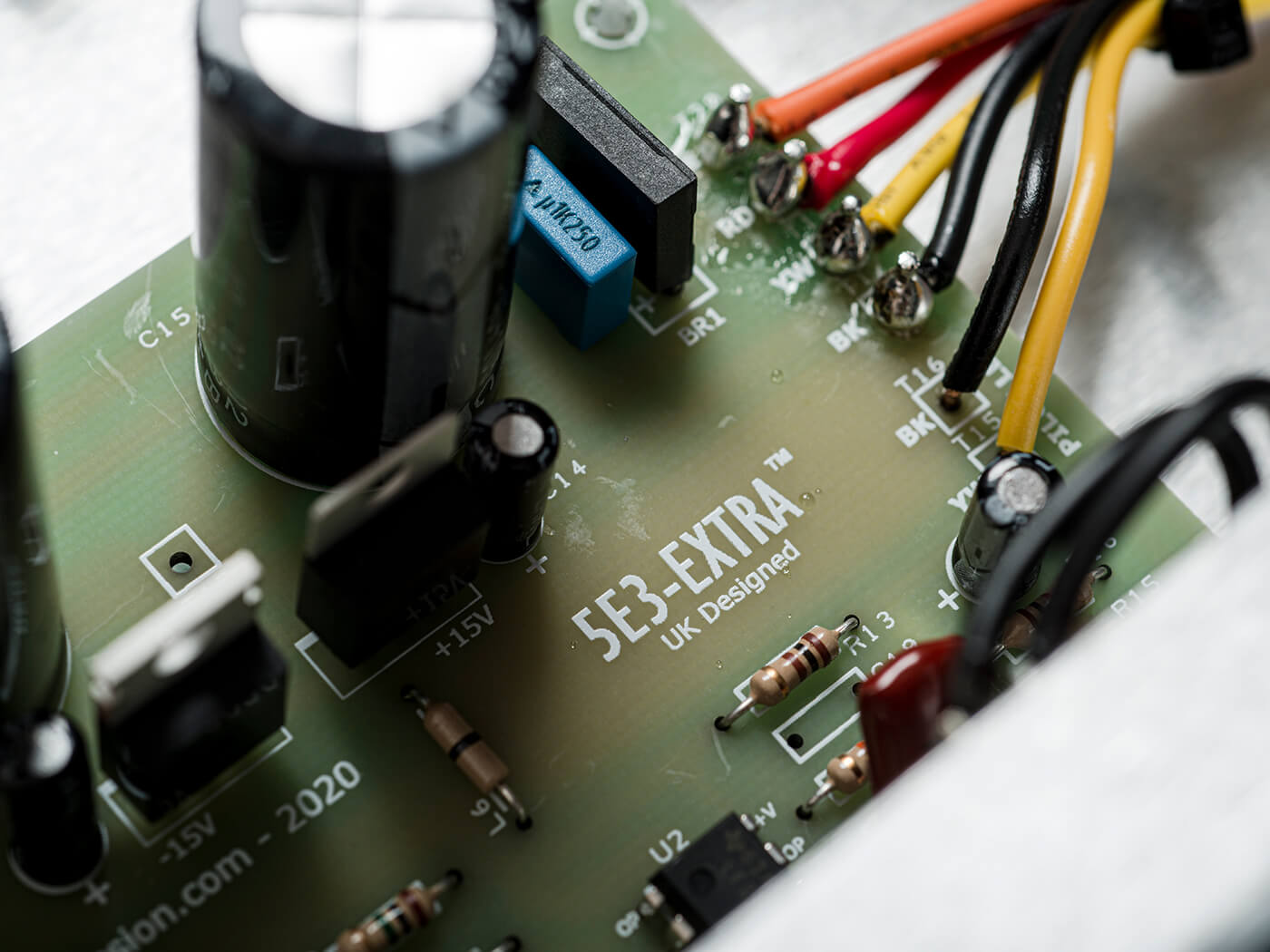 There’s one more option to mention – a 45-watt version – but our initial impressions of the 5E3-Extra 22 suggest few people are likely to need any more power than this. We’re used to solid-state amps with output ratings that would need doubling to compete with valve equivalents, but this 22-watter is most definitely gig-friendly.

That doesn’t mean you’re getting bags of clean headroom, however. With single-coil pickups things stay more or less grit-free until around 10 o’clock on the preamp volume, but the thick midrange is distinctly more tweed than black-panel. By halfway round the dial we’re into full-on crunch territory, and the good news is there’s nothing cold or ‘un-valvey’ about it – the response is firm rather than spongy, and the mids are honky rather than creamy, but this is pure 50s-style overdrive.

Depending on pickups, it’s a simple matter of tweaking the tone control and keeping one eye on the fat switch to maintain a clear, balanced sound with a pleasing thump to the attack on lower notes. The bottom end always sounds a wee bit boxy with chords, but that’s arguably the nature of the cabinet’s compact dimensions and a feature to embrace rather than fight against. 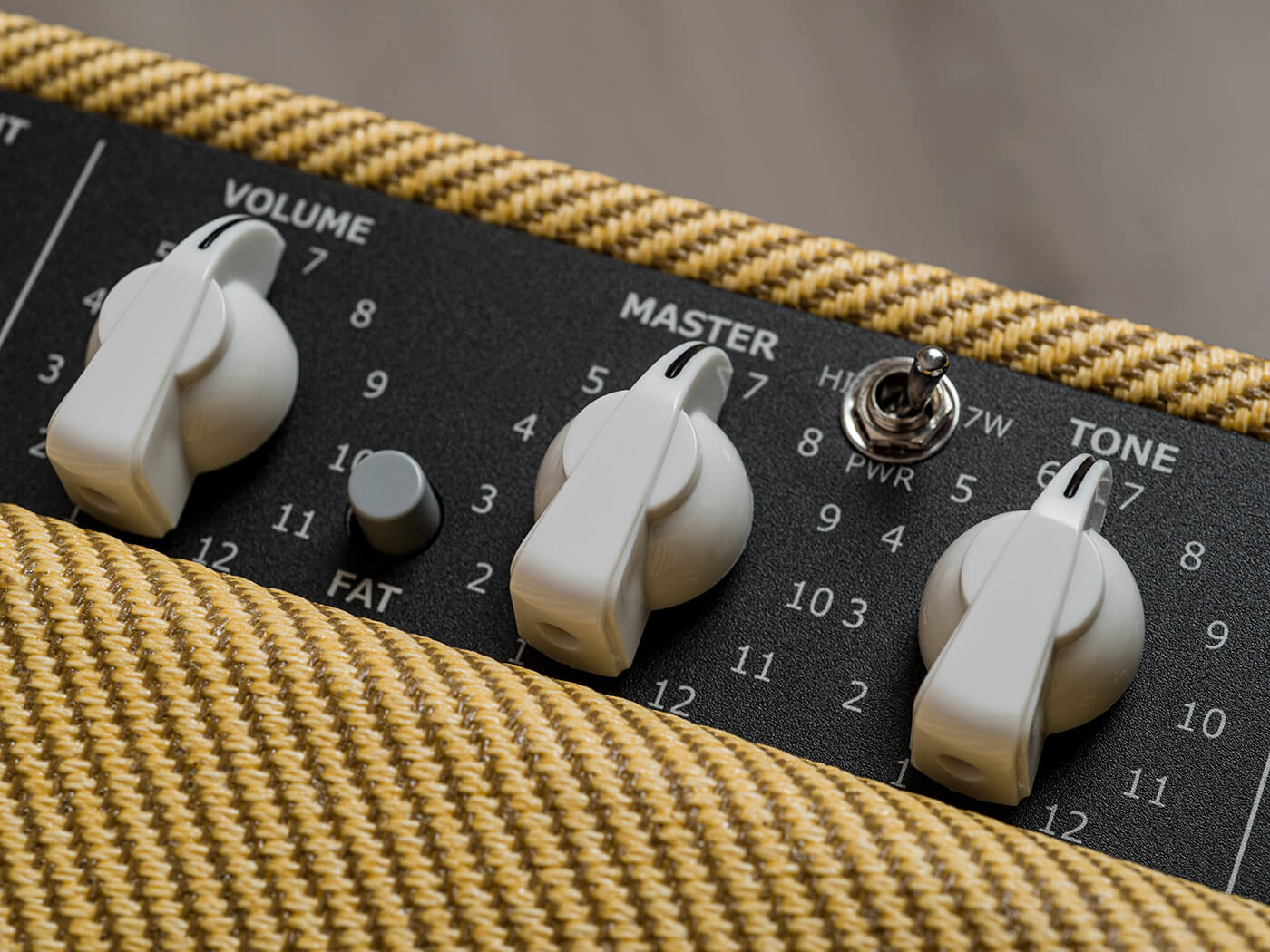 Playing with the two volume controls allows for easy adjustments to the balance between crunch and raw power; it still sounds perfectly ‘real’ with master at halfway or even lower, only going a bit flat when you pull it down below 9 o’clock, which is just too quiet to be much fun. As we were warned, the 7W switch does nothing audible at quieter settings – only when you’re playing at properly inconsiderate levels does it have a role to play, calming things down just a touch with no adverse effect on the overall tone.

So, what happens when we turn both volume controls to full? The short answer is, nothing too frightening. That is to say, it does get seriously gainy, and if you add humbuckers and the fat switch to the mix there’s going to be precious little breathing space in the low end; but somehow, through it all, the little Session never loses control. If you’re a 5E3 purist who looks to amps of this type for squelchy, spluttery chaos, you’re not going to find it here.

For us Crazy Horse fans, that’s ever so slightly disappointing – but when you consider that a lot of players prefer their amps well-behaved, and that this one costs less than £500, it seems churlish to complain. This is a strong performer, and a notable feather in the solid-state cap. 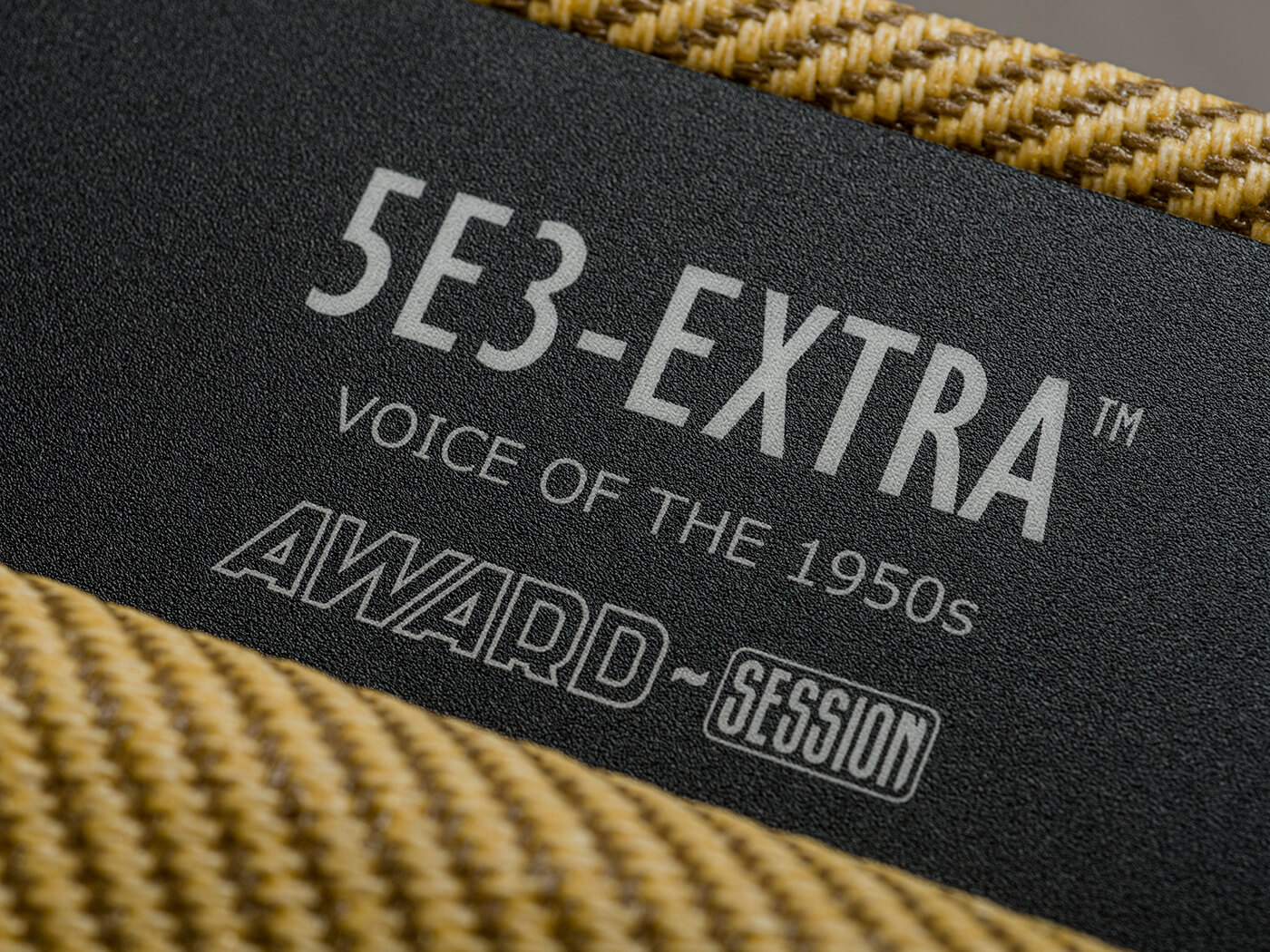