Could EarthQuaker’s humble-looking new overdrive be the understated crunch machine your pedalboard has been dreaming of? 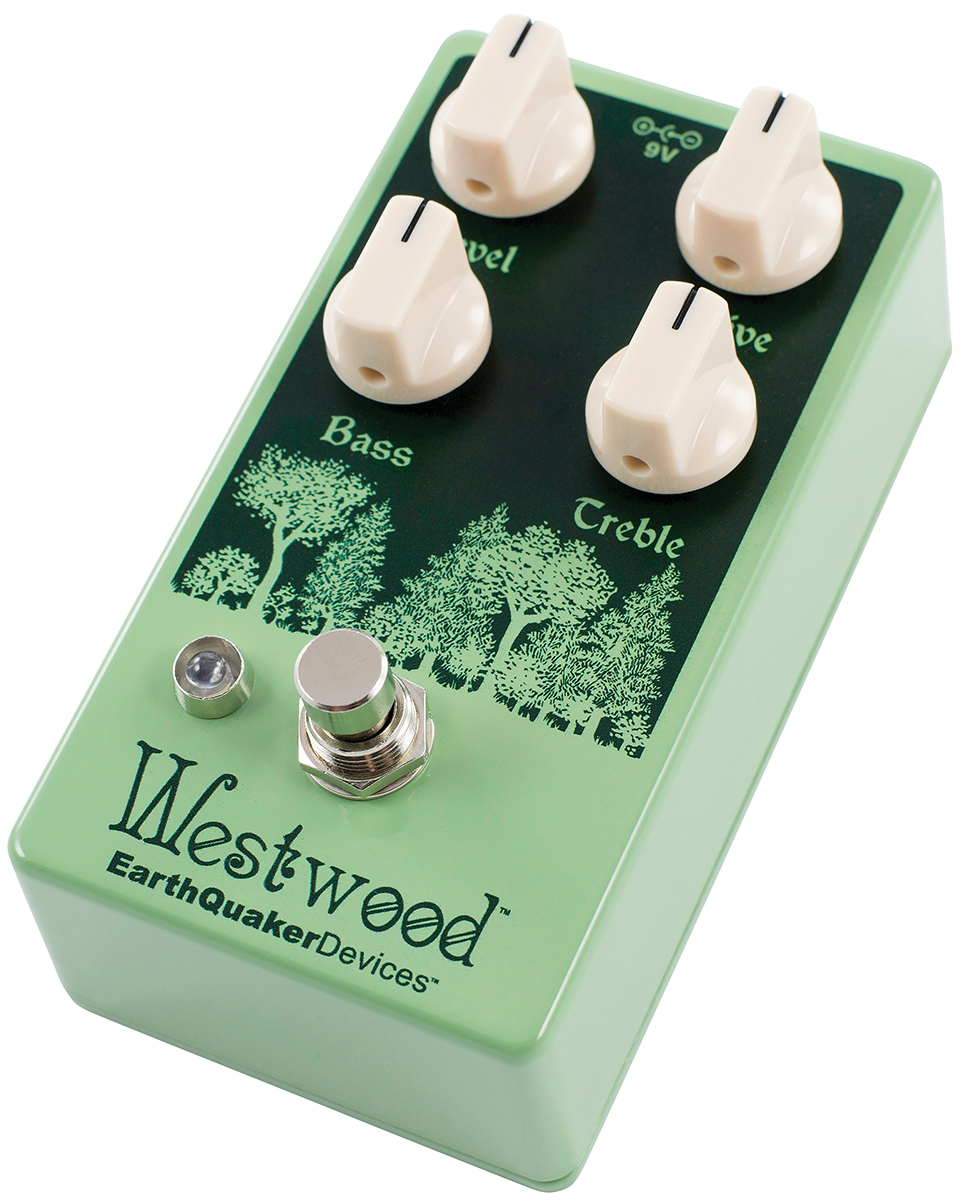 There are too many overdrive pedals and most of them sound more or less the same. Don’t they? Well, you’re certainly not short of choice, but the ‘more or less’ part is important – sometimes it’s in these fine margins that greatness is defined. So yes, the Westwood is another low/medium-gain drive with minimal tone coloration… but if it sounds just teeny bit better than loads of others out there, that’s big.

EarthQuaker planted a big old flag in Tube Screamer territory not so long ago with the excellent Palisades; but while this new unit is more TS-like in colour than that monochrome beast, it’s heading somewhere slightly different in sound. We’re promised amp-like overdrive with supreme purity here, and there’s a twist in the EQ section, which is active: treble and bass can be cut or boosted, with a notch in the central ‘flat’ position. The treble control is working around 2kHz, bass around 80Hz.

Other than that, it’s all pretty straightforward: the other controls are for drive and output level, it’s true bypass, it runs on 9V mains power only, and is built in the USA.

EarthQuaker plays an audacious game of one-upmanship by describing the Westwood as not just a transparent overdrive but a translucent one; and while we’re not sure if that actually means anything different, first impressions are certainly positive. With drive set low and both tone controls notched off, our clean sound is fluffed up around the edges like the perfect roast potato. There’s a slight softening of the midrange spikes, but the top and bottom ends of the EQ curve are pretty much intact.

This is about as touch-responsive as dirt pedals get, and whacking up the gain doesn’t change that a lot… or make the crunch any less rich and valve-ish. The overall frequency response remains mostly neutral, but there’s a sweetness to the mids that’s hugely appealing and distinctly un-Screamer-like.

The EQ controls have been tailored to let you tame spiky single-coils, liven up woolly humbuckers, beef things up for some vintage ‘whump’, or simply fine-tune an already tasty tone to your liking. They handle all of this with aplomb, and are particularly good for keeping things tidy at higher gain levels – no worries here about flubbing out on that big chorus or ice-picking through everyone’s earwax at solo time.

The tastefully squished attack and cool sensitivity of the Westwood make it as addictive as it is versatile, and in A/B tests with a whole bunch of other high-class overdrives – using a variety of guitars and amps – it has an uncanny knack of coming out on top for sheer likability. Don’t dump all your other drive pedals just yet, but maybe translucent really is one up on transparent. 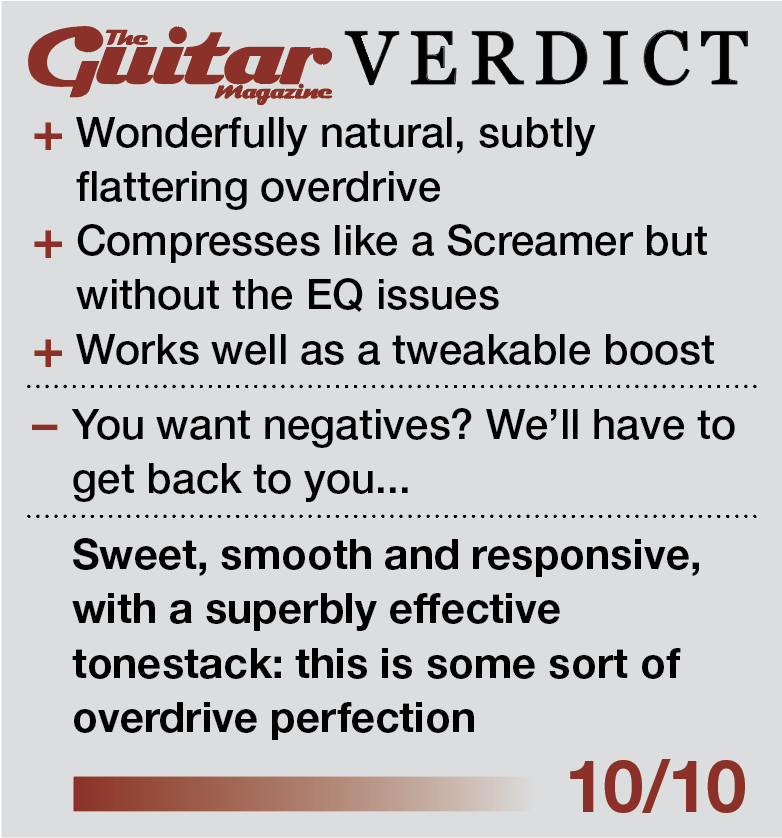