The most famous analogue delay pedal of them all has gone Nano – time to find out if this shrunken Memory Man has inherited its daddy’s unique sonic DNA. 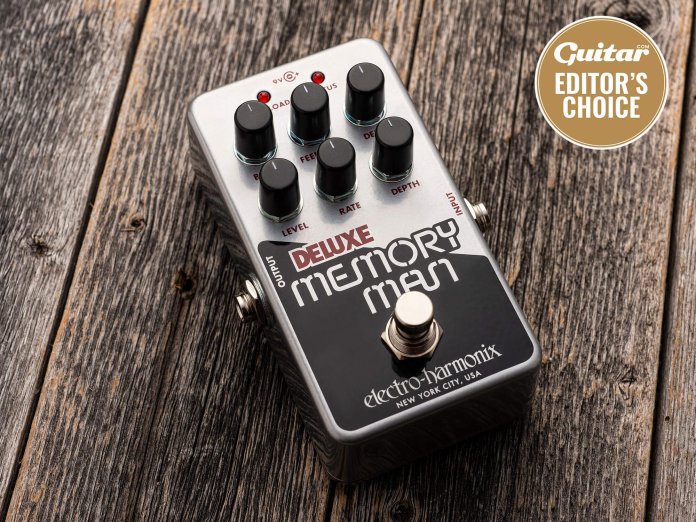 Electro-Harmonix has made some truly great stompboxes down the years, perhaps none greater than the Deluxe Memory Man analogue delay. And when we say ‘great’, we do also mean that in the sense of ‘extremely large’. Here, though, is a fully-featured Memory Man that won’t leave you wondering if you need to swap your pedalboard for a pallet.

Launched on the back of the 1970s solid-state revolution, the DMM was one of the very first delay pedals – and certainly the first with a controllable modulation effect. The good news is, it’s still in production; the somewhat predictable bad news is that purists prefer the old ones. We’re told this latest model’s circuit is as close to the original as it could possibly be, right down to the two MN3005 bucket-brigade chips – previously extinct, now being made again in China by Xvive.

There are a few differences, though. One is the addition of an internal switch for selecting true or buffered bypass, the latter allowing you to hear the repeats trail away naturally after the effect is switched off; another is that it runs on a standard 9V power supply rather than 24V (the operating voltage is bumped up to 15V internally). You’ll need 150mA of current, which isn’t exactly excessive but is enough for EHX to have felt the need to include an adapter in the box.

Finally, as with the most recent evolution of the full-size DMM (plus the smaller Memory Boy and Memory Toy), the maximum delay time has been pushed up: the Nano’s stated limit of 550ms is close to twice that of the original units. That’s a potentially huge practical benefit, whether or not you think the very idea is sacrilege. 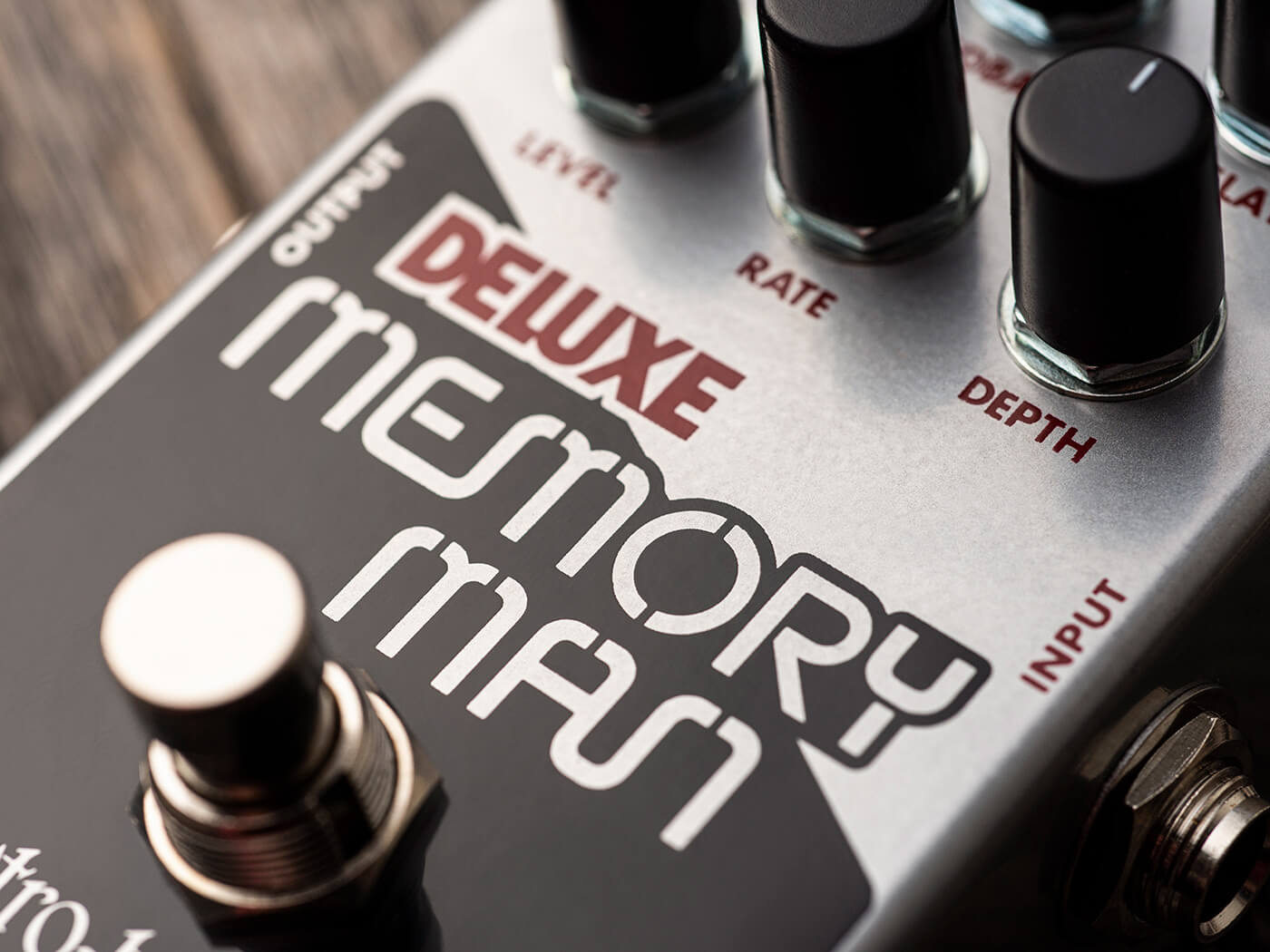 The downside of making things smaller is that they get… well, smaller. This might be helpful for crowded pedalboards, but it’s not so great for the bloated fingers of anyone who started overdoing the mince pies back in October. Like the current big-box DMM, the Nano version has six knobs rather than the traditional five – with separate rate and depth controls for the modulation – and in this teeny format that’s a recipe for fiddliness.

But if you can get over that, there’s a good chance you’re going to absolutely love this pedal. First of all, even with the delay blend fully off and the input level set to match bypass volume, the famous Memory Man preamp adds a lovely bit of tang and sparkle to your dry signal, making this a genuinely viable tone-enhancer before you even hear the delay.

Then when you do hear it, you won’t want to turn it off again. The repeats are much brighter and less mushy than you get with a lot of analogue delays, but with a slightly gritty, rough-edged quality that’s instantly likeable. Push the blend knob too far and the background noise swells noticeably, while longer delay times do bring a certain amount of lo-fi shakiness, but neither of these things is new – and neither is likely to cause problems in a band mix.

Now we dial in some modulation, and the familiar lushness that’s been bewitching players and listeners for four decades is right there. In theory you have a choice between chorus and vibrato, but it’s never been that simple in practice: just call it wobble, and turn the depth down if the pitch-bending gets too woozy. You can even enjoy modulation without repeats if you set the feedback and delay time to zero – thus the words ‘Echo/Chorus/Vibrato’ on the enclosure of the original DMM. As pure chorus it has a slightly metallic quality, but it’s pretty nonetheless.

You may have noticed that we’re smitten with this little thing… but we do have one more criticism, and it’s a potentially important one if your must-have feature list includes delay trails. Yes, it’s easy enough to flip that internal switch so the effect doesn’t shut off abruptly when you stomp on the footswitch, but in the case of our review unit there was a distinct ‘pop’ on the first repeat after bypassing. Loud enough to be gig-ruining? Maybe not, but certainly loud enough to be annoying once you’ve noticed it.

Never mind the flaws, though. We’ve tested a lot of delays both analogue and digital that have tried to emulate the magic of the Deluxe Memory Man, and some have come close, but there’s a transcendent musicality to this pedal that leaves you in no doubt you’re in the presence of the real thing. It’s not a large pedal, but it’s definitely a great one. 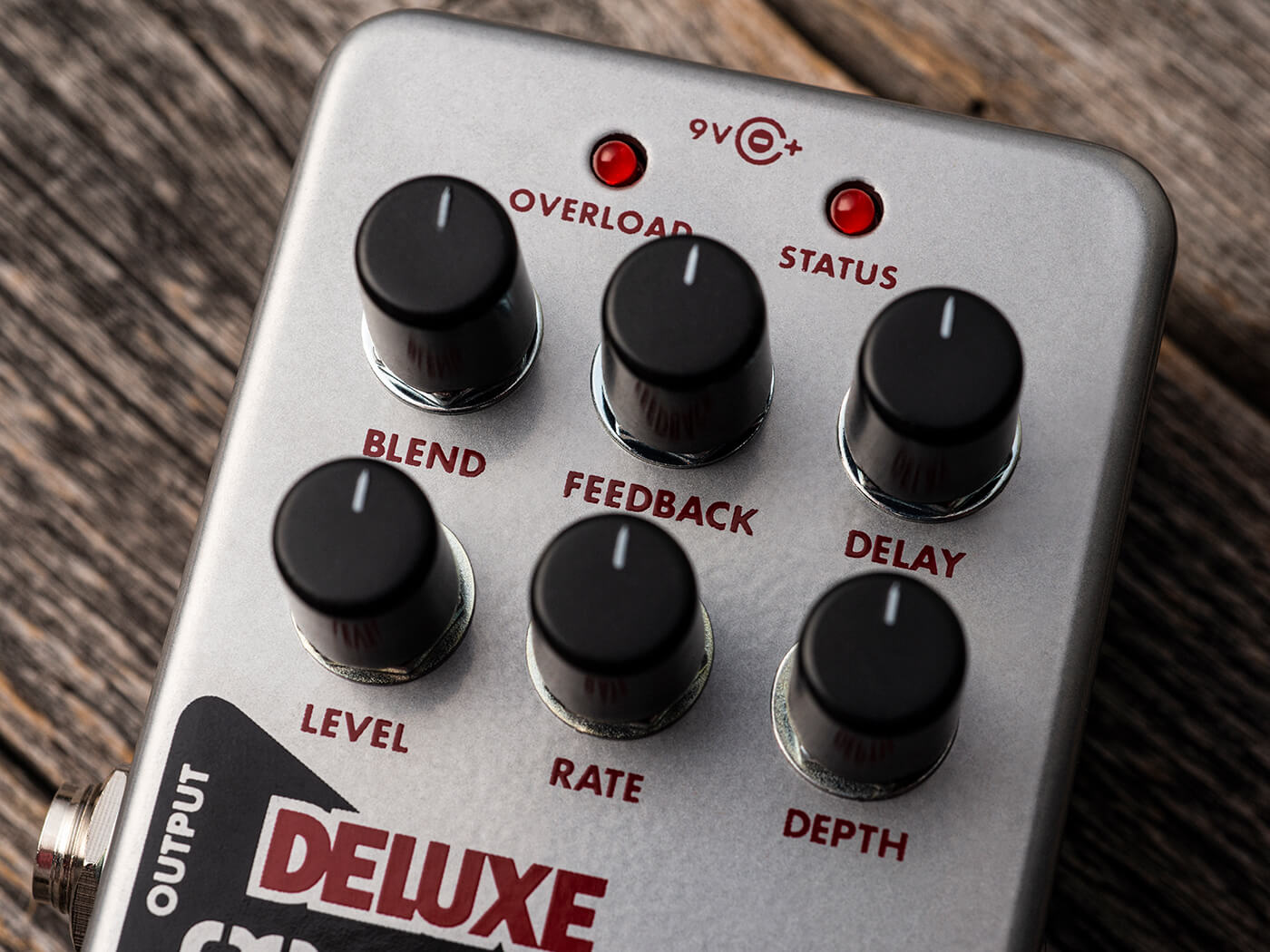