This Montreal-made triple booster has much more to tempt us than just appetising graphics. 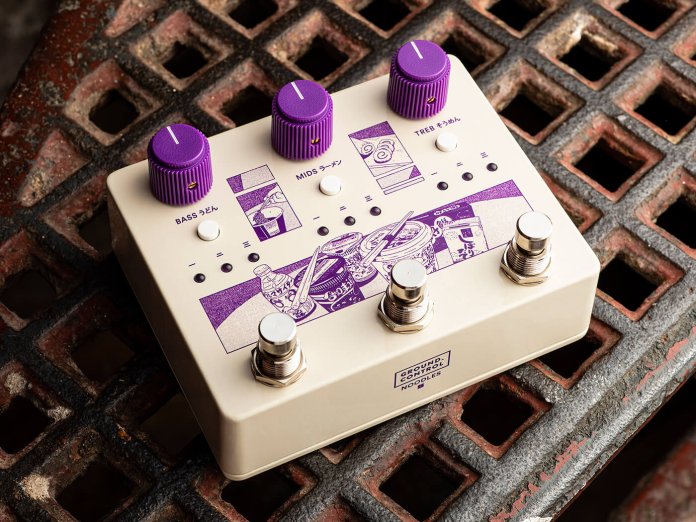 If there’s anything more appealing than tonal flexibility, it’s probably noodles. So fair play to Ground Control Audio for adorning its latest boost pedal with a selection of tasty Japanese snacks.

This is the Noodles three-band active EQ/booster, and we’re even more piqued by its sonic potential than we are by its oh-so-cool graphics: it’s three separate boost circuits in one box, each operating on one of three frequency bands selected by a push-button below its output level control.

Based on the preamp circuitry of the Amaterasu and Tsukuyomi devices that we reviewed back in 2019, this unit offers you a choice between bass, middle or treble boost… or any combination of two, or all three at once. Factor in those selectable centre frequencies and that adds up, according to Ground Control, to 64 possible tonal combinations. Feel free to do the maths if you want to check that – we tried and our brains got indigestion. 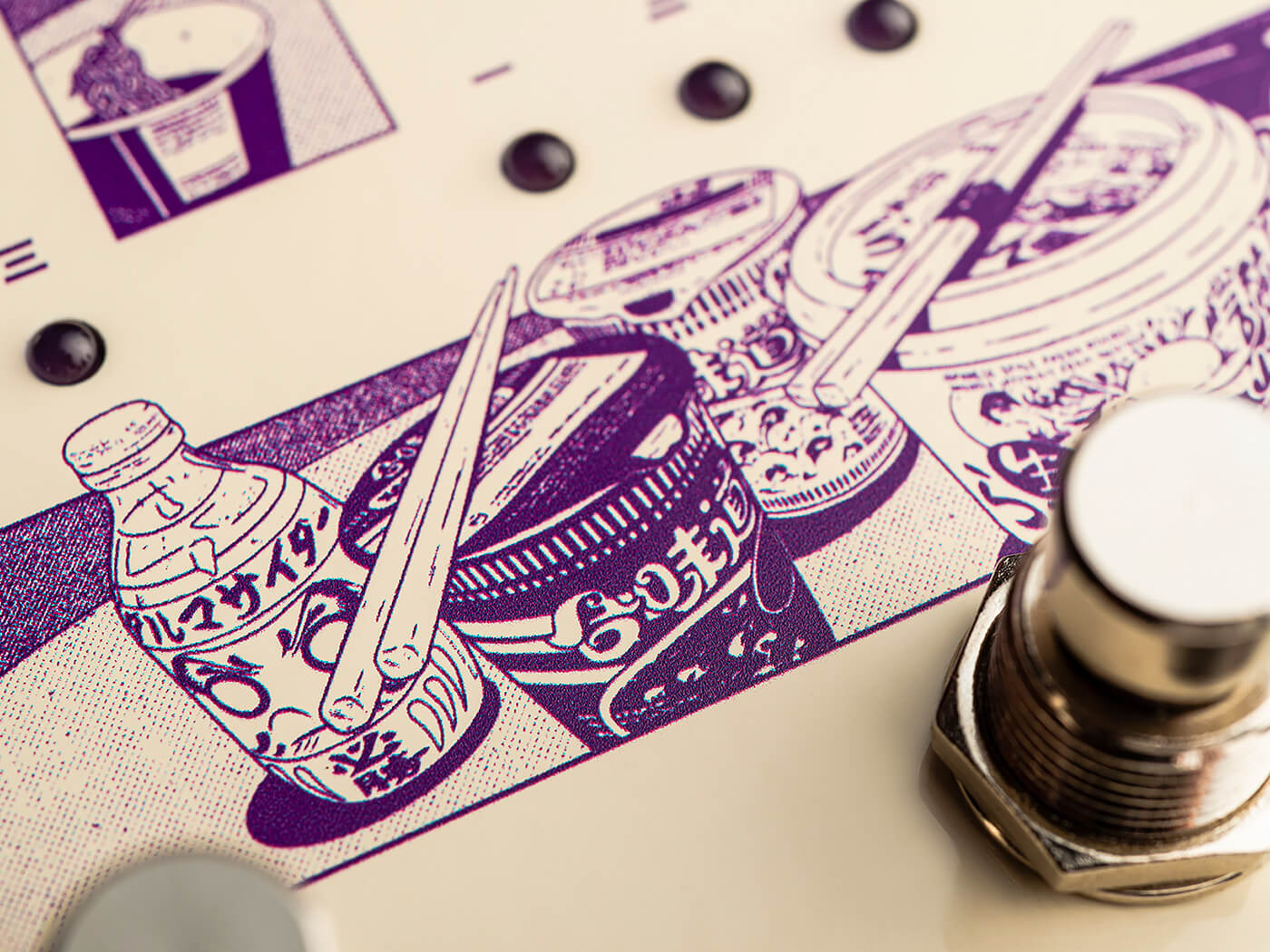 The nine Hz bands are detailed on Ground Control’s website so we’re not going to list them here, but given this Canadian stompbox specialist’s record you can probably be confident that the frequencies and bandwidths have been chosen for maximum musical goodness. Obviously this is an analogue pedal, but it apparently uses digitally-controlled routing to ensure all three boosts are blended equally with the unaffected dry signal. 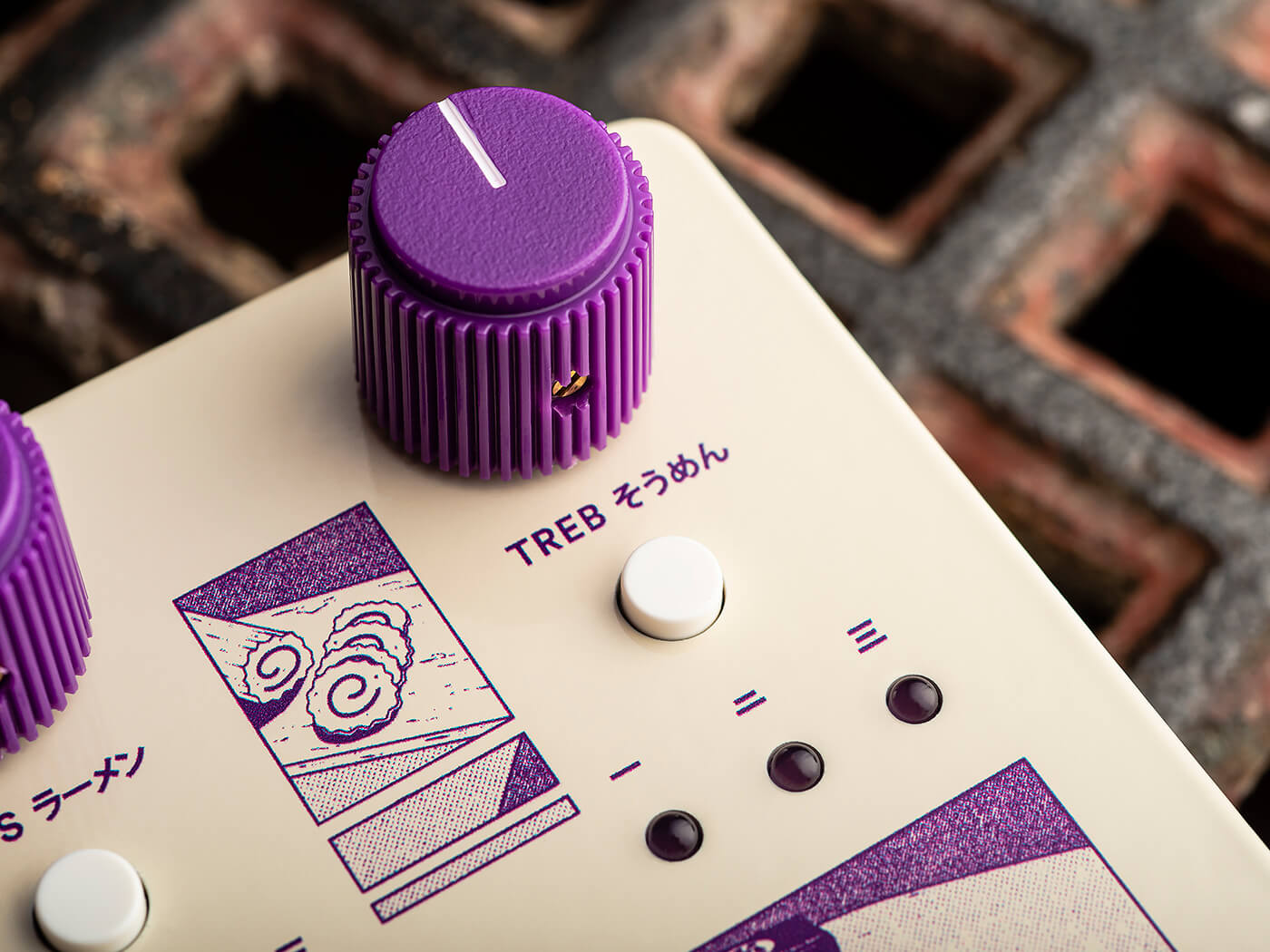 Don’t worry, we’re not going to describe all 64 settings in minute detail. The key thing to know is that, in terms of those nine boosts and the available combinations thereof, the Noodles does not hold any unpleasant surprises.

All of the frequency bands have been calibrated to offer powerful and sometimes transformative shifts in tonal colour – from an earthy thump at the very bottom (40Hz) to a hyper-refreshing zing at the top (6KHz), via three flavours of incisive midrange bite.

Mixing two or all three of these very different boosts always seems to work well, and if nothing else, what the Noodles offers is an effortless way to soften the contrast between different guitars – say, adding some chime to a beefy Les Paul or filling out the low end of a spiky Tele, or indeed both – which could come in very handy for some gigging players.

All of this adds up to what might well appear to be the ultimate multi-band boosting system… but there are a couple of minor functionality issues to bear in mind before you get carried away and order a dozen. 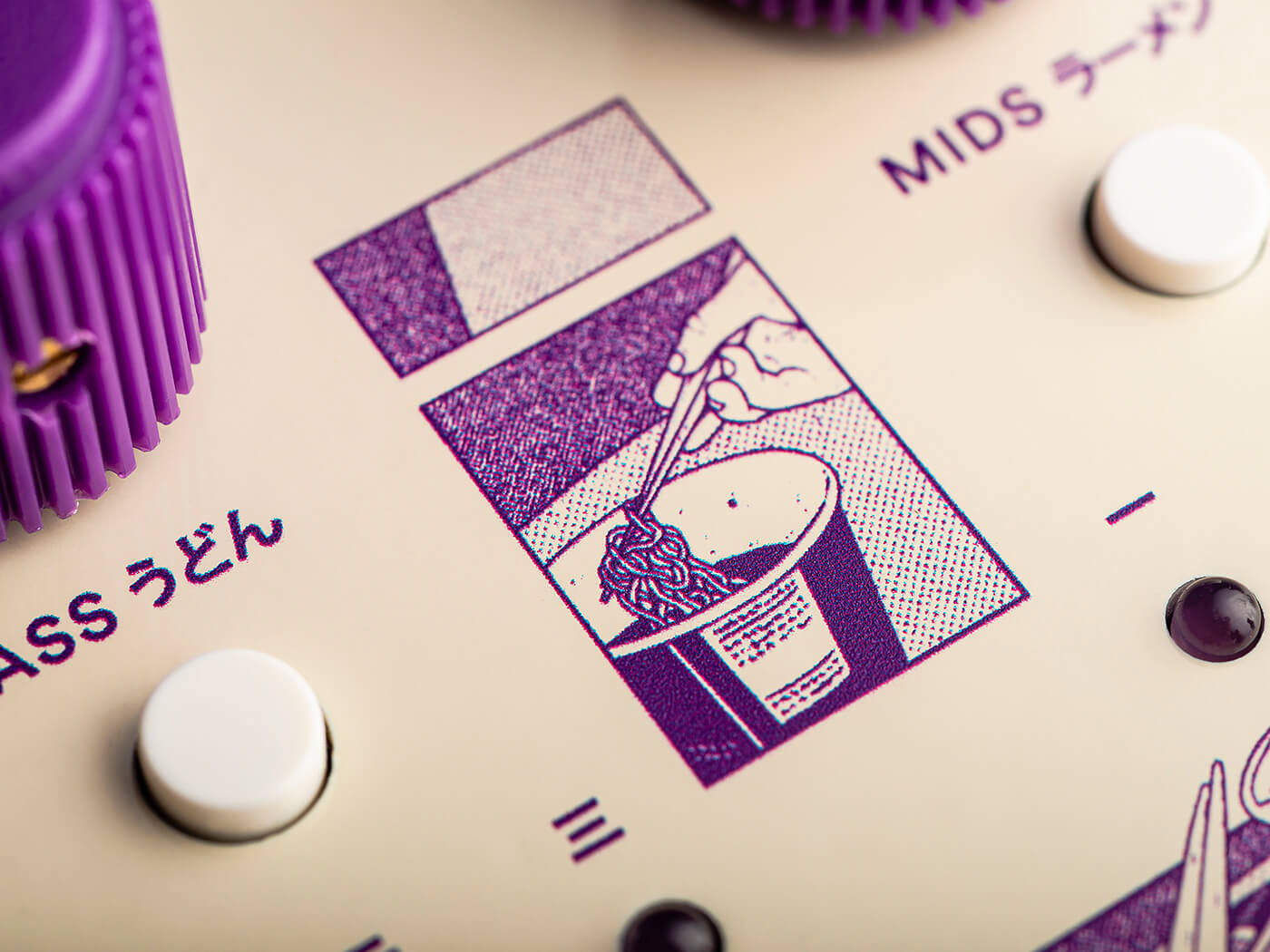 Firstly, the purple LEDs that show which frequencies are selected are also status indicators, so you’ve no way of knowing where a boost is set until you switch it on. And secondly, look at the spacing of those three footswitches: tapping on either of the outsiders is easy enough, and you might even be able to nail all three if you play in clogs; but engaging the mids boost alone requires the precision footwork of a prima ballerina.

Those are both understandable compromises rather than design howlers – and if neither feels like a deal-breaker, then the Noodles might just be the all-round booster you’ve been waiting for. 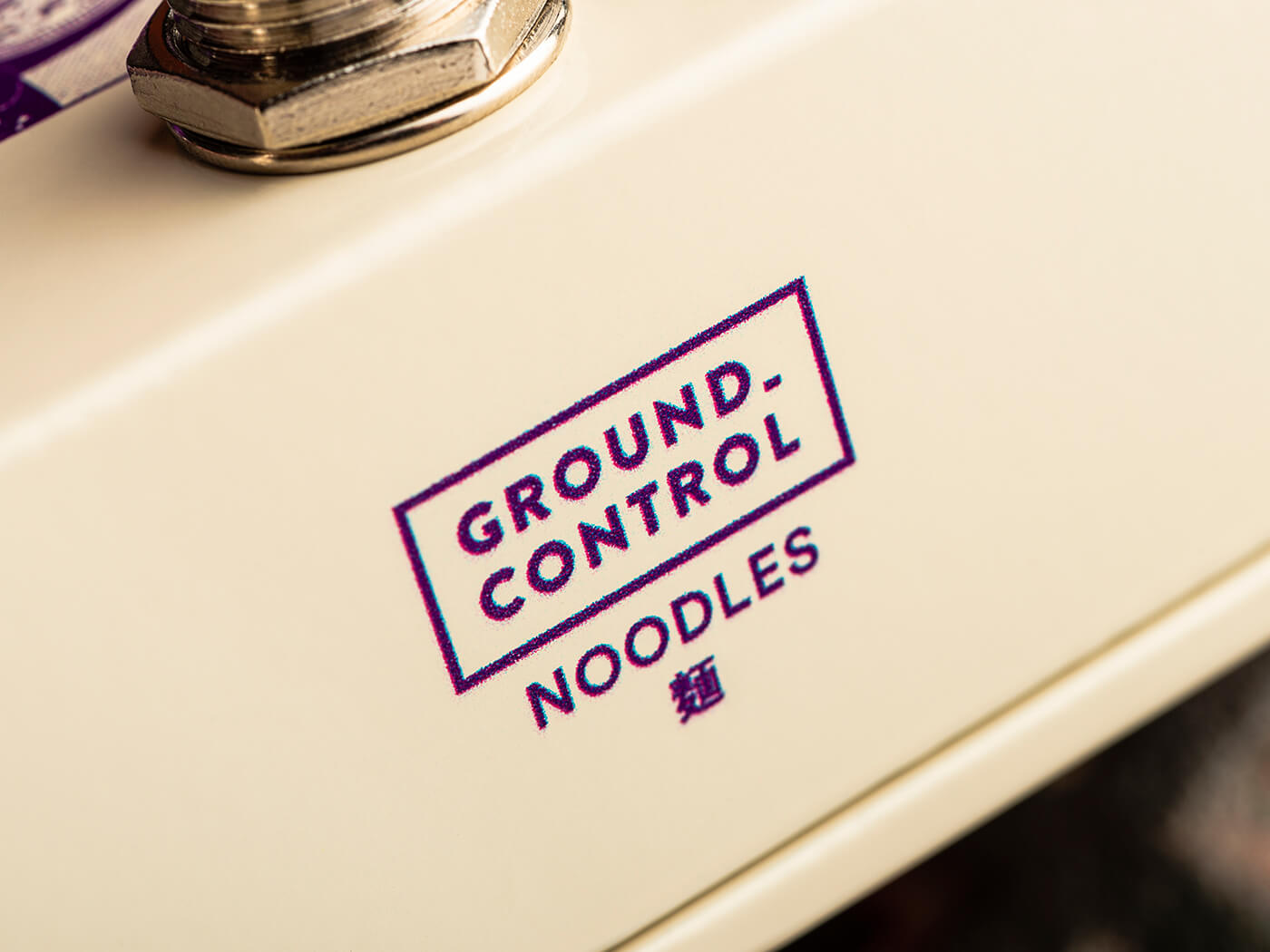