These Canadian-built pedals were designed by proper scientists using technology mere mortals couldn’t even hope to understand. Time for our ears to have a lesson in molecular electronics… 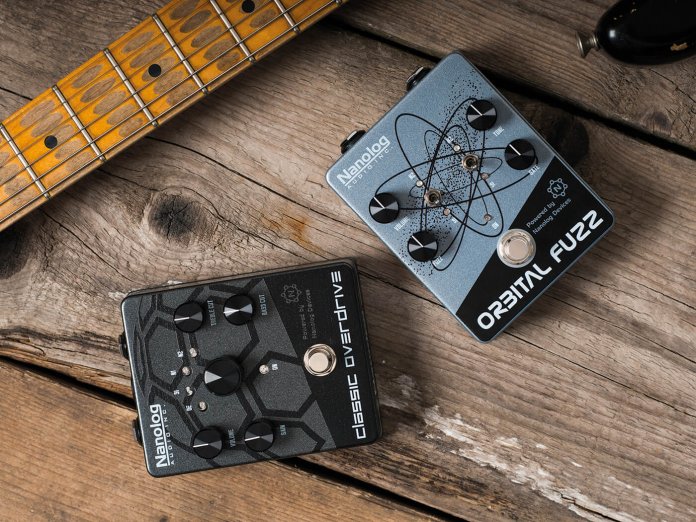 You know what the problem with modern overdrive and fuzz pedals is? No, neither do we. There are thousands of the things to choose from these days, in all styles and price brackets. This is a great time to be a fan of dirt-generating stompboxes.

Yet we’re excited about these new devices from a Canadian company called Nanolog Audio. There’s genuine boffinry at work: Nanolog was founded by two senior PhD research officers from the National Institute For Nanotechnology in Edmonton, Alberta, who are not making ordinary stompboxes.

We make no apologies for copying and pasting some of the next bit from Nanolog’s website, because it’s in-depth stuff and we’re not physicists. The heart of these pedals, described as “a major breakthrough in analogue technology”, is a carbon molecular junction that “conducts voltage and produces clipping characteristics in enhanced and novel ways”. The tech is called ‘quantum tunnelling’, and involves sending a signal between two conductors via a layer of pure carbon molecules.

Nanolog’s technology has been available since 2016 in a collaboration with Canadian pedal maker Dr. Scientist: the Heisenberg Molecular Overdrive. Dr. Scientist describes its molecular junction as “a new kind of diode that saturates in a slower, smoother, more pleasing way than conventional silicon diodes”.

This, then, is the same tech in a new range of stompers under Nanolog’s own name. Helpfully, both the Classic Overdrive and the Orbital Fuzz let you switch between molecular and conventional clipping, which should make for some interesting comparisons. In the case of the drive, this means two carbon options, plus germanium and silicon; with the fuzz, there are two gain stages (in series) that can be flipped independently between carbon and silicon.

The pedals look suitably scientific and are built using sturdy aluminium enclosures. Our only worry is over the control knobs, whose plastic shafts poke up from the circuit board without being secured to the top. 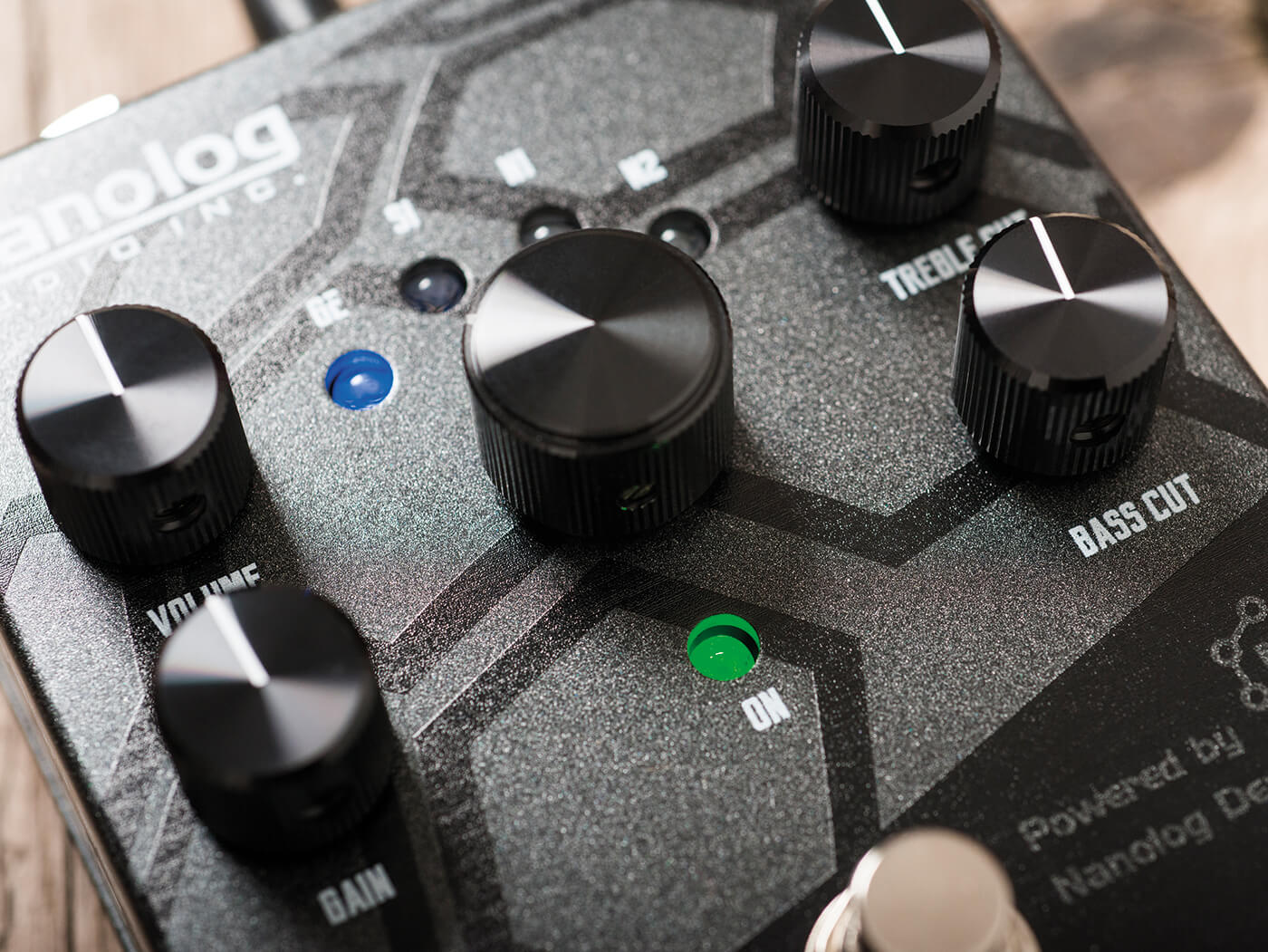 We’ll start with the Classic Overdrive in germanium and silicon modes before seeing how the futuristic stuff compares. First impressions, with the dial set to GE, are of an extremely nice transparent drive in the Paul Cochrane Timmy mould: the distortion itself is tastefully tweedy, the highs are crisp and the lows are full, but not bloomy.

Flipping over to SI mode, the overall character of the overdrive doesn’t change but there’s a jump in pick-attack brightness, as the silicon diodes leap into action. This is a distinctly sharper tone, which can verge on harshness; though you may be glad of the extra presence in some contexts.

Switching to N1 means a 4nm carbon device is doing the clipping – and we really are talking ‘molecular’ here as 4nm is about 20,000 times thinner than a human hair. It doesn’t sound thin, though: what you get is all the warmth of the germanium mode, but with less fizzy saturation, more focus and just a hint of extra touch-sensitivity. N2 mode (6nm) heads back in the direction of silicon, offering more power and bite. 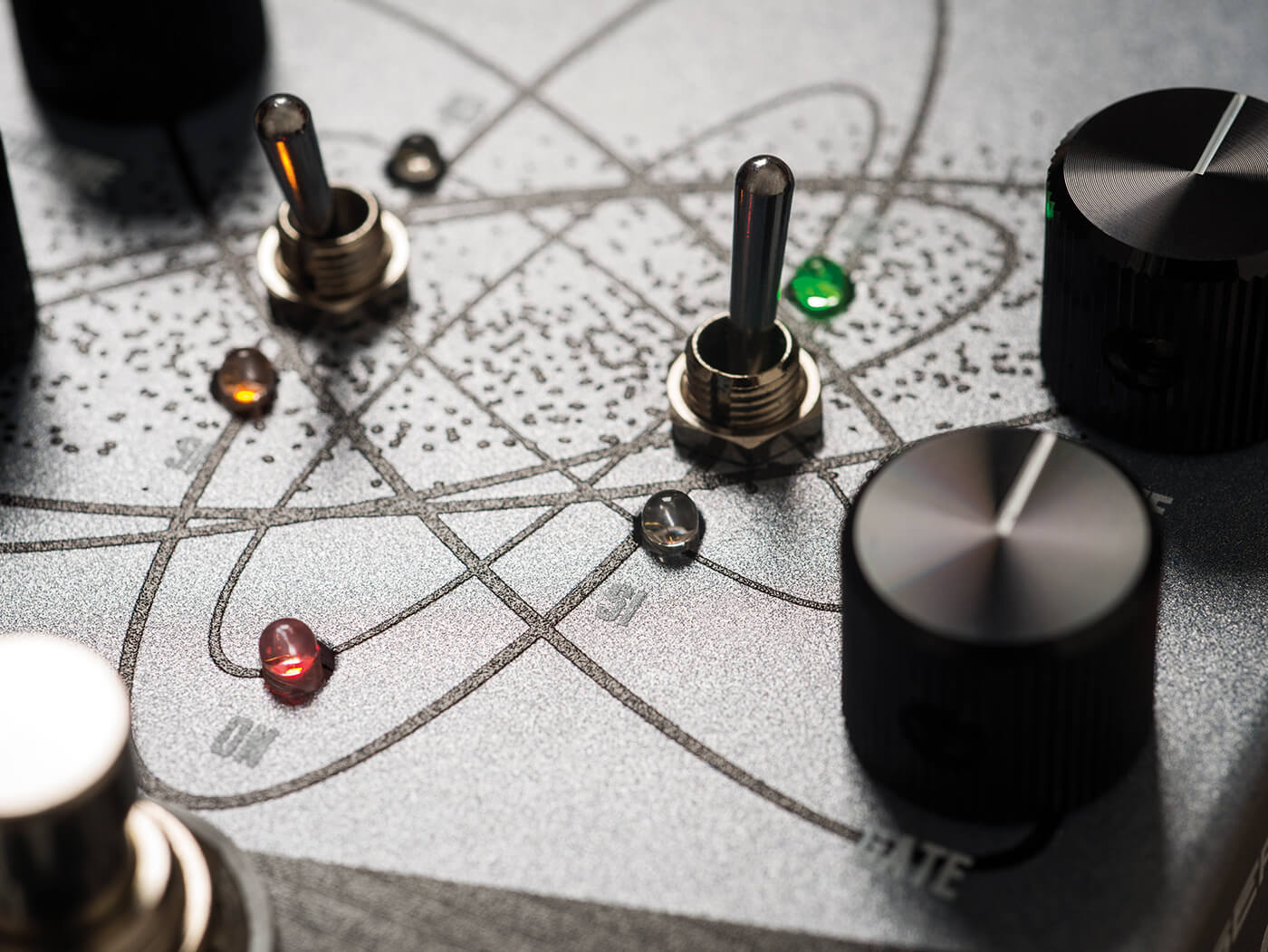 The differences between silicon and carbon are even more pronounced in the Orbital Fuzz. Starting out with both gain stages set to SI, we get a rich and feisty fuzz with enough top end to slice through eyeballs. The tone control can tame that, but this is clearly a snarler… until we flick both switches up to carbon clipping and everything suddenly becomes much, much smoother – and, as with the overdrive, more responsive to playing dynamics. There’s still bags of gain to play with, though, and the ‘hybrid’ switch combinations offer two distinct variants in the middle ground: one rich and full, the other lean and spitty.

That brings us to the gate control, which we’ve had fully open until now. The idea here is to let you starve the fuzz of voltage for dramatic ‘ripping Velcro’ effects – but Nanolog hasn’t really pulled it off. There aren’t enough interesting textures available: nothing much happens until you get to the starvation point and then your tone, rather than teetering on the edge, just vanishes.

But don’t let that one weakness detract from an impressive stompbox. As with the drive pedal, there’s no sonic revolution going on here – but this is a tidy and extremely flexible unit that proves the technology is viable. If other makers take it on, as Nanolog hopes, who knows where it could lead?