If you feel like your stompbox compressor doesn’t give you enough control, this could be the answer to your prayers and then some. 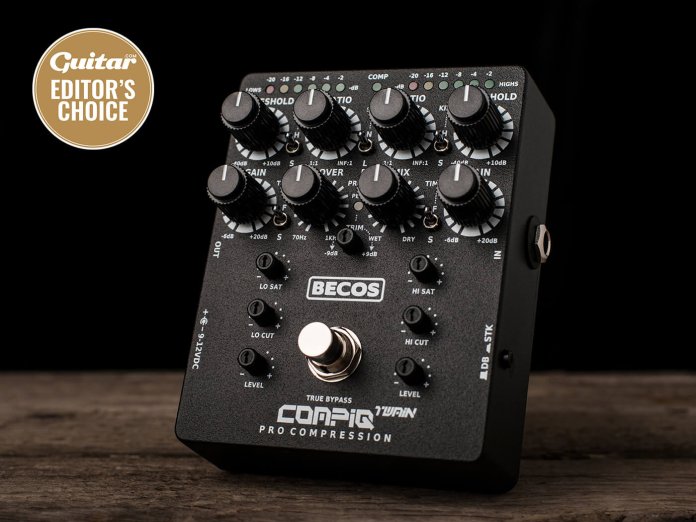 Hailing from Romania’s Black Sea coast, Becos specialises in “exquisite musical tools for the professional musician.” We encountered the company’s formidable Stella unit in 2019, but the Twain – a dual-band/stacked compressor for bass and guitar – offers several additional fathoms of immersion.

Though it bristles with controls, the Twain isn’t quite as daunting as it appears. Each side of the centre line most of the functionality is identical, with lows on the left and highs on the right. Both VCA compressors (processing engines) have make-up gain, ratio and threshold controls, which should be familiar enough, along with independent LED displays to indicate the amount of gain reduction, switches for hard and soft knee operation and timing switches for fast and slow attack and decay times. 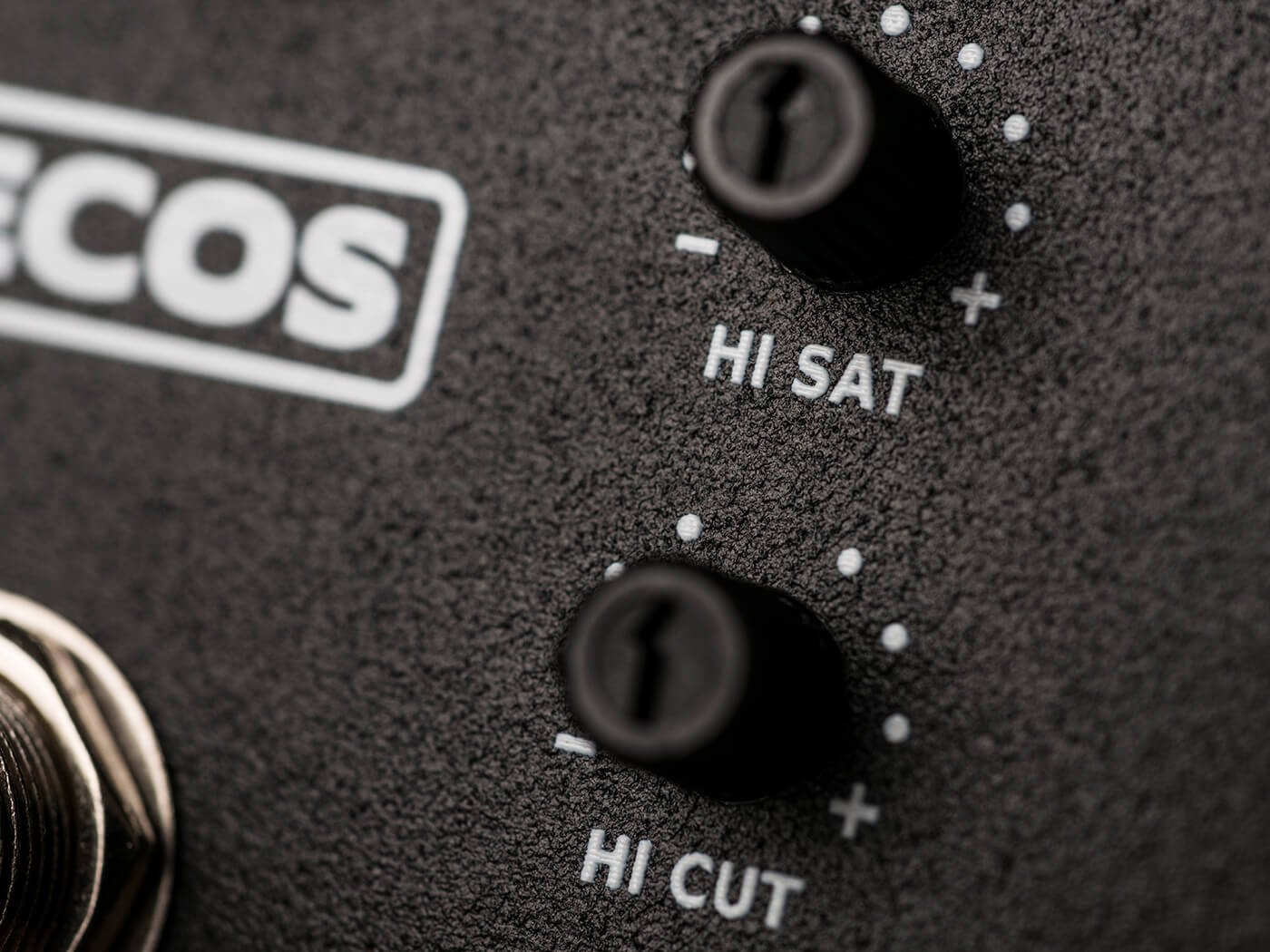 The side chain filter switch only works on the lows, and has three settings to match guitar, bass and the extended depth of five-string basses. Trim ranges from -9 to +6dB and can be used to prevent high-output instruments from triggering compression too early, act as a compression driver or as a one‐knob balancer for the overall compression effect.

The signal passes through a variable‐point crossover in dual band (DB) mode, and the crossover frequency can be selected between 70Hz to 1KHz. Each frequency band is routed to its own compressor before they’re mixed back together. Switching to stacked (STK) mode sends the signal through each compressor in series.

Low and high saturation controls act on the dry signal – post crossover – to simulate tape compression. It’s intended to fatten the sound with harmonics when blended with the compression signal and, counterintuitively, prevent bass fuzziness. High- and low-cut filters can also be applied to the dry signal – post crossover – to help the saturation blend in and also compensate for frequency anomalies that the compression may induce. 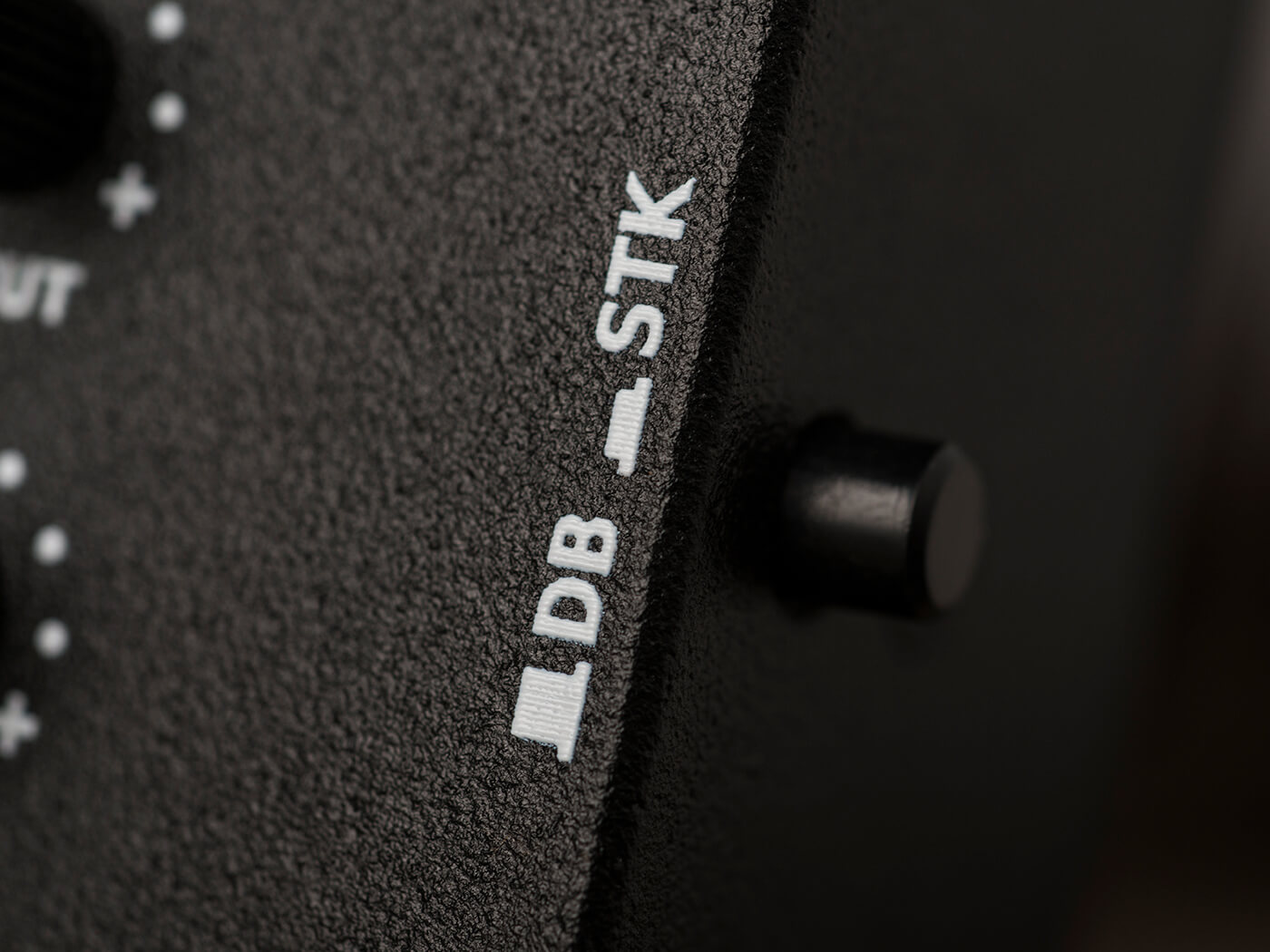 Tests begin with the mix set to 100 per cent dry, high cut at zero and low cut at maximum to precisely match the Twain’s dry signal with the true-bypass tone. The high saturation control adds a pleasing overdrive but low saturation has little audible effect on guitar.

Swinging the mix to 100 per cent wet, the extraordinary versatility of this device becomes apparent. DB mode behaves like a sophisticated and transparent rackmount compressor, while STK is far squishier and covers all the more brutal types of stompbox squish.

The crossover control balances high and low frequencies and helps the Twain exert strong control over transients, without noticeably effecting guitar tone or making you feel like you’re fighting the compression. 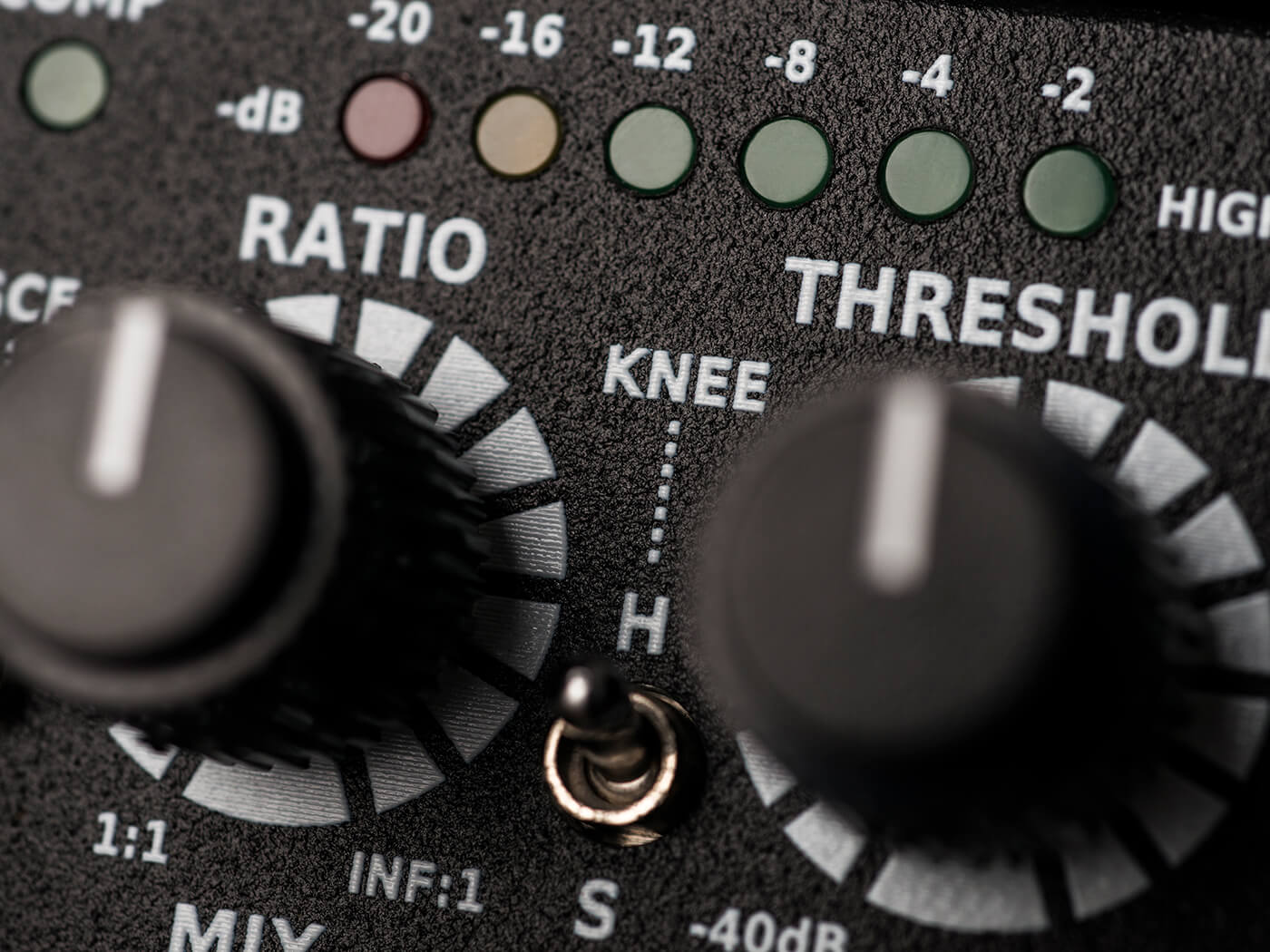 The Twain is more like a multi-band mastering compressor than the units most guitarists will be familiar with. Although its features might seem excessive, it’s ideally suited to the twin challenges of wider frequency and dynamic range presented by active basses. A lengthy familiarisation period will be required for any guitarists who decide to take the plunge, but the Twain cooks up every style of guitar compression we can think of – from subtle and transparent detail enhancement through Lowell George and onto brickwall limiting with unlimited sustain.