British indie pedal-builder Stone Deaf believes in high gain without the pain of a high noise floor, so the Noise Reaper is here to slam the gate on your background bedlam. 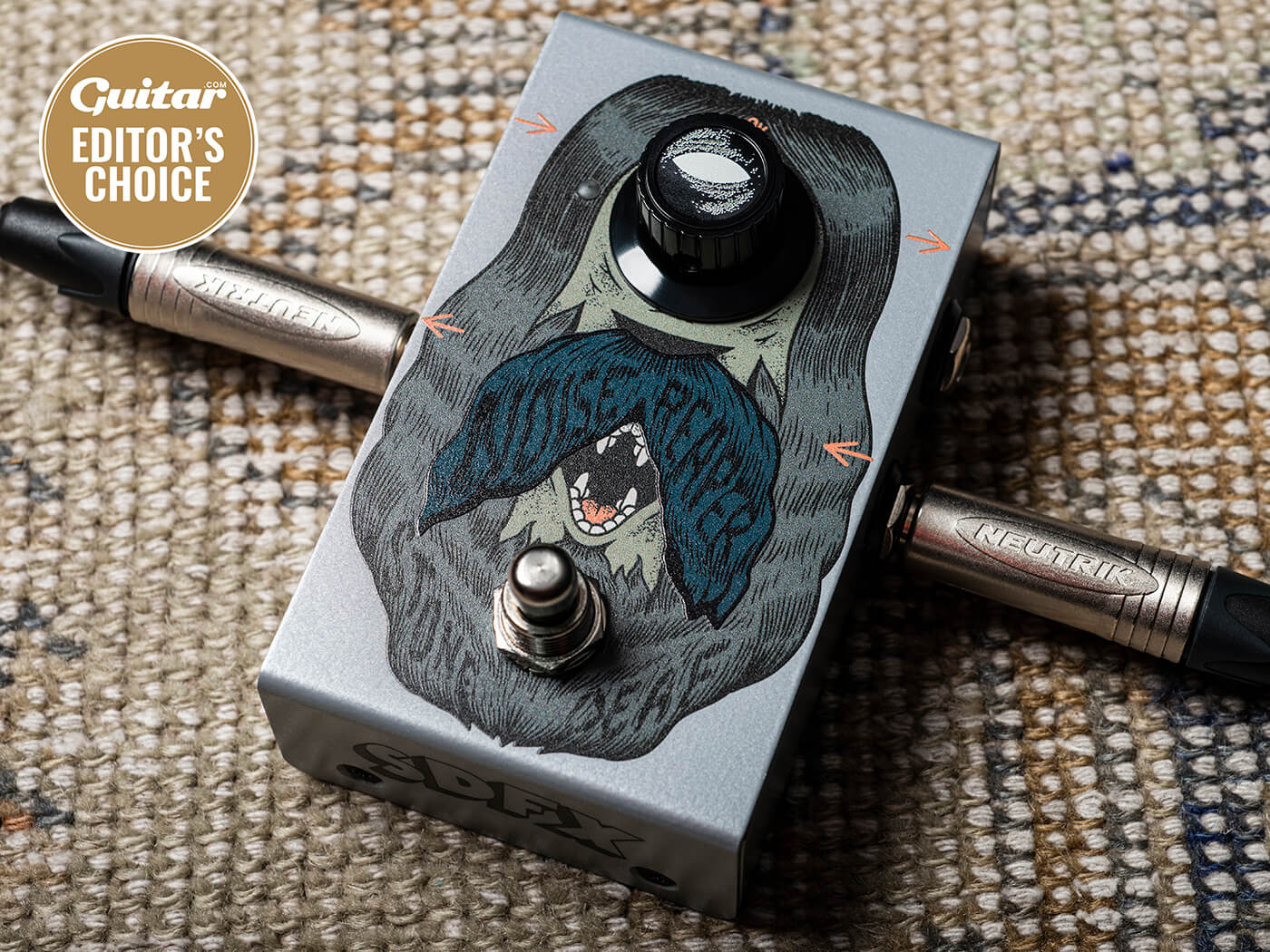 A simple and effective gate that will free your heaviest tones from background noise.

Try as we might, we can’t think of another effects pedal that has its name written across the moustache of a hipster cyclops. Full marks to Stone Deaf for originality of design, then – but as ever, it’s what’s inside the Noise Reaper that concerns us most.

As you’ve probably guessed, it’s a noise gate – and one with just a single control, for setting the gate’s threshold – but it claims to be better than most at removing the stuff you don’t want to hear without cutting into the stuff you do, thanks to the way it compares the clean and distorted versions of your source signal.

Who needs a noise gate? Not everyone, admittedly; but if you’re a high-gain player, especially one who has to keep things tight for percussive low-down riffing, it might be considered an essential tool. This unit is based on the gate found in Stone Deaf’s Fig Fumb and Warp Drive pedals, but has send and return sockets for corralling either your noisy pedals or your amplifier’s overdriving preamp (as long as it has send and return sockets of its own) in a loop. This is the way a lot of modern gates operate, so they can do their work on a distorted signal but take their cues from a clean one.

The manual includes helpful diagrams for both setup options, plus a ‘doubling up’ arrangement in case you need to tackle noise from both preamp and pedals. This involves two Noise Reapers and, if we’ve counted correctly, seven cables. If nothing else, trying to plug all of those in could make a fun family puzzle for those long lockdown evenings. 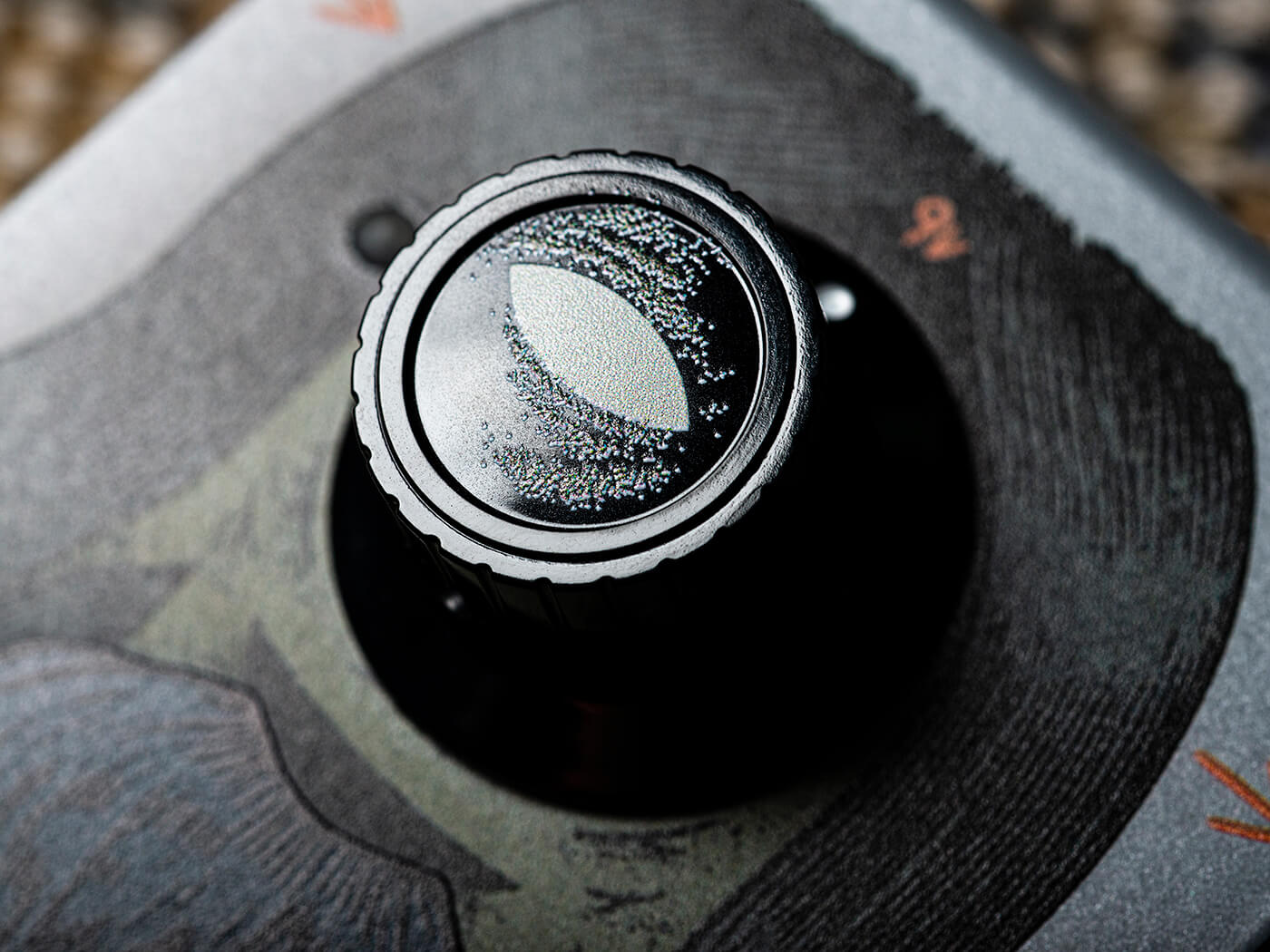 We begin our testing with the Noise Reaper’s loop wrapped around two mid-gain overdrives and a Death By Audio Waveformer Destroyer – a pedal so hellbent on spewing maximum filth that it doesn’t even have a gain control. Setting the gate’s threshold is simple: we start with it all the way down, switch on all our dirt-generators and slowly turn it up until the roar disappears… which it does, completely.

A good gate opens quickly enough to catch the transient attack of the first note and stays open long enough to preserve the decay of the last one. It’s safe to say the Noise Reaper is a good gate. Single notes and detuned chords burst into the room right on cue, then get plenty of room to sustain before being clamped off only when their time is well and truly up.

The way we’re taken in and out of silence is about as natural as it gets; there can be a hint of jerkiness when the gate shuts on a slowly fading chord, but that’s pretty much inevitable and nothing half-decent playing technique won’t fix. And the beauty of the loop setup is that there’s no need to adjust the gate’s threshold when we turn one or two pedals off.

There’s nothing fancy going on here – the Noise Reaper is a problem-solver that does its job with fuss-free precision. 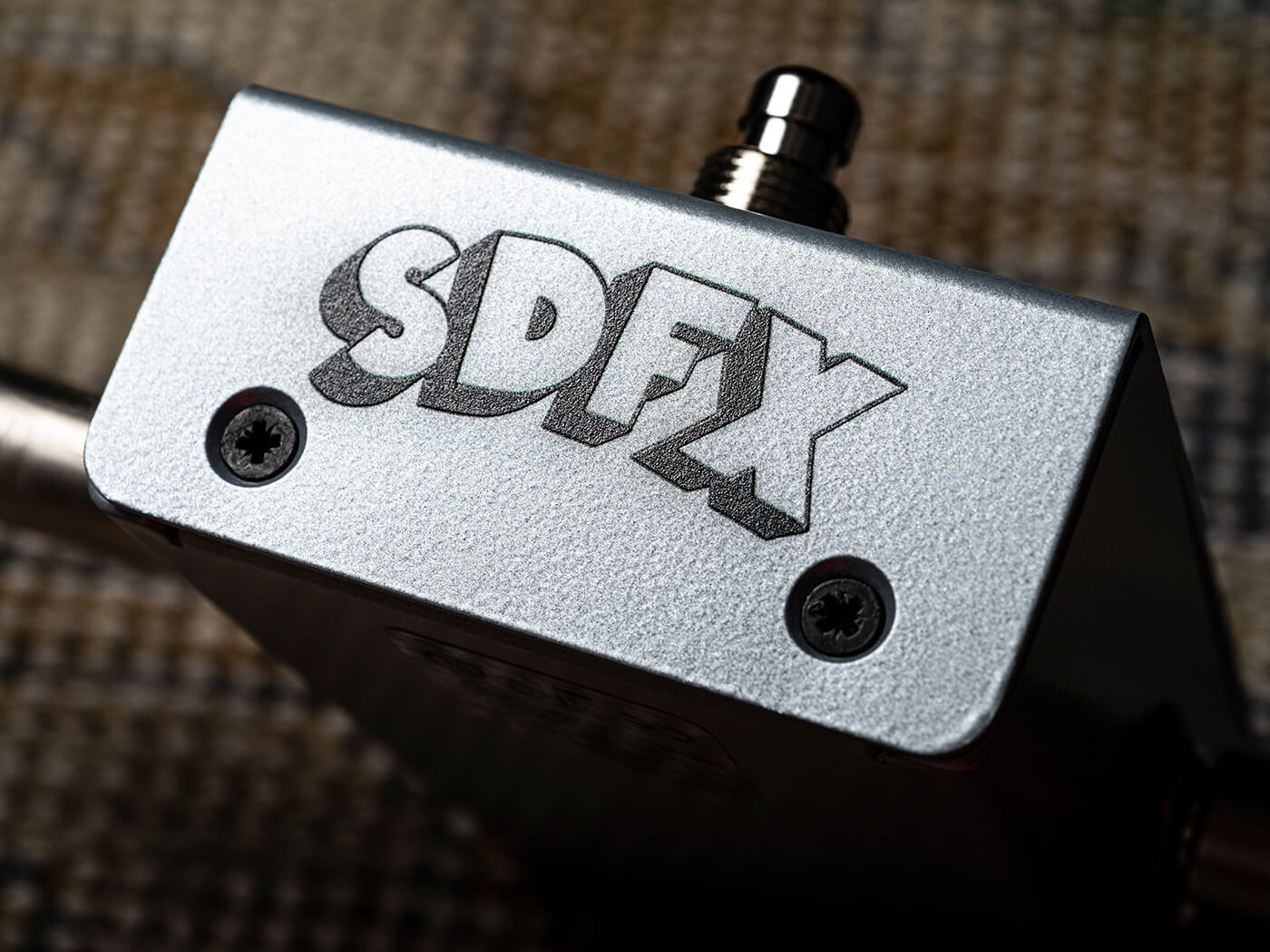